Sure, sure, the X-Men are cool; glowy blue gals, a guy with razor knuckles, all that jazz. But what would happen if you took all the power the X-Men wield and put it into a snarky, adolescent, and reckless (but often hilarious) team of super heroes?

Well “heroes” may not be their word of choice, but the X-Force has rolled with it and made a line-up that is just as badass as it is entertaining. Created in the early 90s as revision of the New Mutants, the X-Force encountered many line-up changes through the years, but a few of our favorites have become long-standing stars on the team. Wit, strength, and in some cases, an insatiable appetite for chimichangas have made these six heroes a part of the core of this team’s saga. 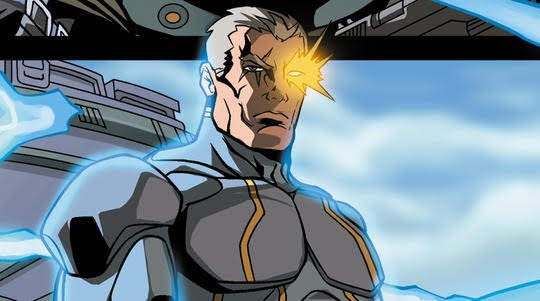 If your father is Cyclops and your mother has the DNA of Jean Grey, chances are that you’re going to be one powerful dude, as is the case with Nathan Summers, AKA Cable. But with great power usually comes someone who wants you dead. After being infected with a techno-organic virus at Apocalypse’s hand, the only option Nathan had of survival was to be teleported to the future.

He was revived in all his telekinetic glory, but constantly has to use his powers to keep the virus at bay, meaning that his powers can’t always be used to their full potential. But that doesn’t stop him from reading minds or moving objects at his will. With impressive time-hopping abilities, Cable became the founder and ring leader for his band of exceptional mutants, essentially creating the X-Force. 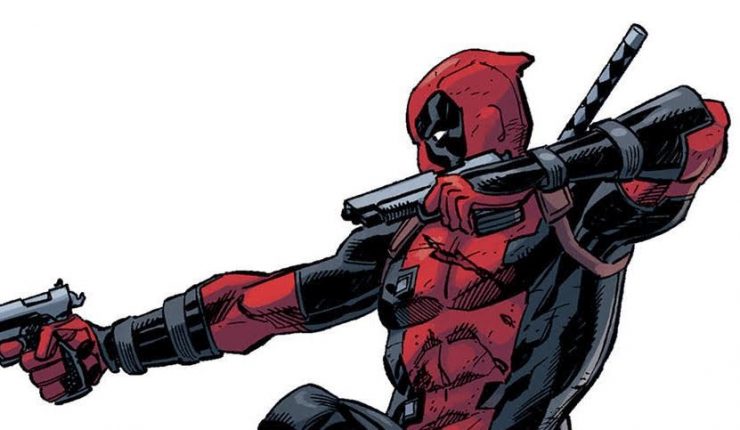 Of course, we had to include our favorite Merc with a Mouth, Wade Wilson. Cancer combined with regenerative healing and the ironic inability to die left Wade Wilson’s face looking like “Ryan Reynolds crossed with a Shar-Pei,” but what wonders a red and black mask can do! Dubbed an anti-hero, Deadpool’s regenerating abilities and his excellent marksmanship make him a force to be reckoned with.

Let’s face it; we all really love him for his off-the-cuff humor and frequent shattering of the fourth wall. Whether it’s practicing some crazy martial arts skills or gracefully cutting off a villain’s monologue because it’s simply too boring for him, Deadpool is the (anti) hero we all wish we could be. 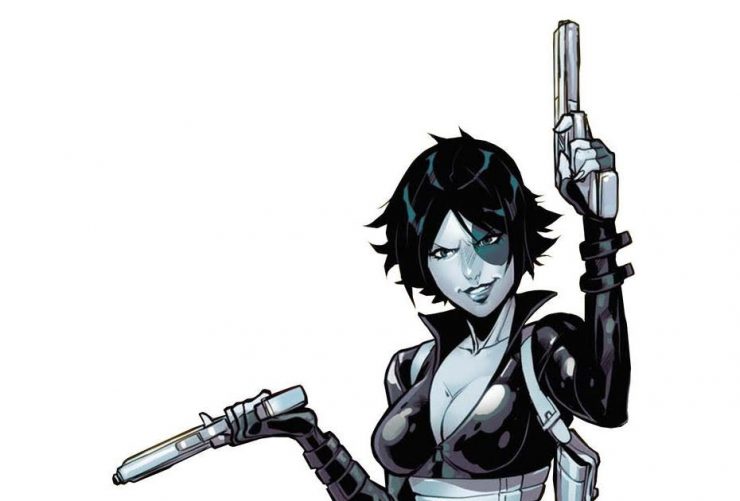 A probability-altering psionic aura, amazing athletic skills, a staff that fires ammo, and to top it all off she’s multi-lingual: meet Neena Thurman. Originally a genetic experiment through Project Armageddon, Neena, AKA Domino, was the only surviving mutant from a quest to create the ultimate weapon. Despite her rough upbringing between a lab and an Armajesuit cult, Domino managed to create a name for herself in the for-hire mercenary ring with her set of skills.

While bad luck for Domino is improbable, it is not impossible: as long as she is an active participant in the event, she can alter anything within her line of vison for the best possible outcome, from shifting a pebble to causing a lightning strike, but she couldn’t keep the man she fell in love with out of danger. Domino’s journey from the original Wild Pack to X-Force wasn’t always smooth, as a period when she was imprisoned by Tolliver created an opportunity for a new member to sneak in… 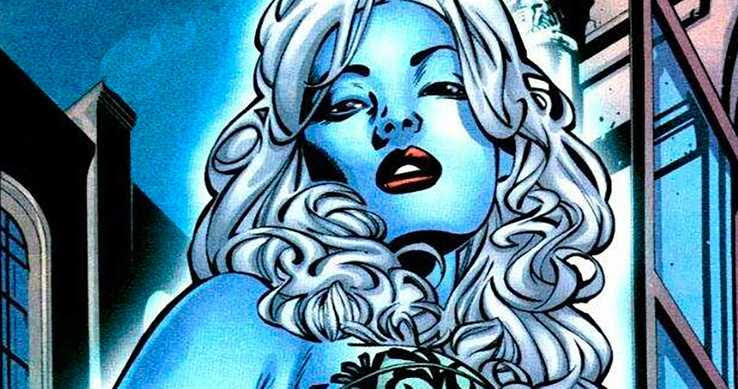 If the name Vanessa sounds familiar to you, then you may be a Deadpool fan. However, Vanessa Carlysle is much much more than just Deadpool’s girlfriend. For starters, she’s a shapeshifter who can take on the appearance of another being down to the very molecule. But she doesn’t always use these powers for good. Copycat is best known for having impersonated Domino at the bidding of her employer, Tolliver.

While Domino was kept prisoner, Copycat became part of the X-Force as a spy, but couldn’t help to grow close to them, complicating her original mission. Her love for Cable, the man she was sent to kill, made it impossible to blow up the X-Force headquarters as she was tasked. But Tolliver is a man with leverage. Deadpool, who had broken up with Copycat before her mission began, was sent in by Tolliver to reveal her secret identity and complete what she had failed to do. Luckily, the team was unharmed as they escaped, unbeknownst to Copycat, and her time in the X-Force was abruptly ended. 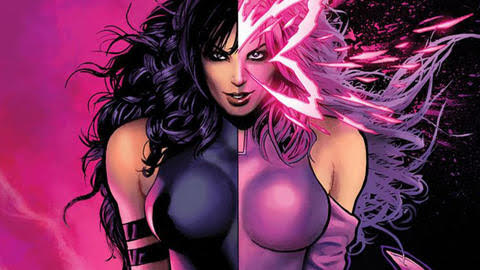 For Betsy Braddock, AKA Psylocke, a history with the powers runs deep in her family genes. Her twin brother is Captain Britain, a superhero in his own right and the other half of a dynamic duo who separates for long periods of time, only to be reunited again when they least expect it. But what makes Betsy different from her brother Brian is the extent of her abilities.

Precognition, telepathy, and telekinesis are just a few oh her powers, but combine that with some sweet karate moves she learned during her stint as a soul in a Japanese woman’s body (an even longer story for another day), and you’ve got yourself one kick-ass member of the X-Force. While not an original member of the team, she does take part in the “Uncanny X-Force” saga, one of the most highly acclaimed for its vivid storytelling and deep message. Whether she’s battling the earth’s destruction on her own, with her brother, or as part of a team, her mind powers keep her one step ahead of the game and make her an awe-inspiring force. 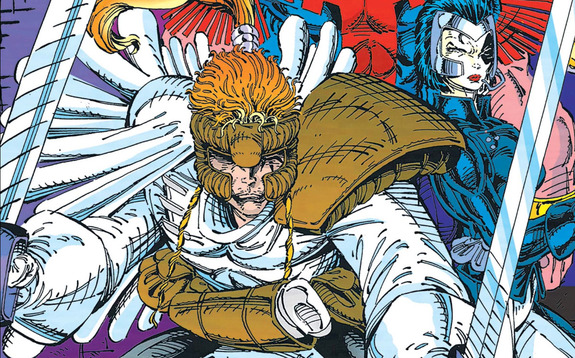 From his roots as an intergalactic slave, Shatterstar sure has come a long way. Originally genetically engineered as an arena gladiator on the planet Mojoworld, Shatterstar used his fighting capabilities to escape and attempt to overthrow Mojo, the evil dictator of the planet he was born on. But Shatterstar and the rebel group the Cadre Alliance could not do it alone. When traveling back in time to seek assistance, Shatterstar stumbled upon the beginnings of the X-Force. Originally, he intended on fighting Cable and the other founding members of the X-Force, however, seeing as their morals were similar to each other and after an agreement, Shatterstar joined the others and began using his abilities as part of the team.

While his history is somewhat of a mystery, it is confirmed that there is some connection between Shatterstar and the human mutant Benjamin Russell. Shatterstar’s soul was inserted into Benjamin’s body when the latter had not recovered from a coma and Shatterstar’s original body was mortally wounded. The connection between the two is not clear, however, whether they are one in the same person or not, it seems true that Shatterstar’s parents are Longshot and Dazzler. His inherited hollow bones from his father make for excellent speed and swiftness while his own abilities in combat, stamina, reflexes, strength, and healing abilities are a much-needed attribute to the X-Force.

So, was your favorite X-Force member mentioned on this list? Got a mutant who’s in need of some limelight? Give us a shout out in the comments as to who you believe is X-Force’s greatest hero!

Did you see Deadpool 2?  A cinematic version of X-Force debuted in the explosive sequel, so get to know the live-action versions of our heroes with the Mutant Who’s Who of Deadpool 2’s X-Force!