Director Zack Snyder shared a new photo of a clapper board with the Justice League logo on it. The photo confirms that production has begun on the reshoots for the film. Zack Snyder’s Justice League will premiere on HBO Max in 2021.

The Wheel of Time Audio and Animation

Amazon released the first audio clip from their upcoming series The Wheel of Time. It shows an animated video of black and white bubbles changing and moving to form a symbol similar to a yin-yang. There is no further news about The Wheel of Time series at this time.

After several changes to the cast, Y: The Last Man is beginning production. Ben Schnetzer will play Yorick Brown and his pet monkey named Ampersand will now be CG animated. Y: The Last Man is set to premiere on FX on Hulu in 2021. 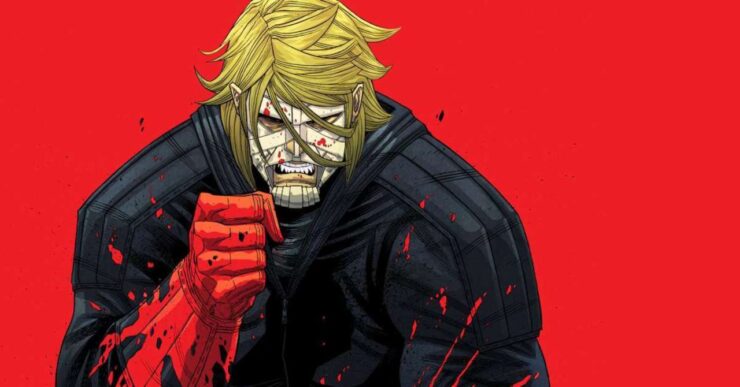 According to The Hollywood Reporter, Image Comics’ The Strange Talent of Luther Strode is set to be adapted into a movie by a new production company called Allnighter. The series follows Luther Strode, a teenager who mails away for a catalog advertised in a comic book hoping to gain the secret to getting muscles quickly, only to receive an instruction manual from a murder cult as old as the human race. There’s no further news about The Strange Talent of Luther Strode film at this time.