Using a complex algorithm*, the Sideshow March Madness bracket has been seeded with YOUR most popularly searched characters, going head to head in the ultimate annual fanboy showdown. Your votes will determine who will move on to the next round and who’s out for the season. Let’s take a look at the match ups: 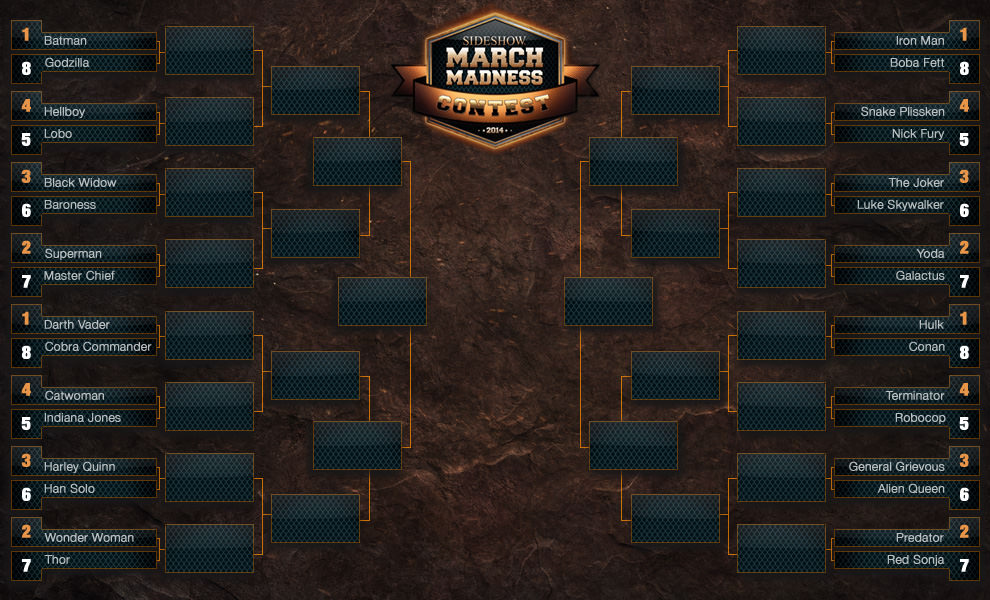 *we made it up as we went

Starting in the first quarter tree, each with a new big budget motion picture on the way, Batman will face off against the King of the Monsters. Will our new contender “show again and again how nature points up the folly of man” or will it be “Oh no, they say he’s got to go! Go, go Godzilla!” Back in black, the Baroness takes on the Black Widow, while Hellboy and Lobo throw down to determine who will be the fan-favorite wisecracking loud-mouth with a weakness for adorable animals. Wrapping up this corner, Superman versus Master Chief pits the lone Spartan against the last son of Krypton.

In the second quarter, a showdown between Darth Vader and Cobra Commander may be decided on any number of factors, from who wears the better helmet to who commands a better Empire. Harley Quinn takes on Han Solo, and fans will decide who gets whipped when Catwoman faces off against Indiana Jones. Finally, all the realms will rumble in a battle of mythological proportions between Wonder Woman and Thor. 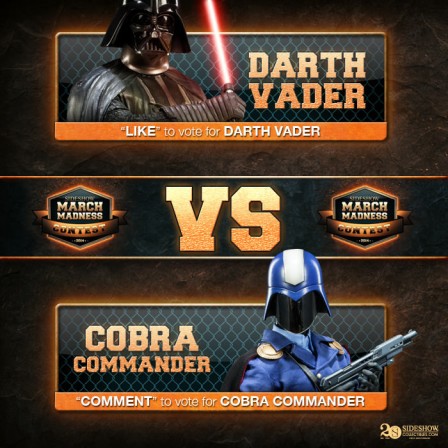 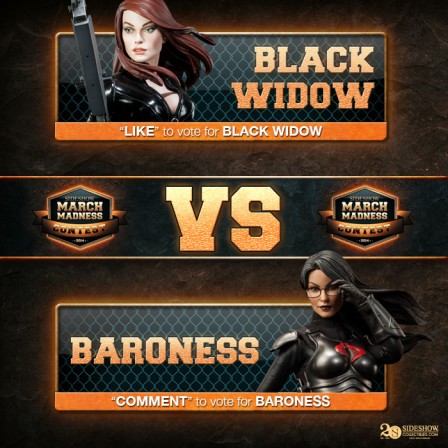 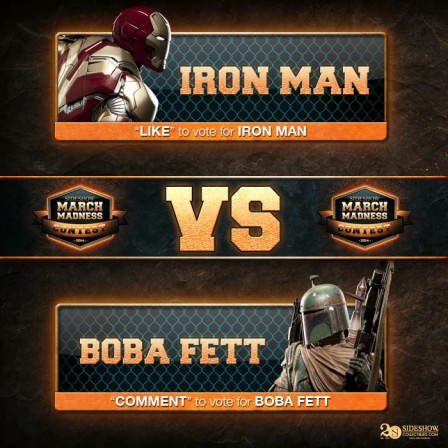 Armed to the teeth and with rockets to boot, we expect a close call between Iron Man and Boba Fett in the third quarter tree. Eyepatch-wearing tough guys, Snake Plissken and Nick Fury go head to head, and the Joker faces off with Luke Skywalker in a glorious geek showdown, with a wink and nod to the great Mark Hamill. Rounding out this quarter, Yoda throws down against Galactus, but judge this one by size, will you? The Force is strong with the Jedi master who prevailed as last year’s winner, but is it enough to keep him from being devoured like so many worlds? 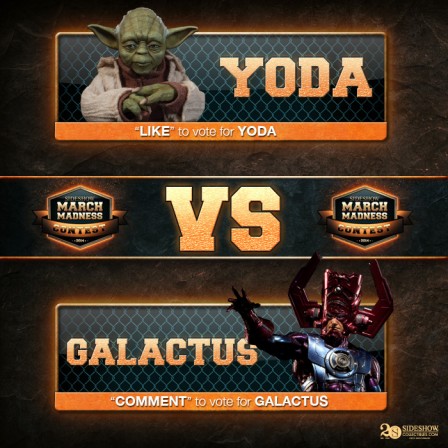 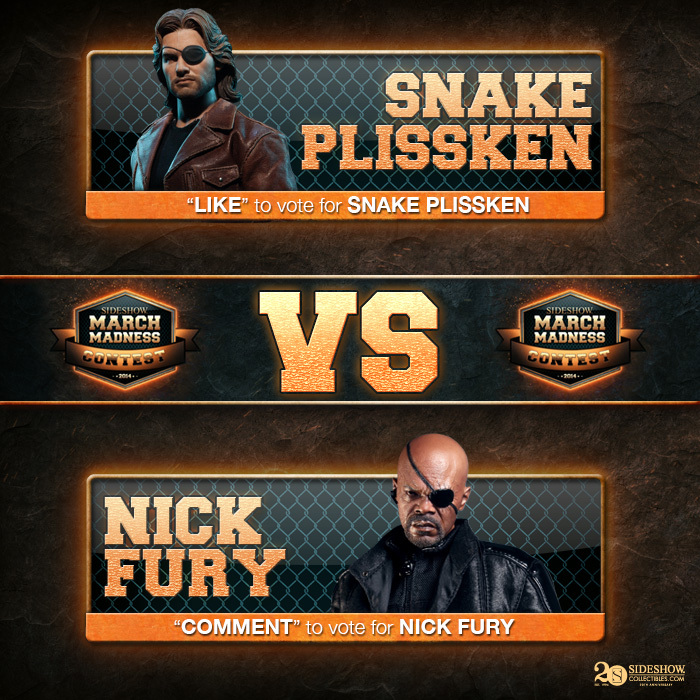 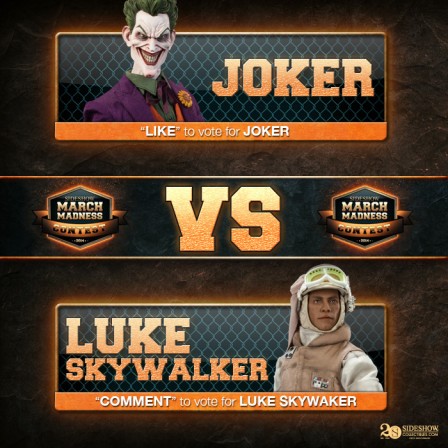 In the final corner, it’s a clash of the titans with Hulk facing Conan the Barbarian, and frankly, we wouldn’t like to see either of them when they’re angry. Fan favorites from the 80’s, the future of law enforcement faces off against the time traveling terror of Skynet in a cyborg showdown, while the vicious and many-armed General Grievous takes on the Alien Queen. Finally, two of the ultimate hunters go head to head with Predator versus Red Sonja, and only you can decide who will take home the trophy!

Head to our Facebook page to vote for your favorites, where winners will be determined by Likes versus Comments.
Then, keep an eye on our March Madness page to track the results, and be sure to enter new contests each round to compete for incredible prizes. Let the Madness begin!

Did you know: Boba Fett

Catwoman whips up some action!