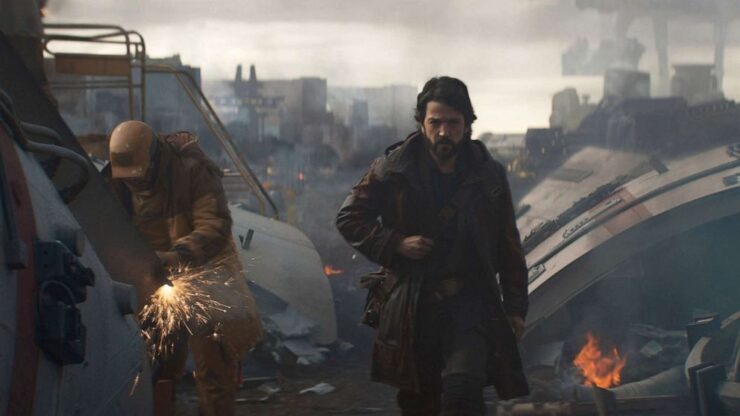 A reckoning is coming … and it sounds just like Star Wars: Andor™! The newest installment in the Star Wars™ canon will go back a not-so-long time ago when the galaxy was caught under the Galactic Empire’s fist. In the early days of the Rebel Alliance, standing up meant standing out.

Thanks to heroes like Cassian Andor™, however, the Rebellion did take root across the galaxy, laying the groundwork for a fire that would burn brighter than any Imperial evil. As we prepare for the September 21 premiere of Andor, there’s still plenty of mystery around the new show. Namely, which fan-favorite characters might pop up?

Let us know who you most want to see in Star Wars: Andor!

When Andor premieres on September 21, the Rebellion will officially begin! What are your predictions and (only) hopes for the show?

Join something real alongside other Star Wars fans and tell us in the Let Your Spoiler Sideshow Facebook Group, and don’t forget to Let Your Geek Sideshow!