The Man of Steel explodes into action like never before, with the Christopher Reeve as Superman Premium Format™ Figure.

Having just celebrated his 75th anniversary last year, the all-American icon endures through the decades like, well, a Man of Steel. Superman’s famous red cape soars on, even while aspects and attributes of the world’s first comic book superhero change as a reflection of the times and culture.

But of the character’s many appearances — in comics, television, animation, and film — for many fans the face of Superman remains that of Christopher Reeve. Full of heart, humor and sincerity, Reeve captured the world with his performance in Richard Donner’s 1978 award-winning film, and made us ‘believe a man can fly.’ 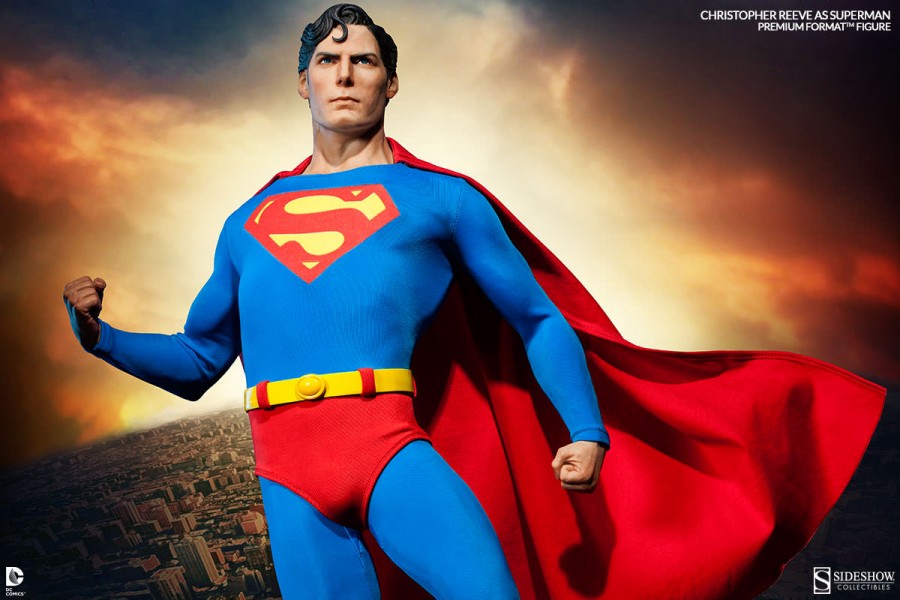 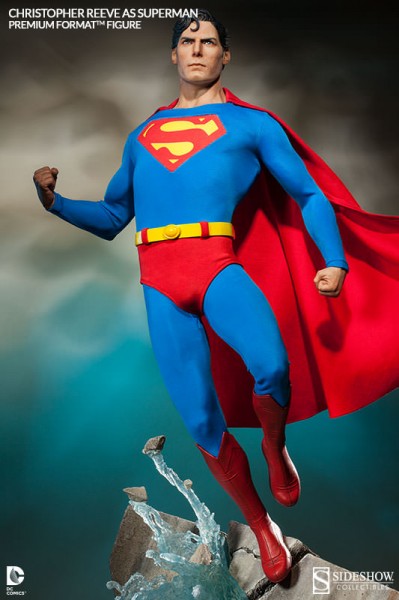 Commemorating Reeve’s quintessential portrayal of the last son of Krypton, Superman vaults into flight over the Hoover Dam with this gravity-defying composition.

Featuring an unmistakable lifelike portrait, film accurate tailored costume and poseable cape, this remarkable statue captures one of the most fondly remembered depictions of Superman ever committed to the big screen. 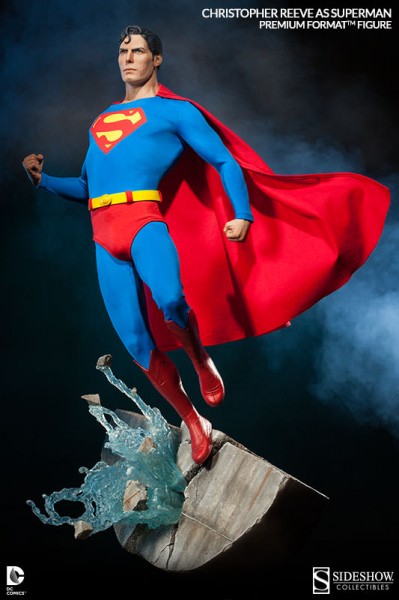 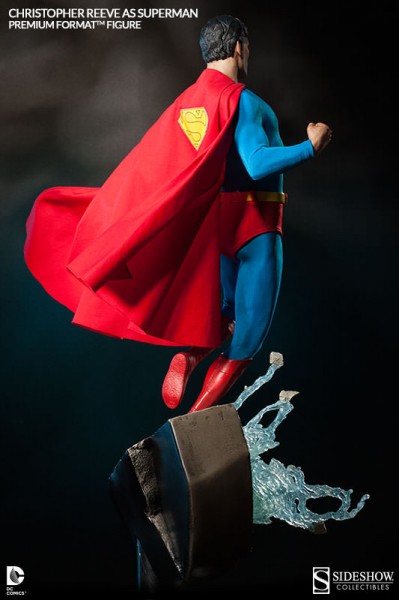 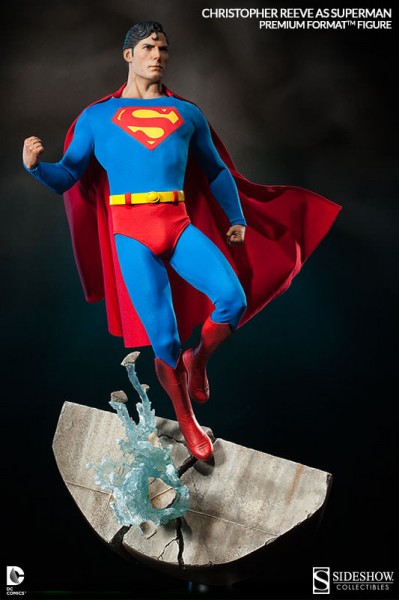 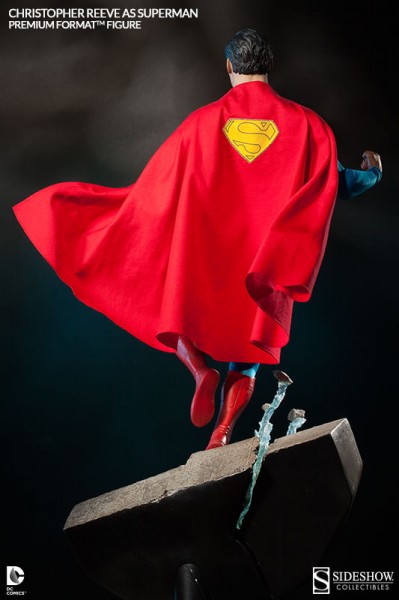 Representing the key to Superman’s Fortress of Solitude and true heritage, the Sideshow Exclusive version will include the green knowledge crystal with base, an additional sculpted display piece (shown left) that is sure to delight fans.

Standing two and a half feet tall, the Superman Premium Format™ Figure is an impressive museum-quality piece of film memorabilia, sure to be a treasured addition to any collection.

Both the regular and exclusive versions will be priced at $424.99, with optional payment plans available.
Pre-orders begin Thursday, March 6.

A portion of the proceeds from this figure will be donated to the Christopher and Dana Reeve Foundation.