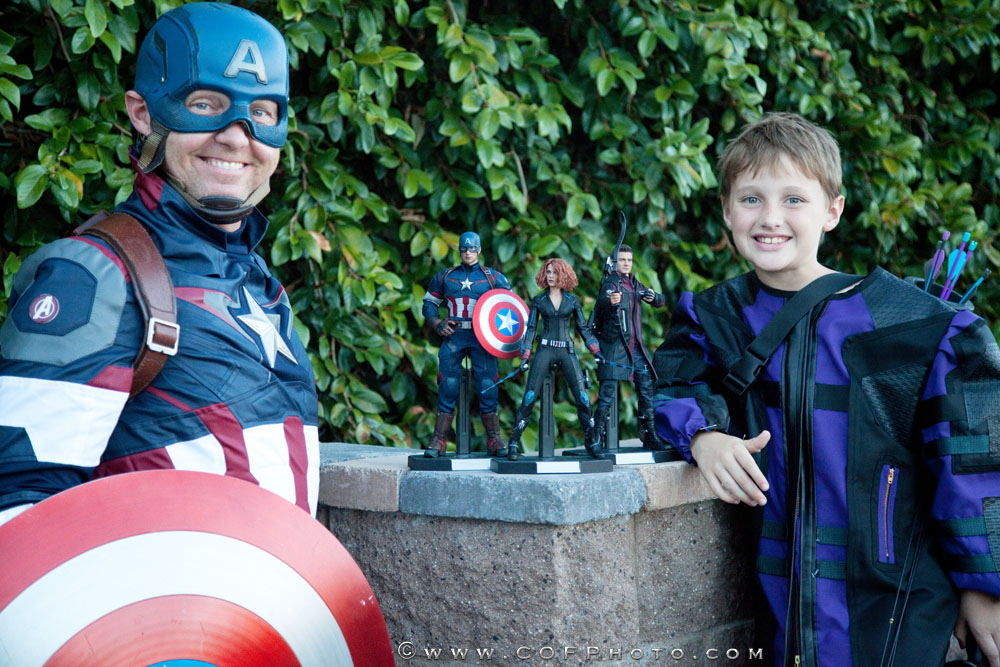 One of the problems with being a Hot Toys collector is that they just keep getting better and better. The same holds true for the Black Widow figure from Avengers: Age of Ultron!

All four Widow figures have been nice, with unique portraits of Scarlett Johansson, hairstyles, and suits from the various films. The AoU Black Widow is a perfect addition to the line-up, with an awesome looking tech suit and tons of additional accessories. The suit itself has so much more detail than the prior ones, there’s just no comparison. Gavin observed that the small pops of red on her gauntlets helps tie her in more with the team, because Cap, Thor and Iron Man all have a lot of red on their uniforms. 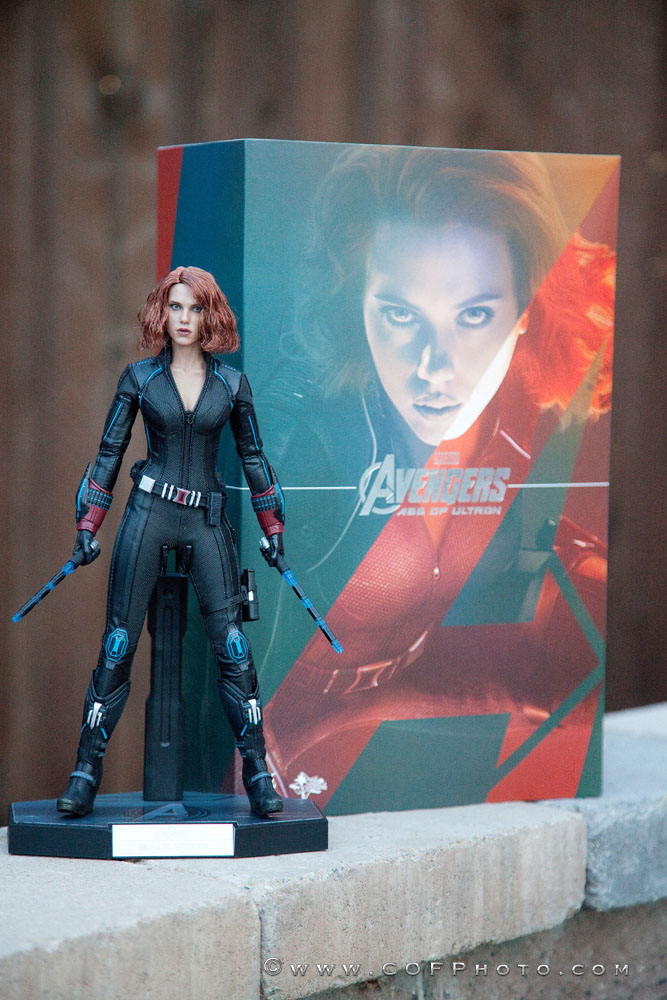 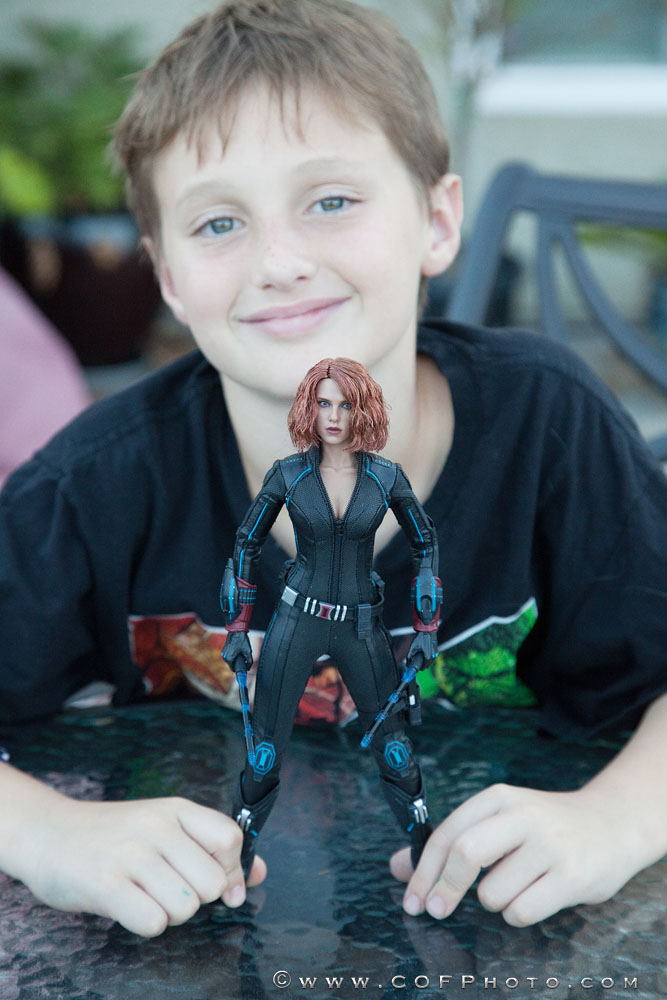 Speaking of extras, Gavin and I were immediately drawn to Widow’s Big Guns right out of the box. I mean, look at the size of them! Apparently those guns wound up on the cutting room floor, because although they were in a few of the trailers they didn’t make it in the final movie. Maybe we will get to see them again in the deleted scenes, but until then thankfully they come with the figure, and she looks amazing holding them! 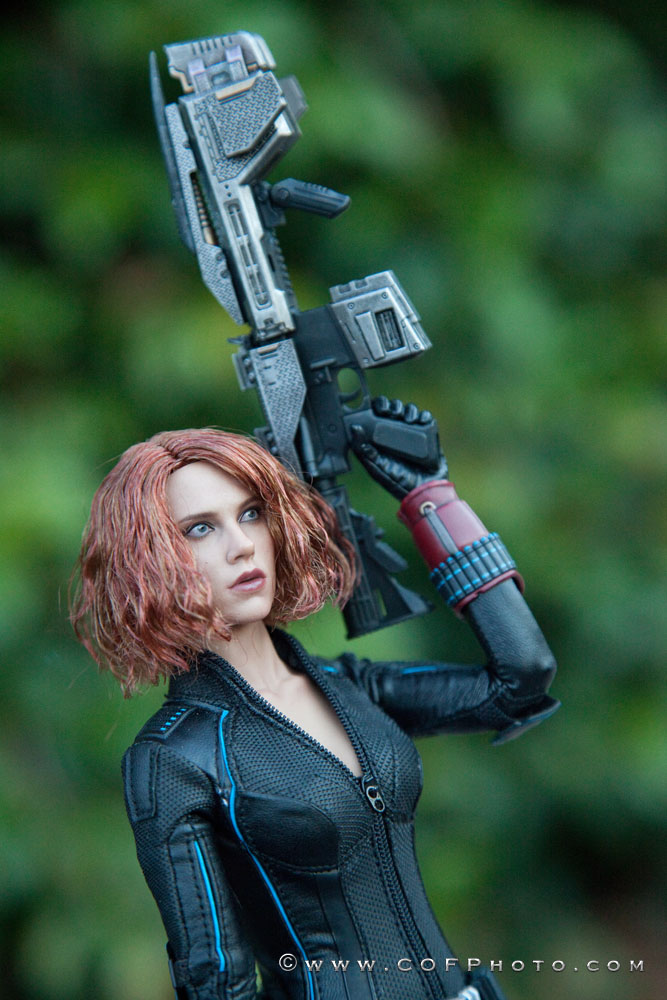 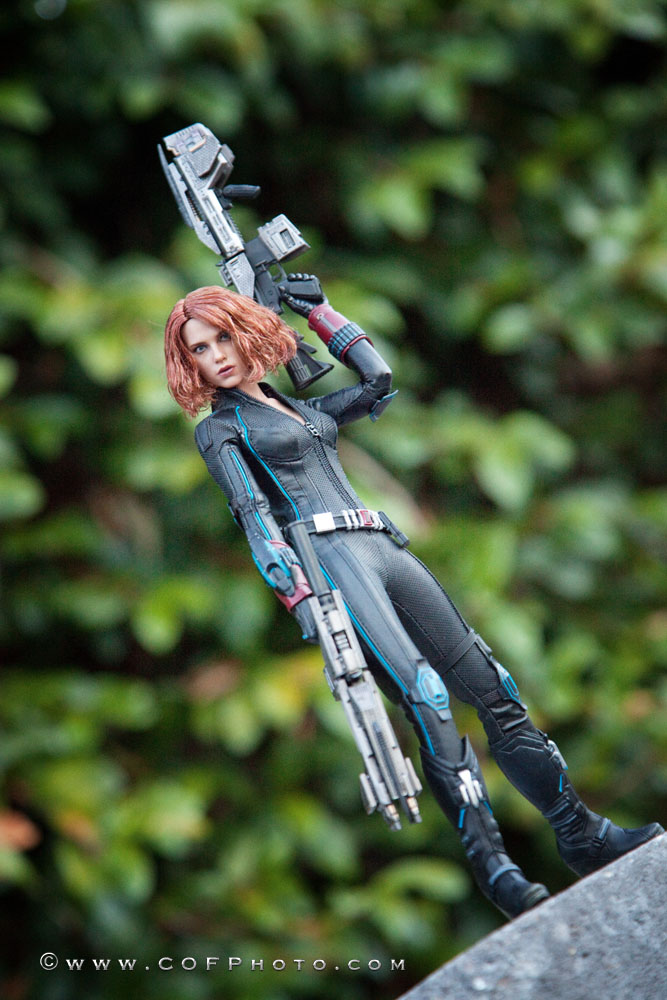 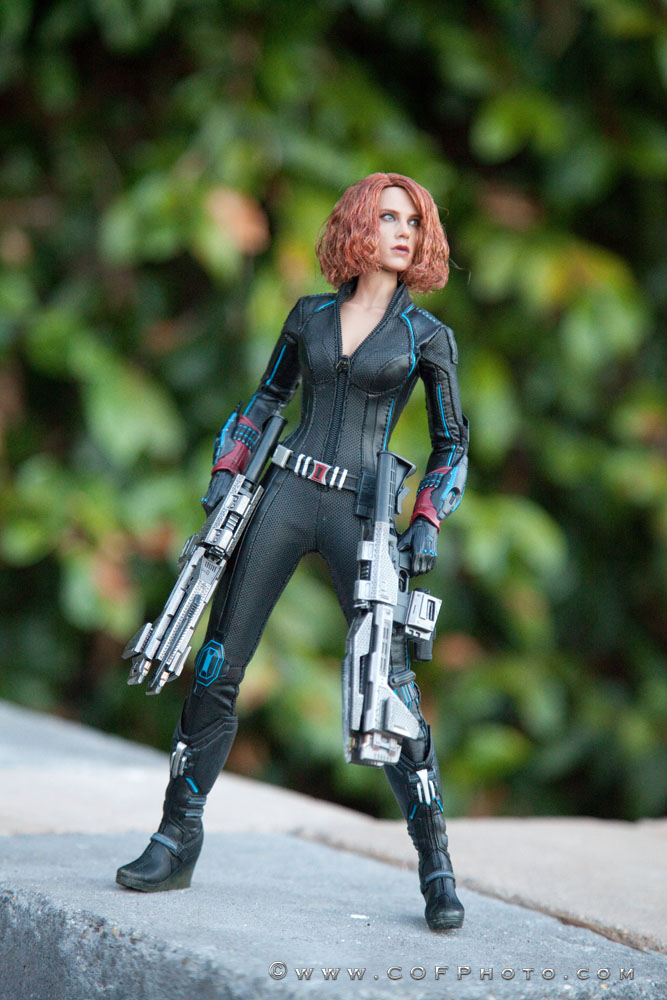 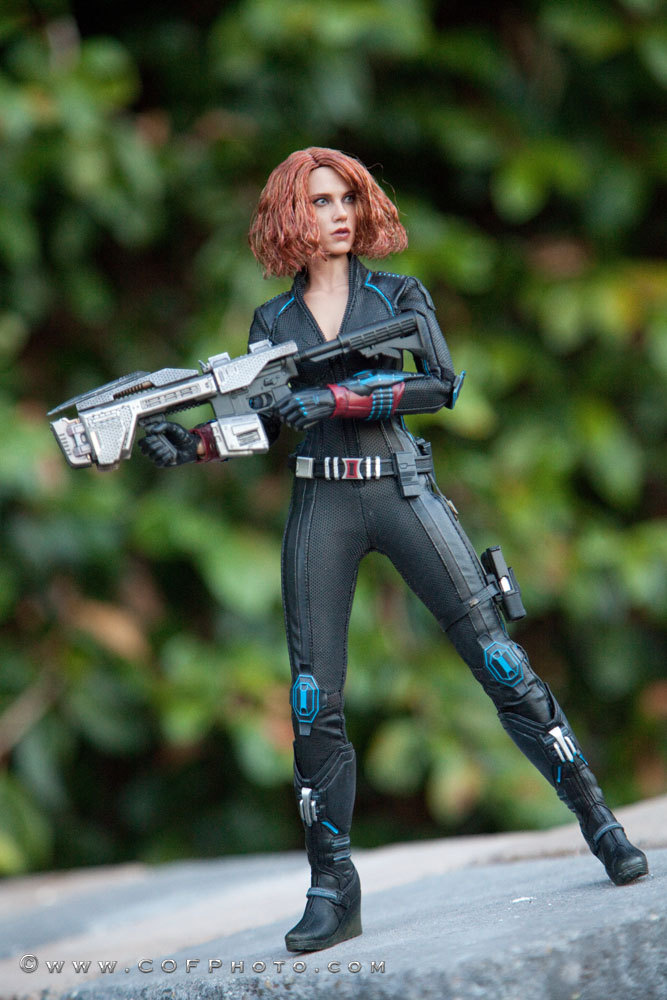 In addition to The Big Guns, Black Widow comes with her traditional Widow Stingers on each arm. But this time she also has some cool, red gauntlets. Want to pose her electrocuting some bad guys? You can, because she also comes with some pretty rad electricity attachments that you can put around her hands. 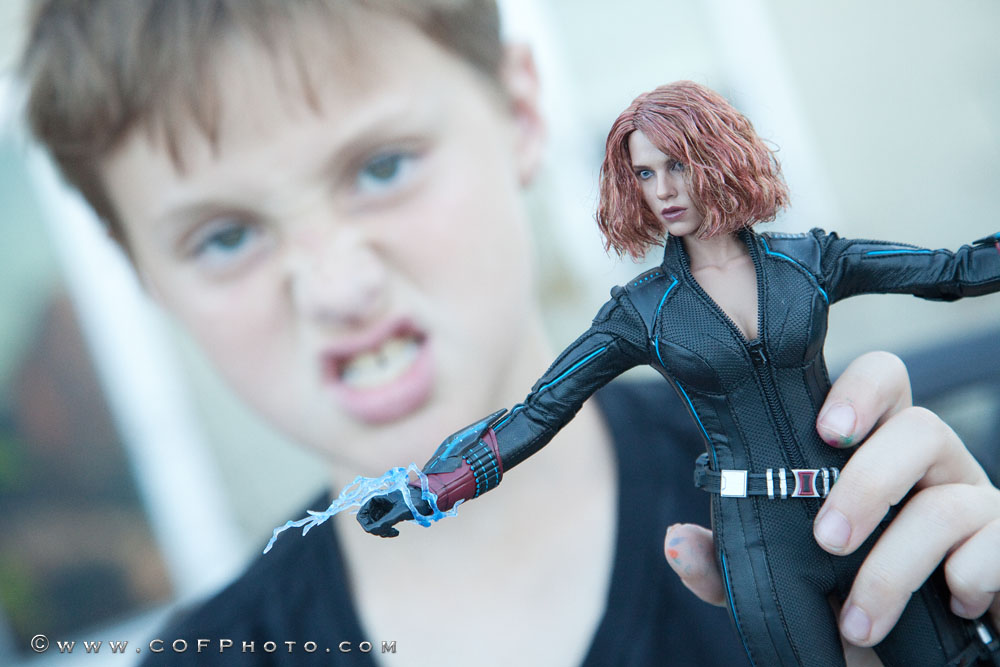 But wait, there’s more. She also comes with a pair of super awesome looking batons. Gavin and I called them “Tron Batons”. We’re huge Tron fans and both of us felt that the blue coloring of the details on the suit and batons reminded us of Tron suits. Which is one of the reasons we like this suit and this figure the best of the three from Hot Toys. 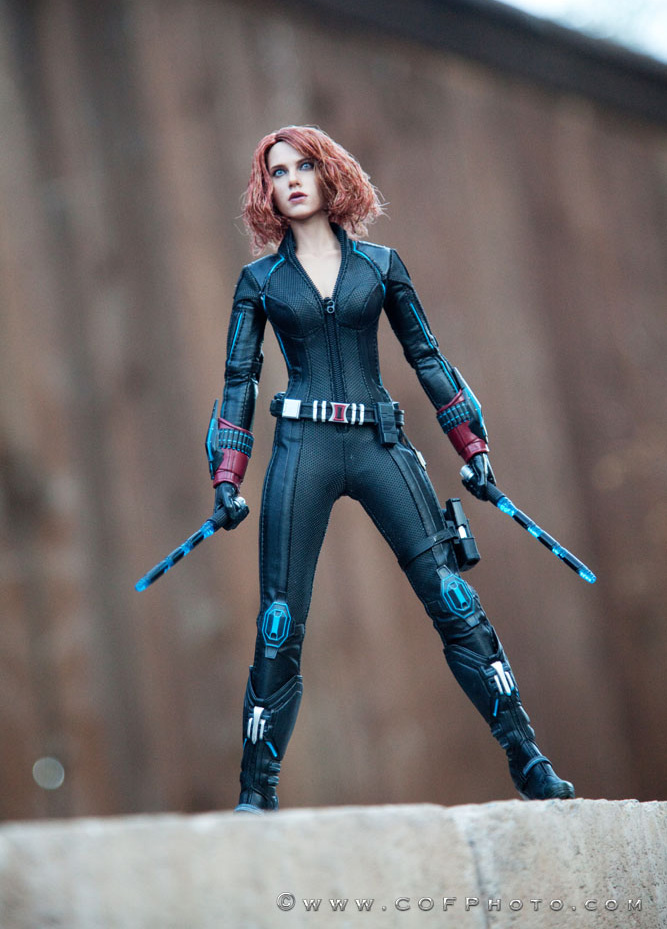 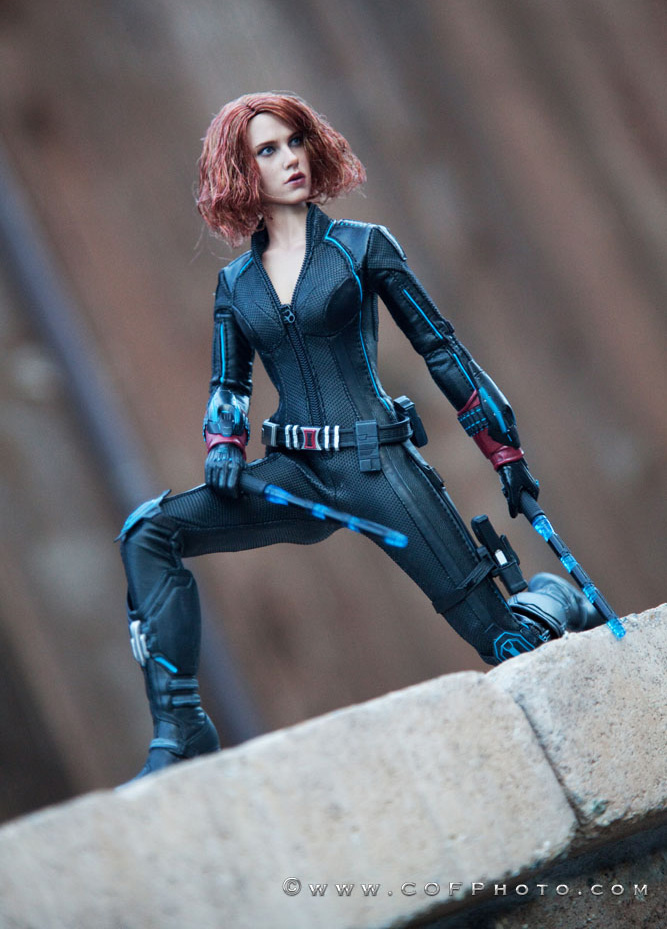 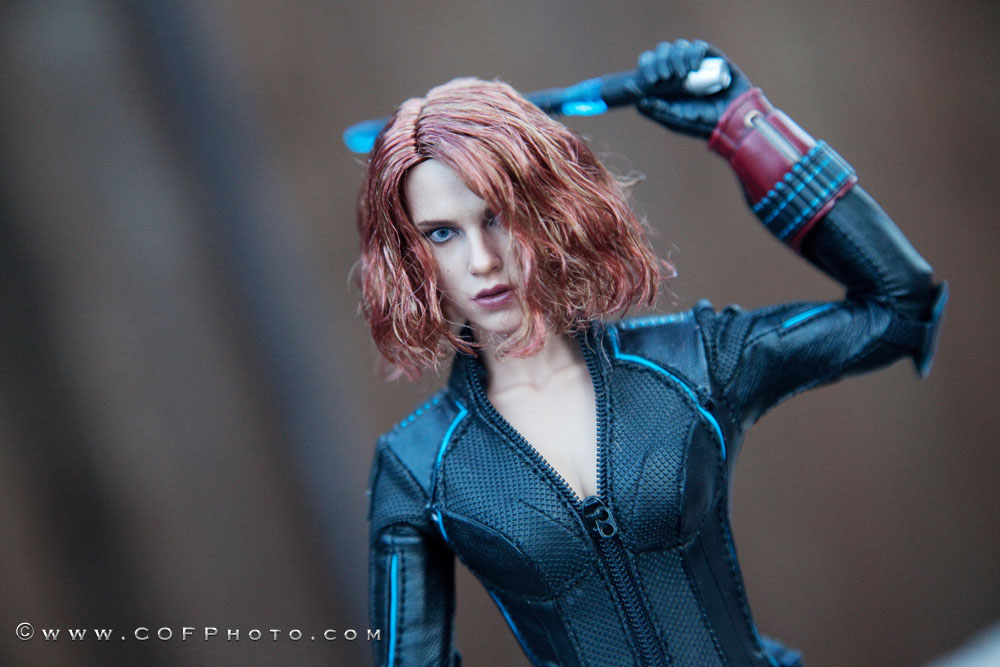 And let’s not forget the base. The sturdy new Age of Ultron bases have a great style that tie them all together as a collection. 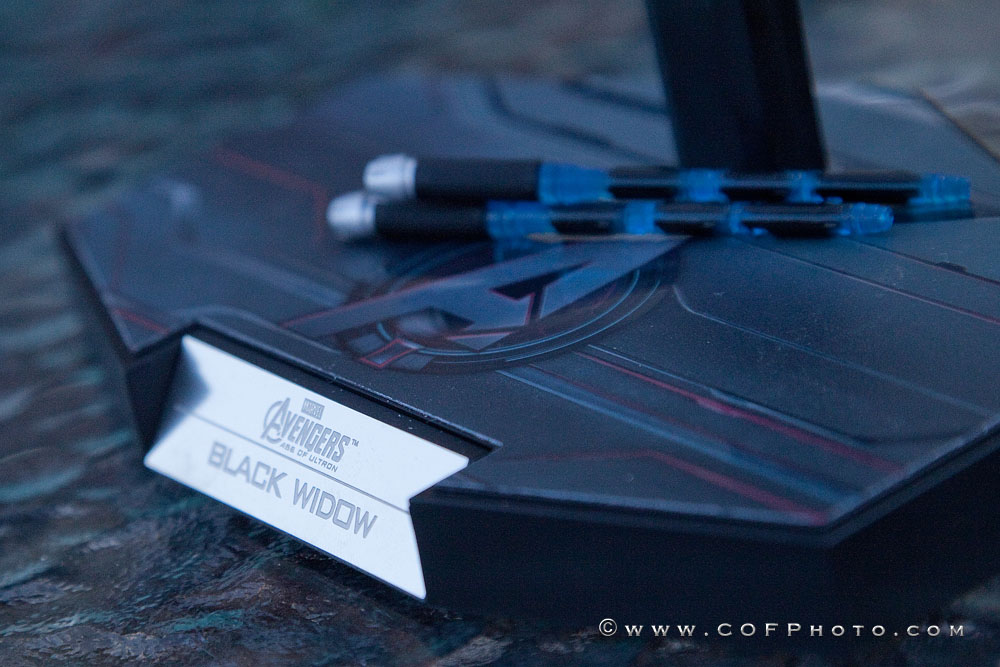 We couldn’t resist setting up some shots of Widow along with two of her teammates – Cap and Hawk. These three just look SO good together! 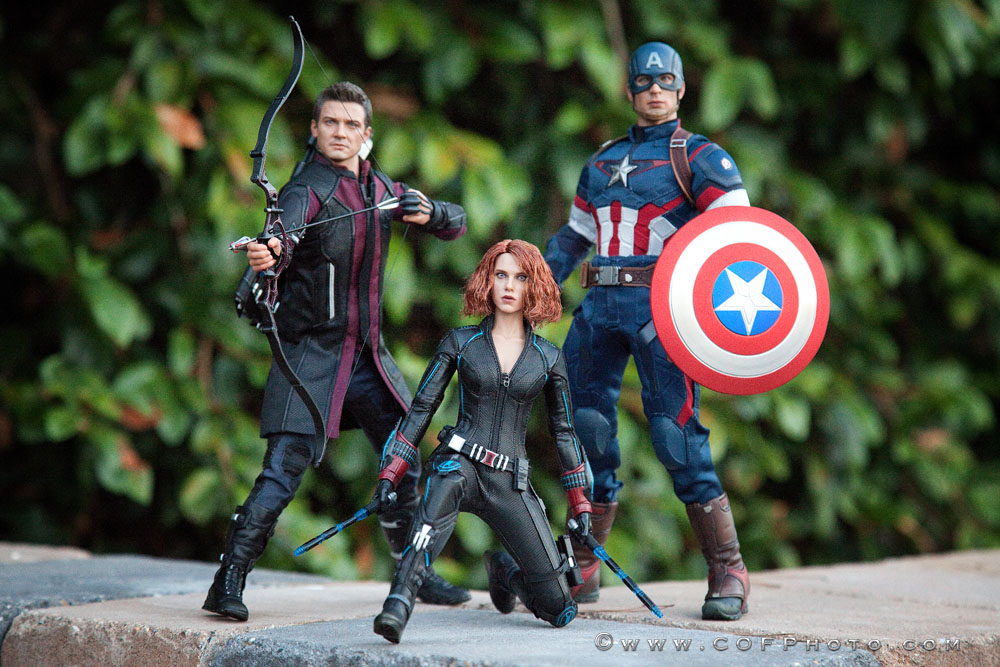 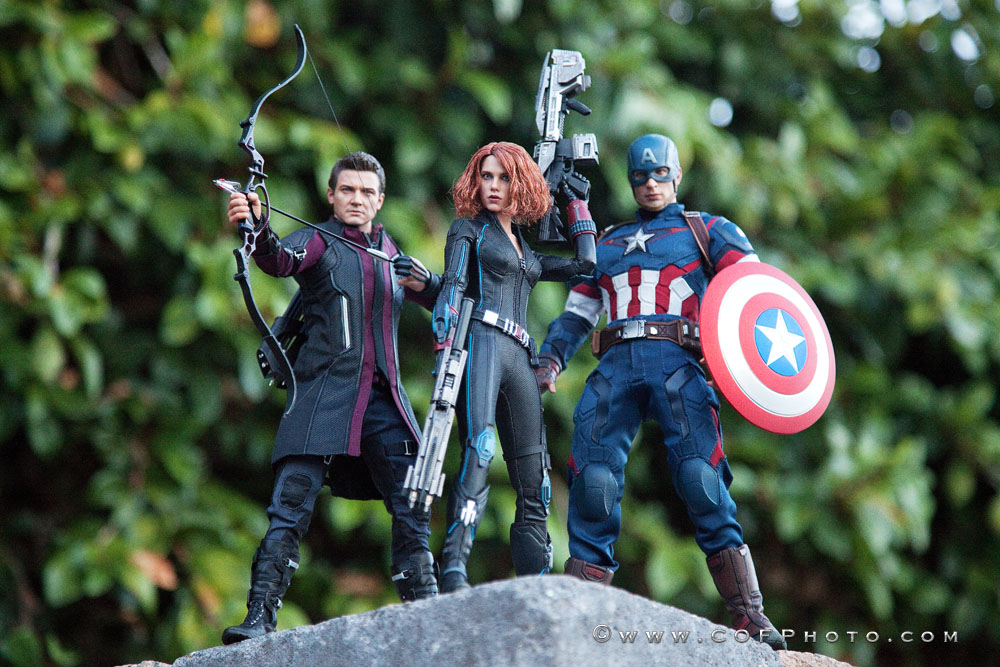 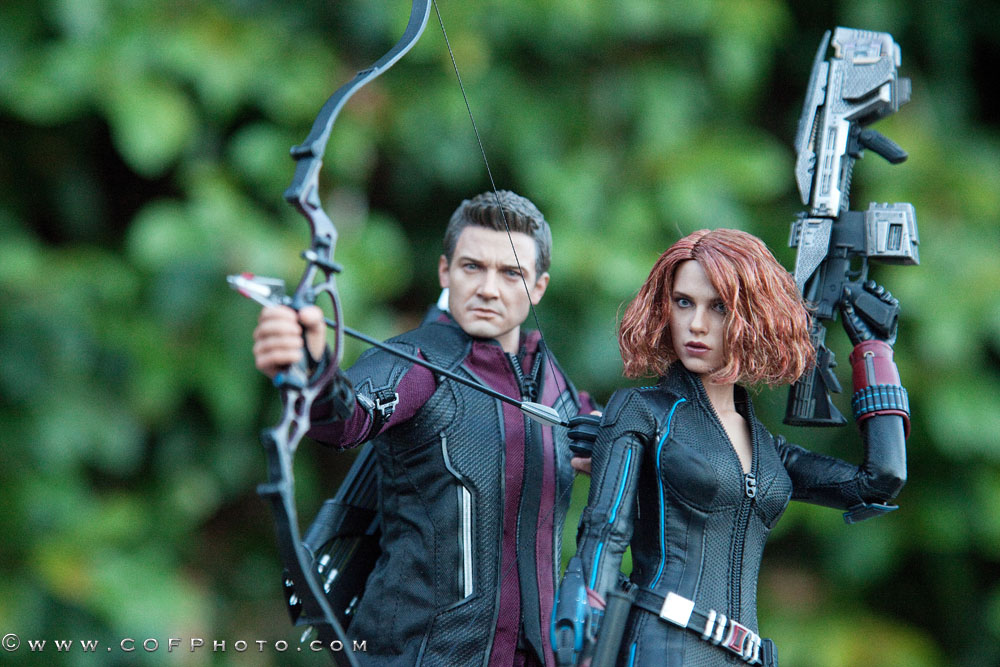 With Hulk and Iron Man and Thor on the way, we’ll soon have our Age of Ultron collection complete! Don’t forget about Hulkbuster! And Ultron…and Vision… and Scarlet Witch, and Quicksilver… 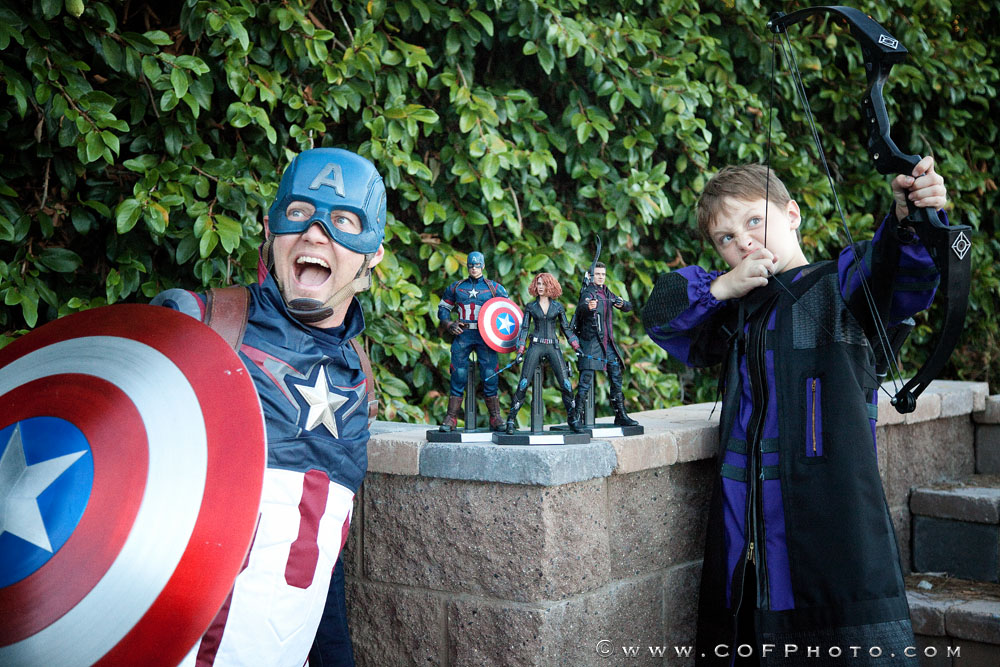