To get your squad started, the Security Battle Droid Sixth Scale Figure Set will include two figures: from Baktoid Combat Automata, one ‘Factory Fresh’ model, and from the trenches, one weathered ‘Battle-Damaged Veteran.’ 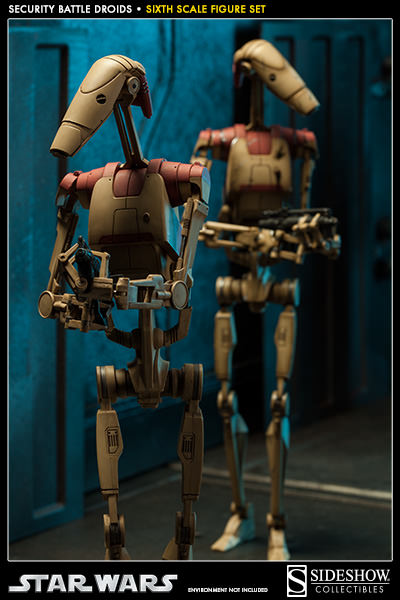 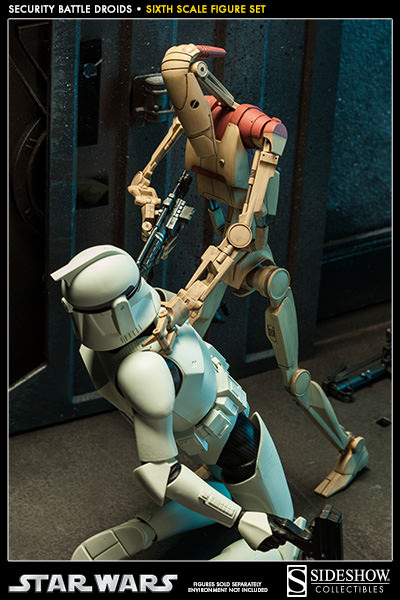 “Prepare to Fire – Blast them!”

Recognized by their red shoulder markings, the Security Battle Droids come ready to serve the Trade Federation, guarding prisoners and removing intruders. Issued with one standard E-5 Blaster Rifle each, these clankers could be dangerous – except for their notorious inability to hit the broad side of a bantha if their circuits depended on it. 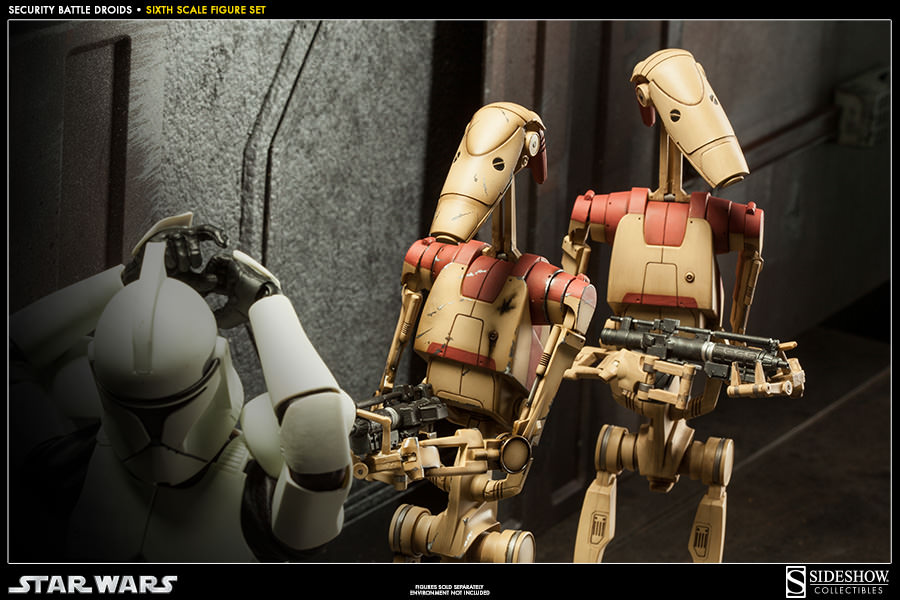 Engineered with a full range of articulation, and finished with uniquely detailed paint deco, the robust OOM-series B1 predecessors are packed with attitude and personality. On their own, or accumulated in squads, the Security Battle Droid Sixth Scale Figure Sets offer endless display options for the imaginative Star Wars enthusiast! 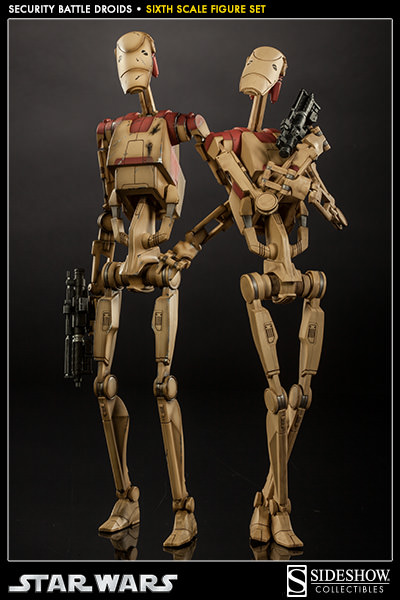 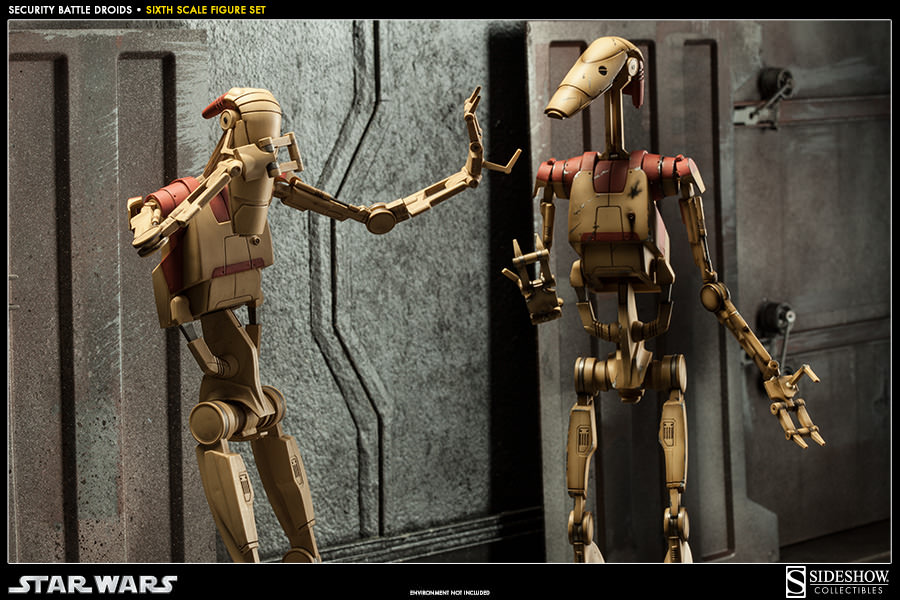 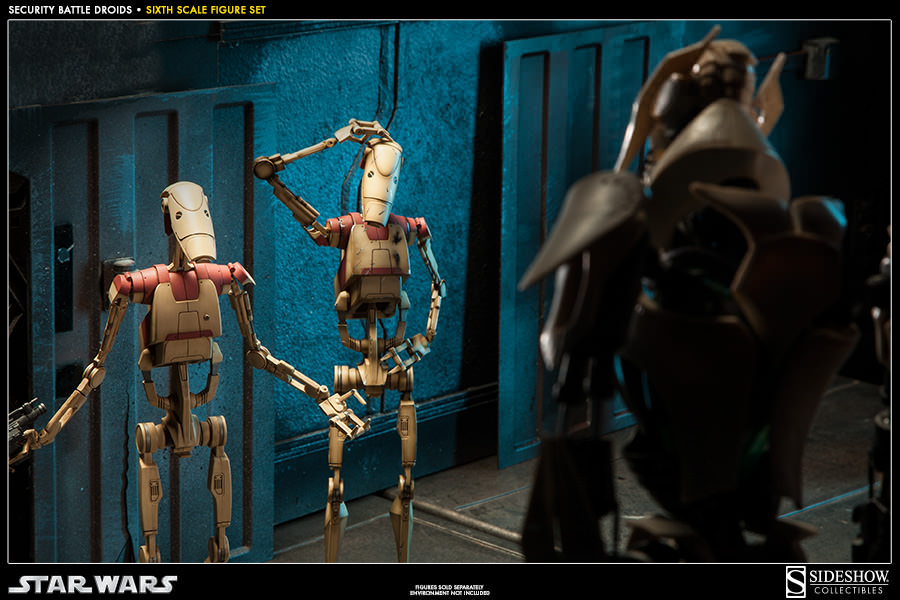 “All right, cut the chatter!”

The Security Battle Droid Sixth Scale Figure Set is priced at $129.99, with payment options available for as low as $65.00/month.

And now, we’ll leave you with this. 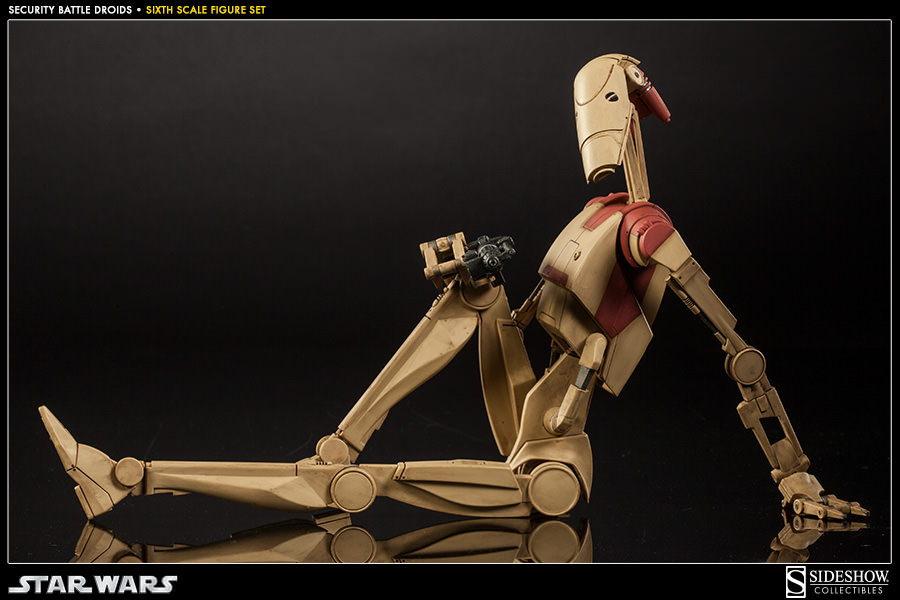 Get a closer look at the Batman ‘Modern Age’ Life-Size Bust!