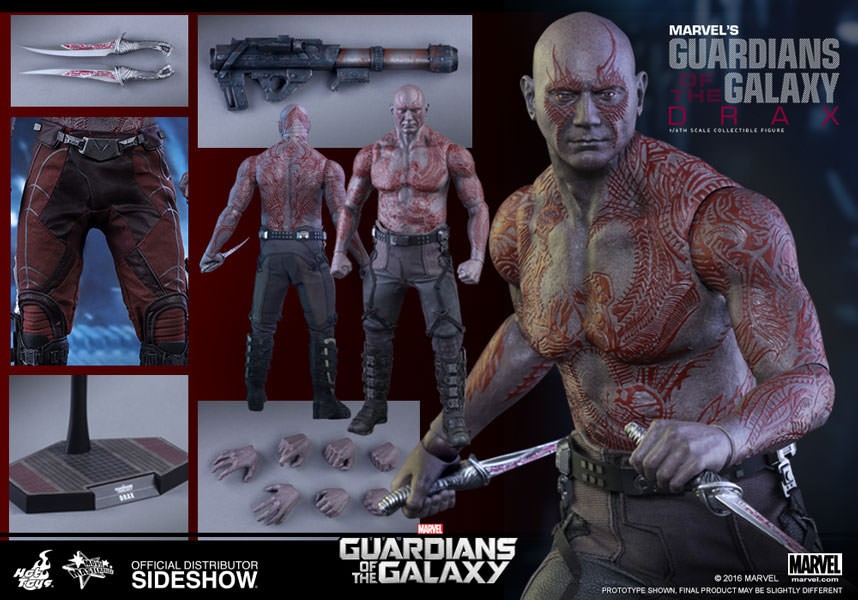 Complete your sixth scale team from Guardians of the Galaxy! Sideshow and Hot Toys officially present this movie-accurate, sixth scale collectible figure of Drax the Destroyer based on Dave Bautista in Guardians Of The Galaxy. 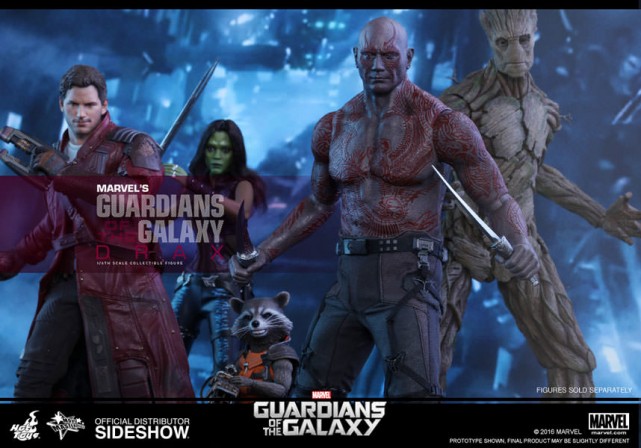 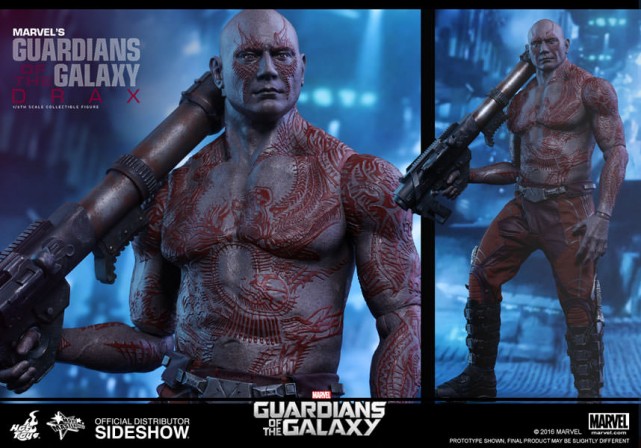 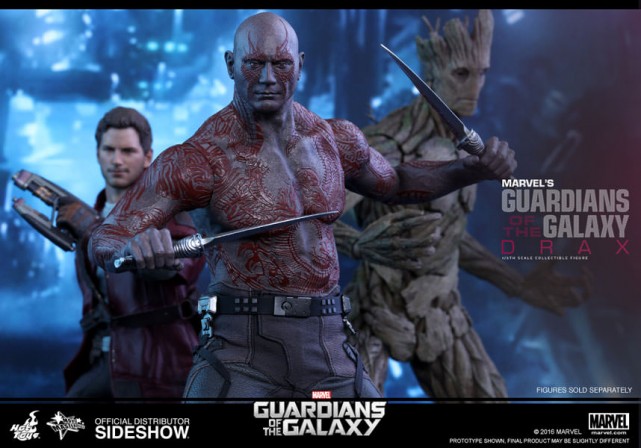 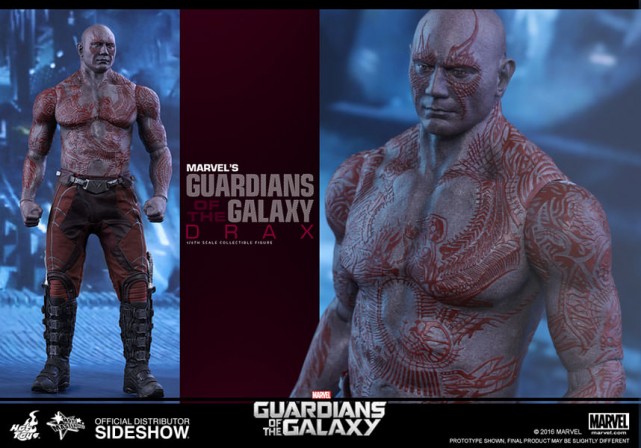 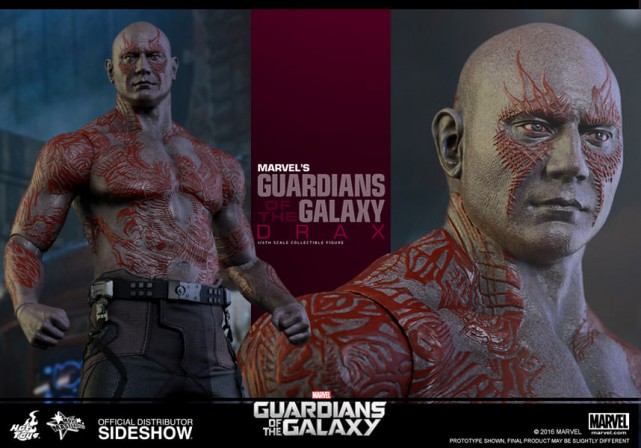 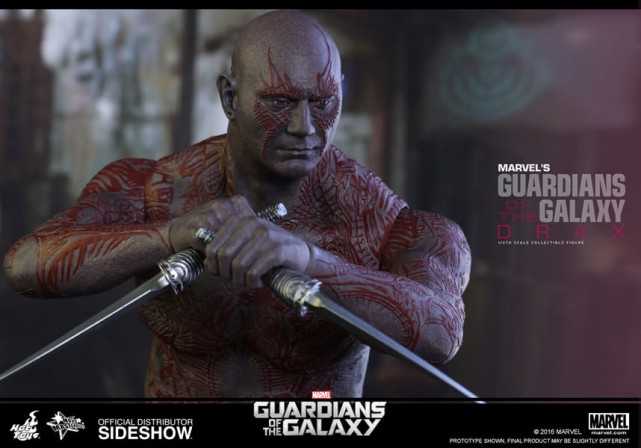 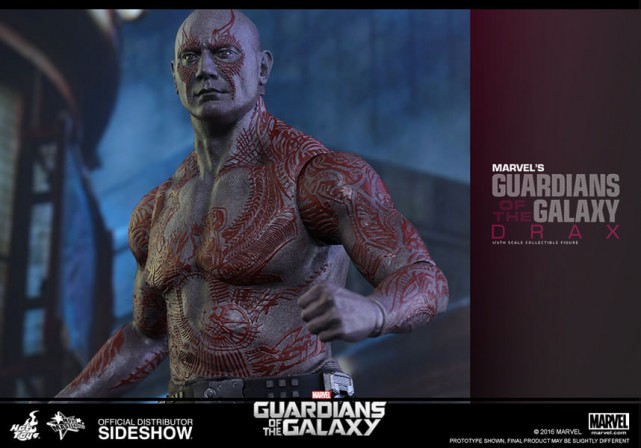 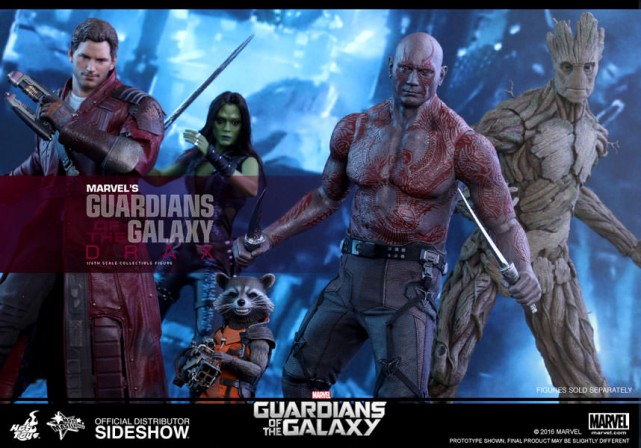 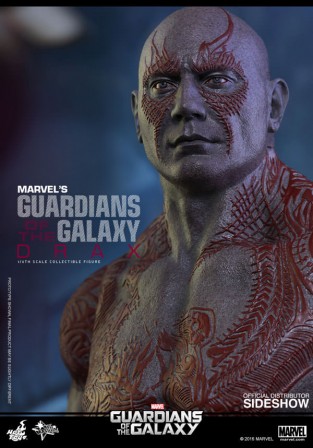 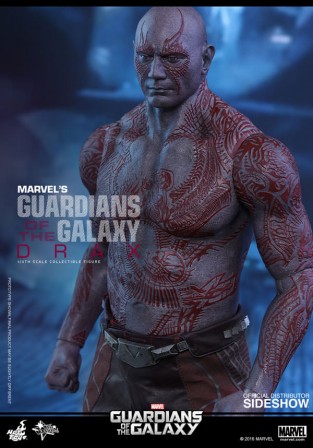 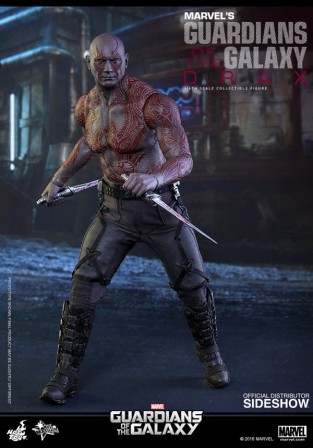 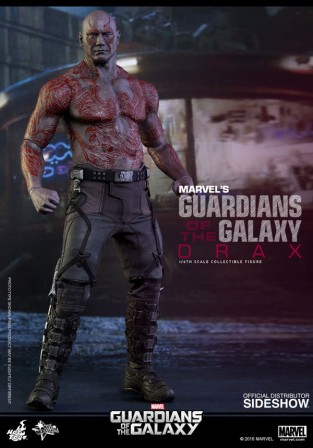 With over 26 points of articulation and a newly developed, hand-painted head sculpt, this figure captures Drax’s menacing good looks and has a newly developed muscular body sculpt that gets every detail right down to those iconic tattoos. The Drax the Destroyer Sixth Scale Collectible Figure also has two blades, a rocket launcher, two styles of interchangeable pants, and a Guardians of the Galaxy themed figure stand.

You can pre-order now and we’ll ship Drax to you when he arrives later this year. Well, the 1/6 scale figure… the shipping costs on Drax himself would be out of this world.

Let's put a smile on that face! Sideshow presents the Joker Premium Format Figure from The Dark Knight