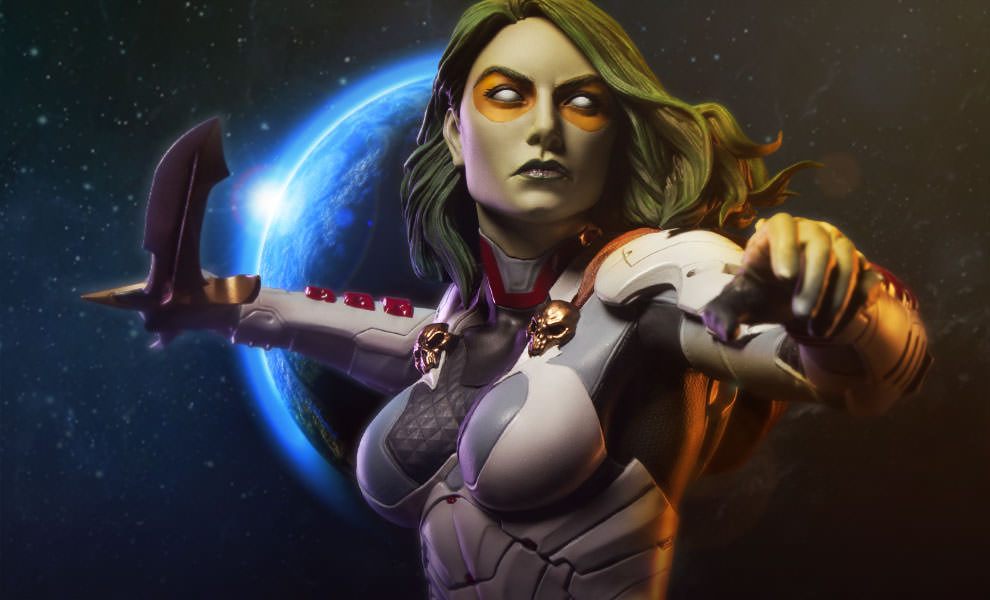 “That’s Gamora. Everyone in the galaxy knows who she is.”

Marvel’s Guardians of the Galaxy took the world by storm, both on the big screen and in a series of popular ongoing comics. Now, featuring the female lead from the intergalactic team of superheroes, Sideshow is proud to present the Gamora Premium Format™ Figure. 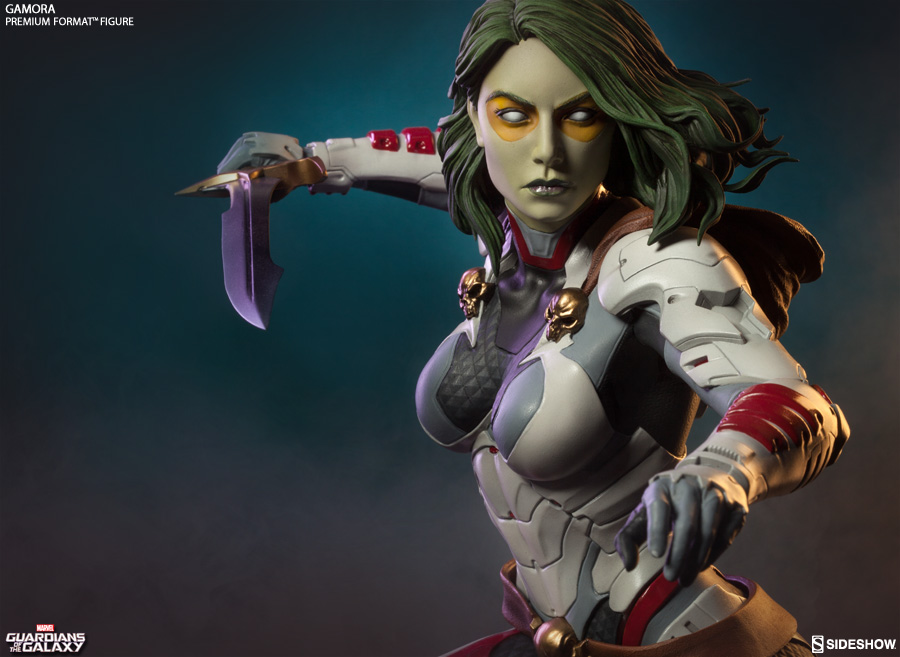 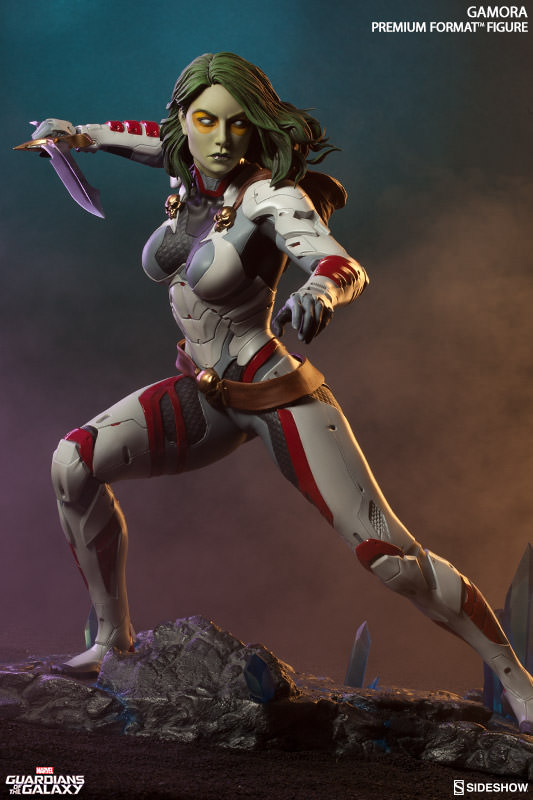 Many warriors roam the universe looking for adventure and mayhem, but none have earned as formidable a reputation as Gamora – the deadliest woman in the galaxy! 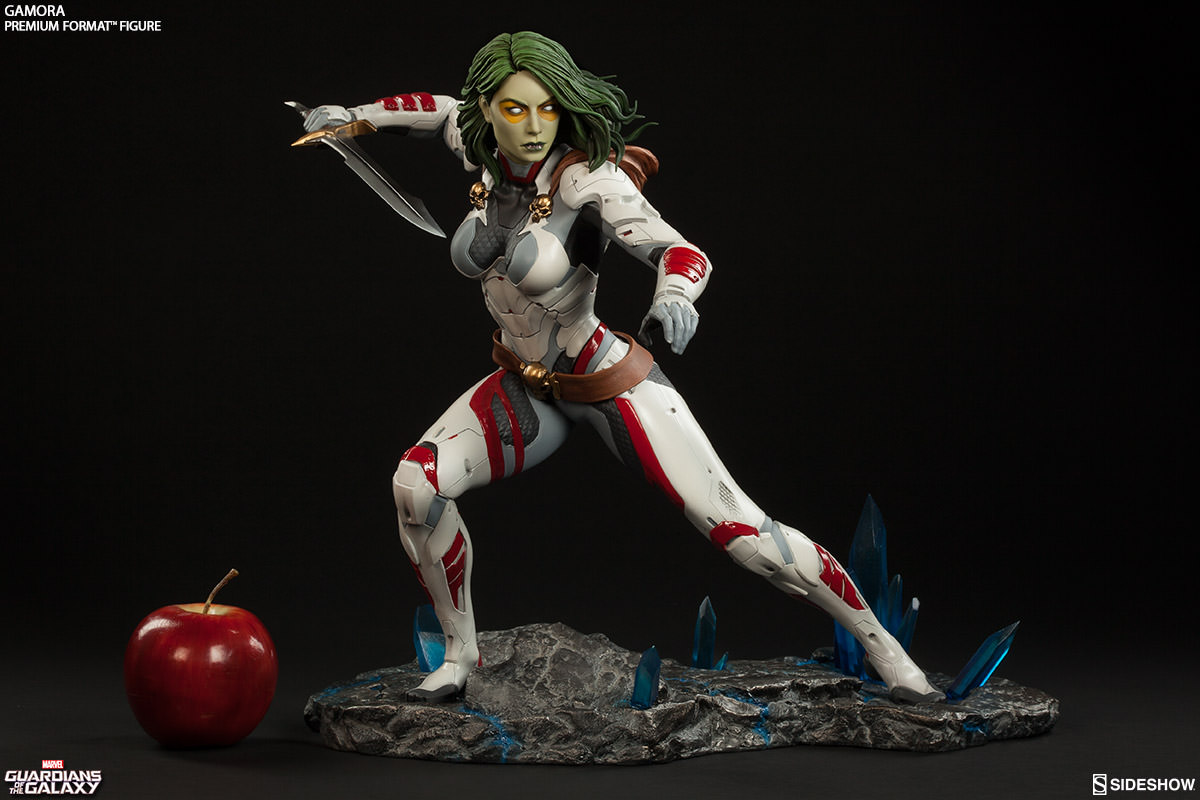 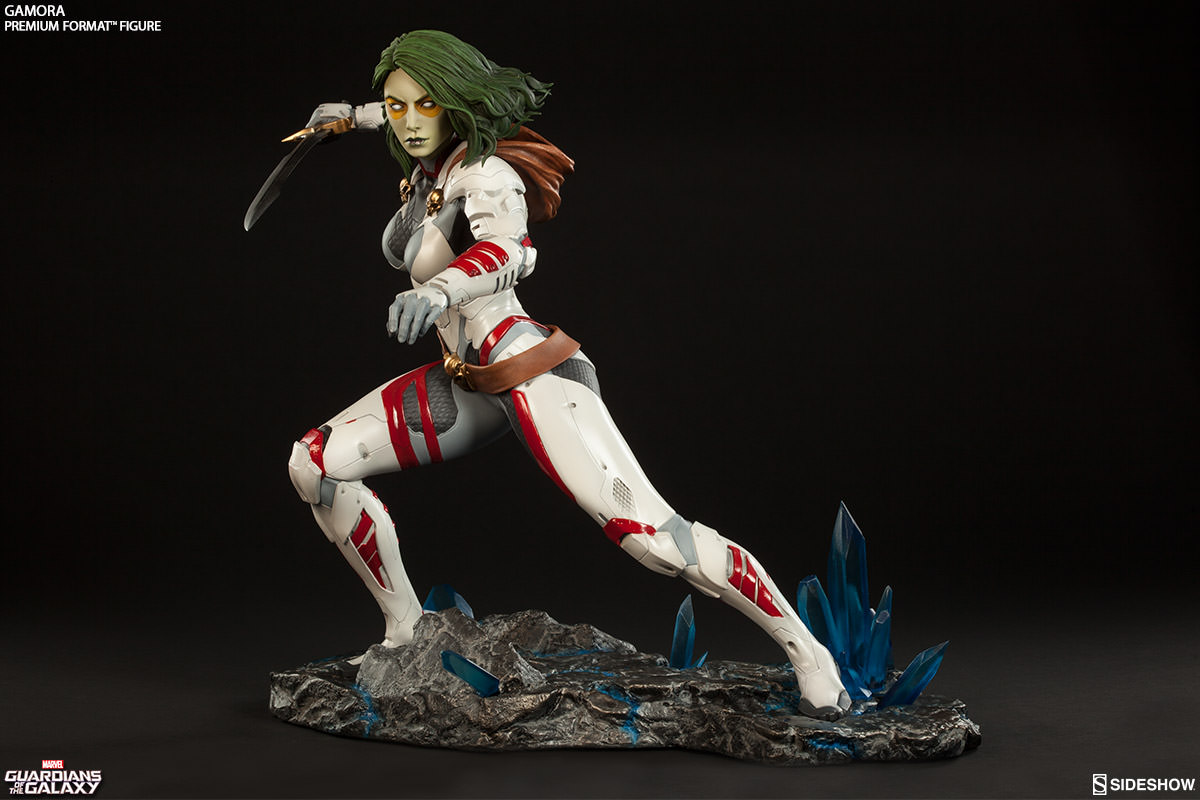 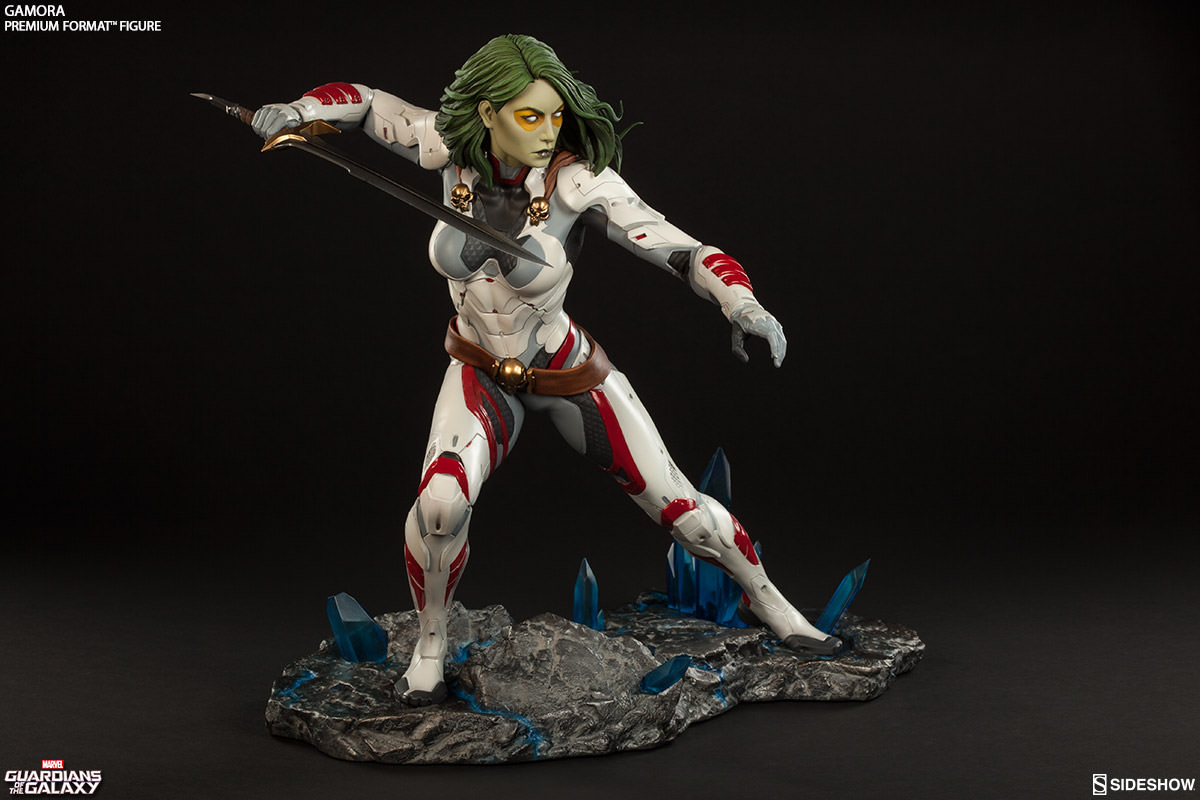 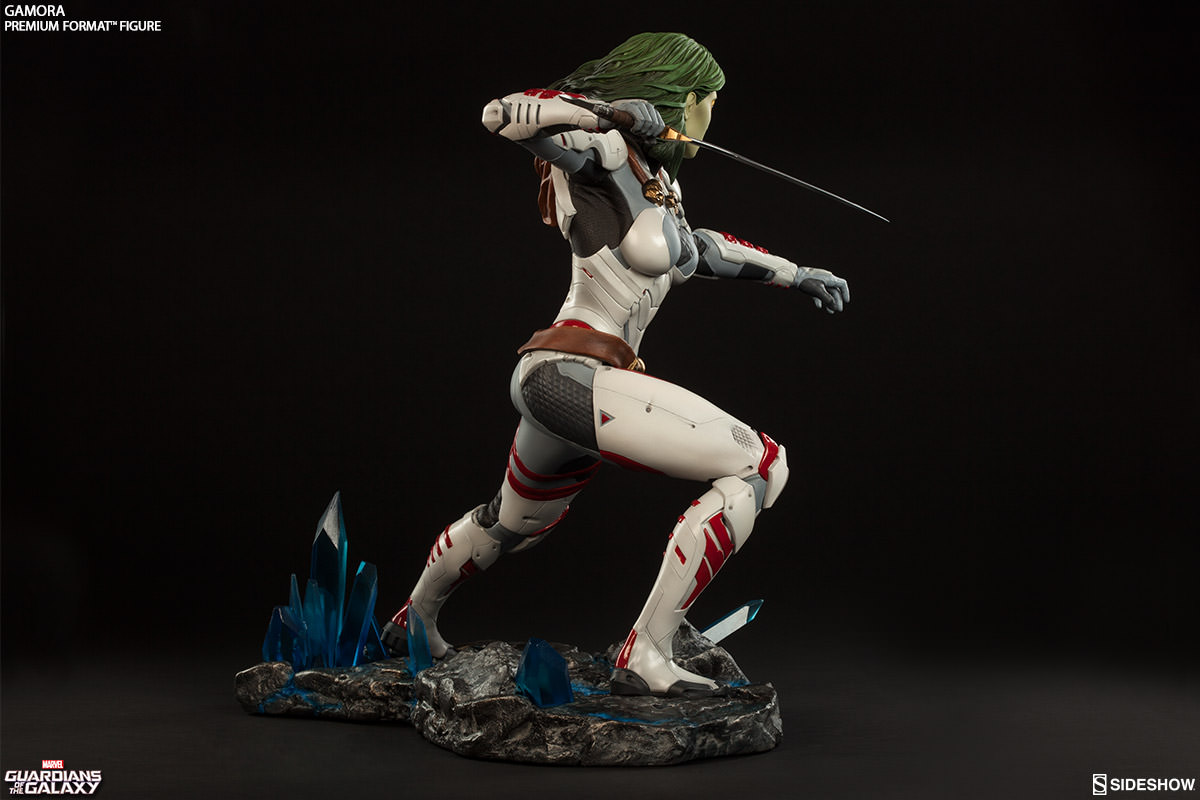 Adopted at a young age by her eternal enemy Thanos, and raised as a master assassin, Gamora puts her unparalleled skills to use as a member of the Guardians of the Galaxy. On some strange alien planet at the furthest reaches of outer space, the green-skinned daughter of Thanos suits up in her sleek futuristic white battle armor, as well as a hooded cloak, belt and gold skull decor – upgrades reminiscent of her appearance after she attained cosmic powers from the Black Vortex. 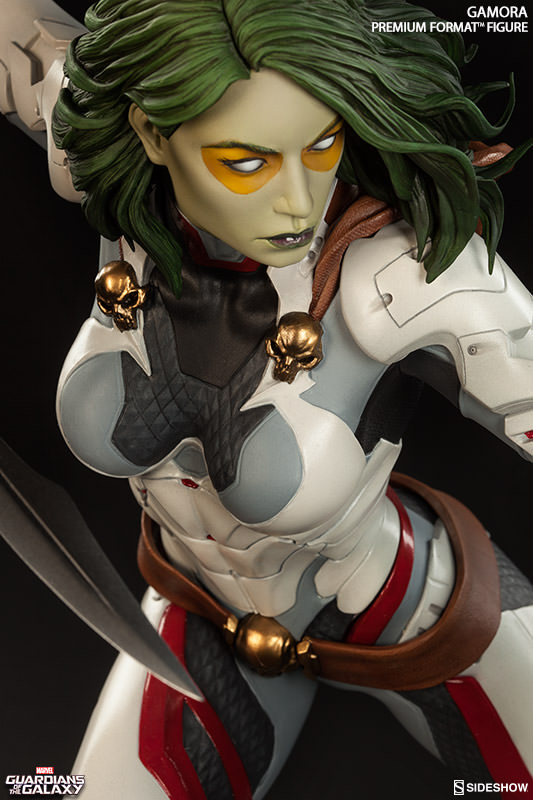 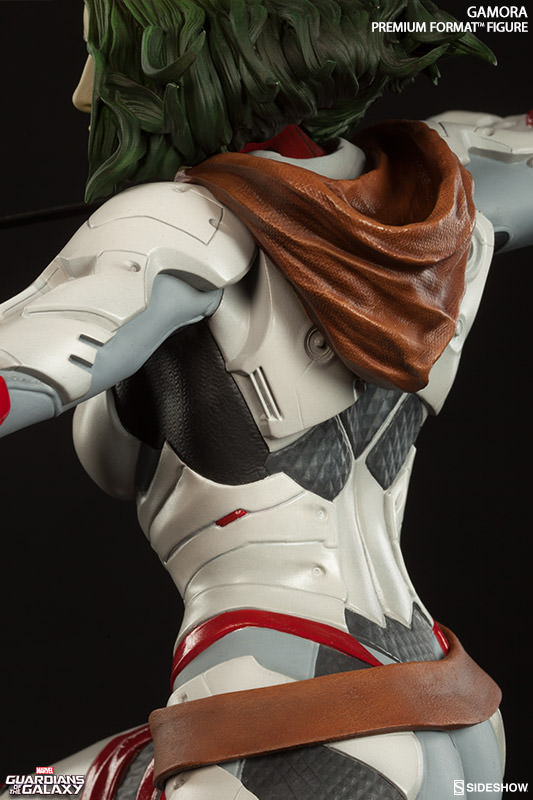 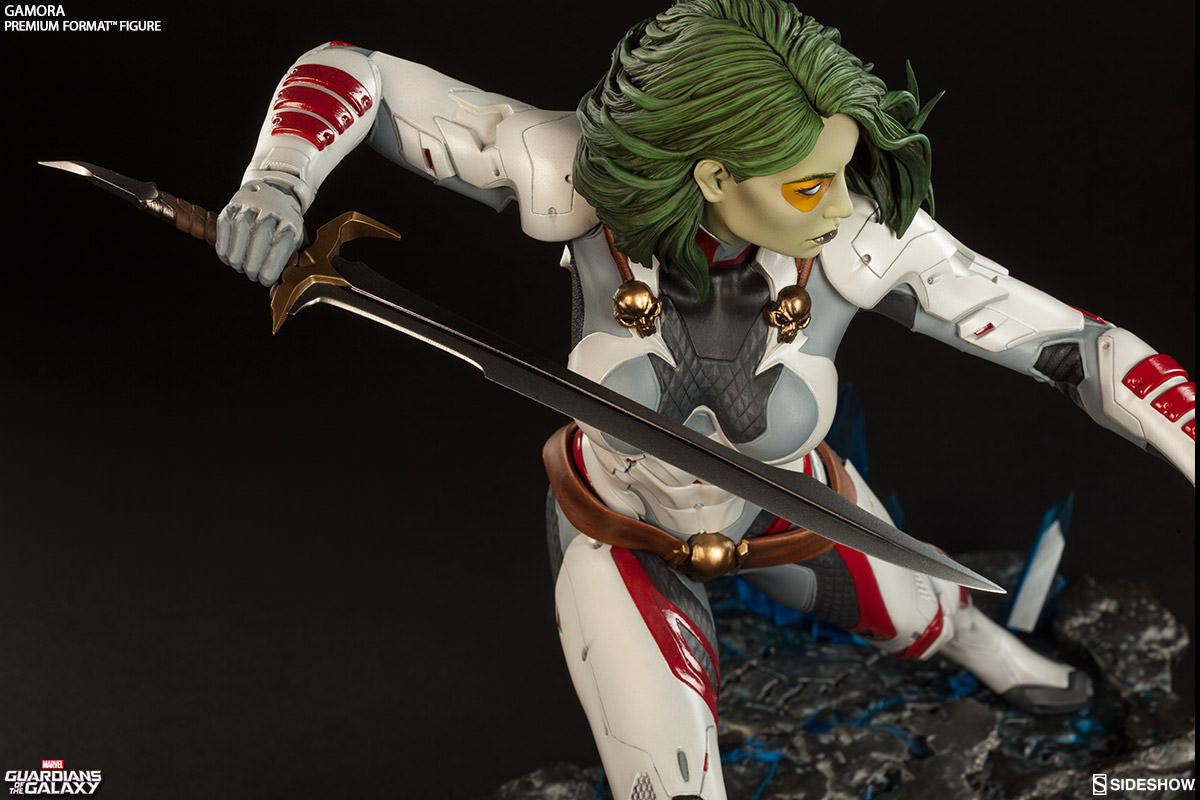 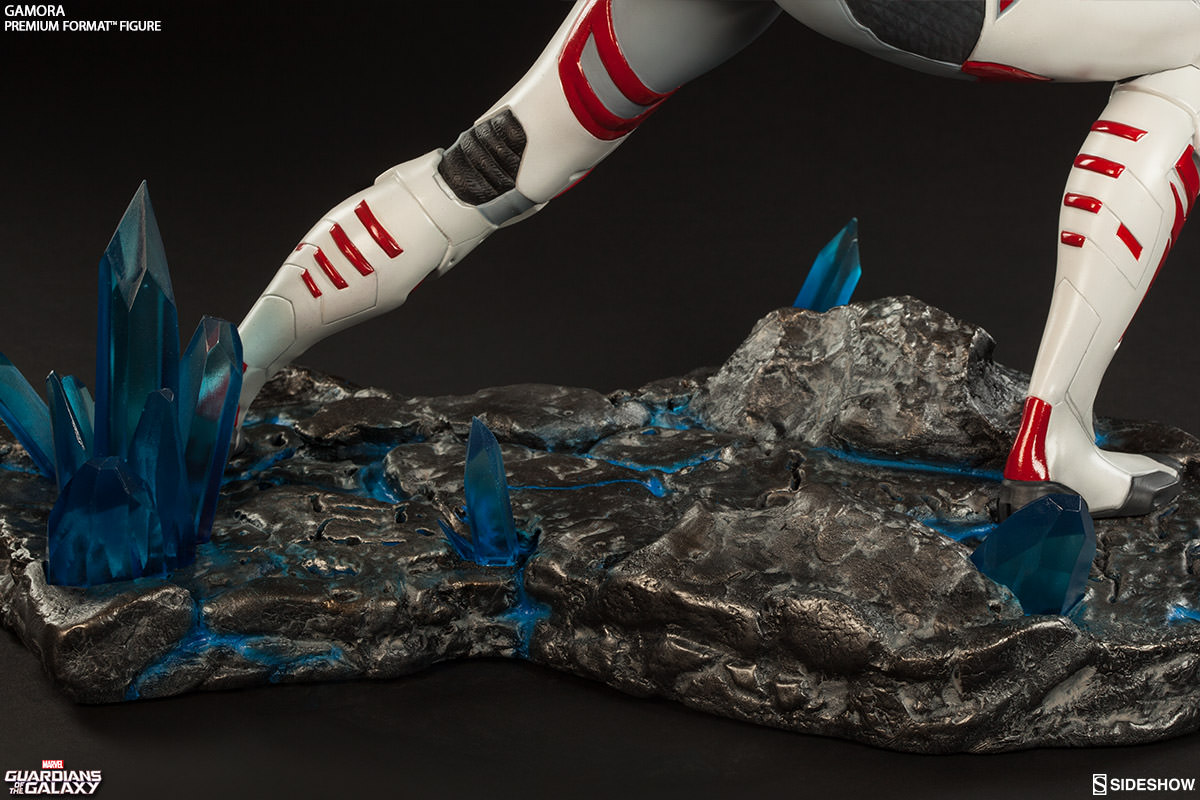 Brandishing her favorite weapon – the storied Godslayer blade – the most dangerous woman in the universe is ready to go to the ends of the universe to kick ass and take names!

The most dangerous woman in the universe becomes even more deadly with the Sideshow Exclusive edition, which features an additional swap-out knife accessory for a duel-wielding display (shown below). 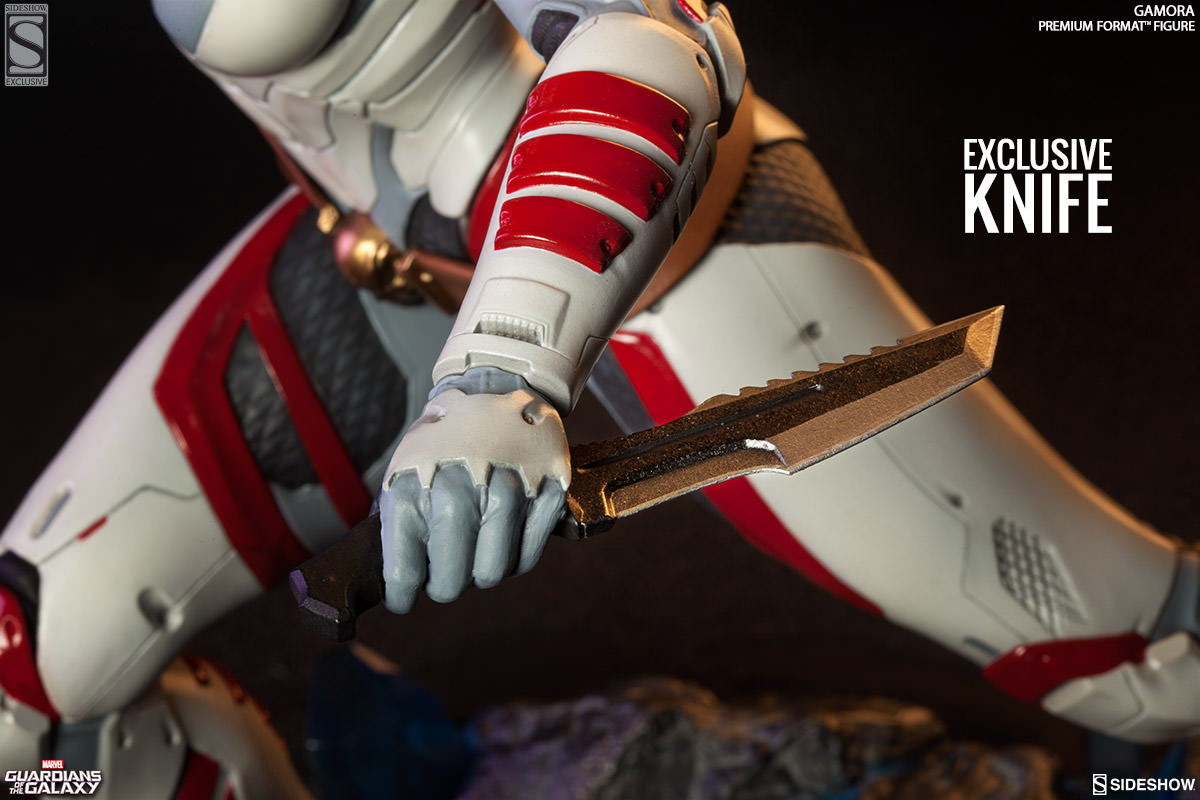 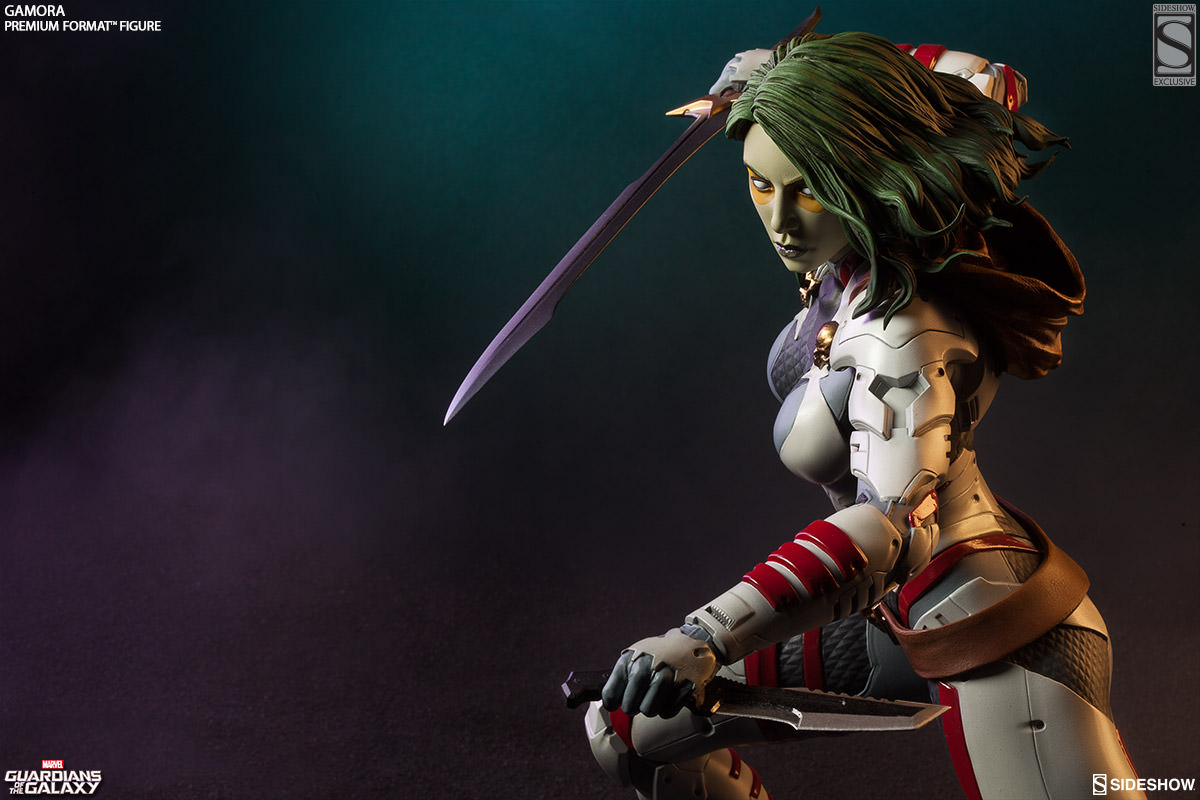 Both the regular and Exclusive editions of the Gamora will be priced at $499.99*, with optional payment plans available. Pre-orders begin this Thursday, February 11th.

*Correction: Price was previously listed as $449.99, and has been updated. We apologize for any confusion this may have caused.