Since its debut in 2008, the Sideshow Dinosauria collection has captured the imagination of dinosaur fans the world over.

Our team of artists have explored the fascinating prehistoric behemoths in engaging dioramas that depict the primordial struggle of survival, as well as individual sculptural studies presenting moments of definitive power and grace.

A long-standing subject of research and debate in both scientific and pop culture communities, there is an overwhelming allure that lies in the mystery and speculation surrounding dinosaurs; unanswered questions about their habits and behavior, physical features, even the patterns and pigmentation of their skin. Inspired by this undying curiosity, the Sideshow team is excited to revisit specimens of the Dinosauria collection with the same spirit of artistic exploration. Starting with Styracosaurus and Spinosaurus, look forward to seeing variations of familiar favorites in a new light, featuring reimagined colorations and alternative base designs.

Sideshow’s Dinosauria is proud to present the Styracosaurus and Spinosaurus Statues. 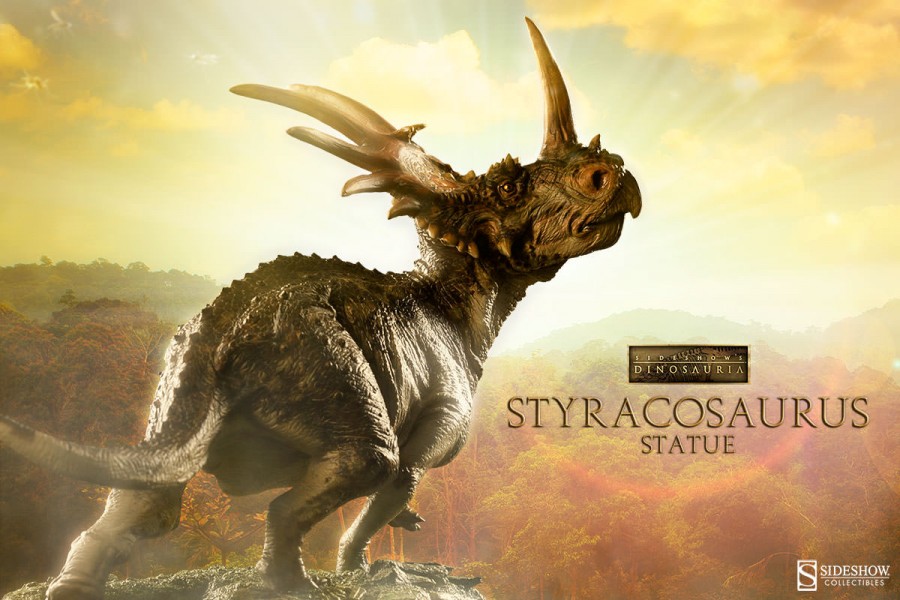 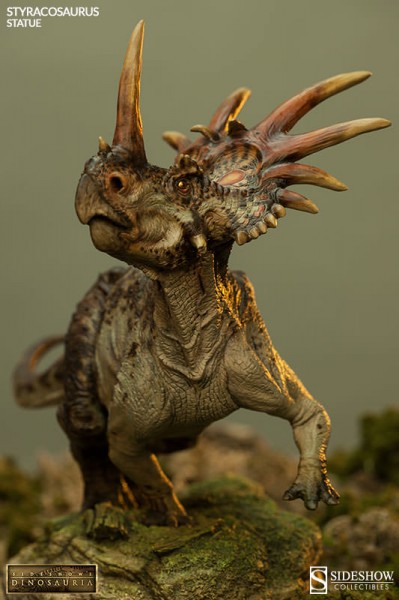 With a name that means “spiked lizard,” the three-ton Styracosaurus is easily identified by its massive head frill, crown of spikes, and the tremendous horn extending from its beak, traits which lend a very fierce appearance to the otherwise gentle herbivore. This edition of the Styracosaurus features vibrant crest coloration and variegated patterns. 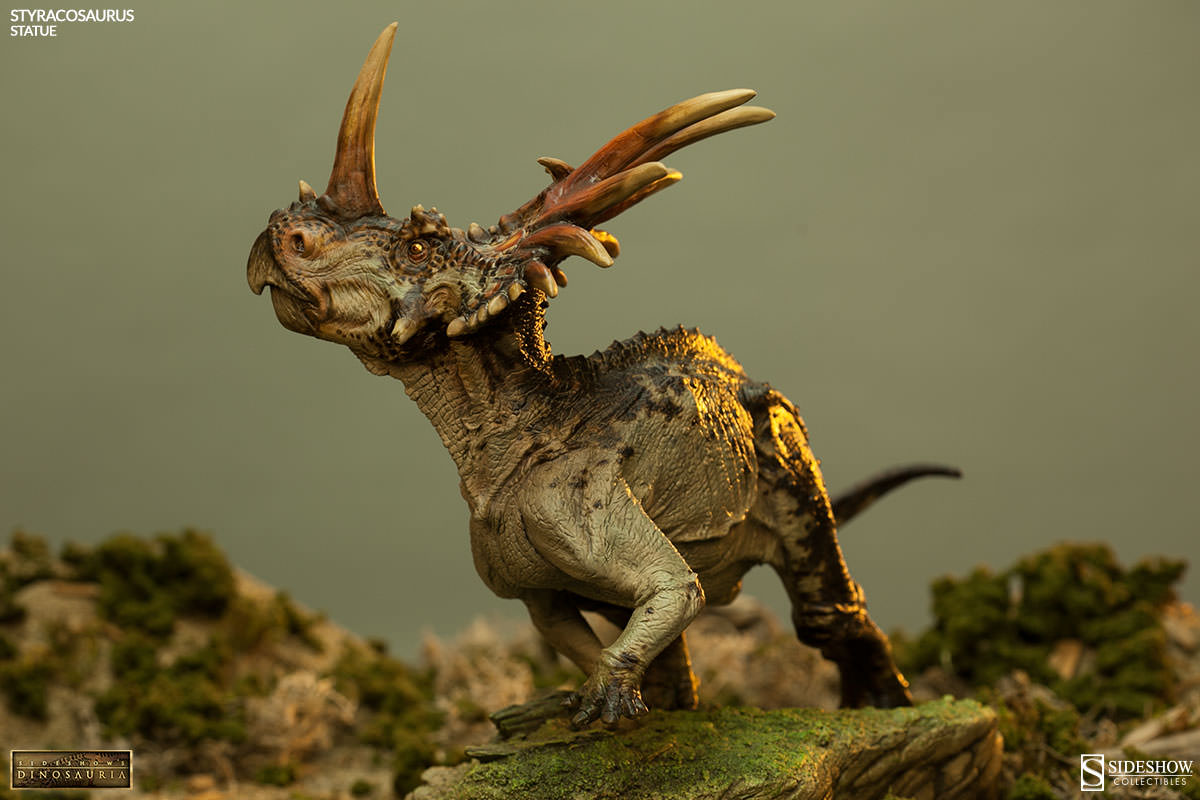 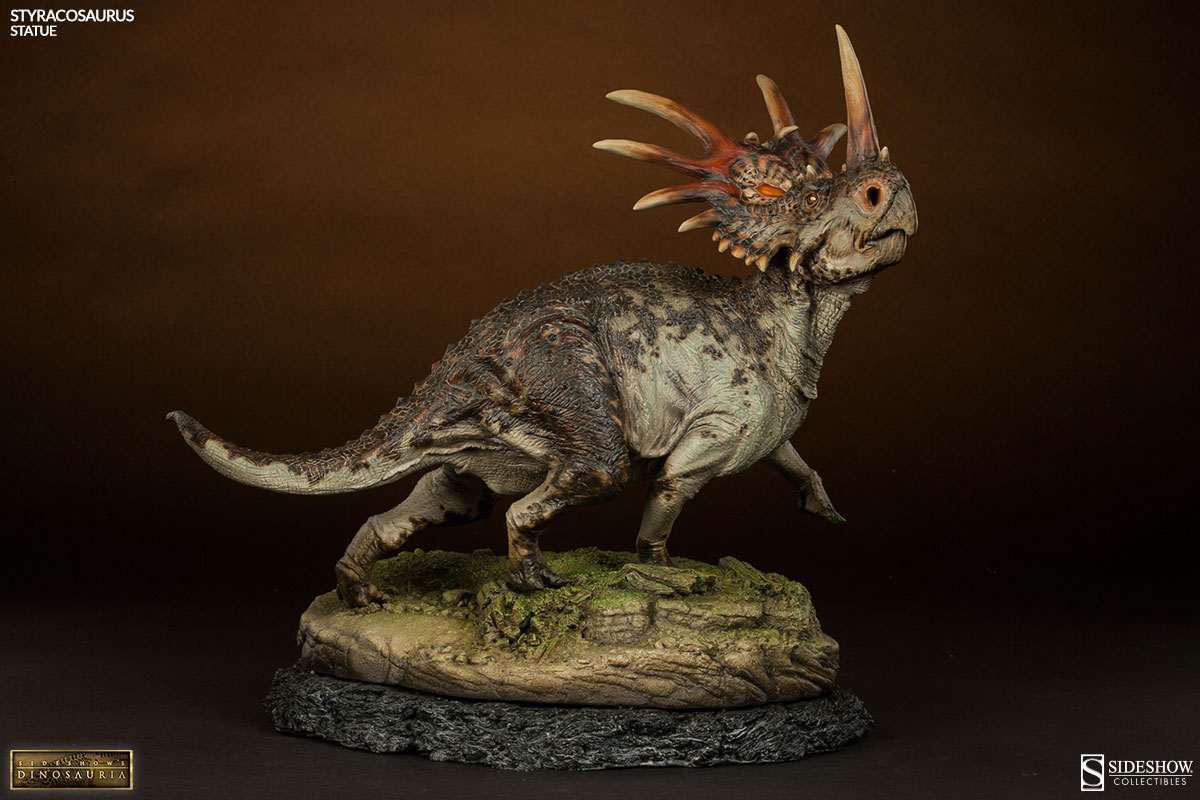 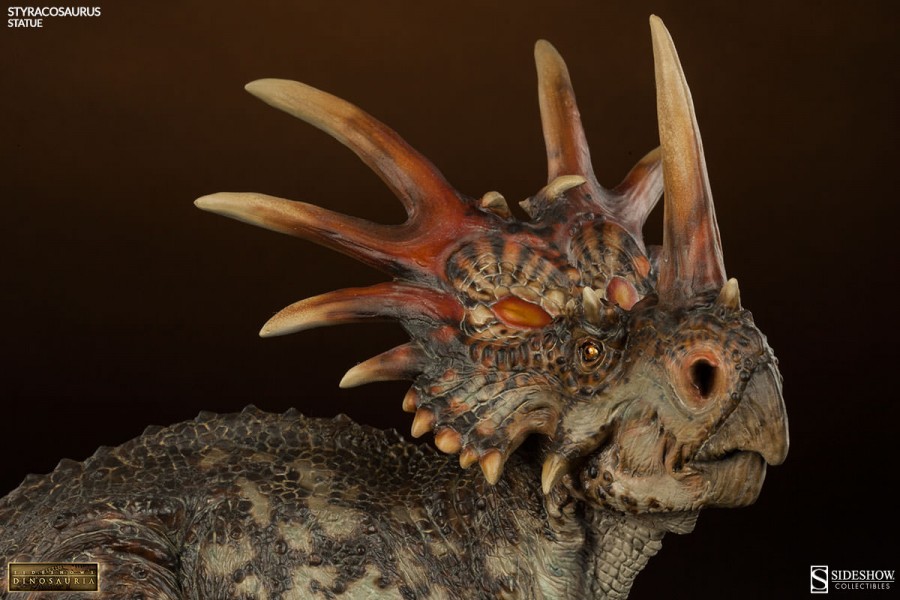 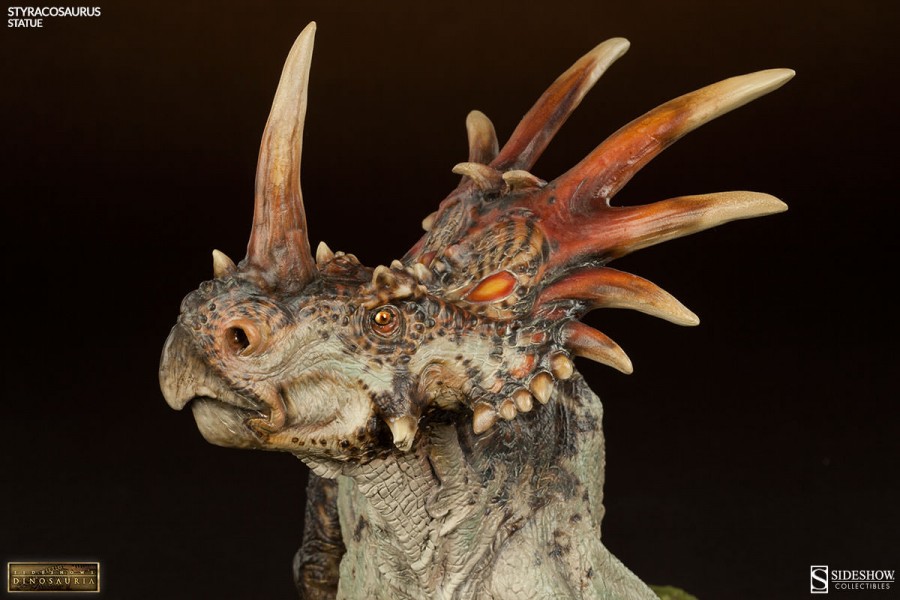 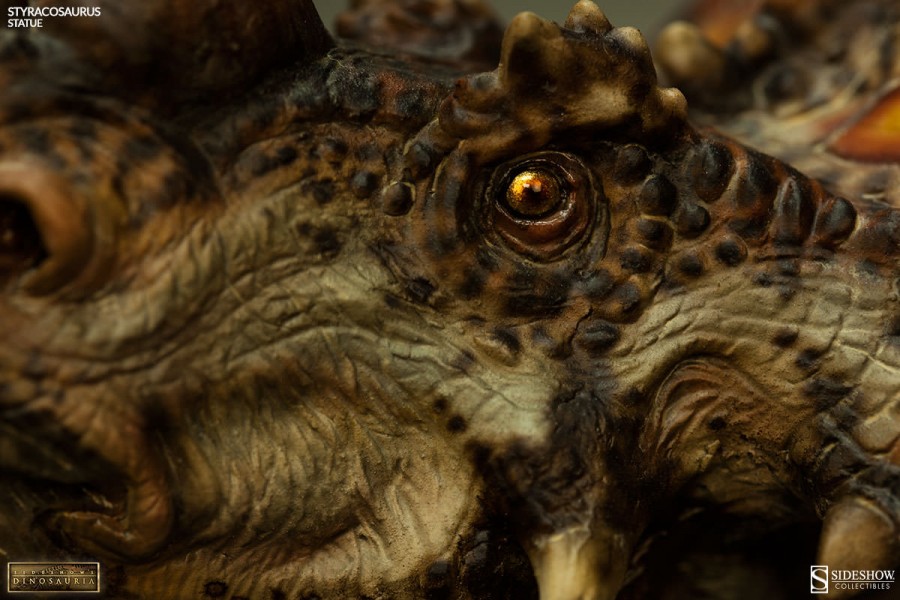 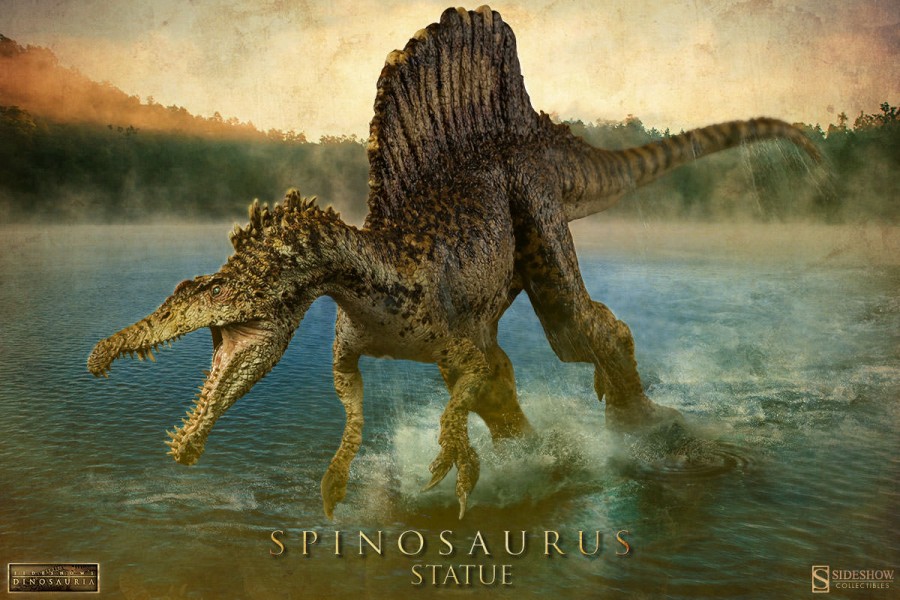 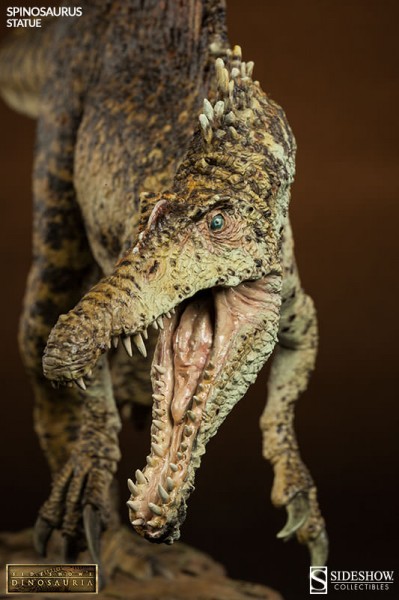 Thought to have been one of the largest carnivores ever to walk the earth, the Spinosaurus boasts a magnificent sail and ferocious crocodile-like jaws. This edition of the Spinosaurus features russet camouflage colors and a mottled patterning. 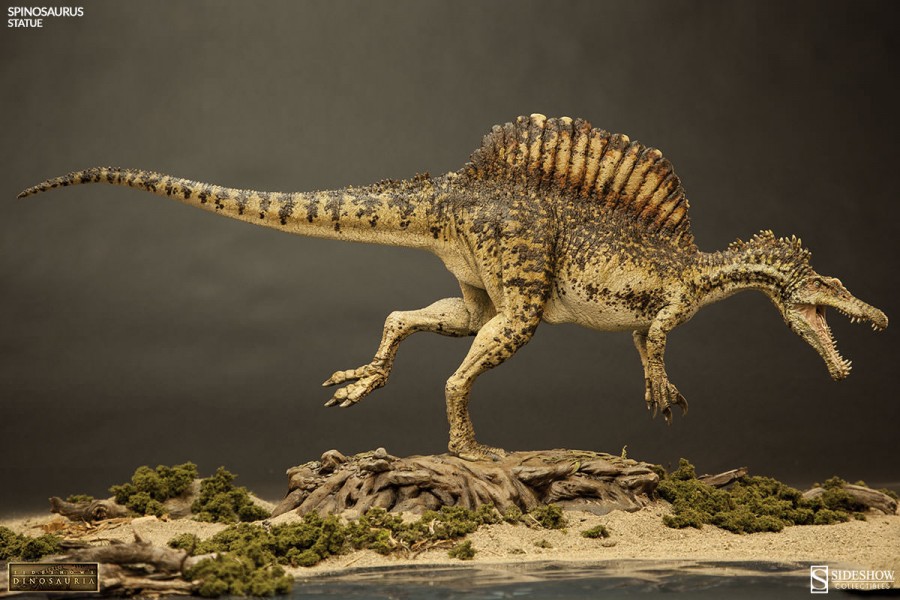 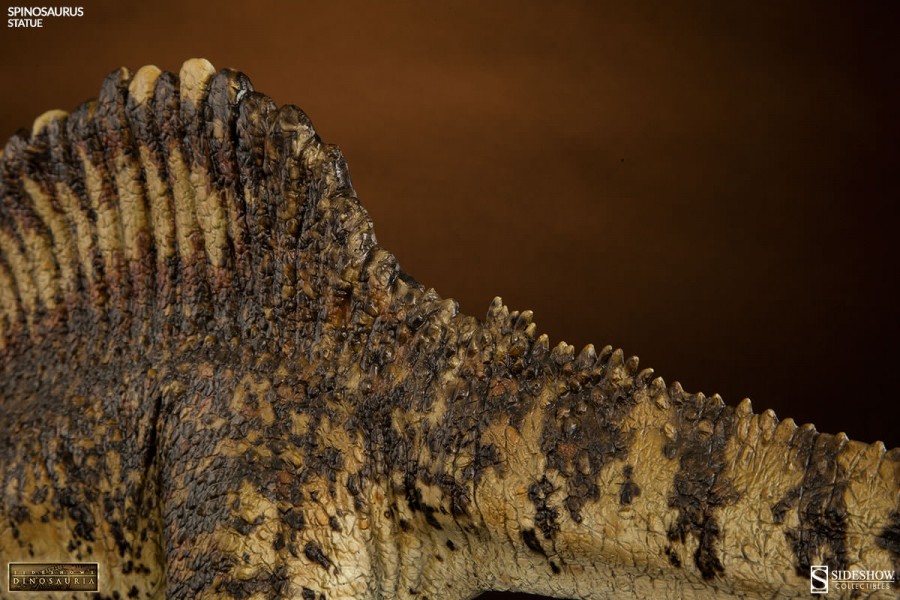 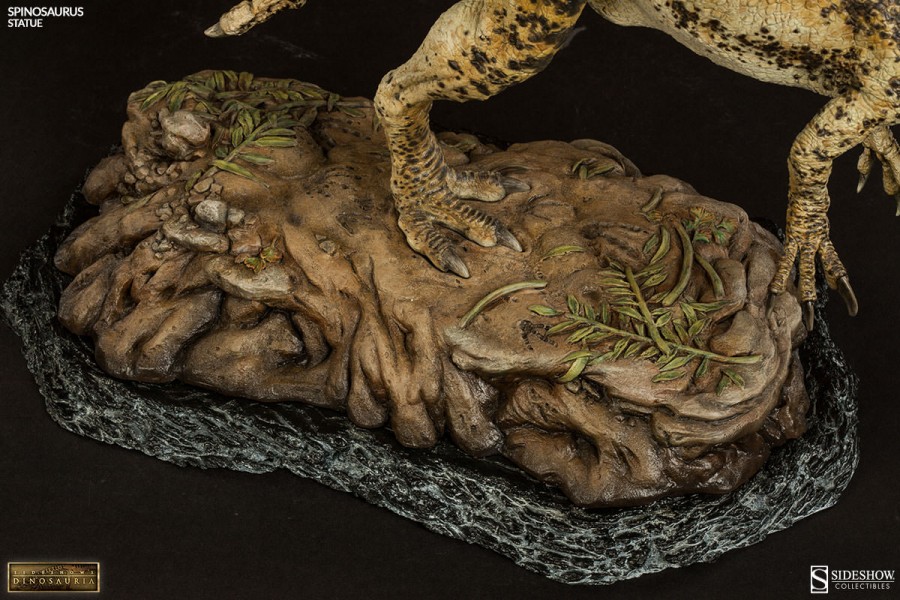 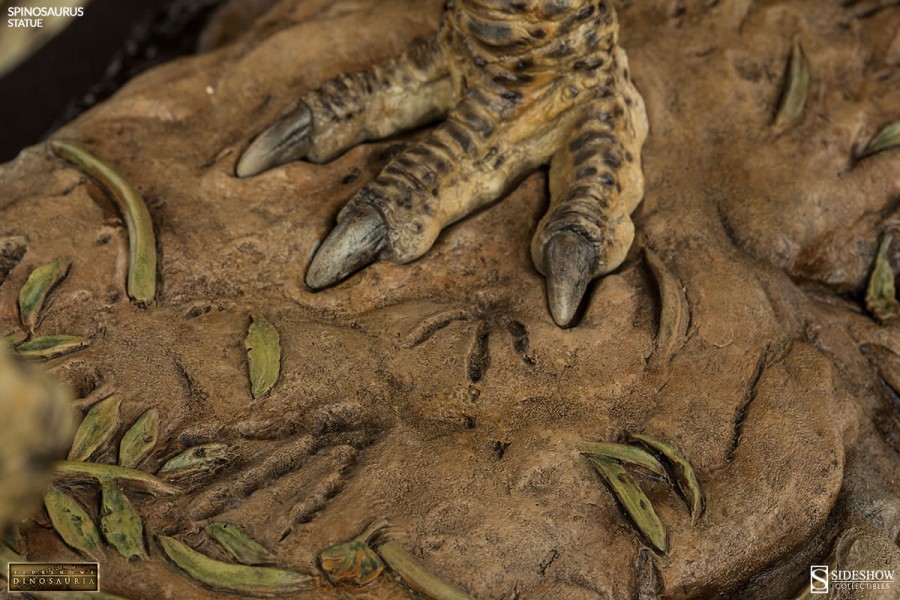 Designed with the insight of renowned paleoartists, and cast in high-quality polystone on a themed base, these impressive museum quality pieces are guaranteed to continue to capture the imagination of dinosaur enthusiasts.

Styracosaurus will be priced at $279.99 and Spinosaurus at $329.99, each with optional payment plans available.
Preorders begin this Thursday, April 17, 2014.