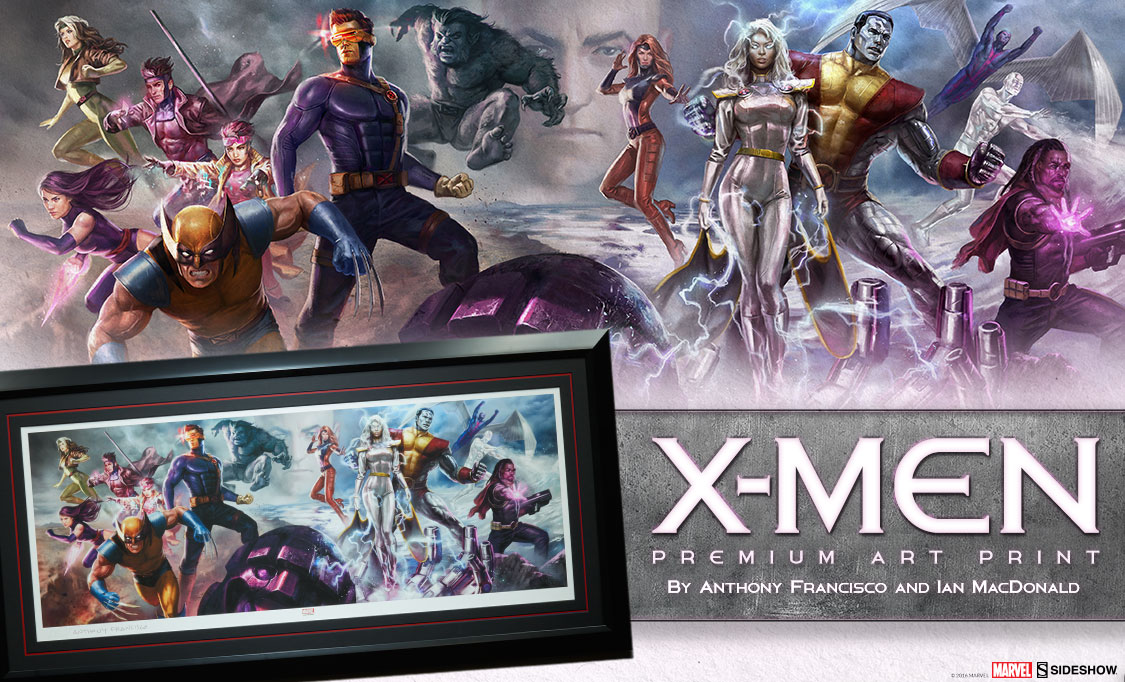 Whether it was reading the wildly popular comics or watching the Saturday morning animated series, an entire generation Marvel fans growing up in the 90s could not get enough of the X-Men. With an impressive roster of compelling mutants exploding in numbers, the heroes were ultimately divided into two distinct squads – known as Blue team and Gold team – and featured separately in two of the biggest selling series in comics history.

Immortalized in the pages of X-Men, the Blue team’s key members included fan-favorites such as Cyclops, Wolverine, Beast, Rogue, Gambit, Psylocke, and Jubilee. Headlining Uncanny X-Men, the Gold team roster was led by Storm and featured Jean Grey, Colossus, Iceman, Archangel, and Bishop. With members of both teams immortalized in the animated series, it not only was regarded as one of the best action cartoons ever made, but did an excellent job representing the original source material (oh and let’s not forget that epic theme music!)

Even today as the franchise continues to garner new fans on the big screen with a series of epic films – most recently including X-Men: Apocalypse – many of us still look back on this era with a huge amount of nostalgia.

Inspired by the iconic 90s era X-Men, Sideshow is proud to present officially licensed Marvel X-Men Premium Art Prints by Anthony Francisco and Ian MacDonald. Led by Professor Xavier, the Blue and Gold teams band together, leaving the defeated remains of a Sentinel in their wake. 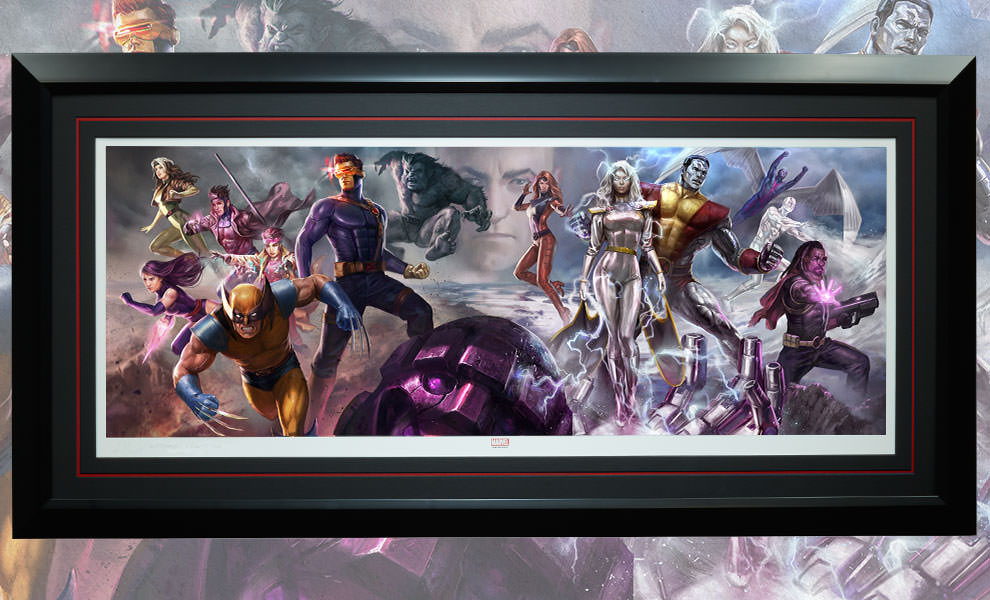 The artwork will be available in three distinct limited collectors edition prints of 150 each, featuring the X-Men: Blue Team (24″x18″), X-Men: Gold Team (24″x18″) and one epic 48″x18″ presentation with all of your favorite X-Men together! 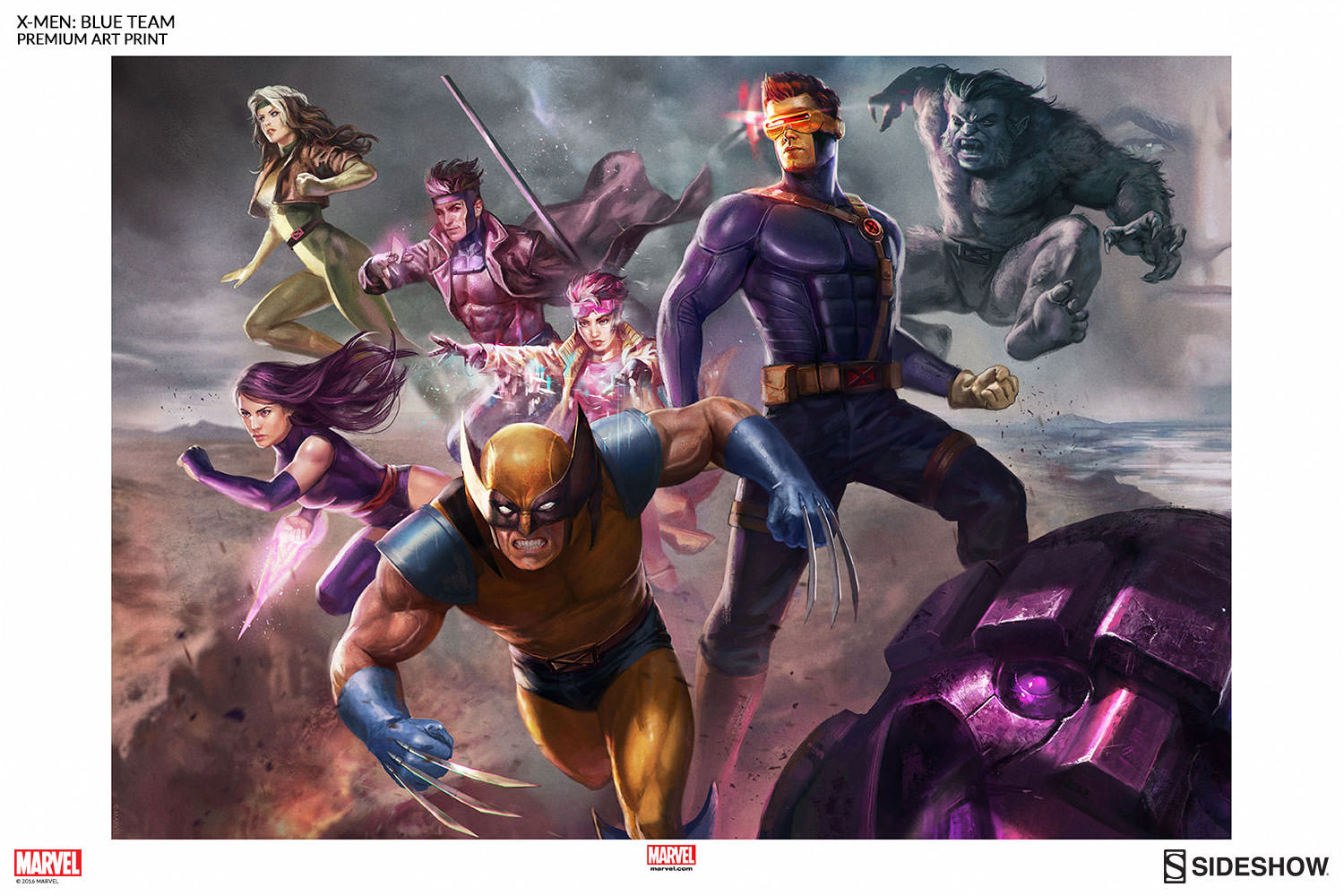 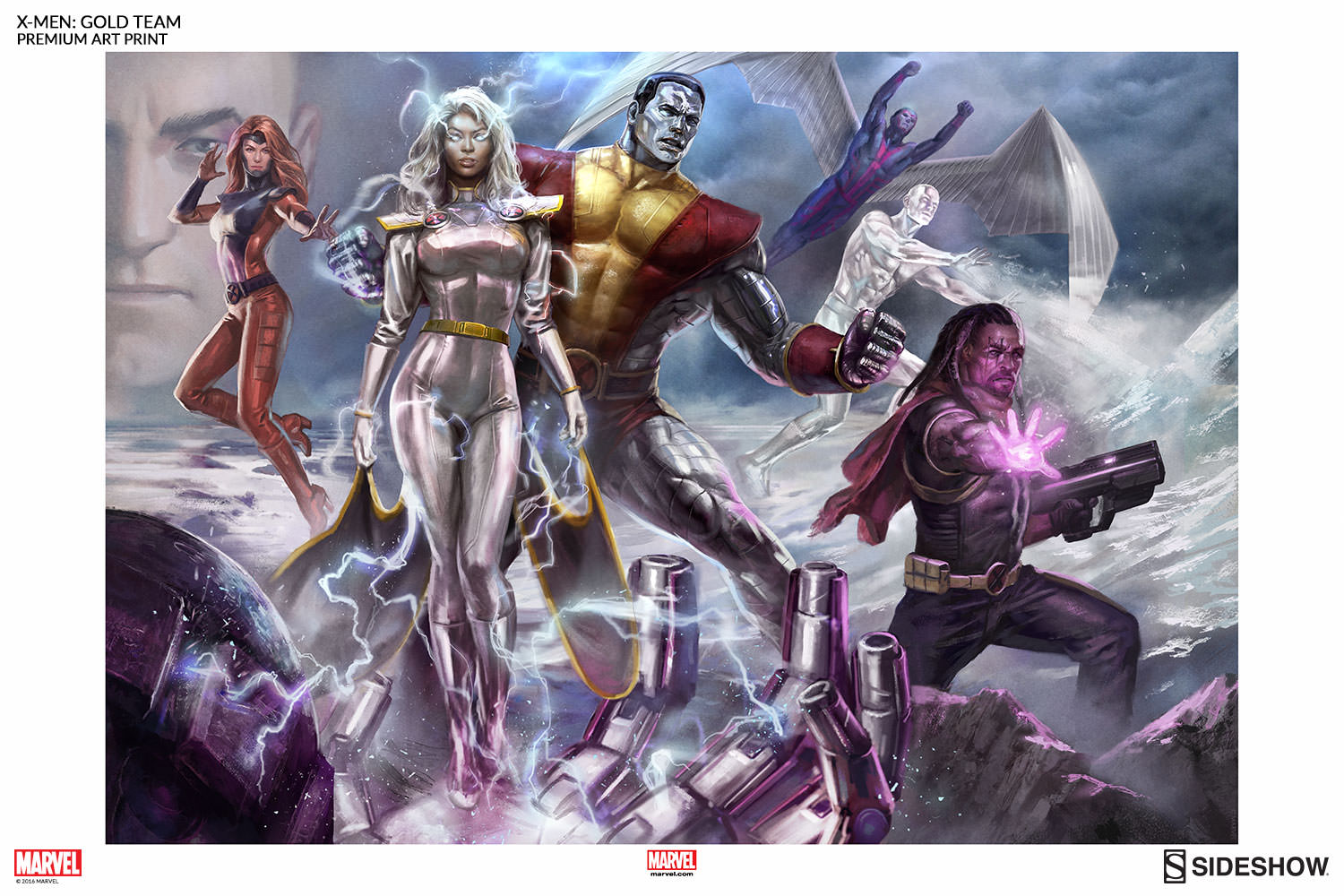 The Blue Team and Gold Team prints will be priced at $90 unframed, $240 framed. For those who want the ultimate representation of both teams, the full X-Men print will be $400, available framed only with an optional payment plan available.

Pre-orders for all three editions begin Monday, June 27th at 10am!

Never miss out on a new art print! Subscribe to our Premium Art Print email list and receive news, early invitations and more.

Artist Bios
Anthony Francisco
Anthony Francisco is a concept artist based in Burbank, CA. He has worked on various films and game projects in different stages of production. Working for effects houses like Stan Winston Studios, Rick Baker, ADI, Harlow FX, Steve Johnson, and Captive Audience gave Anthony the opportunity to work on movies like Superman Returns, A.I., Men in Black 2, Sam Raimi’s Spider-Man, Alien VS Predator, Species 3, The Passion of the Christ, and Chronicles of Riddick. From 2004-2006, he worked as a concept artist at NCsoft Santa Monica on the Guild Wars and Tabula Rasa MMO titles.

Following his time at NCsoft, Anthony joined the team at Offset Software as the lead concept artist to work on a fantasy based FPS game. In 2011 he worked at Rhythm and Hues on Hunger Games, RIPD and Seventh Son. Anthony also does illustration work for Magic: The Gathering and has been an instructor at Gnomon School for Visual Effects, Art Center College of Design in Pasadena, Concept Design Academy and CGMW online. He is currently designing for the Visual Development team at Marvel Studios on Thor 3, Dr. Strange, GOTG 2. The first film he worked on was Guardians of the Galaxy where he had the opportunity to help design Baby Groot.

Ian MacDonald
Ian MacDonald, or “Moose” or “Maple Syrup Jackass” as he’s known in some circles, was born in eastern Canada in 1988 has been freelancing for Sideshow for the past 5 years. He’s a graduate of animation, previously having worked a brief stint on the My Little Pony television series; he uses his knowledge acquired through that medium to apply to his concept design and painting at Sideshow. When not drawing undead creatures or superheroes, Ian spends his time nerding out to video games, movies, anime and the like.

Lynda Carter is returning to the DC TV Universe for Supergirl