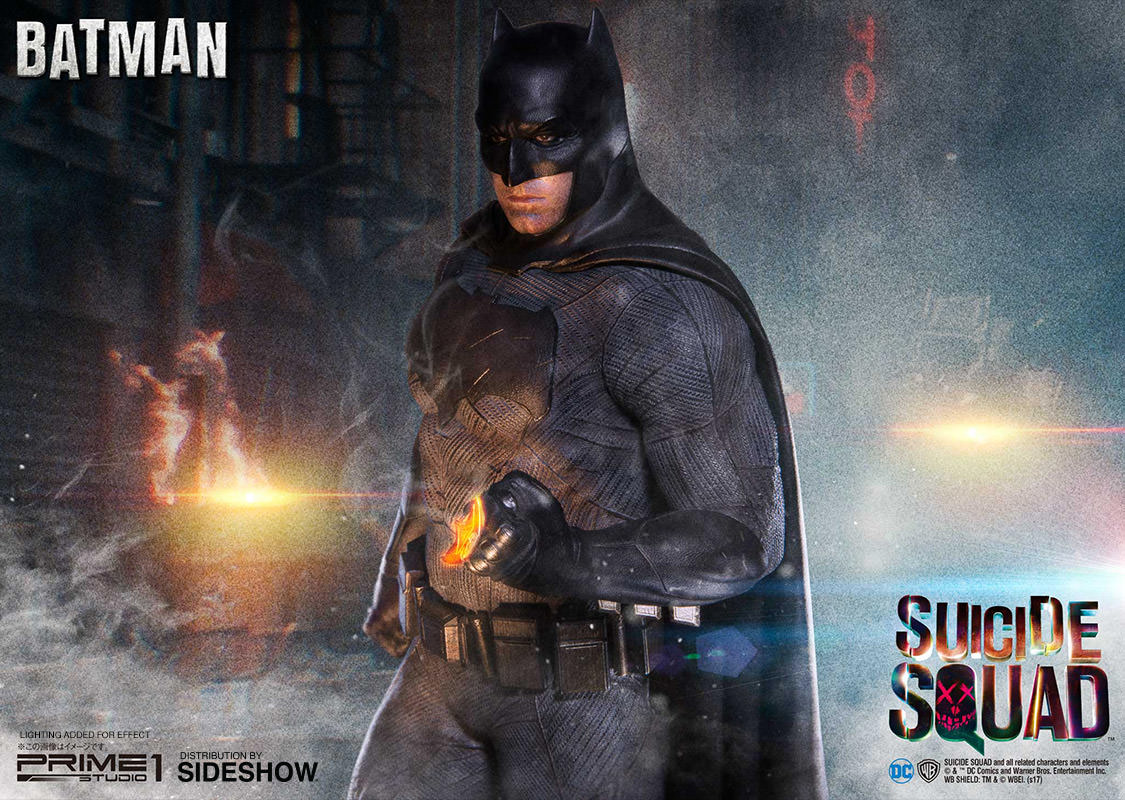 Prime 1 Studio has just announced the hero that Gotham needs is on his way. The Batman from Suicide Squad statue will soon be available for Pre-Order, with distribution through Sideshow. Keep a vigilant eye out for updates, and assemble your own Suicide Squad with the Joker and Harley Quinn before the Bats gets here! Pre-Orders for the DC Suicide Squad foe Batman will begin on Thursday, May 25th between Noon and 3PM (Pacific Time)!