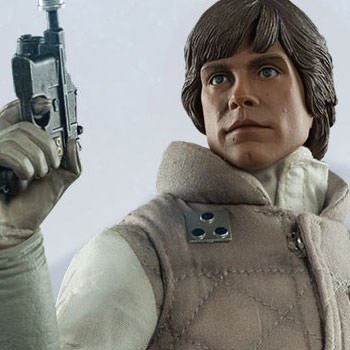 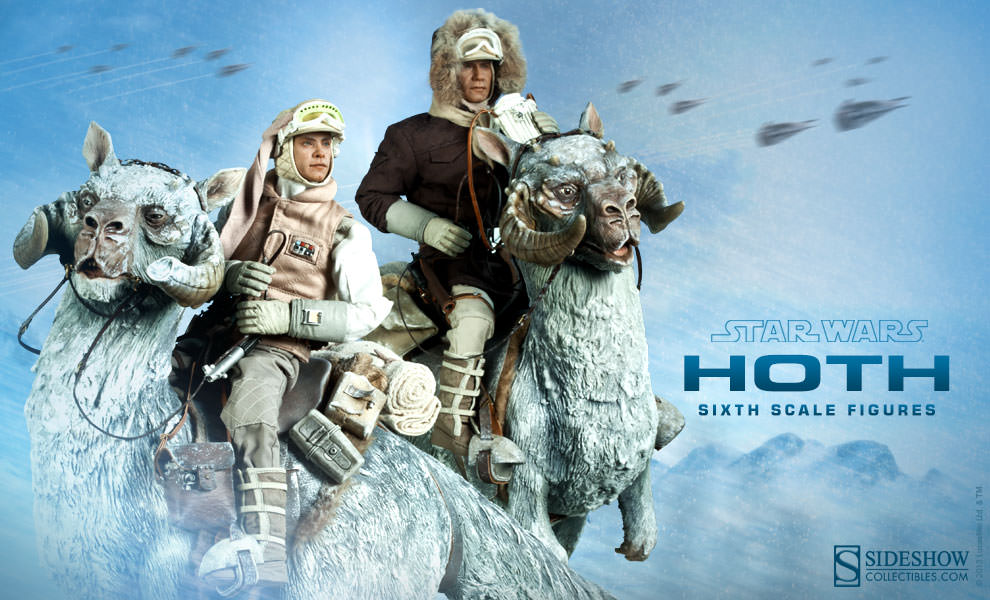 With Tauntauns as their trusty steeds, Luke Skywalker and Han Solo patrol the icy plains and mountains that surround the Rebel base on Hoth during the war against the Empire.  Sideshow Collectibles’ Luke Skywalker, Han Solo, and Tauntaun Sixth Scale Figures will be the Star Wars pieces you’ll want more than a hungry wampa!