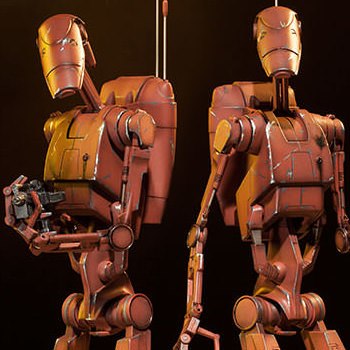 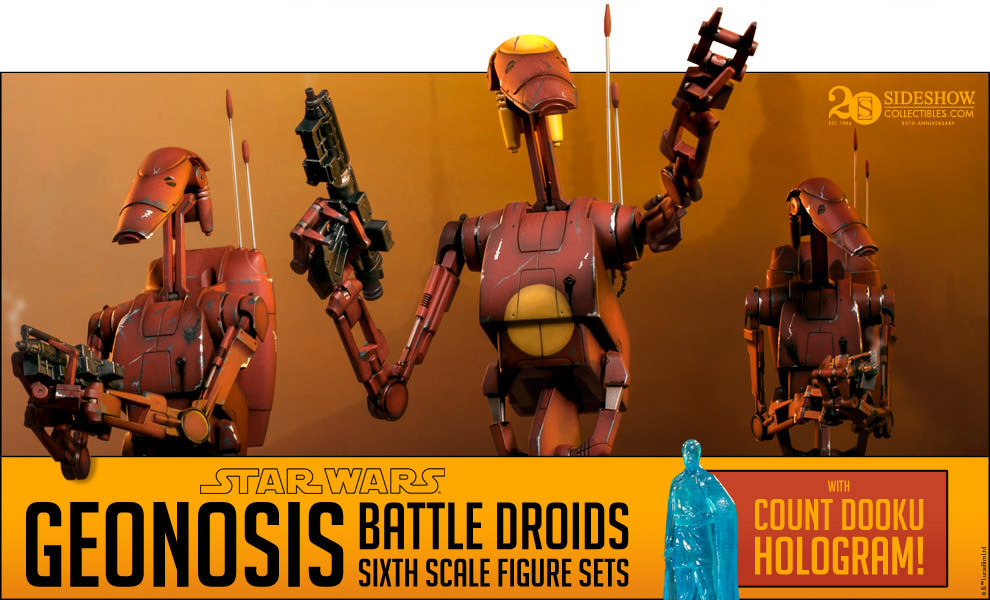 The first battle that ignited the Clone Wars would be fought on the rocky and harsh planet of Geonosis.  One of the major players in this epic fight between the Confederacy, Jedi, and the Galactic Republic were an army of various Battle Droids.  Sideshow Collectibles Star Wars Geonosis Infantry Battle Droids and Geonosis Commander Battle Droid & Count Dooku Hologam Sixth Scale Figure Sets will be available to Pre-Order on Thursday, February 20, 2014!