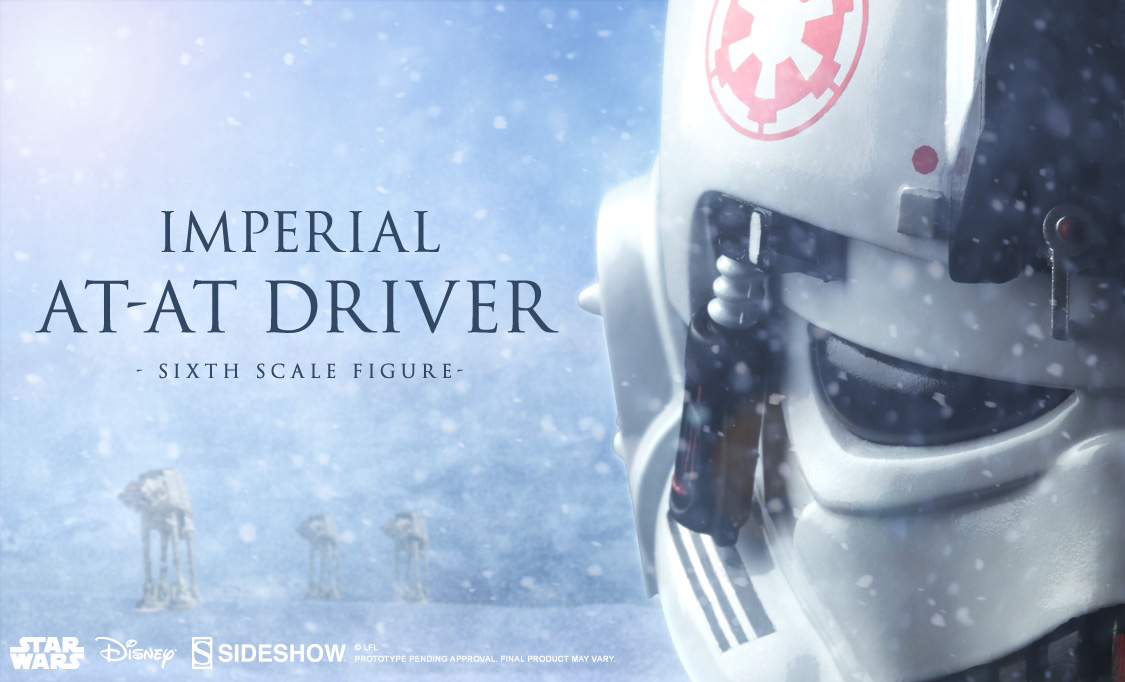 Trained to pilot the All Terrain Armored Transport these tried and true soldiers of the Empire had one intense job! Following the releases of Sideshow’s other Star Wars pilots of  Luke Skywalker: Red Five X-Wing and Imperial TIE Fighter Pilot will be the Imperial AT-AT Driver sixth scale figure! This Empire soldier will be available for Pre-Order in the future!