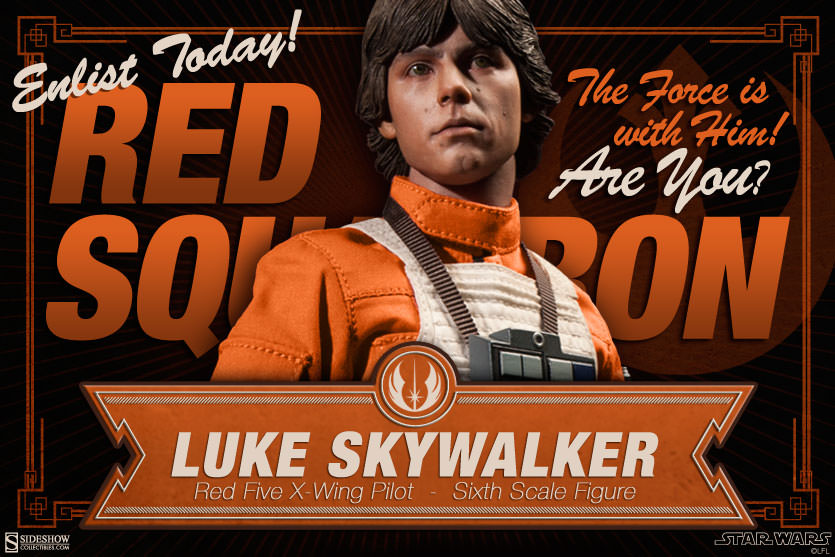 In the final climatic battle scene in Star Wars: A New Hope, a young pilot along with the aid of many rebel forces would change the course of the Empire’s ever growing iron fist over the galaxy.  Sideshow’s Luke Skywalker: Red Five X-Wing Pilot Sixth Scale Figure will be blasting in for Pre-Order in the future!