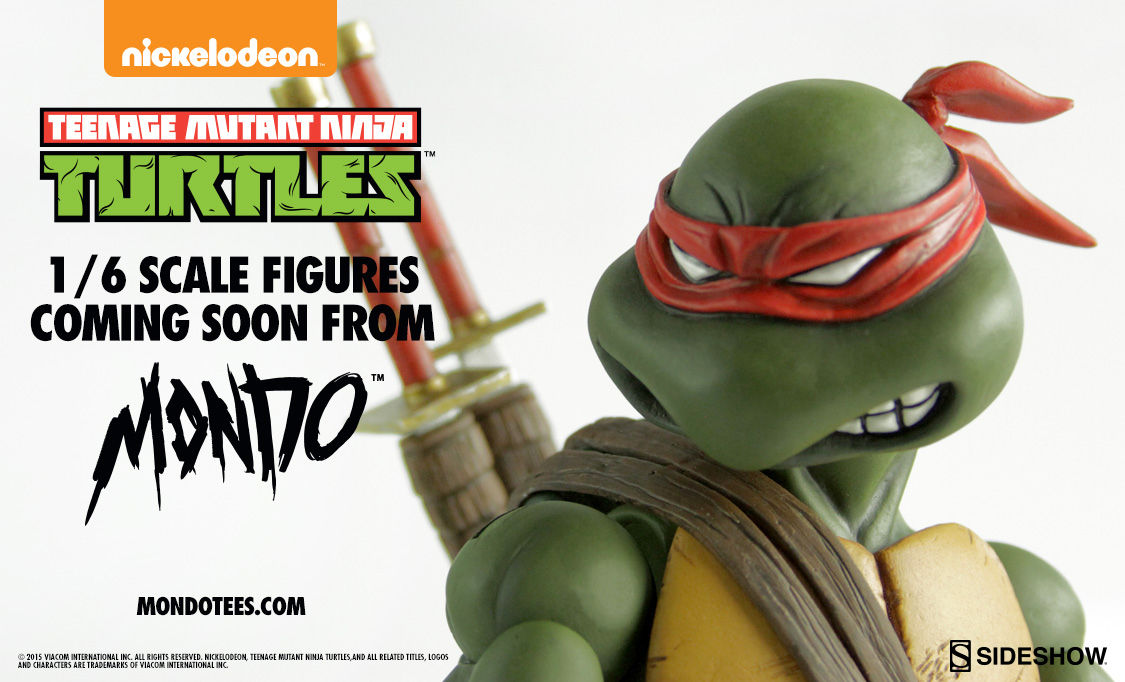 We are very excited to announced that Mondo will be releasing sixth scale figures of your favorite heroes in the half shell! Be on the lookout for Mondo’s Teenage Mutant Ninja Turtle Sixth Scale Figures for Pre-Order on Sideshow’s site in the future! For those attending Comic-Con in San Diego July 8th – 12th, 2015 make sure to swing by Mondo’s booth to check out their first TMNT figure!