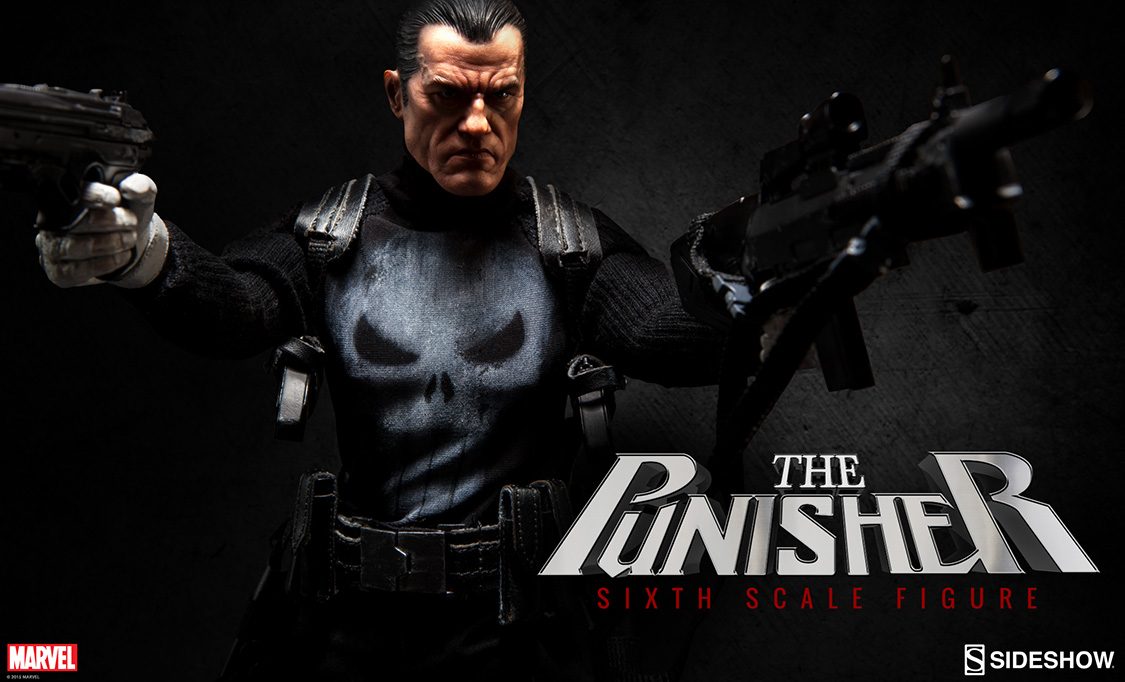 After his family was killed by the mob, Frank Castle became known as The Punisher!  As a vigilante, he takes justice into his own by any violent means necessary.  Sideshow’s The Punisher Figure is part of the Marvel Sixth Scale Figure line and will be available for Pre-Order on Thursday, October 8, 2015 for fans of this unconventional Marvel hero!