When they decided to expand on Bob Kane’s famous 1939 character, the Bat-Man, DC Comics had it right on the money. The villain-busting, technology-loving, ultra-trained playboy has had a place in our hearts since Detective Comics #27, and with the impressively over-the-top films from the DC Extended Universe, he isn’t going to be forgotten anytime soon.

What sets Batman apart from Superman and others is the fact that he has no powers—he’s human enough for us to relate to. Not many of us can spend billions of dollars on weaponry and outfight a squad of ninjas, but the Batman character reminds us of the almost infinite potential within humanity. With the right resources, a human being can achieve the impossible. And perhaps the best of Batman’s resources are his gadgets.

We may not actively fight criminals, but we all use technology every day of our lives.  Some gizmos thought to be nothing more than science fiction a few decades ago have been produced and distributed worldwide. Even some of Batman’s tech has real-world applications, or at least, future ones. Regardless of whether they actually exist or not, the gadgets of the Bat are a fascinating subject. 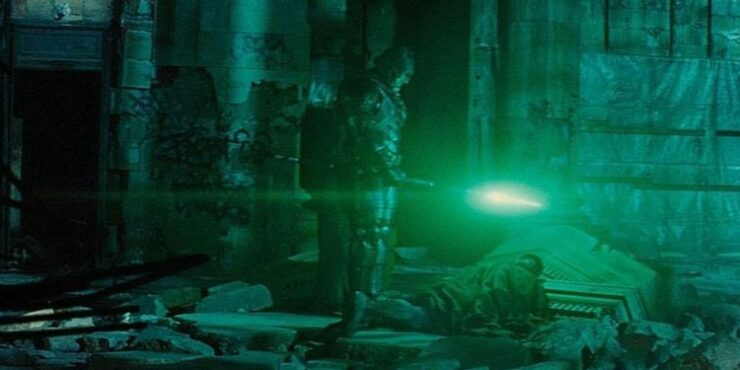 This tool isn’t as much a piece of technology as it is a testament to Bruce Wayne’s ingenuity. Unable to stop the omni-powerful Superman in Batman v Superman: Dawn of Justice, Batman gets ahold of some Kryptonite, Superman’s only known weakness. After battling it out, Batman ends up towering over a defeated Man of Steel, Kryptonite spear in hand.

Were it not for Lois Lane intervening, the Dark Knight would have certainly pierced the heart of the most powerful being on the planet. The scene is laced with religious imagery surrounding Superman brought down to a position of vulnerability. 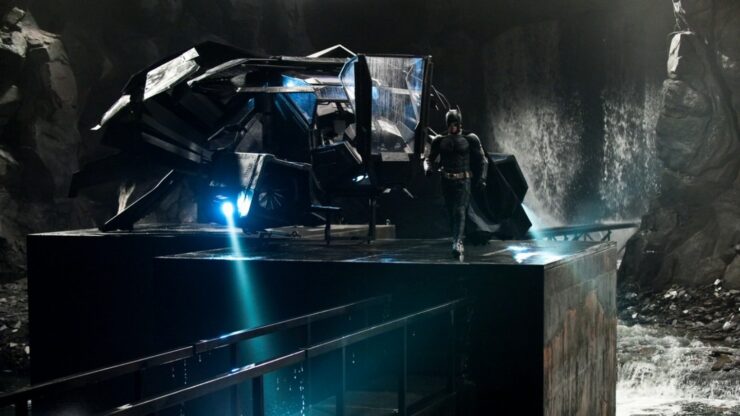 Easily the favorite toy of Lucius Fox, Batman’s tech guy in the comics and The Dark Knight film trilogy, the Bat is an aerial wonder that’s not quite a plane and not quite a helicopter. It is an impressive piece of technology capable of maneuvering through the labyrinth of skyscrapers that is Gotham City. 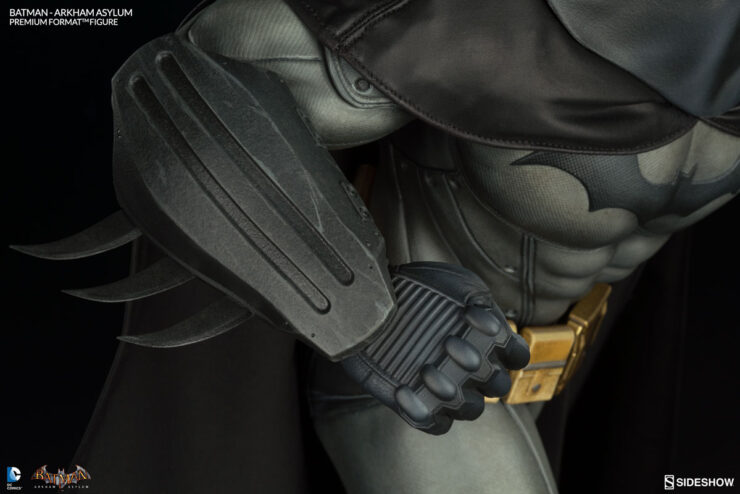 In all of Batman’s escapades from before Batman Begins, the gauntlets worn on the character’s arms were basically there for style — an artistic decision on the part of the illustrators, making Batman even more menacing. Add spikes to almost anything and it looks cool.

With the Nolan films, however, they were rendered as both shields and lethal weapons. They could be used to strike and slash at enemies as well as fire out sharp projectiles. 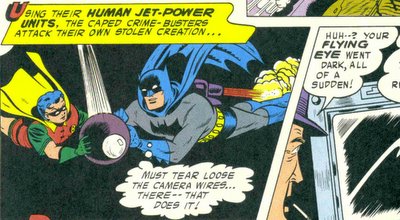 In some of the comics, Batman controls a spherical surveillance device that travels through the air at high speed. This was in comics from decades ago, and it coincidentally predicted some aspects of modern surveillance. A variety of remote controlled drones are used by Special Forces and companies all over the world … which, you have to admit, is quite a scary prospect. Thanks Batman. 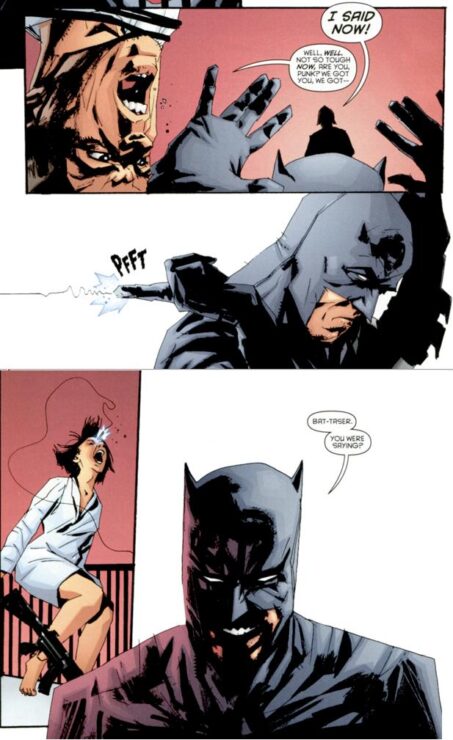 In some DC Comics media, Batman can produce a powerful electric current from either his suit or his finger. One of the coolest examples of this was in Scott Snyder’s Batman: The Black Mirror where Batman used it on a woman sneaking up behind him with a machine gun. In this book, Dick Grayson has taken up the mantle of Batman. Judging by the artwork, it must have been a very painful experience for her. 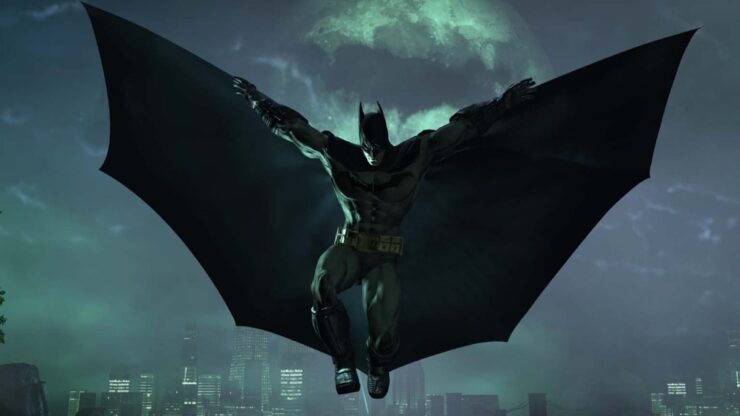 A few renditions of Batman feature him with a cape that’s a lot more than just a piece of fluttering black cloth. It can spread to the sides and achieve lift like the wings of an actual bat. This has its precedent from Batman’s earliest days — Bob Kane drew inspiration from Leonardo Da Vinci’s designs for flying machines, the bird-like (AKA bat-like) ornithopters.

In application, many human-powered flapping/gliding machines have actually been engineered by real people, and a recent one called the Snowbird was powered by nothing but good old fashioned human muscles. 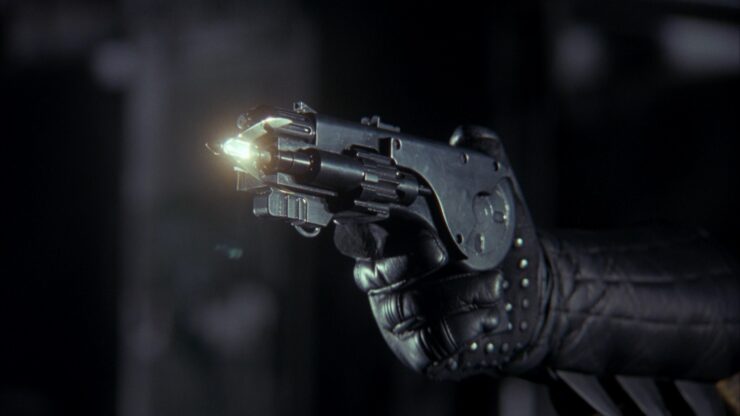 Introduced in Tim Burton’s Batman, the grapple gun was a handheld device capable of firing a hooked rope that allowed the character to swing from buildings and travel high above the streets of Gotham. Batman had used rope in the past, but this was a much more efficient way of getting around.

Real life versions of this gadget have been made, but none of them are as efficient and versatile as Bruce Wayne’s techno-wonder.

For the film The Dark Knight, Batman’s tech-guy Lucius fitted him with sonar goggles. A high-frequency pulse is emitted from a modified cellular phone, which bounces off of physical objects and completely maps out the environment. This sonar image is simultaneously sent to Batman’s goggles, giving him the ability to see what’s going on in another location.

Bruce Wayne takes it a step further by applying the concept to every cell phone in the city, enabling him to map out the whole of Gotham and easily locate the Joker. Applications for sonar have been used for years, but never to this extent. The Swiss Institute of Technology did something similar using very loud speakers, but they didn’t map out anything close to city-sized. 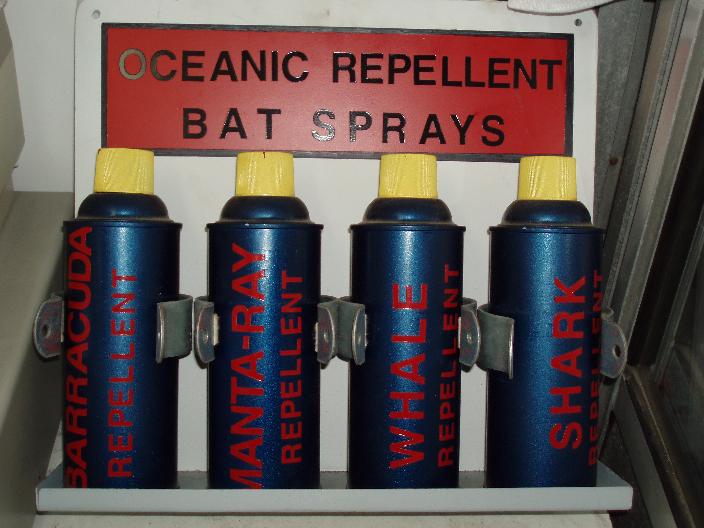 This is probably the silliest of the Dark Knight’s gadgets. In the first licensed Batman feature film from 1966, Batman and Robin dangled from the ladder of a helicopter over the ocean only to have a freaking shark attack them. Conveniently, Adam West said, “Hand me down the Shark Repellent Bat Spray!” Why did he have this? Why did it exist?

Although Batman had some dark, complex aspects to his personality even early on, the bulk of his on-screen adventures in the 20th century were soaked with ridiculous camp. Even so … I mean, was he in the water a lot? Then again, the Caped Crusader can do just about anything (even kill an alien man with god-like strength — well, he could have), so maybe Bruce Wayne has a degree in marine biology.

An interesting fact is that the shark repellent had existed in comic form eight years before the film was released (Batman #117). That one was at least a bit more serious –Batman and Robin used it against a colossal alien serpent of the deep sea. 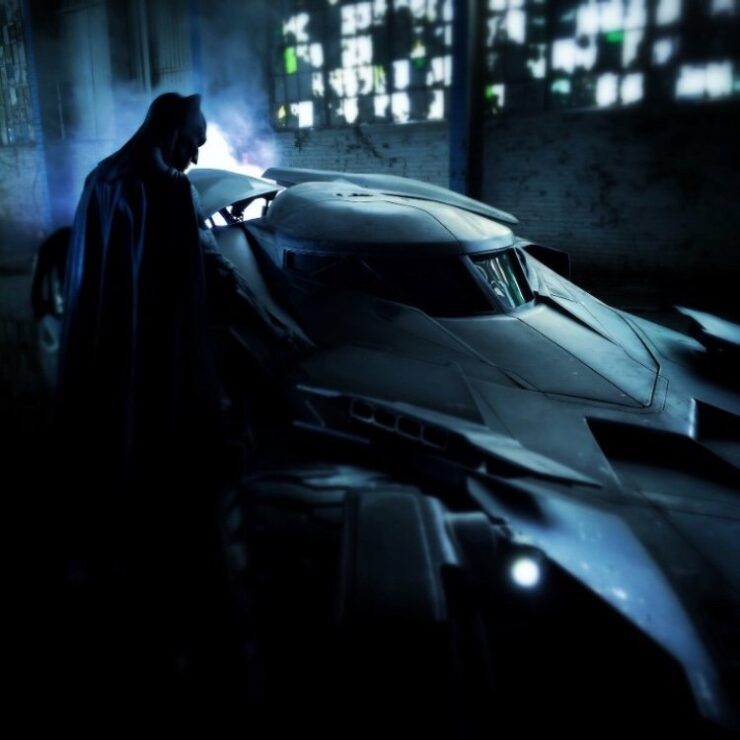 This dazzling vehicle is Batman. It’s easily the most iconic super hero vehicle ever drawn or brought to the big screen. Like the chameleonic Batman himself, the Batmobile has morphed extensively over the years. It’s been a car, a tank, a mobile crime lab, and much more.

One of the best iterations was the Batmobile seen in the Christopher Nolan trilogy. It was a military type vehicle called the Tumbler. Real-life organizations such as DARPA have tried their luck at designing similar vehicles, and it’s no question that there are quite a few militaristic machines that rival the fictional vehicle’s technological prowess.

What’s your favorite piece of Batman tech? Tell us in the comments and Let Your Geek Sideshow!