The Lord of the Rings films are stories of courage, hope, and brotherhood. Good triumphing over evil in Middle-earth would not have been possible without the strength of its main characters, and without the love and loyalty that the Fellowship has for one another.

While the male characters in The Lord of the Rings often take center stage, the women of Middle-earth play inspiring and vital roles in Sauron’s ultimate defeat as well. The women also feature in some of the films’ most inspiring moments and provide some of the most powerful and moving quotes in the trilogy.

Here are our top 10 quotes from the ladies of The Lord of the Rings:

“In place of a dark lord, you will have a queen! Not dark but beautiful and terrible as the dawn! Treacherous as the sea! Stronger than the foundations of the Earth! All shall love me and despair!”

Gimli warned Frodo as they entered Lothlórien that “an elf witch of terrible power” called the Golden Wood home. It is in the moment that Galadriel bellows this line that the audience sees her might unleashed. Upon being offered the One Ring, Galadriel transforms from the telepathic, soft-spoken Lady of Light that viewers first met into a terrifying force of nature.

What highlights Galadriel’s strength in this moment, however, is not the display of raw power; her strength lies instead in her restraint. Frodo offers her the Ring without hesitation, and in the face of great temptation, Galadriel remains true to her own heart and purpose.

“If you want him, come and claim him!”

Following fast negotiations with Aragorn regarding which rider stood the best chance of bearing Frodo safely to Rivendell, Arwen makes her way for the Ford of Bruinen with all nine of the Nazgûl in pursuit.

Urging her horse Asfaloth onward, she crosses the ford and turns to square off against the Ringwraiths as they face her down from the other side of the water. One of the nine cloaked riders demands that Arwen “give up the halfling.” Drawing her sword, she defiantly challenges the servants of Mordor with this now iconic quote.

In this quote and the chase that preceded it, Arwen’s courage and cool head in the wake of immeasurable danger are apparent. The Nazgûl often strike fear into the bravest of beings, and Arwen unflinchingly faces them. As the riders begin their gallop across the stream, Arwen recites a spell in Elvish, causing a deluge of enchanted water horses to sweep Sauron’s servants away.

“Courage, Merry. Courage for our friends.”

As Éowyn and Merry survey the forces of Mordor on the Pelennor Fields, the gravity of the battle at hand sets in for the shieldmaiden and hobbit. Both of them know what it was to be underestimated, and both want nothing more than to contribute to protecting the people and the lands that they love.

Sensing the understandable fear in her halfling companion, Éowyn offers these words of comfort and encouragement to Merry. While Éowyn’s prowess as a warrior is undeniable, it is her ability to empathize with Merry in this moment and her unwavering conviction to defend those that she loves that sets her apart.

“This task was appointed to you. And if you do not find a way, no one will.”

Considering the visions he has just seen in the mirror, the recent loss of Gandalf, and Galadriel’s confirmation that the Fellowship had already begun to break, it is unsurprising that Frodo gives in to doubt and despair. He expresses his concern that completing his mission on his own is an impossible feat.

Galadriel empathizes with the burden Frodo bears, revealing that she is a keeper of one of the three Elvish rings. She offers Frodo these words that feel both like a warning and reassurance. Galadriel balances both the weight and vital importance of the task at hand with Frodo’s singular ability to be the one that sees it through.

“Women of this country learned long ago those without swords can still die upon them. I fear neither death nor pain.”

As the people of Edoras prepare for Saruman’s army to wash over Rohan, Éowyn practices with her sword in the Golden Hall. Aragorn watches her and notes her skills. Éowyn reads the subtext in his comment, and recognizes that her abilities are not entirely common in the women of Middle-earth.

In this moment, she both acknowledges her skill and explains her sound reasoning for being able to defend herself. Éowyn’s fierce independence is undeniable in this moment; if she or anyone she loves is in danger, she fears only her own inability to do something useful and worthy of renown.

“I would rather share one lifetime with you than face all the ages of this world alone.”

It can be easy to write Arwen off as Aragorn’s love interest, but to do so would be to ignore her courage and conviction to follow her heart while being fully aware of what it will cost her. As Aragorn urges Arwen to reconsider her choice to sacrifice her immortality to be with him, Arwen makes her desires and ultimate choice clear when she says this to him in a quiet shared moment in Rivendell.

Throughout the trilogy, both Elrond and Aragorn try to convince Arwen to go into the West with the rest of the elves out of love. In spite of their well-intentioned urging, Arwen makes her own choice and commits to the life that she knows she wants for herself.

“Even the smallest person can change the course of the future.”

Galadriel possesses a deep well of wisdom, so it comes as no surprise that even in the small amount of time that the Fellowship spends in Lothlórien, she is able to impart a great deal of it to Frodo and the rest of the Fellowship.

As Frodo reflects on the daunting nature of the task before him, Galadriel leans in close to the Ringbearer and gently reminds him that in spite of the odds and his own literal and figurative stature in the wake of his task, he is capable of doing what he has set out to do.

“There is still hope.”

Much of Arwen’s time onscreen is spent being discouraged from her decision to stay in Middle-earth as the elves depart. As the fate of the Fellowship and Middle-earth seems less sure with every passing day, Elrond’s fear for his daughter’s choice grows.

He tries to convince Arwen of the futility of Aragorn’s mission, telling her the path to defeating Sauron once and for all is all but hopeless. He strikes further doubt into his daughter’s heart by reminding her that even in the event that the forces of good are triumphant, Aragorn will one day inevitably be forced to leave her due to his mortality.

One of the most important themes that Arwen provides in the films is her abiding hope that things will be alright. Although she cannot possibly know how or when things will work out, she maintains almost unwavering faith in her choice and in the fate of Middle-earth. Any doubt she experiences is quickly removed from her heart by the reminder that at her core, she knows what she wants for herself.

With Theóden fatally wounded, a disguised Éowyn steps between her fallen uncle and the Witch-king mounted on his fell beast. In two swings of her sword, she beheads the winged monster and defends herself and her king against Sauron’s most formidable lieutenant. Her arm is shattered in the process, and for a moment she is subdued.

The Witch-king reminds Éowyn of the prophecy stating that he cannot be killed by any man. Merry deftly stabs the Witch-king in the leg, causing the Nazgûl lord to release his grip on Éowyn. She rises to her feet, casts aside her helm to reveal her identity, and delivers this line before driving her sword through the Witch-king’s faceless helm.

Éowyn, who had for so long been set aside due to her gender, is able to defeat Sauron’s most powerful servant because of her love for her uncle, her skill and unshakeable courage on the battlefield, and because of her gender. It is no wonder that this remains one of the most iconic lines from The Return of the King to this day.

“Ónen i-Estel Edain, ú-chebin estel anim.” (“I give hope to men. I keep none for myself.”)

In the films, the first part of this quote is spoken by Elrond and the second spoken by Aragorn in The Return of the King. This quote, spoken in Elvish, are in fact the final words Aragorn heard from his mother, Gilraen.

Following the death of her husband, Gilraen was left alone to raise the young heir to the throne of Gondor. This was no small feat; as the only man that could unite the kingdoms of men, Aragorn had a target on his back from the time he was small. Gilraen sought out shelter in Rivendell, and Elrond agreed to take them in.

Gilraen’s primary goal was to keep her beloved son safe, so she did not share who he was with him until he reached adulthood. She recognized the important role her son might someday play, and in spite of her fear for her son and knowing the risk, she recognized that Aragorn’s fate was to restore hope for all of men.

Elrond reminds Aragorn of his mother’s words as he bestows the reforged blade of Elendil to the would-be king, encouraging him to embrace his destiny as his mother felt he would.

To imagine these stories without the conviction, courage, and compassion of the women involved is an impossible task. From epic moments on the battlefield to quiet, personal moments with other characters, the fate of Middle-earth would have been significantly grimmer without the role that the ladies of The Lord of the Rings played in Sauron’s defeat.

Which quote is your favorite? Did we miss any others? Don’t forget to Let Your Geek Sideshow and let us know in the comments! 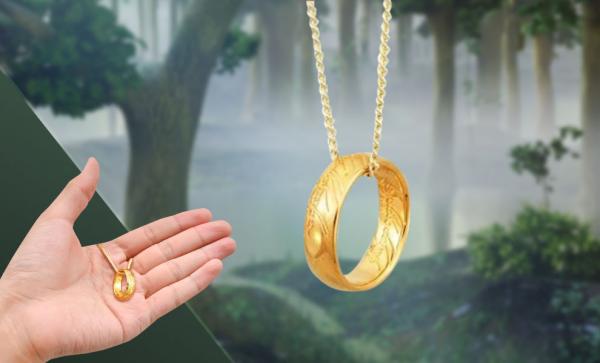 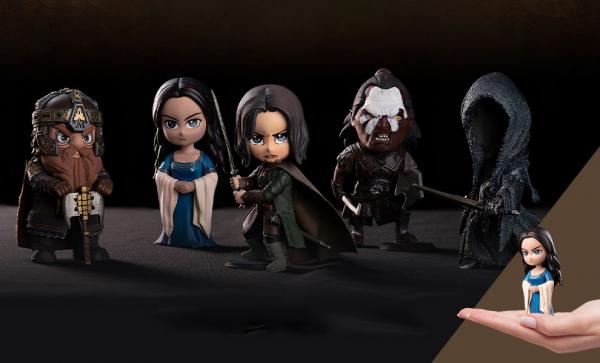 The Lord of the Rings Series Q-Bitz
Collectible Set

The Most Tragic Villains of Star Wars™