This past weekend, thousands of Disney fans flocked to D23 Expo at Anaheim Convention Center in California to join filmmakers, actors, and celebrities for exciting announcements from the Disney empire – which expands across Marvel, Star Wars, Pixar and beyond.

If you didn’t make it to the D23 Expo, check out our D23 wrap-up highlighting 23 of the most exciting things that happened!

Marvel Studios president Kevin Feige came on stage to introduce Doctor Strange with an abundance of preliminary concept art, declaring the film would push the boundaries of the cinematic universe. Confirmed cast members include Tilda Swinton and Chiwetel Ejiofor, along with Benedict Cumberbatch as Doctor Strange.

Although Cumberbatch couldn’t be at the event in person, he sent a video message in which he promised, “Girls, cars, explosions and a bit of astral projection into multiple dimensions. The usual fare.” 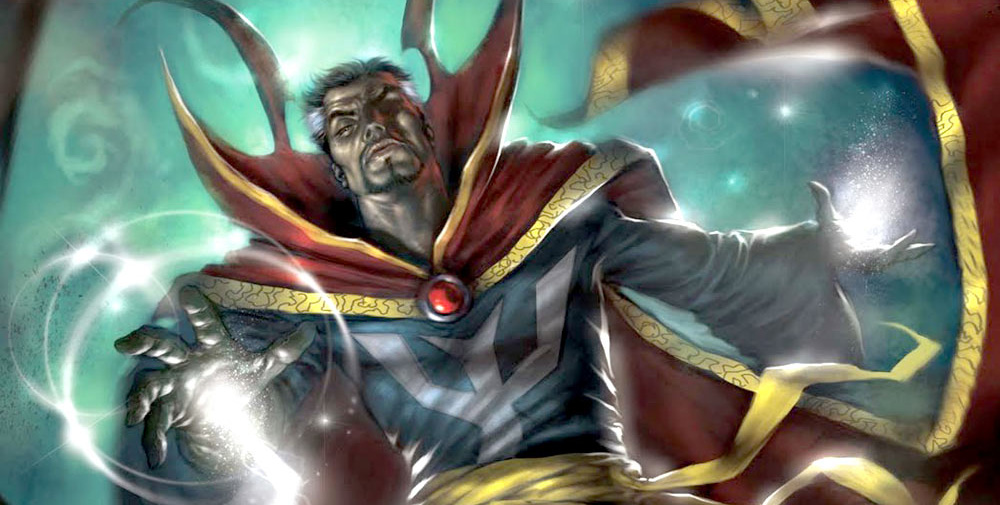 Chris Evans and Anthony Mackie flew in from Germany to introduce the first footage from Captain America: Civil War. The footage opens with a fight between the new Avengers and Crossbones. During the showing, the biggest applause came from an exchange between Iron Man to Captain America arguing about the ethics of being a superhero as Stark says, “Sometimes I want to punch you in your perfect teeth.” The footage also featured Black Widow fighting Hawkeye, a glimpse of Chadwick Boseman Black Panther, and a funny scene with Ant-Man – who has apparently been recruited to Team Cap. 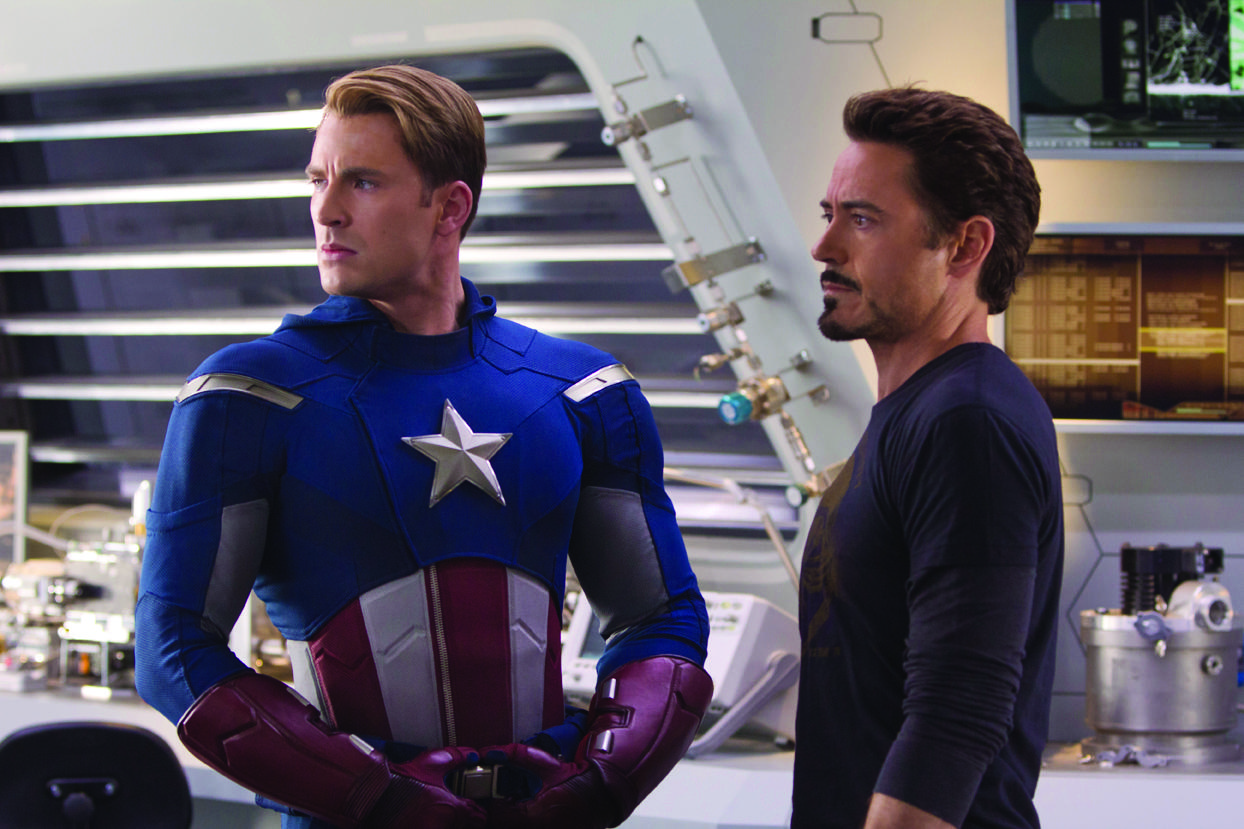 When J.J. Abrams brought out cast members from Star Wars: The Force Awakens, Harrison Ford made a surprise appearance, receiving a huge standing ovation and thunderous applause. “I’m very happy, yesterday following in the footsteps of George Lucas, the author of the early chapters of my story,” said Ford. “It’s a great thrill to be with you, who made this whole thing happen.”

Although no new footage from Star Wars: The Force Awakens debuted at D23 this weekend, fans were still given a pretty fantastic treat from the film. As an exclusive promotion, a new Star Wars: The Force Awakens poster has been revealed with illustrations from famed poster artist Drew Struzan, the man behind the final theatrical posters for the special edition of the Star Wars trilogy as well as the prequel trilogy. 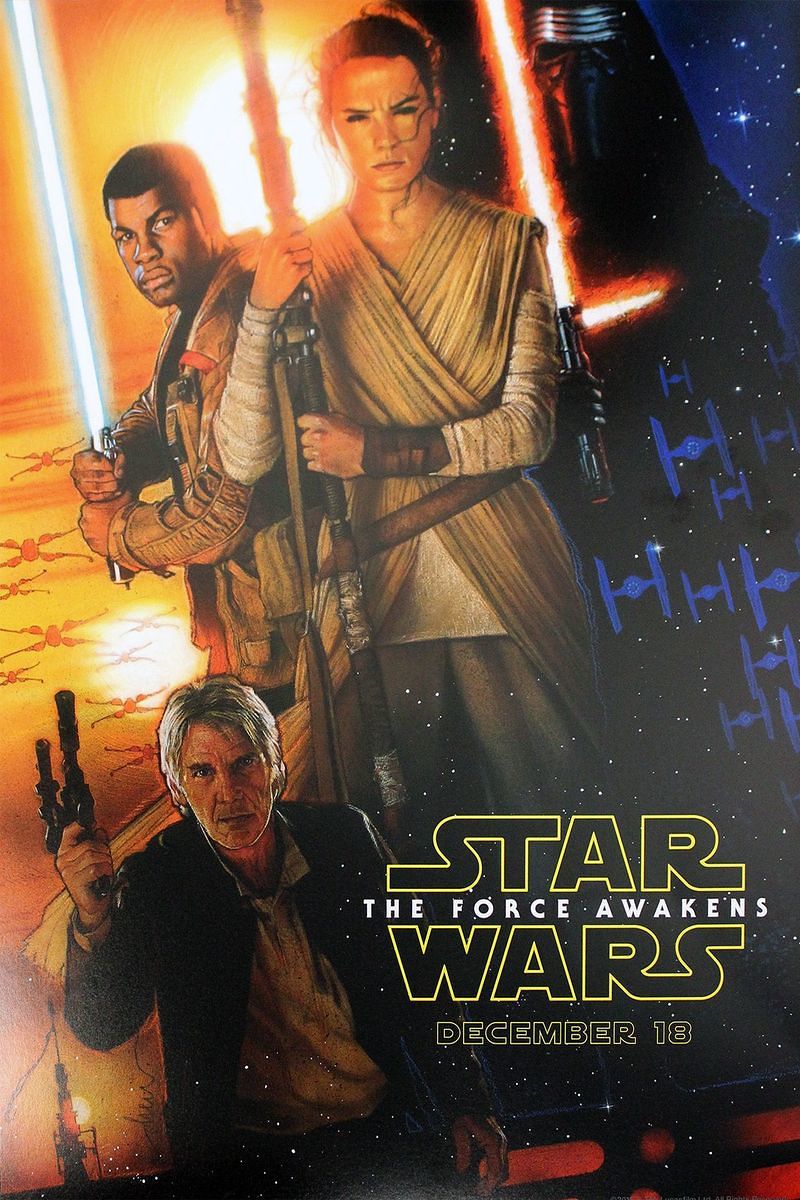 5. Meet the Star Wars Rogue One cast and crew

Lucasfilm unveiled the entire cast of director Gareth Edwards’ Star Wars: Rogue One, and shared the first picture from the set. The spin-off film has begun principal photography. It will take place before the events of Star Wars: A New Hope, and tell the story of resistance fighters who have united to steal plans to the dreaded Death Star. Lucasfilm president Kathleen Kennedy said, “It goes into new territory, exploring the galactic struggle from a ground-war perspective while maintaining that essential ‘Star Wars’ feel that fans have come to know. Gareth is such an innovative director and I’m so excited to be working with him and the extraordinary ensemble cast he’s selected for ‘Rogue One.” Star Wars: Rogue One will be in theaters December 16, 2016. 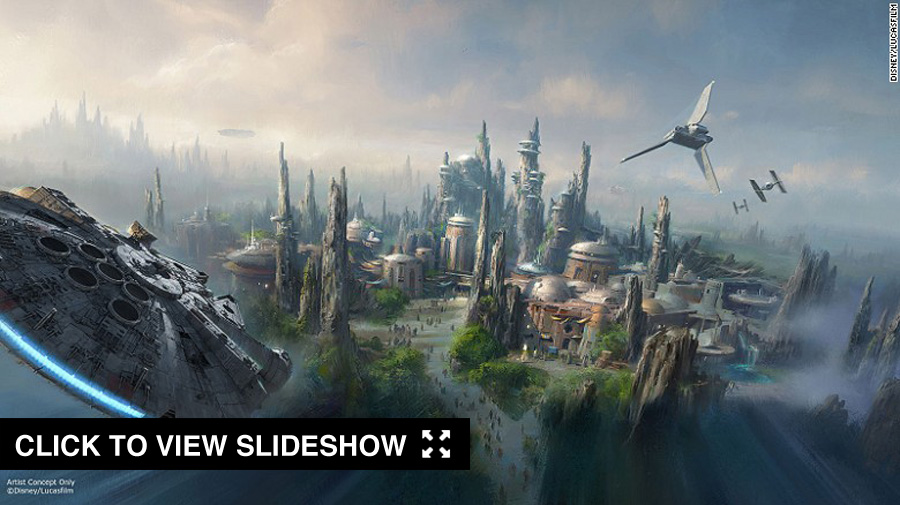 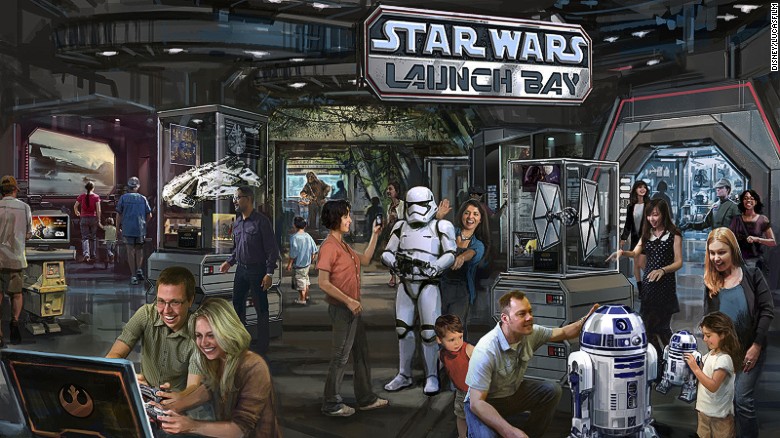 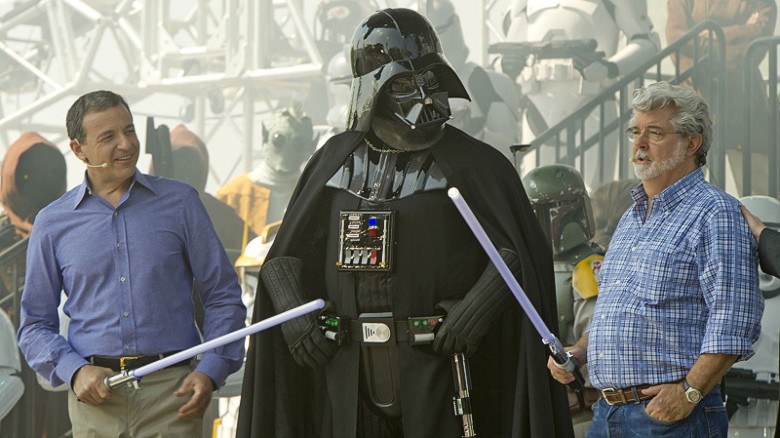 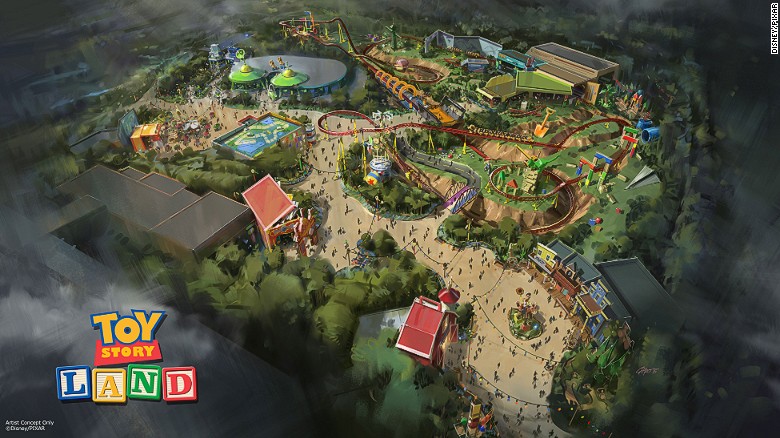 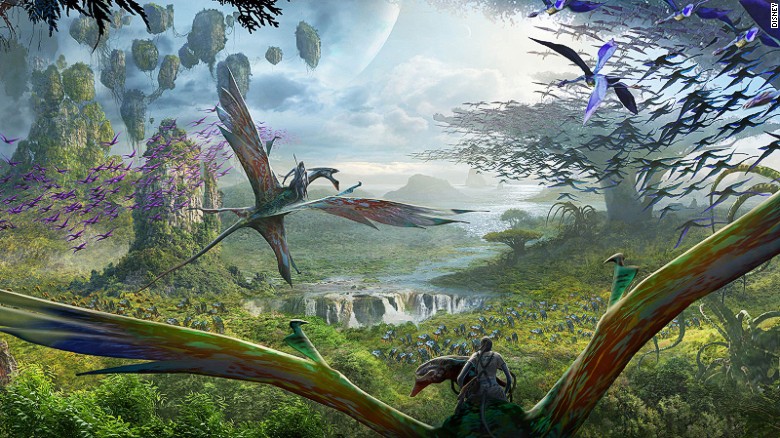 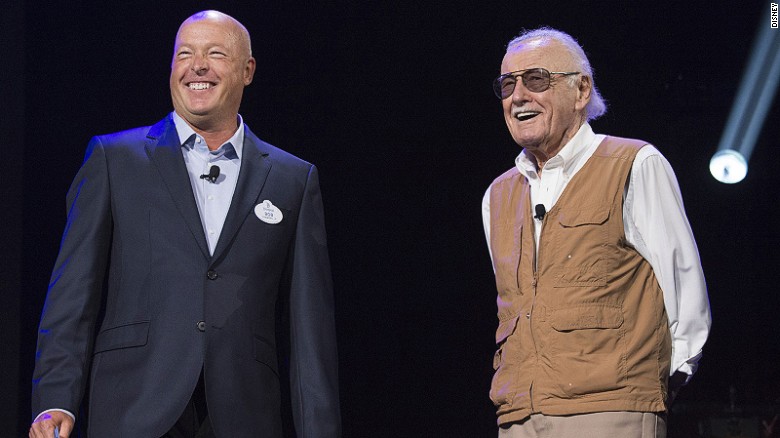 Calling it the company’s “largest single-themed land expansion ever” Iger stated, “These new lands at Disneyland and Walt Disney World will transport guests to a whole new Star Wars planet, including an epic Star Wars adventure that puts you in the middle of a climactic battle between the First Order and the Resistance. The entire experience will be deeply immersive, with shops run by various alien species, and a couple of key attractions – including the ability to take control of the Millennium Falcon.

Meanwhile, Disney also unveiled plans for Season of the Force, a new seasonal event beginning in early 2016 which will invite guests to explore the Star Wars galaxy with special entertainment throughout the park. In Disneyland’s Tomorrowland, the classic Space Mountain attraction will be transformed into Hyperspace Mountain where guests will join an X-Wing Starfighter battle. At Disney World’s Hollywood Studios, a new fireworks spectacular show set to the score of the Star Wars movies will close out the night. The Star Tours motion simulator will be getting an update as well; coming later this year, Star Tours – The Adventures Continue will include a new adventure featuring locations and characters from the upcoming film Star Wars: The Force Awakens. And finally, the Jedi Training Academy will be re-imagined with a new experience that includes “a new villain” to battle from from the Disney XD series Star Wars Rebels.

Marvel legend Stan Lee made one of his most exciting cameo appearances yet! Posing as an unsuspecting fan, the creator of the Marvel universe stole the show from Iron Man himself, who made an appearance to celebrate the upcoming Hong Kong Disneyland attraction Iron Man Experience. This adventure, the first Marvel attraction at any Disney park, is being created with the combined talents of Walt Disney Imagineering and Industrial Light and Magic.

The reimagining of Disney’s Hollywood Studios in Orlando, FL will take guests to infinity and beyond with plans for a new Toy Story Land. This new 11-acre land will transport guests into the adventurous outdoors of Andy’s backyard, where guests will be surrounded by oversized toys, as though they’ve been shrunk to the size of Woody and Buzz.

Director James Cameron revealed details of a new Avatar themed park in Walt Disney World’s Animal Kingdom. The centerpiece ride will be a simulated flight through Pandora on the back of a banshee. 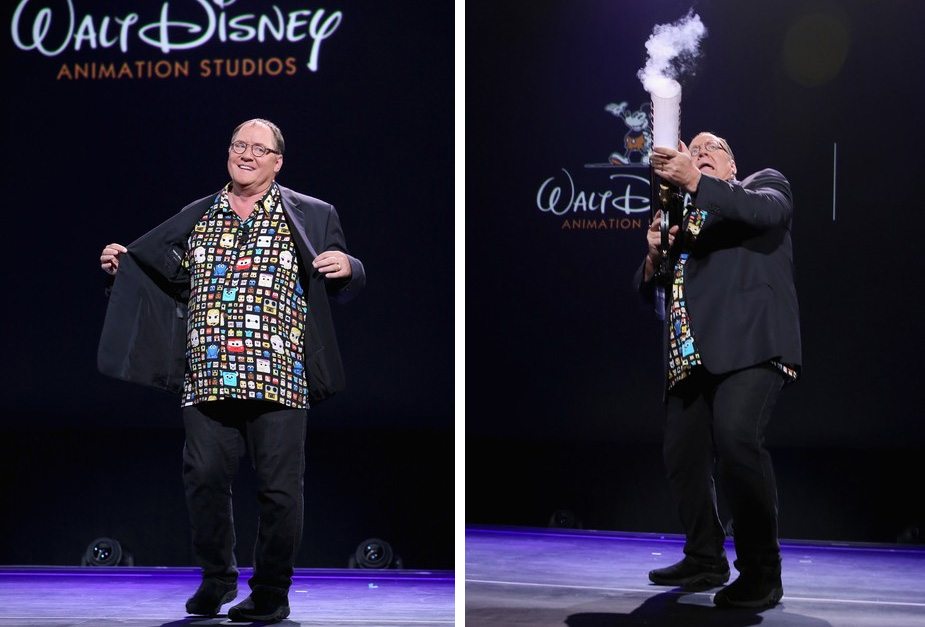 Director and animation legend John Lasseter kicked off the exciting Pixar panel presentation. Not only did he come out on stage rocking one of his signature Hawaiian shirts featuring the characters of Inside Out, but he decided to share the love and launch them into the crowd of more than 7500 excited fans using a t-shirt cannon.

Pixar revealed an entire slate of new films including sequels to four popular franchises, and beyond with posters and details for Toy Story 4, Finding Dory, The Incredibles 2 and Cars 3, as well as original Coco and The Good Dinosaur, plus the short feature Riley’s First Date?

Excited to lift the curtain a bit on what we’ve been working on so hard. #Coco #D23EXPO pic.twitter.com/bDGFzZo0WC 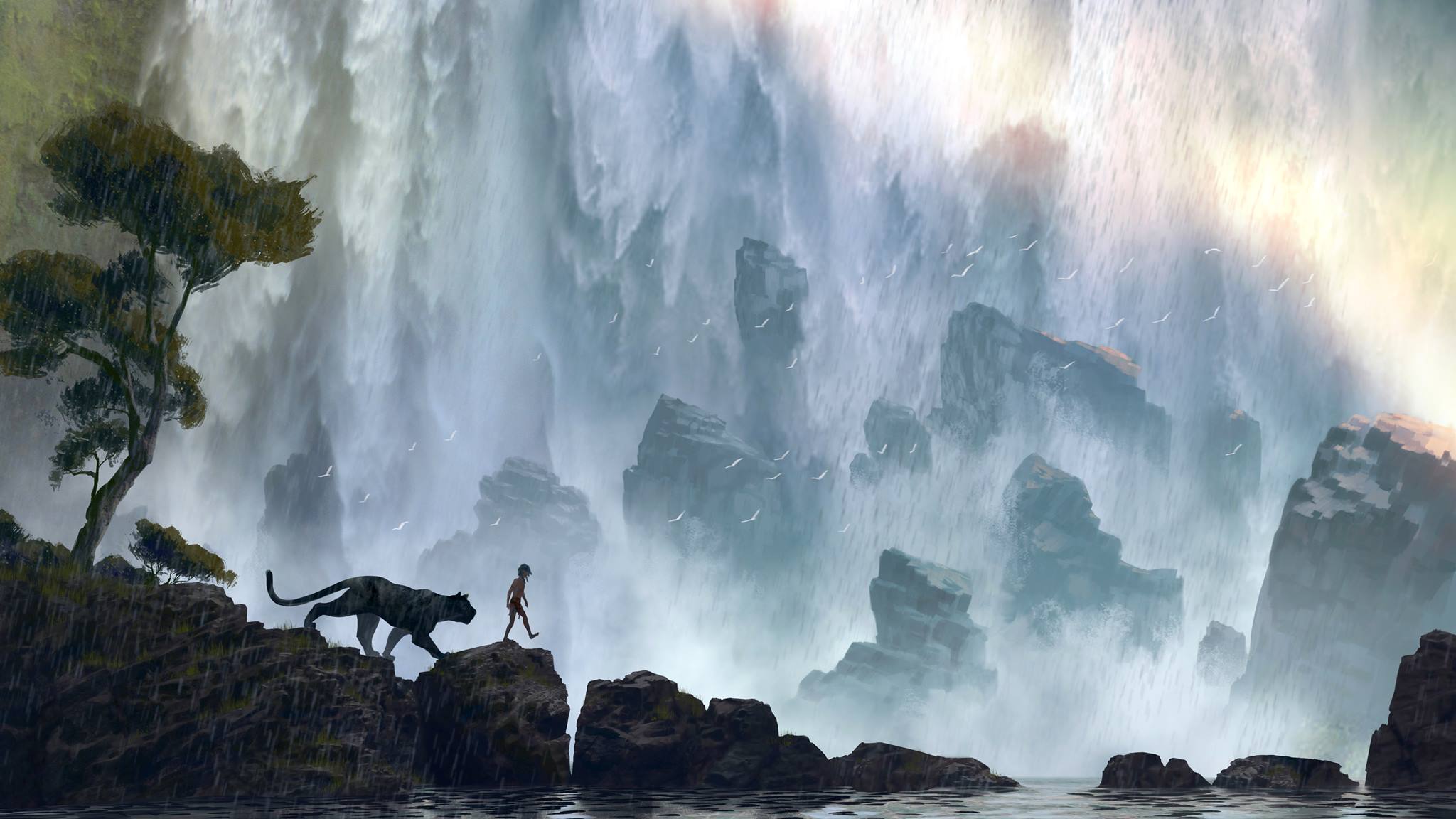 A sneak preview of Jon Favreau’s live-action remake of animated classic The Jungle Book blew fans away with footage of young Neel Sethi as Mowgli, and Bill Murray as Baloo the Bear singing “The Bear Necessities” The all star cast will include Idris Elba as Shere Khan, Ben Kingsley as Bagheera the panther, Scarlett Johansson as the python Kaa, and Christopher Walken as the smooth-talking orangutan King Louie.

15. Pirates of the Caribbean 5

Orlando Bloom will be returning to the Pirates franchise to reprise the role of Will Turner in the fifth film, Pirates Of The Caribbean: Dead Men Tell No Tales. As a fun side note, when the film hits theaters in 2017 it will have been ten years since Bloom’s last appearance – which is the same amount of time Will Turner was cursed to captain the flying Dutchman at the end of At World’s End. 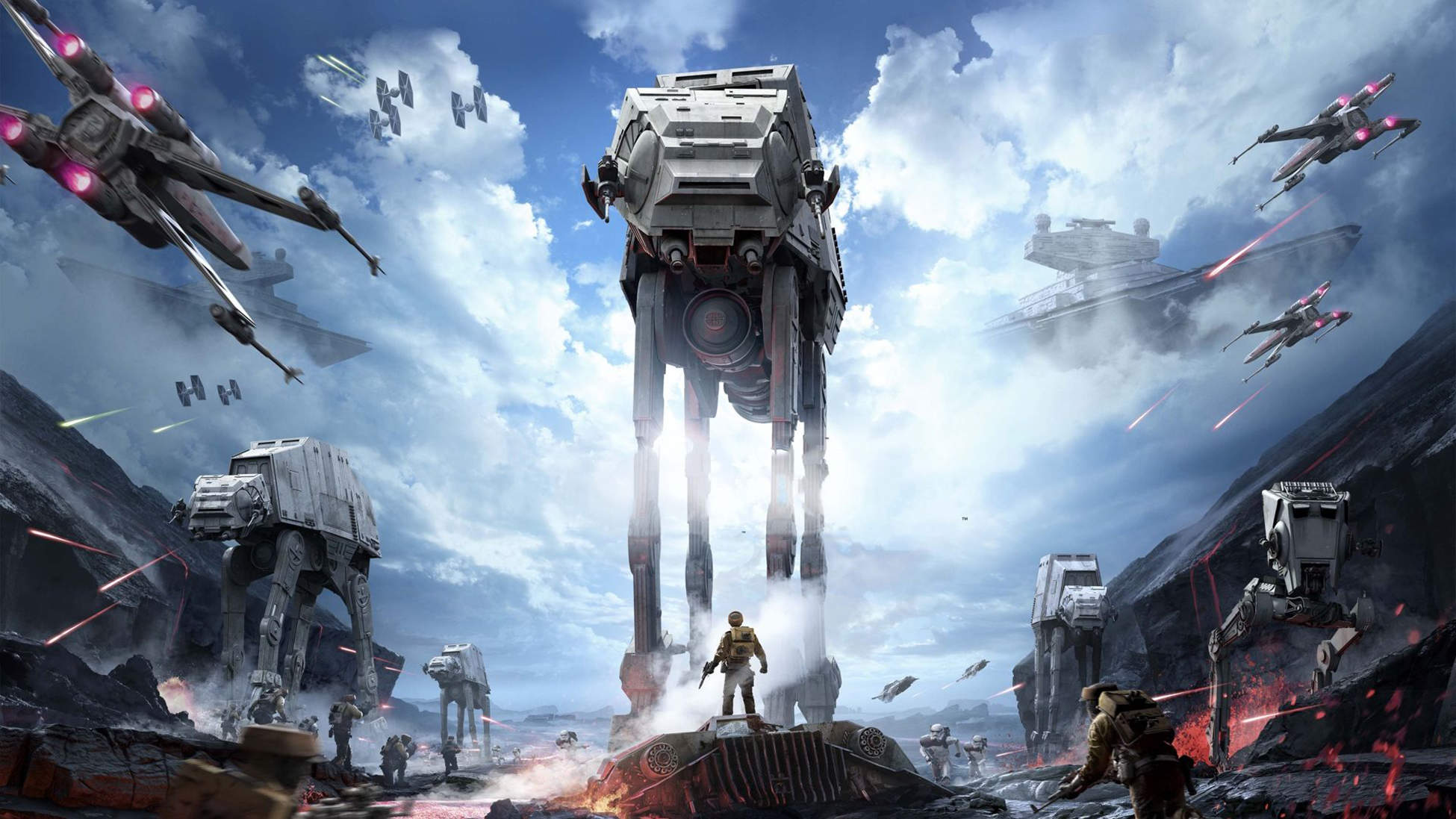 Coming in November 2015, Star Wars Battlefront has already racked up a string of awards at this year’s E3 and Gamescon. Pitaro called it one of the most highly anticipated games in the history of The Walt Disney Company. In a demo level available at the Expo, players could take control of Rebel Soldiers on Tatooine charged with defending escape pods from a wave of Stormtroopers and even an AT-ST.

Riding a multi-year wave of success, Disney Infinity 3.0 has added in characters from the complete Star Wars saga and from the TV animated series, including Anakin and Ahsoka. As a surprise treat, John Boyega and Daisy Ridley of Star Wars: The Force Awakens appeared onstage to give away their character figures – Finn and Rey – for the upcoming Play Set based on the film. The next wave of Disney Infinity will also includes characters from Pixar’s Inside Out and The Good Dinosaur, along with new Marvel characters.

Disney’s massively popular Kingdom Hearts game, which has sold 21 million units so far, announced the newest characters to invade the game—the gang from Big Hero 6! Shinji Hashimoto, Larry Sparks, and Kaori Takasue flew in from Japan to make the announcement, accompanied by Baymax.

Disney Animation and Beyond

19. Gigantic – the new definitive Jack and the Beanstalk film

Coming in 2018, Disney is determined to unveil the ‘definitive’ version of fairytale classic Jack and the Beanstalk with their film Gigantic – 71 years after Mickey and the Beanstalk, and five years after Jack the Giant Slayer. Set in Spain during the Age of Exploration, Gigantic will follow the adventure-seeking Jack as he discovers a world of giants hidden within the clouds and hatches a grand plan to help Inma, a 60-foot-tall, 11-year-old girl, find her way home.

During Frozen FANdemonium fans were treated to an hour long musical performance including the never-before-heard “You’re You,” the first song that was written for Frozen, but which had to be cut because it too-strongly hinted at a major plot spoiler.

It’s time to play the music, it’s time to light the lights! Muppets Kermit, Fozzie Bear, and Gonzo showed up at Stage 23 to talk about their new show The Muppets, premiering this September on ABC. The rumors of the split between Kermit and Miss Piggy were confirmed as part of the new plot, described as “show within a show” where the oddball cast of Muppets star in a behind-the-scenes look at Miss Piggy’s faux late-night show.

This fall PBS will air American Experience: Walt Disney, a two-part, four-hour documentary on the life of Walt Disney, featuring an unprecedented, objective look at one of the world’s greatest-ever storytellers. Featuring rare footage from the Disney archive, and interviews with biographers, animators and artists who worked on his early films, as well as the designers who helped turn his dream of Disneyland into reality, the documentary reveals the makings of the man behind the mouse.

There couldn’t have been a better ending for the show, as the original Mouseketeers from the Mickey Mouse Club gathered onstage to reminisce and sing along with clips from the show. World-renowned film historian and critic, Leonard Maltin was called on stage to present each Mousketeer with a “Mousecar” Walt Disney’s own version of “an Oscar,” Walt had them commissioned but was not able to present them before he passed. The Archives staff found them, and Maltin presented one to each Mouseketeer. Truly a special moment.

Did you attend D23 this year? Tell us all about it in the comments below!

Also, be sure to check out all of our cool new Star Wars Collectible figures and statues! 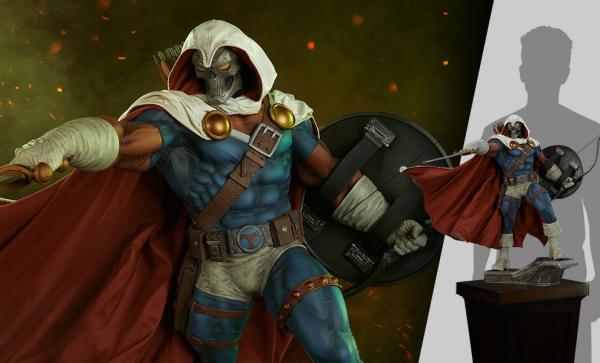