May 25th is Geek Pride Day, but it also marks an incredible milestone in the legacy of the Star Wars saga- this day, 40 years ago, theater audiences first visited that galaxy far, far away. Now in 2017, audiences are excitedly awaiting the next installment of the epic story, Episode VIII: The Last Jedi.

In honor of both Geek Pride Day and the official 40th year of Star Wars, we asked some Sideshow Staff to share their first Star Wars memories from a long time ago, in a galaxy a little closer to home… 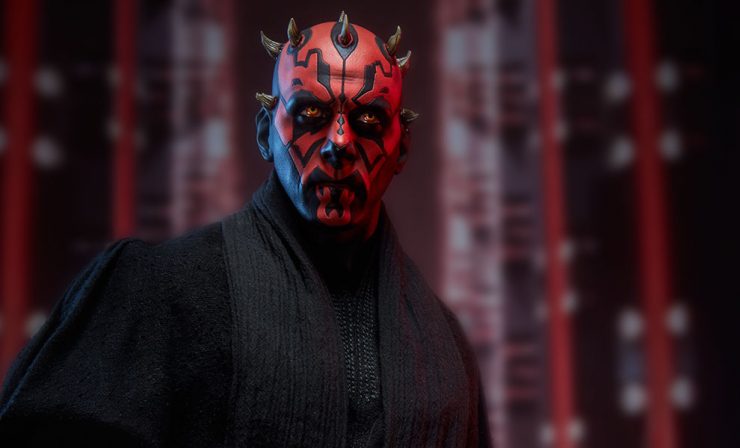 “I have distinct memories of my dad and grandpa taking all of us kids and our cousins to see Star Wars Episode I in theaters. I was an 8 year old little girl at the time, and it rocked my world. Pod racing was unforgettable on the big screen, and Darth Maul shaped my taste in villains for the rest of my life. In fact, SW1 is probably one of the first things that set me on a course to work in the entertainment industry as an adult.” -Lacee 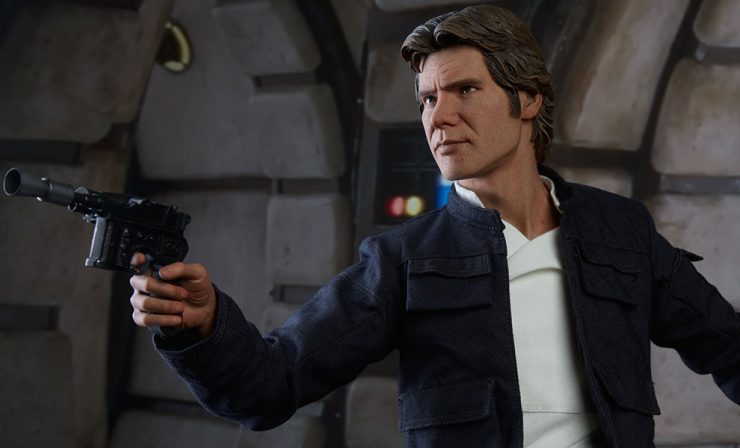 “I never wanted to be a Jedi, but I thought it’d be cool to fly a ship. Basically I wanted to be Han Solo. I even made a holster out of construction paper. My poor mother had to tape that thing back together so many times!” -Remy 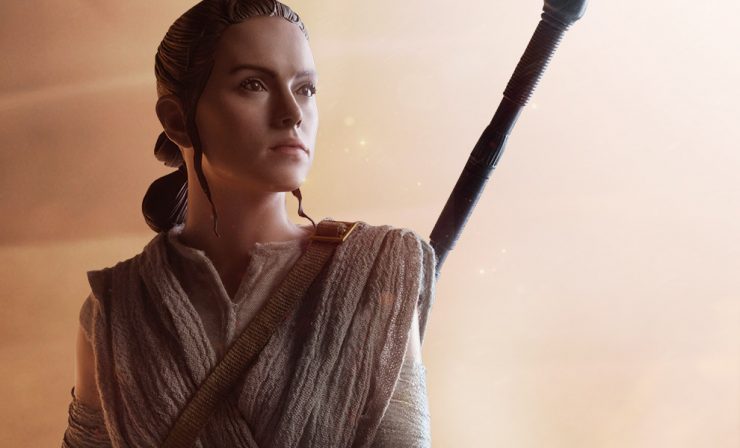 “I somehow didn’t see the Star Wars films until the year 2013. I had to borrow a friend’s DVDs. Her discs were so scratched from being repeatedly watched that my first viewing of Episode V completely stopped at Vader saying, “No, I am your f-”. What a cliffhanger! Episode VII was the first one that I got to see in a theater, and that was an unforgettable experience because I felt like I was truly a part of the Star Wars world now.” -Amy 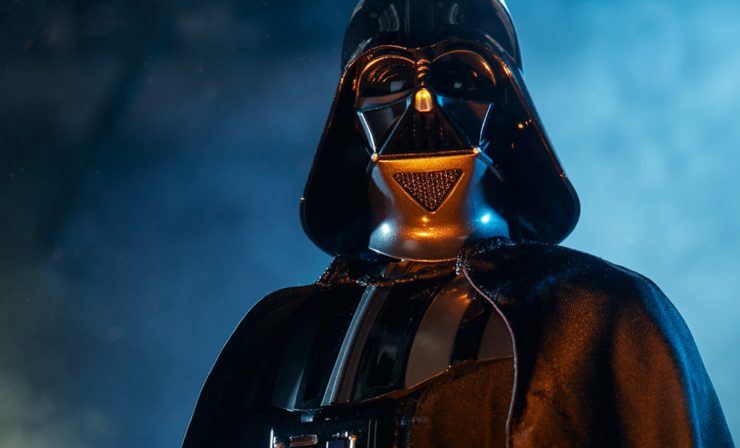 “It was the summer the of ’95 and I was 8 years old. I was at home with my older brother and sister, when I was watching the original Star Wars trilogy for the first time. It was like nothing I had ever seen. Two years later I was able to experience the Star Wars trilogy in theaters with the Special Edition. I was so intrigued by the unique lore, this space fantasy captivated my imagination and I often dreamed about being in the Star Wars universe it allowed me to take a break from the real world. Today I am a proud Star Wars Fan and a member of the 501st.” -Chris 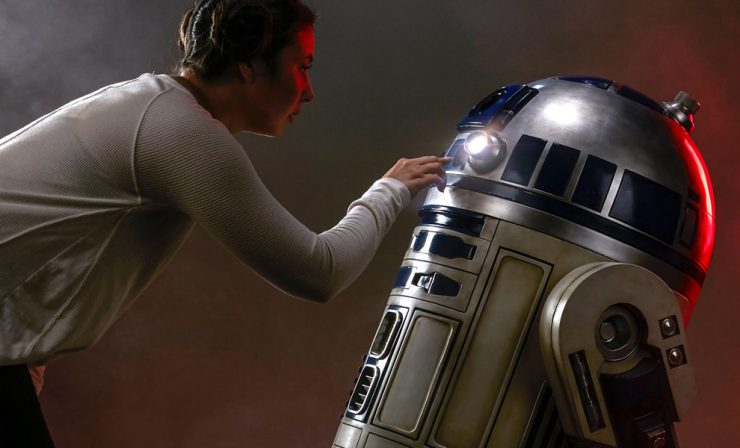 “My dad first introduced me to the movies when I was 5 years old. Princess Leia was my instant favorite. I always had to be her when we played Star Wars at school, and I made my best friend be R2. Carrie Fisher will always be an inspiration to me.” -Kitty 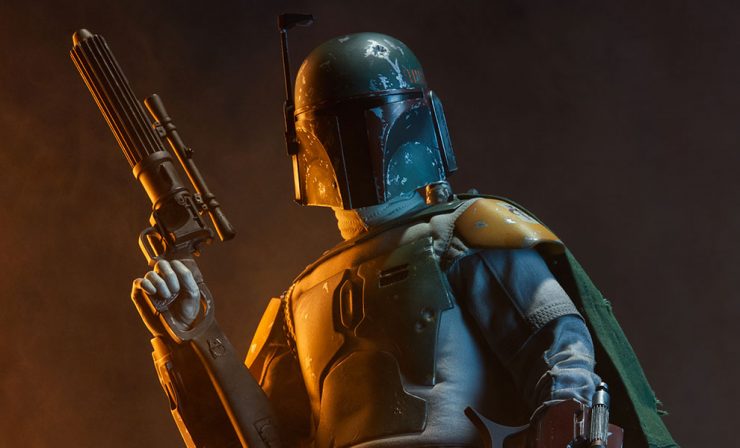 “I went to go see Star Wars at the Grauman’s Chinese Theater in Hollywood. My brother took me and I totally remember walking in, seeing the opening scroll. I didn’t know what all the hubbub was about. It was just like, ‘What is this? This is so cool.’ It just blew my mind, everything that I saw.” -Bernardo 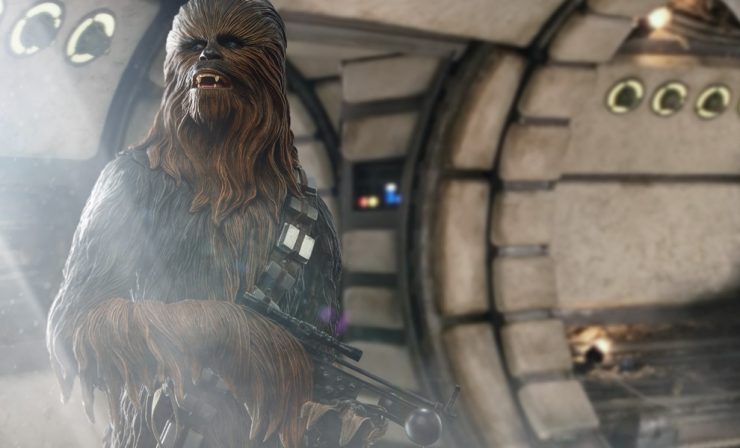 “It was a rainy day, and a buddy and I were gonna go see Bad News Bears. It was sold out, so we had to go see this ‘dumb’ movie called Star Wars, which I had never heard of in my life. Within the first 5 minutes, my jaw was on the floor. But a weird thing was happening- the film broke about ten times, so they had to keep stopping the movie, which gave me time to talk to my friend. We were talking a mile a minute, like, ‘Oh my god, isn’t this the greatest thing you’ve ever seen?’ That summer, I saw it 17 times. It changed my life.” -Will 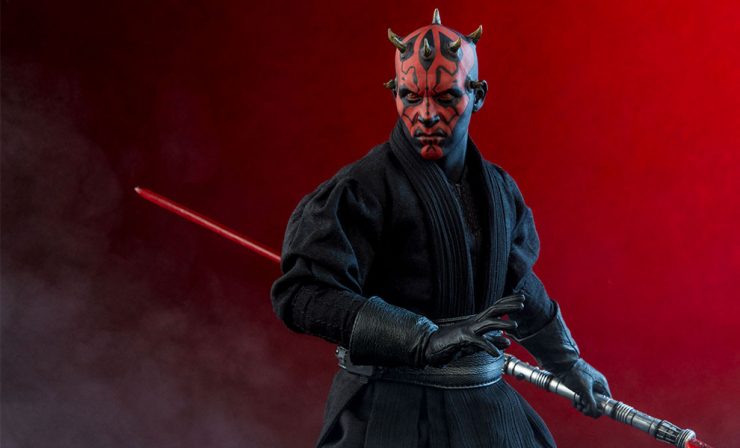 “You’re going to laugh, but I genuinely love the prequels. I don’t really have a first memory, since it’s all one big experience. I think Darth Maul is one of the coolest characters ever, and who doesn’t love The Clone Wars?” -Creed 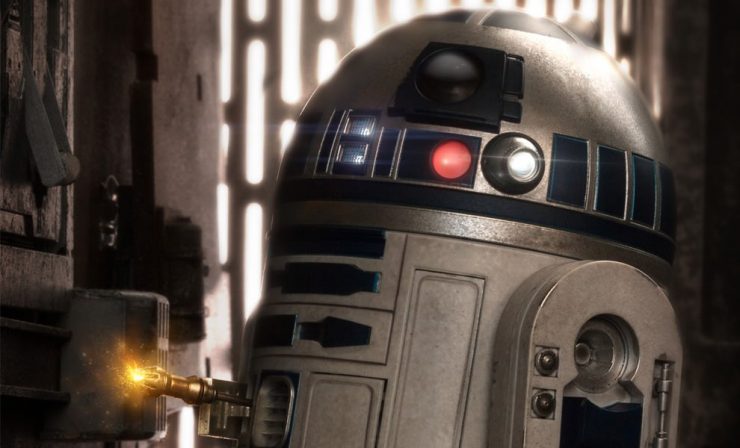 “My first Star Wars memory is going to a movie theater with my Father to see Empire Strikes Back. It was the stereotypical 80’s English Cinema, with plush red curtains, red felt covered seats and a break in the middle of the movie while an usherette came round and sold ice cream and chocolate to the kids – while the parents went for a cigarette!  My Father fell asleep and loudly snored his way through the film, but I was utterly entranced, especially with R2-D2, who I LOVED!  From that moment on, I wanted anything and everything Star Wars. My life changed completely.  Now, far too many years later, I still get Christmas cards from relatives in the UK who call me ‘Droid’ thanks to my utter obsession with a certain Astromech.” -Andy 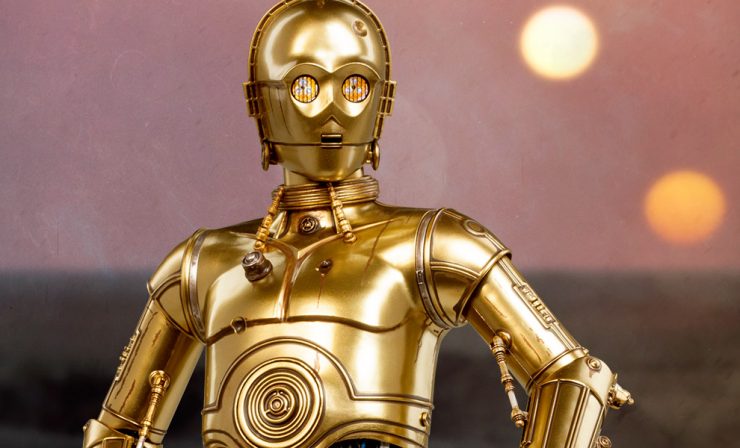 “My earliest Star Wars memories are all about the toys. I was born the year A New Hope came out, so for me it was a much more tactile experience. My older cousins had graduated from toys to guitars and had given me all of their Star Wars figures and vehicles. The wings were missing from the X-Wing, the top was gone from the Falcon, and C-3PO‘s paint had mostly flaked off. None of that mattered, I had a huge collection of crazy toys!” -Dennis 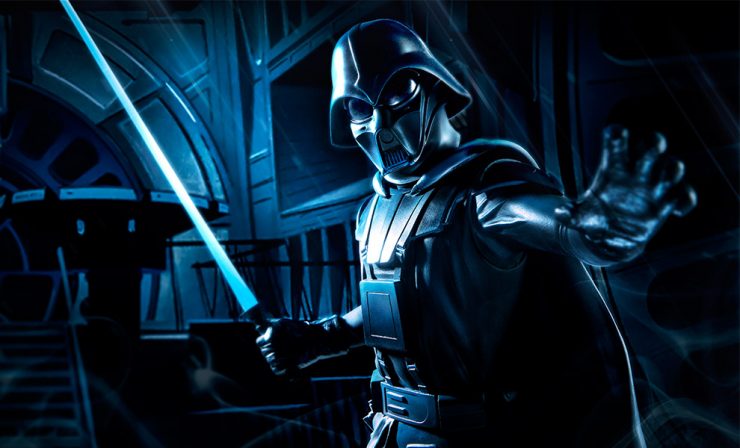 “My first memory was watching Star Wars, so I can’t think of a time without it in my life. For me, it was always about unlikely heroes. It taught me not to underestimate people and how strong an ordinary person can be. Most importantly, it changed my idea of what a princess could be. I’ll never be able to repay Carrie Fisher for that.” -Susan

It’s clear that Star Wars has a dear place in the hearts of all of us here at Sideshow! We are so happy to be celebrating 40 incredible years of Star Wars, while showing off our Geek Pride at the same time. Whether you’ve been a fan since the beginning, or are just starting your padawan journey, may the Force be with you always! 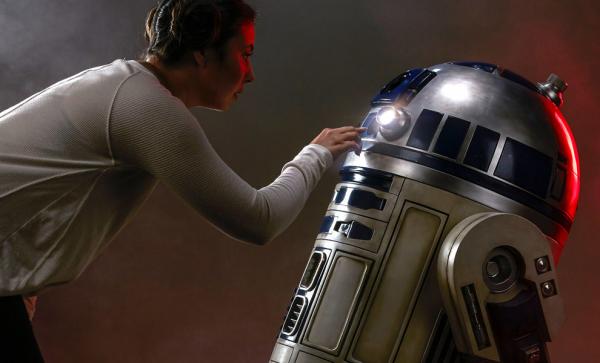