The Force. As Obi-Wan said, it’s an energy field created by all living things. “It surrounds us and penetrates us; it binds the galaxy together.”  So how come only Jedi and Sith can tap into that power and harness it?

Sure, intensive training probably has lot to do with it, but if the Force is truly inside everyone (some more than others), isn’t it possible some people use it accidentally? It’s already been shown that the Force can make you a better fighter, improve your aim, and put you more in tune with your surroundings. Wouldn’t there be the occasional person just a bit more in step with this aspect of the Force, but completely unaware they are using it?

Here are five Star Wars collectibles characters that may be more Force Sensitive than they realize. Possible spoilers abound… 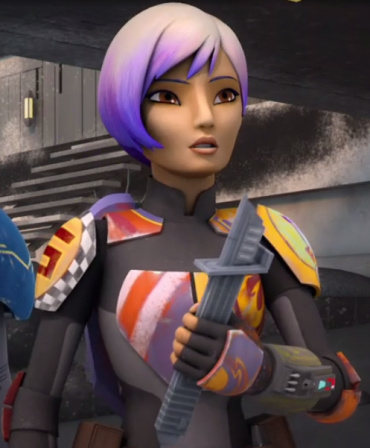 Now you are possibly thinking, “Oh come on, Sabine has never shown one ounce of Force sensitivity throughout three seasons of Star Wars™ Rebels,” and you may be right. She is an expertly trained Mandalorian warrior, proficient in various blasters, explosives, and one hell of a graffiti artist. But is she Force sensitive? Well, the answer may be surprising.

Recently it has come to light that Sabine is a descendant of Tarre Vizsla™, the very first Mandalorian Jedi. Not to mention his uniquely styled lightsaber, the Darksaber, is now in her possession. Since acquiring the blade, she has trained with both Kanan Jarrus and Ezra Bridger to learn how to use it. A very quick learner, she eventually bested Kanan in a one-on-one sparring match. Was this just her Mandalorian instinct and emotions guiding her or something more? 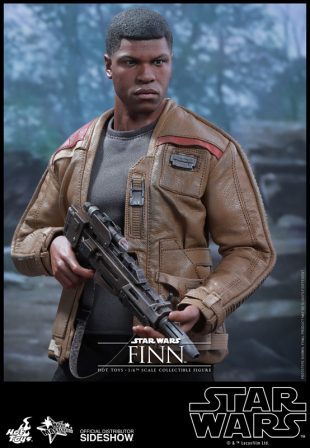 Leading up to The Force Awakens, there was a lot of speculation as to which new character would emerge as the next Jedi in training. Of course we now know it was Rey, but let’s not count out Finn just yet.

The first time we meet Finn, we find out he has been able to break through the mind-altering propaganda and First Order brain-washing he had been subjected to since he was a child. On top of that, he was able to fight halfway decently with a lightsaber, despite not even knowing what it was when Maz Kanata™ handed him the blade. With no saber training, Finn was able to hold his own against Stormtroopers and against the much more experienced Kylo Ren™ before being taken down. But this could all be a coincidence or luck, right? There has never been a character as polarizing as Jar Jar Binks (Well, maybe Ewoks). Love him or hate him, you can’t deny this Gungan had some of the most amazing luck throughout the prequel trilogy. Surviving a large scale battle with hundreds of Battle Droids and somehow convincing people he was qualified to be a galactic senator are just a few of his accomplishments. Not to mention his “fighting skills” are similar to the drunken master style of martial arts, with which he managed to take out numerous droids and tanks, simply by being clumsy. Lucky right? Or was it?
After all, Obi-Wan said there was no such thing as luck. So what was it that kept Jar Jar alive and advanced him to the heights of political power?

Of course, there is always that other more sinister theory of Jar Jar’s intentions, but that is a story for another day.

It has already been firmly established that some of the best Jedi got their start as some of the best pilots in the galaxy. Anakin, Luke, Etc. The Force makes you more aware of your surroundings, which of course can give a pilot that extra edge to outmaneuver and outgun their opponents. This was true before, so why wouldn’t be true in The Force Awakens? Poe Dameron is considered the best pilot flying at the time of the New Republic fighting the First Order, a time where Jedi recruitment and training were still a rarity. Maybe his skill with the Force was never noticed and flying was the only outlet he had to use it. Isn’t his amazing flying and timing just a little too good to not be connected to the force?

We have a couple more movies coming soon where we find out the answer.

Some might say this one is a bit obvious since we know that Princess Leia does end up being a bit Force sensitive in the later films. Once she finds out she is Luke’s sister, it’s like a switch got flipped that helps her tune in a bit more.

But what about before that? In A New Hope™, Darth Vader™ comes face to face with the Princess numerous times. The Force is strong in his family (“My Father has it. I have it. My sister has it.”), yet he can’t tell that his daughter is standing less than two feet in front of him. By contrast, Vader can tell when Luke is close, able to sense if his son was on a nearby space ship. Even before he finds out who Luke is, he can at least sense the Force inside him during the first Death Star™ run. So what makes Leia different?

Maybe in A New Hope, Leia is putting on a façade? She is not only hiding the Death Star plans, but also her mission. Could it be possible she was subliminally and inadvertently using a form of the Jedi Mind Trick to conceal her true identity? Even from another Force user as powerful as Darth Vader?

Or maybe it really is just like a flipped switch. Stranger things have happened…

So what do you think? Are they secret Force users or was it all coincidences and a bit of luck? Was there anyone we missed? Leave your comments below!

Be one with the Force yourself and check out Sideshow’s collection of awesome Star Wars characters! On sale HERE!