It’s October of 1957. The Cold War leaves even the coolest cats in Coolseville with a shiver, but in a small town just outside of Rockwell, Maine, a massive militaristic experiment crash lands and warms the heart of a whole web of characters.

But who are the lovable characters from The Iron Giant? Let’s grab our flight jackets, and find out.

Hogarth Hughes is the main character of the film. He’s a kid with a great sense of humor, and a great sense of morality. He follows in the footsteps of his favorite hero, Superman. Superman always knows what to do. And just like Superman, Hogarth does everything to save the world when a metal-eating robot taller than the power lines crash lands in his neck of the woods.

But Hogarth is an intelligent kid. In fact, he’s so smart that he moved up a grade in school. However, since he’s not around kids his age, he has a harder time making friends. With his Mom working so much and his Dad having passed away in the war, he’s been independent since he was younger.

When he finally meets the Iron Giant, Hogarth makes a friend at last. A good friend. And it’s Hogarth’s generosity, intelligence, and superhero heart that allow him to be the exact kind of teacher that the Iron Giant needed. 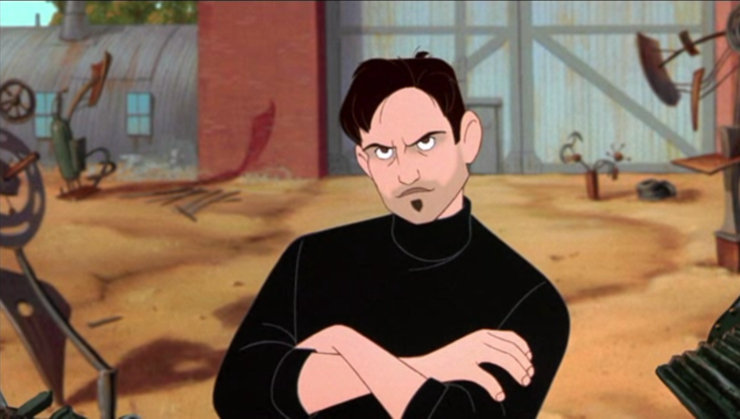 Dean McCoppin might give off the impression that he’s too cool for anyone else’s conversations, or far above helping a little kid hide his new pet squirrel (that his mom doesn’t know about yet) but Dean is actually a really cool guy. When a few naysayers in a diner are laughing at a fisherman with a tall tale about some UFO, Dean backs up the fisherman and says he saw it too! Even though it wasn’t true, he didn’t want the fisherman to feel alone.

Dean might want you to understand him through his interpretive scrap metal art, but the real core of his character is his compassion. He’s there for Hogarth when he needs a friend, and he’s there for the Iron Giant, even if he does eat a lot of his sculptures.

Annie Hughes is Hogarth’s mother. She is an extremely hard-working caretaker. Ever since her husband passed away in the war, she’s had to raise Hogarth and provide for him. She taught Hogarth to be extremely independent, and it helps that he’s so intelligent. But that intelligence does also mean that he’s bullied at school more. When she’s not helping Hogarth, she works early mornings and late nights at the Chat n’ Chew, where she eventually meets Dean. 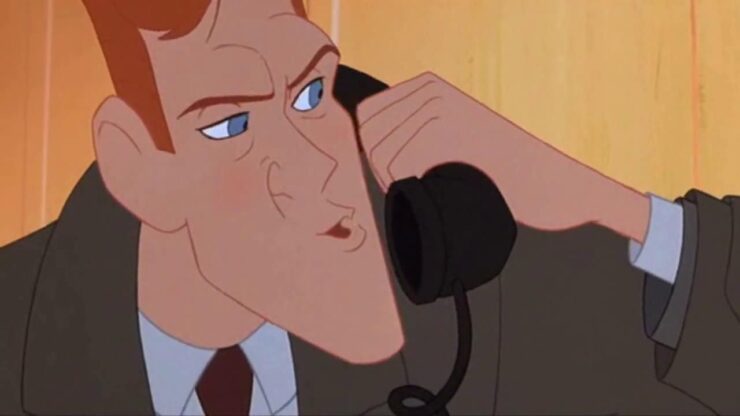 Kent Mansley is a sinister man with wildly ambitious goals. He was a lowly federal agent from Washington, D.C., where he worked for the Unexplained Phenomena Department, pushing papers at a teeny tiny little desk. But he wanted more. He wanted to rise through the ranks and he was certainly willing to do anything it took to get there. As soon as Kent heard about the potential “monster” in Rockwell, he took matters into his own hands.

He’s a paranoid man. He is a fearful man. And yet, somehow, he is a charming man. He is manipulative and conniving enough to get everyone to trust him. Eventually he uses that trust to turn against the entire town of Rockwell. He decides that the Iron Giant needs to be destroyed, no matter who made it, no matters its purpose. So he shoots a nuclear bomb right at the city. Needless to say, he is the villain.

General Rodgard is a grounded and kind military leader. When Kent Mansley claims that there is a monster in Rockwell, Rogard doesn’t belief him. Not for one bit. Kent Mansley abused Rogard’s power and compassion by saying that the Iron Giant had killed young Hogarth. Of course, that was false. The Iron Giant never hurts anyone.

Many months after the story, there is only one piece left of the Iron Giant. A single screw. Rogard goes out of his way to package it and share it with Hogarth, the Iron Giant’s very best friend. He believes that Hogarth should have it, and he trusts Hogarth. It’s hard to earn General Rogard’s trust, especially after Mansley betrayed them all. But Hogarth has it. And Rogard is kind enough to express it. 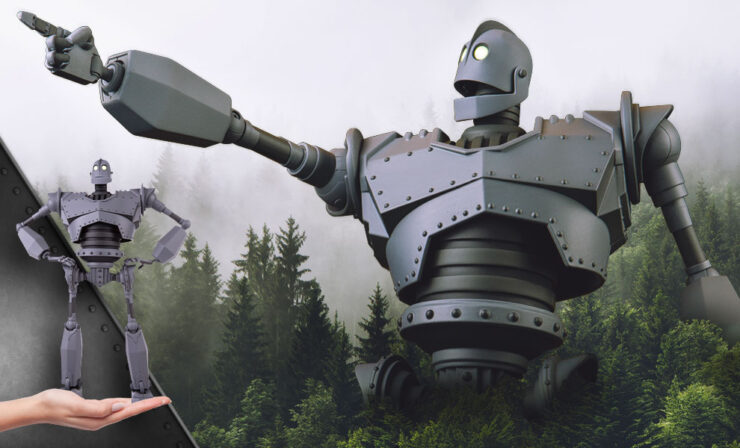 The Iron Giant is the titular character of the film. It’s unclear exactly where he came from, but one thing is certain: He is an extremely advanced piece of technology. Many people in the film are afraid that the Iron Giant could be a project sent by the Russians, officially ending the Cold War. But regardless of where he originally comes from, when he crash lands on Earth, it’s clear that he has completely lost his memory of who or what he was. His initial mission was lost and, instead, Hogarth found him. Hogarth taught him how to be a good person. In fact, Hogarth taught him how to be a hero.

The Iron Giant learned phrases and mannerisms from Hogarth, and used all of his strength and abilities for good. He ended up loving Superman just as much as Hogarth, and even said, “Superman” just before sacrificing himself for the people of Rockwell.

The Iron Giant had advanced technology wired all throughout him. He was indestructible and self repairing. He could eat metal and fly, and we even learned at the end that he had weapons beyond the strength of the U.S. military. But he was kind and caring and did everything he could to make Hogarth proud and keep Hogarth safe, just like Hogarth did for him.

Who is your favorite character in The Iron Giant? Let us know in the comments, and don’t forget to Let Your Geek Sideshow! 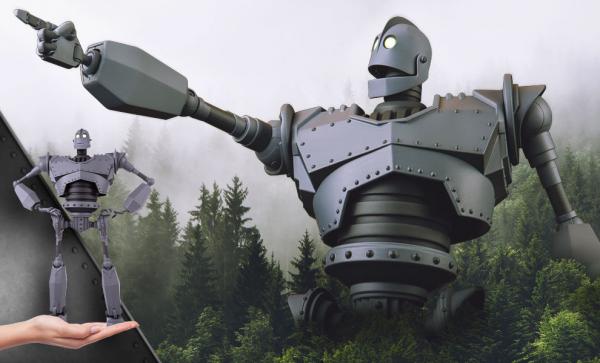 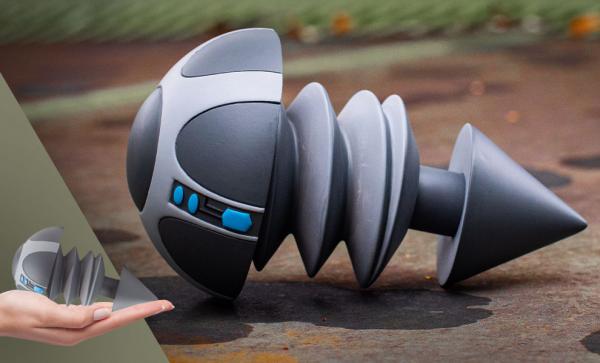