Did you know that a meme is more than just an out of context photo with some hilarious text placed over the top? It’s not just cheeseburger cats and funny viral videos. In fact, the word ‘meme’ is a psychological term, simply referring a system of behavior or cultural phenomenon passed from one individual to another.

Alice in Wonderland has its fair share of entertaining, puzzling, and hilarious dialogue. Some of that dialogue has already entered its way into pop culture and memes here and there.

However, we think that there’s more than you haven’t heard of, so we have compiled together a collection of our favorite “meme-worthy” moments from the wise and wacky mind of Lewis Carroll. 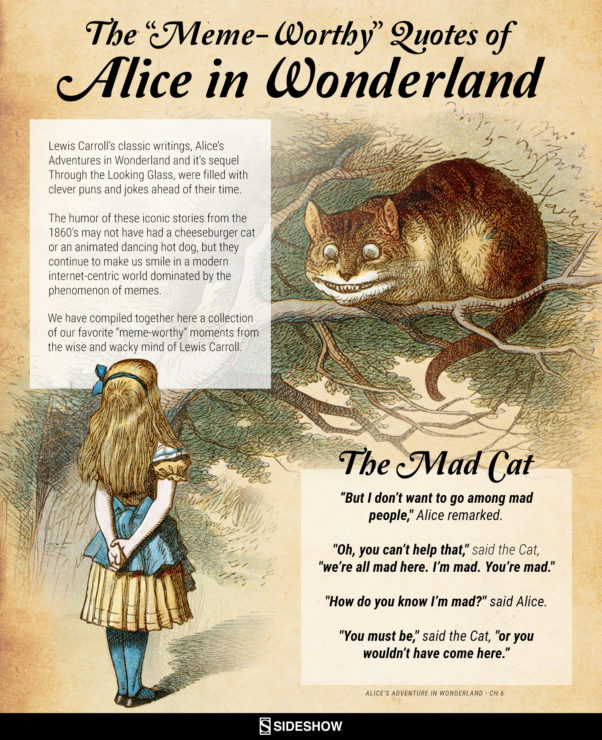 Yes the Cheshire Cat is certainly a bit bonkers. And yet, there’s something so pointed about everything he says to Alice. How often have you heard people repeat, “We’re all mad here.” in conversation? That cultural phenomenon remains the same whether we’re in Wonderland or the real world! 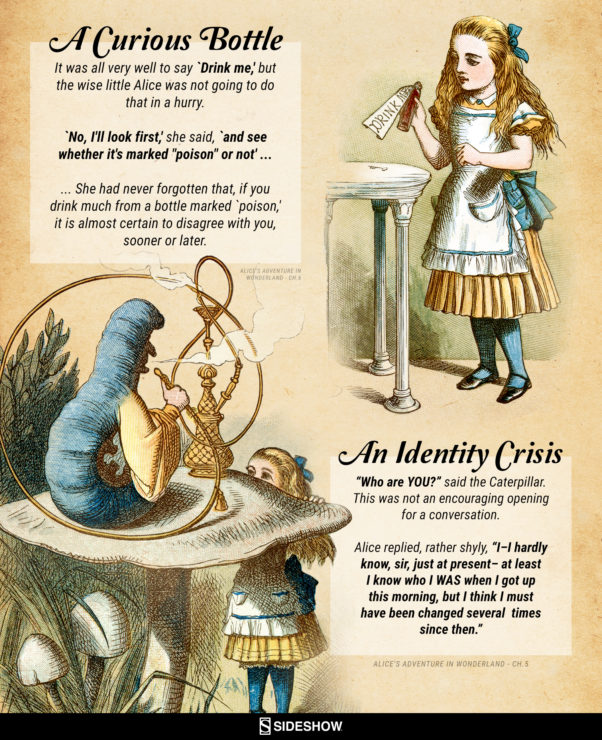 This Was Not An Encouraging Opening For A Conversation should be the title of my autobiography. And yes, it’s always good to check whether the bottle you’re about to drink is labeled ‘poison’ or not.

The March Hare and The Mad Hatter 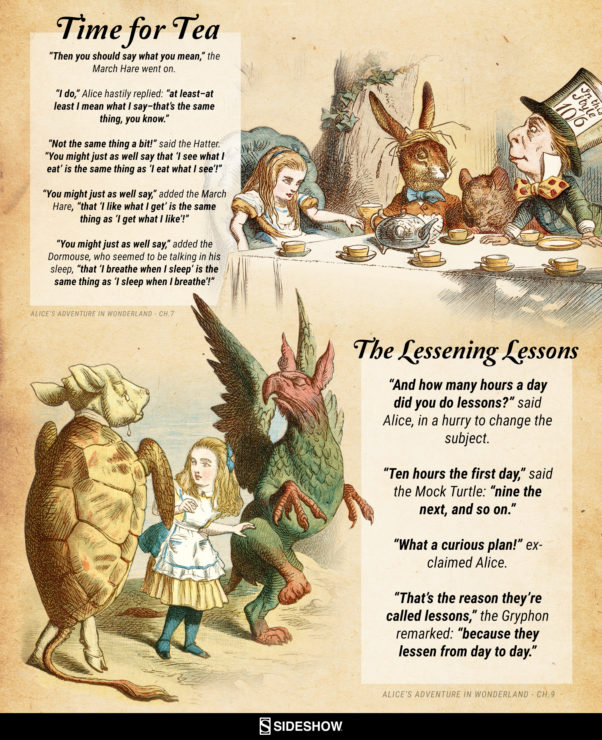 What a curious plan, indeed, Alice. There are lots of curious things in this world, not the least of them the reason they’re called lessons. The puns of the Mock Turtle and Gryphon would give the Philosoraptor something to scratch his head over.

The Queen of Hearts 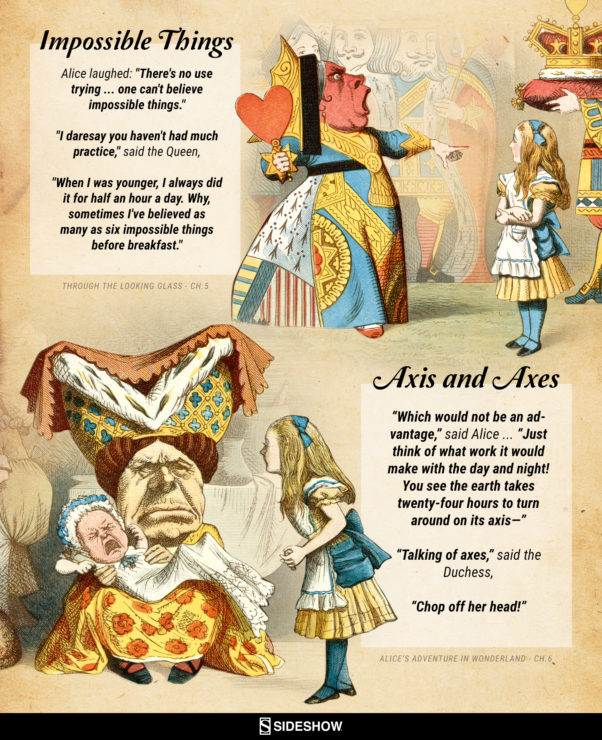 We should all believe in the impossible, preferably before breakfast. I believe that Alice in Wonderland is impossibly wonderful.

What’s your favorite Alice in Wonderland meme? Has it influenced your favorite pop culture worlds? Let us know in the comments, and don’t forget to Let your Geek Sideshow!