With the release of DC’s Batman/Catwoman #1 on December 1st, fans might want to refresh their memories on the character of the Phantasm, a mysterious figure who has become a fan favorite since her early 90s animated debut, slowly appearing in more and more Batman media over the years. 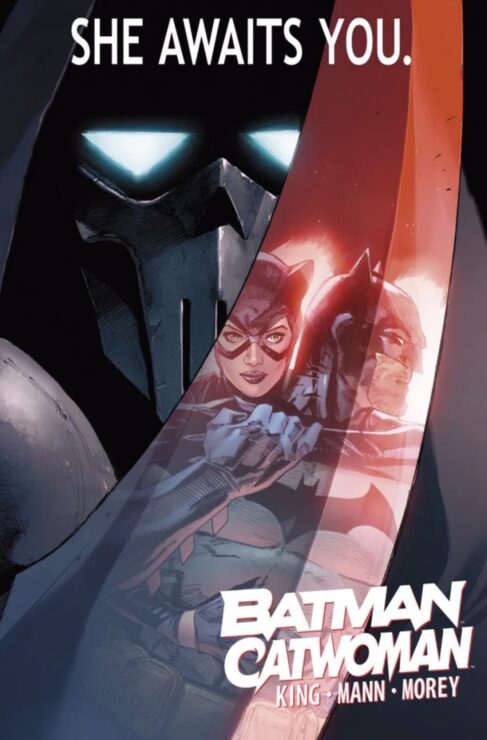 If you have not seen the animated feature Batman: Mask of the Phantasm, which released in 1993, it is highly recommended to watch it for the character’s origin story, since the launch of the Bat/Cat book marks Phantasm’s official entry into the main DC Comics continuity.

WARNING! This post contains a spoiler-filled recap of Batman: Mask of the Phantasm.

A common assumption with the Phantasm is that this character is the same as the Reaper. This is incorrect. The Reaper is a prior Batman villain who first appeared in Detective Comics #575. The Reaper has three different incarnations within the DC Universe: Judson Caspian, Joe Chill Jr. and Dr. Benjamin Gruener. While the Reaper is a Batman adversary, the character never becomes the Phantasm, and while the Phantasm’s costume visually alludes to the design of the Reaper, they are entirely separate entities.

Phantasm Fun Fact: Prior to the release of Mask of the Phantasm, action figures of the Phantasm were released. The unmasked and masked portraits appeared within the same packaging, spoiling the secret identity of the Phantasm- Andrea Beaumont- before the movie released.

Phantasm’s Origins- Who is Andrea Beaumont?

The character of Andrea Beaumont is reminiscent to that of Julie Madison, who is Bruce Wayne’s first significant love interest (Madison first appears in Detective Comics #31. Beaumont originally debuted in the animated film).

Andrea and Bruce first meet while attending Gotham University. Their first interaction is in the graveyard where Andrea’s mother and Bruce’s parents are buried. They build a relationship and eventually fall in love. Bruce proposes to Andrea after deciding to set aside the mantel of Batman to pursue their relationship.

Andrea’s father, Carl Beaumont, worked with the Gotham mafia and ended up embezzling from them, and when the mob learns of the betrayal, Andrea and her father must flee to Europe. Andrea breaks her engagement to Bruce prior to her departure from Gotham. After Andrea ends their relationship, Bruce becomes Batman once more.

Several years pass and Carl Beaumont refuses to make a campaign donation to a former employee, Arthur Reeves. Reeves then sells Beaumont’s whereabouts to the mafia. Even though Beaumont had repaid his debt at this point, the mob sends Jack Napier to kill Beaumont. (Quick note, the name Jack Napier is not explicitly used in Mask of the Phantasm. The man who killed Andrea’s father becomes the Joker, so the implication is that the man is Jack Napier).

Andrea becomes fueled by rage and hatred for those who ruined her life. She returns to Gotham to hunt down those who are responsible in the guise of the Phantasm. She is mistaken for Batman at first, and this causes Batman to be hunted by the police. Bruce (as Batman) and Andrea meet once more in the graveyard where they first met, and Andrea puts together that Bruce is Batman. When Bruce questions Andrea about her father’s connection with the mafia, she refuses to answer. To steer Bruce down a different path, she tells him her father is the Phantasm, which Bruce believes, as at this point he is unaware that Carl was killed.

The Joker becomes the final target on Andrea’s list. Unfortunately for her, the Joker has already figured out who she is and sets a trap for her. Batman shows up in time to save Andrea and tells her to leave Gotham. By the end of the altercation, we are led to believe that both the Joker and the Phantasm have perished in a fire, though the last scene of the movie is Andrea on a cruise ship.

This is not the last appearance of Andrea Beaumont within the Batman universe. She next appears in Batman & Robin Adventures Annual #1 from November 1996. This issue was a direct sequel to Mask of the Phantasm titled Shadow of the Phantasm. She next appears in the 2004 Batman Adventures: Shadows and Masks, where she goes undercover in Black Mask’s organization in an attempt to kill the villain.

Her next appearance is not until 2015 in the comic Batman Beyond 2.0. Once again, Andrea is working with Amanda Waller. Waller sends the Phantasm after Vigilante for his murder of Terry McGinnis’ father. Vigilante ends up perishing from being exposed to Joker toxin, preventing Terry from learning who killed his father and attempting to go after him. Bruce attempts to reignite his relationship with Andrea, but she says they can’t since she (Phantasm) will do things he (Batman) would never do. 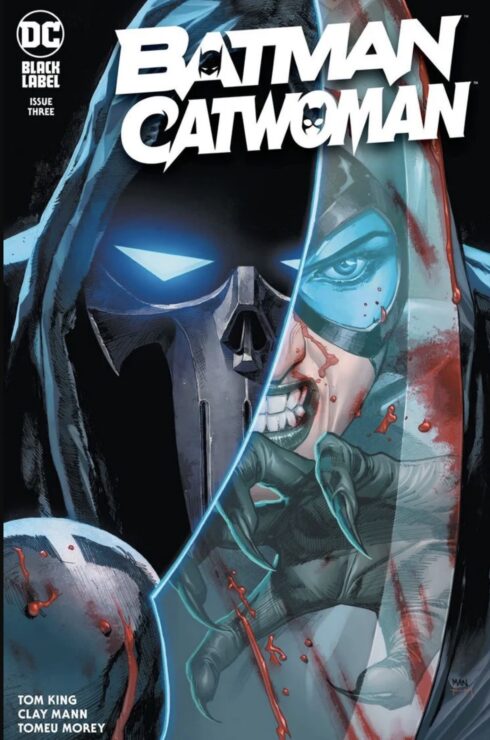 The entrance of the Phantasm in Batman/Catwoman #1 by Tom King, Clay Mann, and Tomeu Morey marks her official entrance into the main DC Universe and her first appearance since Batman Beyond 2.0, as outside of her animated debut, Beamount’s comic book appearances were not part of the main continuity.

Batman/Catwoman comprises of several timelines, and one of them includes Andrea Beaumont coming back into Bruce’s life. Batman/Catwoman is set as a 12-issue maxiseries for the DC Black Label imprint, a darker and more mature line of books. It is currently unclear in how many of the issues Phantasm will appear, but it is clear that she will have a main role in the series as a threat to the union between Bruce and Selina.

This introduction will hopefully create more appearances of the Phantasm in comics. It would be fascinating if they did a series that chronicles her time between leaving Gotham after Mask of the Phantasm and her return in Batman/Catwoman, as Andrea’s hidden life is prime for new, creative storytelling. The gap between her time leaving Gotham, when she ended her engagement to Bruce, and her return after the death of her father would add to her backstory as well and firmly establish her origin within the prime DC Universe.

You can pick up Batman/Catwoman #1 today from your local comic store. Are you a fan of the Phantasm? Looking forward to her appearance in the main DCU? Where else would you like to see her appear? Let Your Geek Sideshow and tell us in the comments!