The franchise shows no signs of slowing down either. There are even whispers of another Power Rangers movie reboot, written by Jonathan Entwistle and distributed by Paramount Pictures. However, many view the 1995 film, Mighty Morphin Power Rangers: The Movie, as the most iconic cinematic representation of the Power Rangers. The movie served looks, had a dynamic soundtrack, and, most importantly, gave us some excellent one-liners and inspirational quotes. 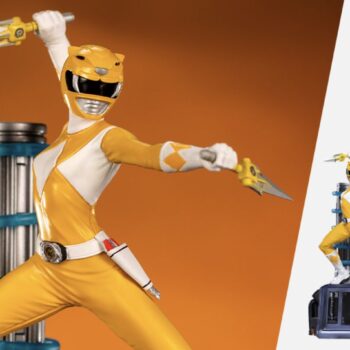 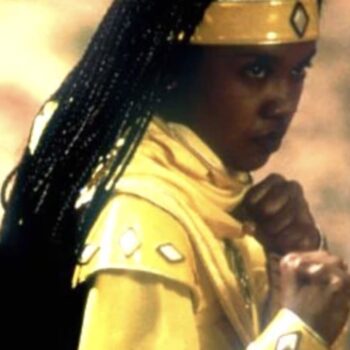 There’s no denying that Aisha is easily the most competent Ranger because this Yellow Ranger gets the entire team out of a dire situation on more than one occasion. First, when the team arrives on Phaedos and Dulcea refuses to help, Aisha mentions Zordon. This finally convinces Dulcea that the Rangers have good intentions.

Next, when Kimberly’s Ninja CraneZord is captured, Aisha thinks on her feet and directs Kim to use her thrusters, saving her teammate from Ivan’s electromagnetic trap. During the final battle, Aisha says the line above just when it seems Ivan Ooze is about to overpower the Ninja MegaZord. Realizing there’s only one way out, Aisha slams down an emergency button and delivers a knee-jerk reaction to give Ivan the boot.

“We have to try, Alpha.” — Rocky DeSantos 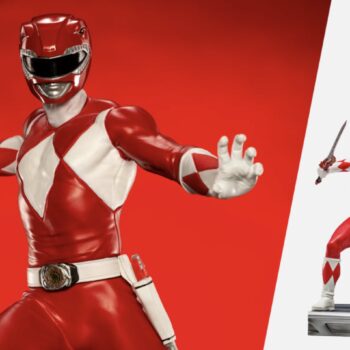 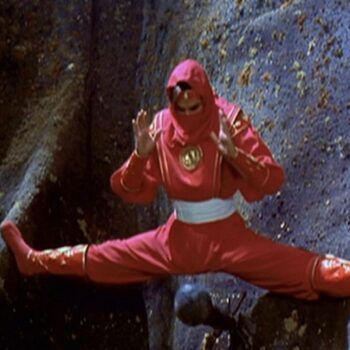 Before Tommy, the Red Ranger was the original leader of the Power Rangers and Rocky still serves as a guiding force in the team’s success. Here, Rocky embodies the resilient spirit of a Power Ranger that we all love and admire.

As Zordon lies dying outside of his time warp chamber, and all hope seems lost, Rocky pushes his teammates to keep going and search for the great power. He knows a Ranger never stops trying.

“We may not have our powers, but we’re still the Power Rangers.”  – Tommy Oliver 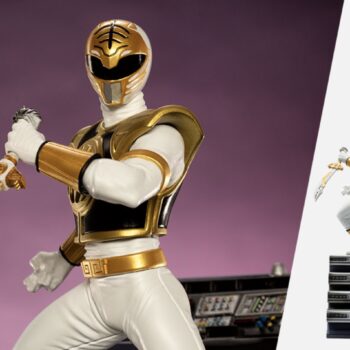 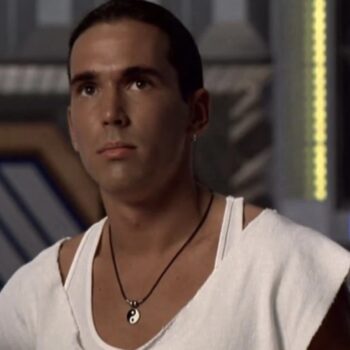 Tommy is the original bad boy Power Ranger. First, he was Rita Repulsa’s henchman as the Green Ranger but by the time of the movie, Tommy is the team’s de facto leader as the White Ranger. He always offers plenty of encouragement to his fellow Rangers, pushing them to be the best versions of themselves.

When the team is about to embark on their most dangerous mission yet, Tommy the White Ranger reminds his friends that they are Power Rangers because of who they are, not what they wear or what they carry.

“You ooze, you lose.” – Billy Cranston 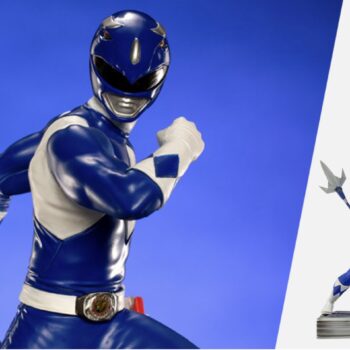 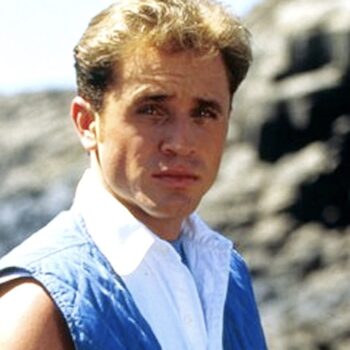 Billy is the brains of the operation, and normally the brilliant Blue Ranger is seen figuring out a villain’s motives or how alien technology can assist the team in fighting evil.

In the heat of many of the fight scenes, Billy comes to the rescue of his teammates using his expert strategy skills. But Billy also has a razor-sharp wit and he delivers this memorable line to his teammates as they are battling Ivan’s Oozemen. 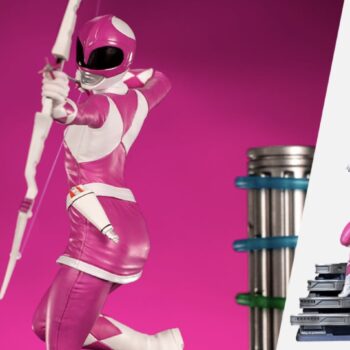 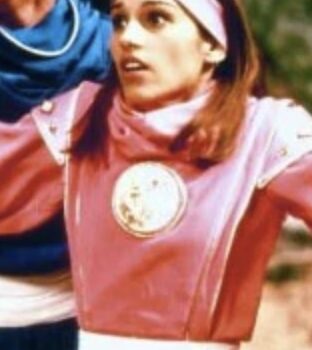 Kimberly is definitely the heart of the Power Rangers, and as the Pink Ranger she is also a formidable adversary to the forces of evil. She reminds her friends why they are committed to saving Angel Grove (and the entire universe) when the going gets rough.

During battle, she also has an arsenal of quippy one-liners to boost the team’s morale as they face their enemies. With the above line, she delivers a swift kick to the chest with every “sick!” that sends the Oozemen packing. 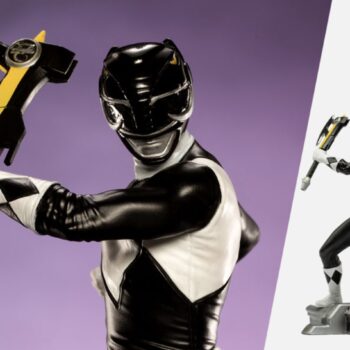 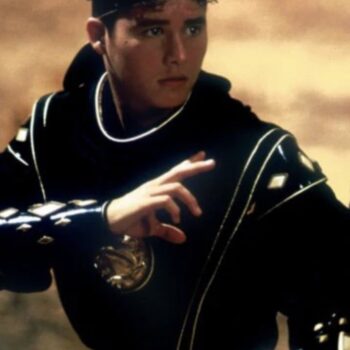 Every kid who watches Power Rangers imagines what Zord they would control as they kick butt. Adam, as he receives his inner sacred animal from Dulcea, is a little underwhelmed when he realizes he’s a frog.

The Black Ranger is quietly one of the funniest members of the team; Adam delivers some of the best lines in the movie, such as his disappointment in being chosen by the frog. But, as Dulcea reminds him, all princes start out as frogs and before long Adam is leaping into battle with renewed spirit.

Honorable Mention: “What is that odious stench? Smells like … teenagers.” – Ivan Ooze 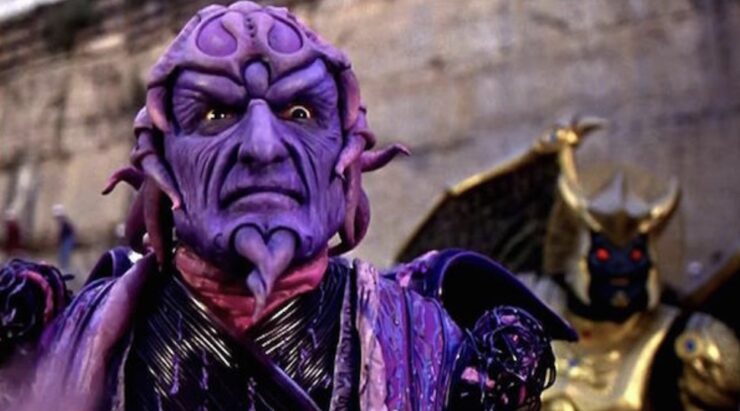 It’s probably safe to say that this movie is where many of us learned the word “morphological.” And while he’s definitely not a Power Ranger, Ivan Ooze gets an honorable mention. This violet villain knows how to pack a punch, as he nearly brought an end to the Power Rangers.

In addition, every piece of dialogue he delivers is dripping with delightful sarcasm. One of his standout zingers is the line above, which not only pokes fun at the Rangers but is also a timely ’90s reference to Nirvana, reminding us that grunge (or ooze) never goes out of style.

Whether you tuned in to Mighty Morphin Power Rangers for the MegaZord battles or the dazzling fight choreography, there’s still plenty of fun to be had watching the movie all these years later. Plus, to morph your viewing party from zero to Zeo, these Power Rangers tiki mugs are the perfect vessels for your movie night beverages. The Power Rangers have always been about finding the power within yourself, so break out that VHS and get ready to morph.

What’s your go-to Power Rangers quote? Do you have a favorite Ranger? Keep the conversation going over at side.show/geekgroup, and don’t forget to Let Your Geek Sideshow!

What We'd Like to See in Marvel's She-Hulk: Attorney at Law