Obi-Wan Kenobi™ is a fan-favorite Star Wars™ character. He is wise, intelligent, and charismatic. Throughout his journey from Padawan™ to Jedi Knight™ and Master to exile and Force ghost, he has impacted many events and characters throughout a galaxy far, far away with his actions and advice.

Although Obi-Wan is skilled with a lightsaber, he is perhaps more skilled with his words. Below, let’s look at Obi-Wan Kenobi’s best quotes from throughout the Star Wars movies and television series.

“You were right about one thing, master. The negotiations were short.”

The Phantom Menace offers a fun look at a younger Obi-Wan Kenobi. As the Padawan of Jedi Knight Qui-Gon Jinn™, Obi-Wan is sassy and sarcastic. He’s rightfully confident in his skillset and abilities, although he possesses a bit of an ego about it and isn’t afraid to make quips during tense situations — a trait he doesn’t exactly grow out of.

In this particular instance, Obi-Wan is poking fun at their brief time as diplomatic envoys, since now they’re being pursued by droids. This comment earns Obi-Wan a very funny eye roll from his Master.

“Why do I get the feeling you’re going to be the death of me?”

This line in Attack of the Clones is supposed to be a joke, but it’s a nice bit of dramatic irony for Star Wars fans who know Anakin Skywalker™ will actually be the man to kill Obi-Wan Kenobi. It’s bittersweet, too; Obi-Wan says it with fond exasperation and Anakin responds almost sadly, asking his Master not to say such things when they care about each other so much.

In Star Wars: The Clone Wars, Obi-Wan Kenobi is a responsible and efficient general. He is in command of many clone troopers™ and Jedi, including Anakin and Anakin’s own Padawan Ahsoka Tano™. Both Anakin and Ahsoka are reckless. They are impulsive and driven by emotion, which Obi-Wan tries to balance with poise and rationale.

During this episode, Anakin wants to abandon his own mission to save Padmé Amidala™ from grave danger. He has only half a plan and anger on his side. Obi-Wan reminds him to stop, think, and consider the situation more fully before leaping in unprepared. 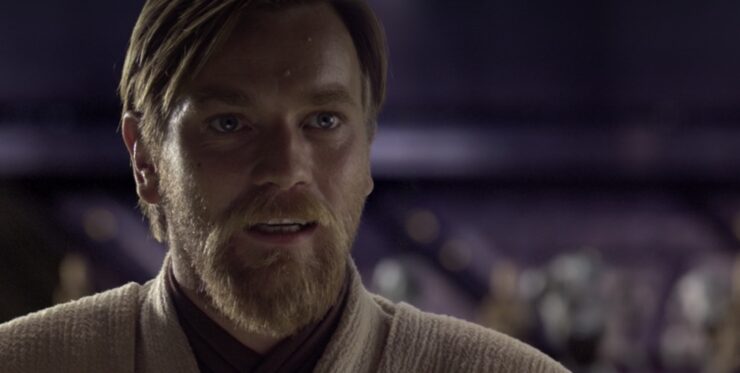 One of Obi-Wan’s most iconic quotes, “Hello there” is used across the Star Wars fandom as a greeting. In this Revenge of the Sith scene, our highly skilled hero drops down in the middle of countless adversaries, including infamous Jedi killer General Grievous™. He brightly announces his presence because he knows he’s completely capable of winning this fight. It’s a quintessential Obi-Wan Kenobi moment forever immortalized in Star Wars history.

“I have the high ground.”

This frequently memed quote is both literal and metaphorical, a witty and wry comment Obi-Wan just can’t help making once he’s beaten Anakin. Here Obi-Wan has the more advantageous spot on their arena. He also has the moral high ground, still allied with the light side of the Force rather than the anger and pain that Anakin has succumbed to.

“You were my brother, Anakin! I loved you!”

In the heartbreaking conclusion to Obi-Wan and Anakin’s greatest lightsaber duel, Obi-Wan confesses feelings and attachments no Jedi should have. Yet we know how inseparable this duo are, and have rooted for their survival throughout the prequel trilogy even though we knew their ending would be tragic. This quote reflects Obi-Wan’s overwhelming wound, giving us clear insight into the magnitude of emotional defeat that causes him to choose life as an exile.

“If you define yourself by your power to take life, the desire to dominate, to possess? Then you have nothing.” 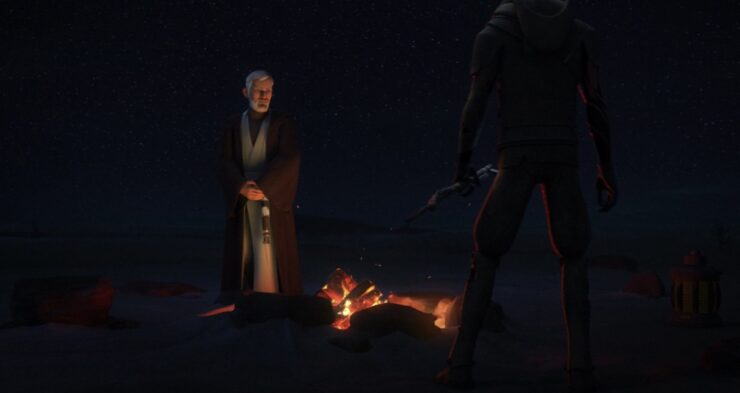 In Star Wars: Rebels, Darth Maul™ tricks young Jedi Ezra Bridger™ into leading him to the planet Tatooine™. There, two old adversaries meet once more. Obsessed with Obi-Wan, Maul taunts and criticizes him, relishing his victory in having found the hidden hermit.

Obi-Wan never intended to fight Maul again. Although they eventually duel, Obi-Wan has words for the former Sith™ that cut much deeper than a blade. He essentially calls Maul’s life wasted, and points out that his endeavors and revenge quest are pointless. It is a heavy moment punctuated by years of history between these rivals.

“If you strike me down, I shall become more powerful than you can possibly imagine.” 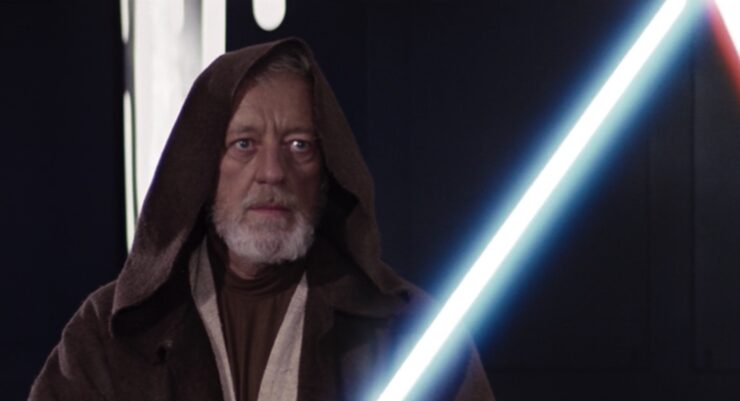 When we first meet Obi-Wan Kenobi in A New Hope, he is the exile Ben Kenobi™. He has lived alone in the desert for many years to keep watch over Padmé and Anakin’s son, Luke Skywalker™. Because of his weathered appearance, the Sith Lord Darth Vader™ underestimates Ben during their duel.

Ben, seeing that Darth Vader cares only about strength and power, gives a calm warning. His death will make him stronger than Darth Vader can understand. Vader kills him anyway, but Ben instantly becomes one with the Force. He transcends into a being more knowledgeable and connected with a universal power than a Sith could ever achieve while alive.

Ben Kenobi is here to help our heroes even beyond the grave. When Luke Skywalker and the other Rebellion pilots struggle to destroy the Death Star™, Ben speaks to Luke. He tells him to trust himself and his instincts. Ben’s intervention is ultimately what leads the Rebels to victory.

“What I told you was true … from a certain point of view.” 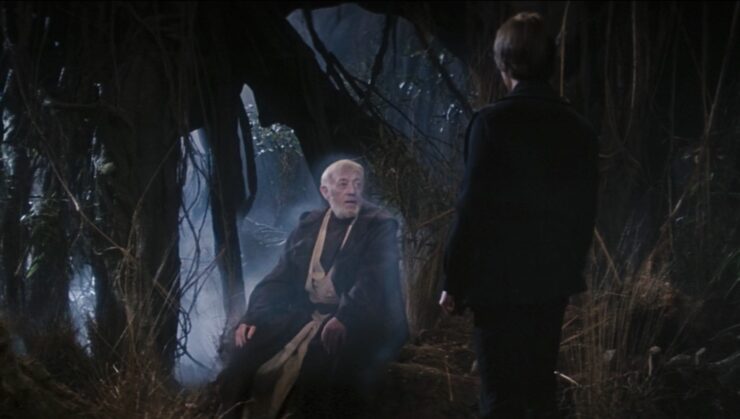 In Return of the Jedi, we see the full Force ghost form of Ben Kenobi on Dagobah™. On the swamp planet, Luke is able to convene with Ben and Yoda™, two beings he thought he could trust completely. Yet when Luke returns, he feels hurt and betrayed by the man who kept his twin sister, Leia Organa™, a secret. He also resents Ben for sending him after his own father instead of telling the truth that Anakin is Vader.

Ben’s response contains some of the sass of his youth. It’s his truth, he explains. A truth informed by a person’s own perception and context is still a truth of sorts. The quote is important for Luke to consider as well as for Star Wars fans to consider in their own life — though the whole truth is still the best course of action, as the events of Star Wars Episode V: The Empire Strikes Back™ remind us.

What’s your favorite Obi-Wan Kenobi quote? Keep the conversation going over at side.show/geekgroup, and don’t forget to Let Your Geek Sideshow!