Rick and Morty is not afraid to make a statement, albeit through a strange lens. The animated series features commentary on camaraderie and isolation through a distant planet porta-potty, commentary on economic systems through salesmen with a striking resemblance to Lucifer, and even meta-commentary on the series itself through heavy-handed train-centric plot lines.

Most of these statements are made across the winding, twisting length of an entire episode, but once in a blue moon, Rick condenses a life lesson into a poignant one-liner. That’s what makes the show so quotable! Here are some of the best quotes from Ricky and Morty (so far). 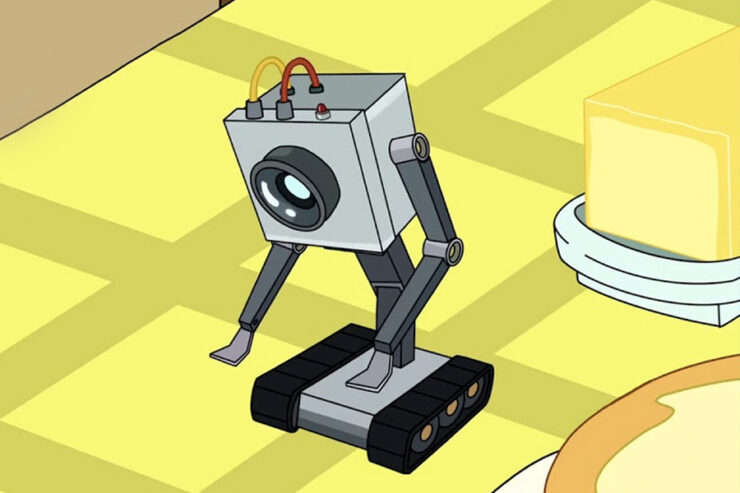 Robot: What is my purpose?

In Season 1’s Episode 9, Something Ricked This Way Comes, we meet one of Rick’s many unfortunate creations- the Butter Robot. Nearly all of his robotic creations are intelligent enough to be considered fully fledged AI.

And yet, Rick thoughtlessly creates robots for any and every menial function he desires, including passing the butter. Perhaps there’s something philosophical at play here. Perhaps Rick just wants others to suffer like him.

“I’m a scientist; because I invent, transform, create, and destroy for a living, and when I don’t like something about the world, I change it.”

Rick focuses only on facts. There’s no room for sentiment or consideration, only the constant laws of the universe. And even though he’s more than willing to change the laws of universe, he’s much less willing to change himself.

No therapist could change him, especially when he feels that, “explaining which words mean which feelings has never helped anyone do anything.” His results with science speak for themselves, but his results with his fractured family do too.

Rick’s catchphrase reveals more than meets the eye. This silly string of words actually means something. In Birdperson’s language, the phrase means, “I am in great pain, please help me.”

It’s hard to imagine Rick being vulnerable with his feelings to any degree, but burying his true thoughts in an alien language so that no one can understand him or his anguish? That sounds par for the course.

“The universe is basically an animal. It grazes on the ordinary. It creates infinite idiots just to eat them.”

In Season 3’s Episode 9, The ABC’s of Beth, Rick reveals a massive secret from his daughter’s childhood. He explains that he personally created her imaginary playground, Froopyland.

It’s incredible enough that he was able to create an entire world for Beth to play in, but it goes further than that. He even created creatures and imaginary friends for her. He created animals! Perhaps that’s what makes this quote so fitting, as Rick Sanchez generates new life just to service his daughter’s imagination.

“To live is to risk it all; otherwise you’re just an inert chunk of randomly assembled molecules drifting wherever the universe blows you…”

While the episode is quite silly and over the top, Rick always takes the time to share his galactic concepts of life itself. Morty continually (and reasonably) fails to connect with Rick’s world view, but it seems that Summer understands.

“I turned myself into a pickle, Morty! I’m Pickle Ri-i-i-ick!” 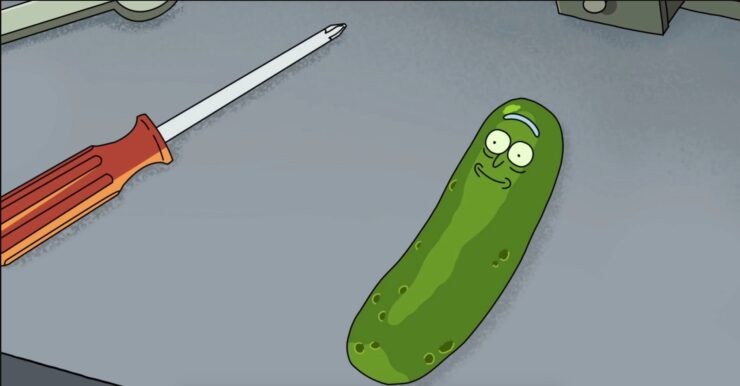 He is able to turn himself into a talking, breathing, living pickle. He’s overwhelmed with joy and pride in his own ingenious designs. It does leave him incapable of movement though. When the episode begins, Rick is, admittedly, in a bit of a pickle. His resultant adventures remain one of the most popular episodes of the series to date.

“Lemme check my list of powers and weaknesses: ability to do anything, but only whenever I want.”

In Season 3’s Episode 4, Vindicators 3: The Return of the Worldender, Morty gets an opportunity to meet some of his favorite superheroes, the Vindicators!

Vance Maximus is Star Soldier, a sassy tech-enhanced hero. Alan Rails is a hero able to summon ghost trains. Supernova has cosmic energies that can give and take away life and create energy blasts as strong as stars. Million Ants is a hive-mind of red ants that shapeshift in any number of ways. Crocubot is part crocodile and part robot.

And then there’s Rick. At least he’s consistent!

Season 2’s Episode 1, A Rickle in Time, shows the timeline fracturing after Rick froze time at the ending of Season 1. He tries to mend the timelines with a Time Crystal, but Morty and Summer are too uncertain of themselves to realign with their alternate selves.

Suddenly, self-doubt spreads and even Rick starts to think that his other selves in other timelines might be out to get him. Morty knocks out Rick and puts him in a dog crate before the whole universe faces even further consequences from his actions. Here, he confesses the terms of a strange wager we quite frankly want to know more about.

“Don’t get drawn into the culture, Morty. Stealing stuff is about the stuff, not the stealing.”

Season 4’s Episode 3, One Crew Over the Crewcoos Morty, the duo find themselves at HeistCon, a massive convention specifically for professional intergalactic thieves.

It turns out that Morty is hoping to write an incredible heist film for Netflix. Rick has other plans for their adventures though. He goes out of his way to make Morty disillusioned with the absurdity of heist stories by enacting the greatest and most convoluted heist of all.

“Nobody exists on purpose. Nobody belongs anywhere. We’re all going to die. Come watch TV.” 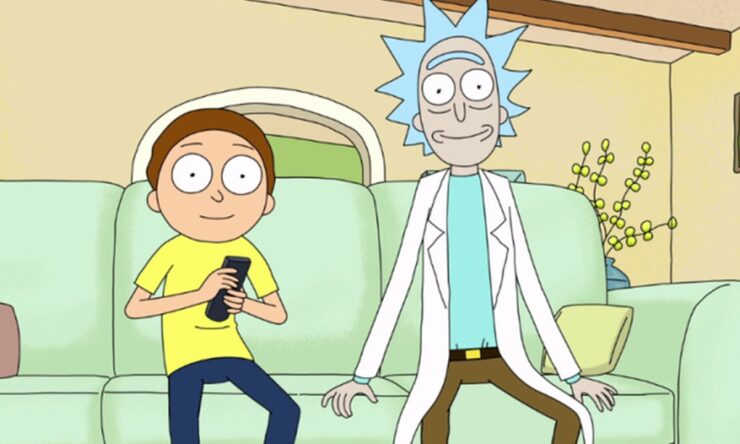 In Season 1’s Episode 8, Rixty Minutes, we get our first taste of interdimensional cable, revealing all sorts of impossible television shows that humans on Earth could never dream of. Beth and Jerry are entertained while the kids get to see alternate realities through VR Goggles.

This is the only quote on this list from Morty, but it might actually be the very best quote from the show. It exemplifies the absurdist philosophy of the series, and naturally invites people to enjoy whatever they can in a confusing and strange reality.

What’s your favorite Rick and Morty quote? Let us know in the comments, and don’t forget to Let Your Geek Sideshow!

Up Next on Unsealed and Revealed: Spider-Man Quarter Scale by Hot Toys