It’s clear that after just one week in theaters, Logan has taken Marvel moviegoers by storm.  No, not Storm the mutant- in the final days of Wolverine, most of the X-Men that audiences have known and loved are long gone.

Still, the movie manages to pack plenty of powerful punches and heartfelt scenes that make Logan a contender for one of the best X-Men movies of all.  It is certainly a fitting sendoff for Hugh Jackman that will keep audiences talking well after the credits have finished rolling.  Here are some of the most memorable movie moments from Logan.

SPOILER WARNING. This article contains significant SPOILERS. Please do not read if you have not seen LOGAN yet! You’ve been warned! 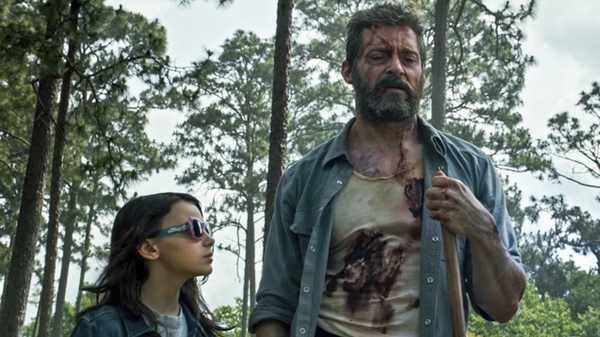 Ryan Reynolds, the hero that he is, recently tweeted out a video teaser of Deadpool 2 that sees the Merc with a Mouth overcoming one of the greatest superhero challenges of all- a quick costume change.

While this teaser swept the internet just days after the film’s release, Logan audiences got a first look at this hilarious hint at what’s to come for everyone’s favorite regenerating degenerate.  It aired right before the movie began, and even featured several glimpses of the movie’s poster in the alleyway.  Viewers also got a brief summary of The Old Man and the Sea, if they could read it fast enough! 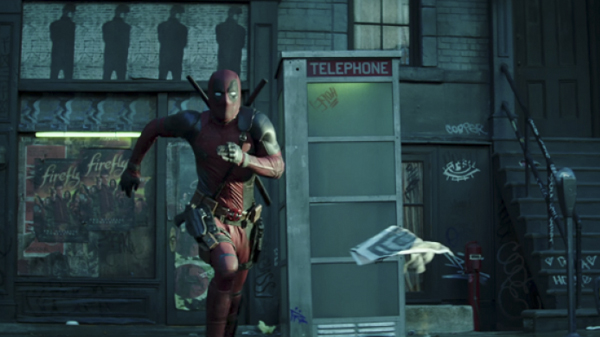 While it should be no surprise to fans who know X-23 from the comics, it was still pretty exciting to see the appearance of Laura’s third Adamantium claw, located on her foot, as she and Logan fought off the Reavers in the first major action sequence.

Cloned from Logan’s DNA, Laura shares his regenerative powers and was implanted with an Adamantium skeleton like her father’s.  She has two of his knuckle spikes on her hands, and the third, on her foot, gets revealed as an unfortunate Reaver tries to drag her through the dirt while she resists. 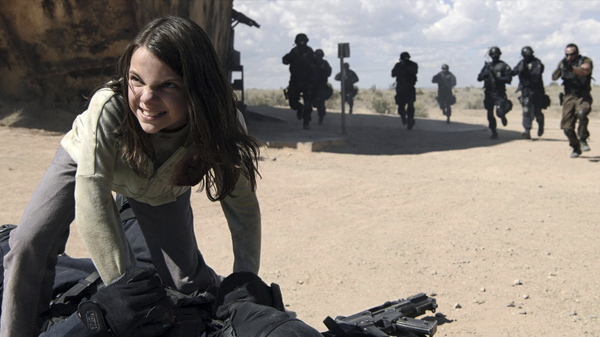 In this first major fight sequence, Logan attempts to run away from the Reavers, led by Donald Pierce, in an elaborate and well-filmed sequence reminiscent of Mad Max.  Outside a dusty, abandoned smelting plant, Logan and Charles try to escape to safety, though Charles implores Logan to not leave Laura to the Reavers.

Capable of defending herself, Laura manages to take out several enemies, even decapitating one, before a car chase ensues.  In one of the best moments of this scene, Logan uses a snagged chainlink fence to snare several Reavers and drag them across the ground while Laura manages to climb through the car’s sunroof to safety. 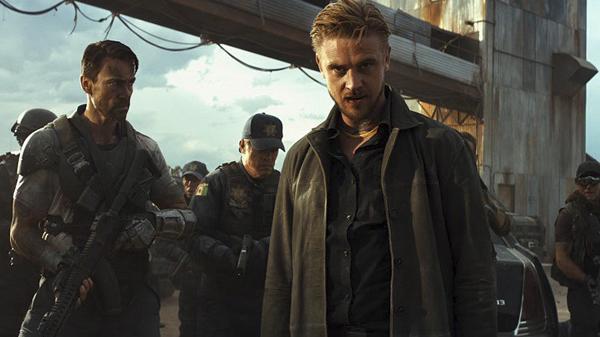 It was exciting to see a meta-mutant moment when Logan discovers that Laura has built all her hope for rescue on the legacy of some X-Men comics.  To see a superhero interact with his own media was pretty exciting, even of Logan wasn’t so thrilled by the idea of the comics depicting fake adventures of the X-Men.

The comics shown in the film were created specifically for the movie, and really add to themes of mythology and legacy in the plot.  Clearly, they are important for Laura, and they do end up taking the team to a safe haven, even if it wasn’t in the way the comic promised. 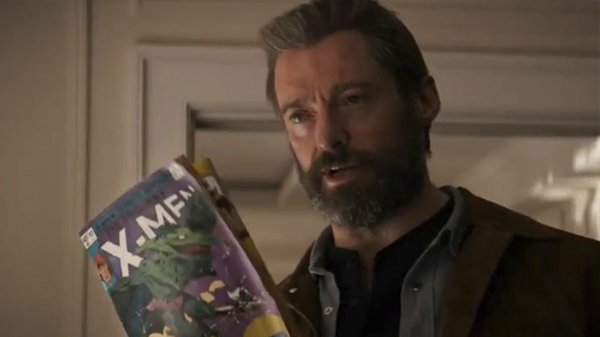 Charles Saves Horses on the Highway

Throughout the film, we are reminded of the dangers of the elderly Xavier’s mental powers- after all, a mind is a terrible thing to waste and with a degenerative brain disease, his mind causes a lot more harm than help in his old age.

In a rare moment of calm during the film, viewers are treated to a heartwarming moment of goodness, Charles is able to use his mental abilities to calm several startled horses that have gotten free on a highway.  This leads the weary team of mutants to being invited over for dinner by the Munsons, a local family who show genuine kindness to the ‘family’ Logan, Laura, and Charles are pretending to be. 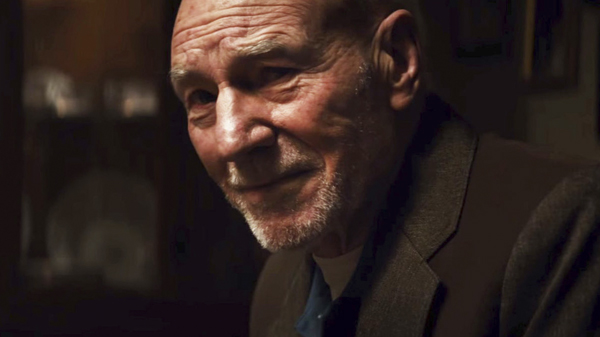 Prior to the car chase, the Reavers capture Caliban, an albino mutant with the ability to track other mutants.  Caliban, played by Steven Merchant, had been responsible for taking care of Charles in his infirmed state, although the sunny Mexican desert disagreed with his constitution.  Donald Pierce exposes the pale mutant to sunlight, taunting him with the warning, “Beware the light,” as Caliban burns.

During the showdown at the Munson’s family farm, Caliban gets his heroic revenge on the Reavers, taking hold of two grenades inside of a truck.  They had forced him to track the runaway Logan and crew, but in his final act of defiance, Caliban warns his captors to, “Beware the light,” as he pulls the pins on the grenades to sacrifice himself and aid his true allies. 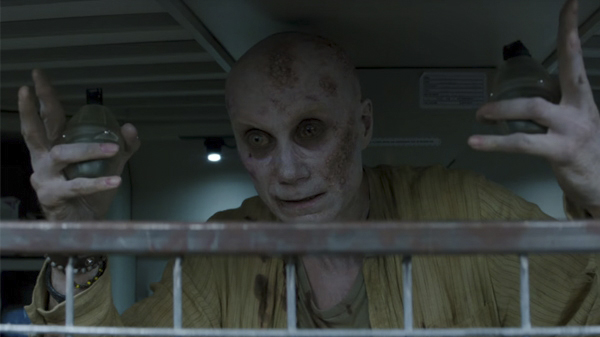 In one of the most genuinely shocking moments of the film, Charles Xavier confesses deep guilt for all the harm he has caused to people with his seizures, thinking he is talking to Logan.  The figure then approaches Charles and plunges his Adamantium claws deep into the man’s chest, gravely wounding him.  This Logan look-alike is quickly revealed to be X-24, another clone of Logan with more rage and less regenerative power.

X-24 then proceeds to cut a devastating path through the Munson household, killing husband, wife, and child as well as capturing a distressed Laura.  When Logan arrives to see the carnage, an all-out battle ensues, proving to be one of the most emotionally charged fights of the film.  The struggle ends with X-24 impaled on a combine harvester while Logan and Laura rush off to find safety and give Charles a proper burial. 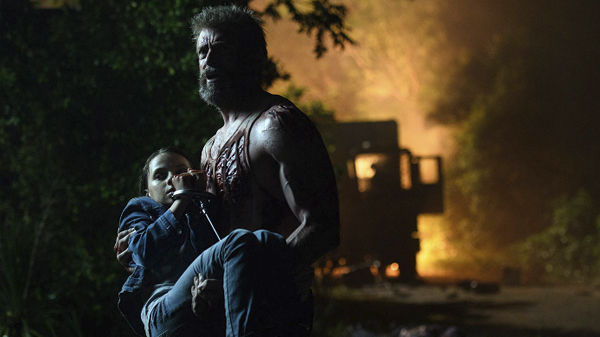 The Death of Wolverine

While the movie did not perfectly align with either comic series Old Man Logan or The Death of Wolverine, it is clear to see that both volumes played important roles in this film.  After Laura kills X-24 with an Adamantium bullet, she rushes to Logan’s side as he begins to succumb to his wounds.

As Wolverine dies in Laura’s arms, the two acknowledge their blood relation in an emotional conclusion to the film.  As Laura and the other young mutants prepare to move north to safety, they hold a funeral for the late hero, after which Laura tearfully adjusts the makeshift cross at his grave so that it looks like an ‘X’  A fitting tribute to one of the finest X-Men. 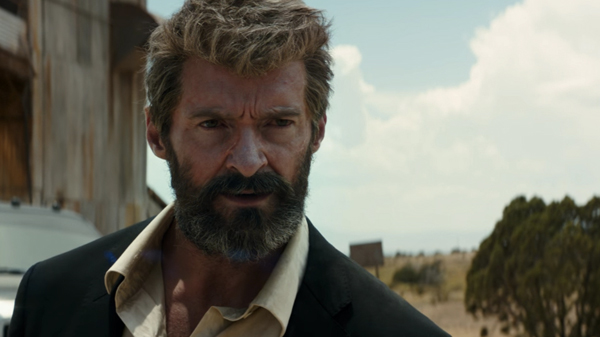 While there are many more memorable moments from the film- and let’s be real, the whole film could make this list- these ones really showcased the emotion, action, and awesome mutant power of Logan.  Every mutant gets their moment to shine, and with Wolverine seeing Laura and the other young mutants to safety, the movie ends on a hopeful note.

Logan, Caliban, and Charles Xavier all make brave sacrifices so that Laura, Rictor, and their friends can become the future of mutantkind.  While Hugh Jackman’s Wolverine saga might have come to a close with this latest chapter, Logan left us with plenty of amazing memories proving that they saved the best for last.

While there are currently no LOGAN film specific collectibles available, we do have a variety of Wolverine and X-Men related collectibles, right here at Sideshow! Click here!