After years of development and multiple delays, the first official trailer for DC’s Black Adam is finally here! Black Adam is set to be released on October 21, 2022. In the trailer, we see the inception of the colossally powerful figure known as Black Adam (played by Dwayne Johnson) as well as multiple high-profile appearances from previously unseen on the big screen DC comics characters.

Check out the trailer below, or use the Warner Bros. Pictures’ official YouTube channel, then head back here for our breakdown and analysis about the upcoming Black Adam film. There’s a lot to cover!


Is Black Adam a Villain? 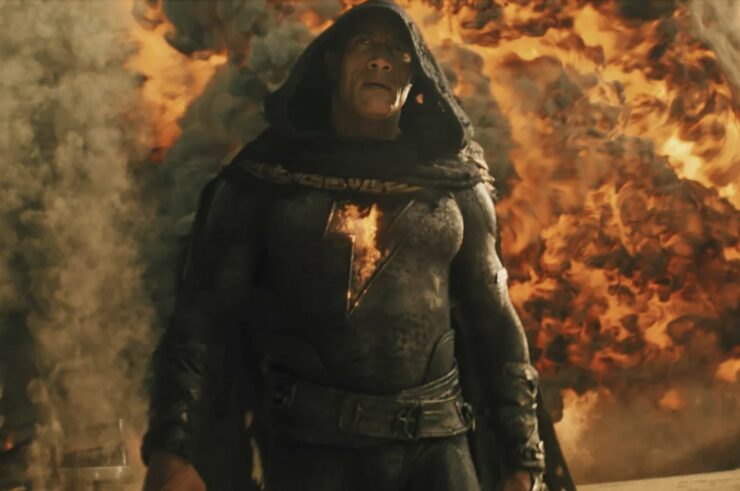 From the beginning, it’s been clear Black Adam is a complex character, straddling the line between antihero and villain. In most of his comics appearances, he is the all-powerful archenemy of Shazam. Even in the trailer, Hawkman says to him, “Heroes don’t kill people.” With no hesitation, Black Adam replies, “Well, I do.”

That answer tells us everything. Black Adam is not like other super-powered figures with a lightning bolt on their chest. Five thousand years ago, he was born a slave. In the comics, his name was Teth-Adam and he lived in Kahndaq. His powers came from the same wizard who granted Billy Batson the Shazam persona. The trailer’s voiceover from Black Adam himself says he gained the power of the gods after the sacrifice of his son, only to be imprisoned. No matter the source of Black Adam’s powers, it’s implied that Doctor Fate (Pierce Brosnan) awakens him.

As Black Adam is pursued by heroes like Hawkman and Atom Smasher, as well as possibly military forces and/or Intergang, he comes across Adrianna Tomaz and a group of potential allies. Like Shazam, Black Adam also later assembles his own “family.” With his ominous wisdom, Doctor Fate warns Black Adam, “My vision has shown me two futures: You can be the destroyer of this world, or you can be its savior. That’s up to you.”

Members of the JSA in Black Adam 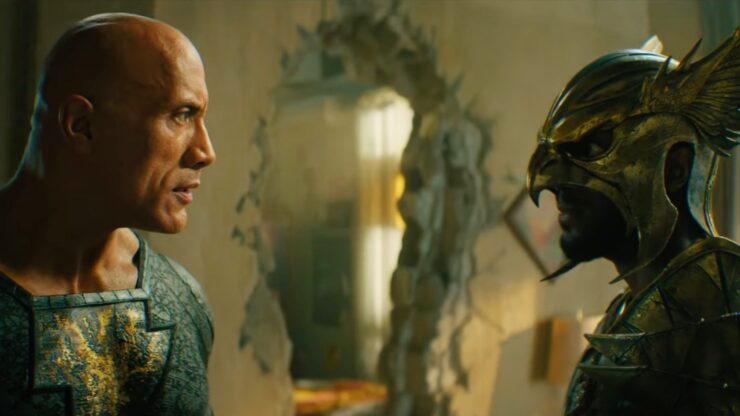 Hawkman and Atom Smasher are two of the most prominent Justice Society of America members featured in the trailer. Like Black Adam, Carter Hall’s super-powered persona Hawkman (played by Aldis Hodge) has ancient Egyptian-esque roots. The winged super hero is a reincarnation of an Egyptian prince and in the comics, Hawkman has lived many lives across time and space — sometimes even simultaneously, as is the case with Katar Hol of Thanagar.

Al Rothstein, AKA Atom Smasher (played by Noah Centineo), is the second JSA member to be featured. He has the power to grow to gargantuan sizes. Unlike the resolute morality of Hawkman, Atom Smasher’s history in the comics has been more gray than black and white. At times, he has opposed Black Adam. Over the years, however, the two men have also developed a deep friendship, on separate occasions even saving the other’s life. Briefly, we also get a glimpse of Cyclone, AKA Maxine Hunkell (played by Quintessa Swindell). Her swirl of green plummets into battle because of her wind manipulation powers. Cyclone is a member of the JSA as well as the granddaughter of Red Tornado.

Based on the Black Adam trailer, it appears the titular hero will face opposition from the JSA as well as Intergang, an international organized crime syndicate. It’s important to note that in the comics, Intergang receives Apokoliptian technology from Darkseid to fuel their campaigns of chaos on Earth. These gifts from Darkseid and New Apokolips could explain the various spaceships in the trailer.

On the other hand, Black Adam will also meet Adrianna Tomaz (played by Sarah Shahi). The trailer shows Adrianna Tomaz with other individuals who seem to be on Black Adam’s side, or at least looking to him for protection. In the comics, Adrianna Tomaz becomes Isis, a similarly gifted mystical being whose powers and character trajectory are intimately linked with Black Adam.

One of the most intriguing figures in the Black Adam trailer is Doctor Fate. Since it’s hinted that Fate resurrects Black Adam, it appears that Kent Nelson/Doctor Fate might have a similar role to Doctor Sivana. In the comics, Doctor Sivana was not only associated with Intergang but he brought back Black Adam to fight Shazam.

By wearing the Helmet of Fate, Kent Nelson taps into the magical power of Nabu, a mighty Lord of Order within the DC omniverse. He was also a member of the JSA in the comics. While Black Adam returns to the world, Doctor Fate asks him, “What have your powers ever given to you? Nothing but heartache.” It seems Doctor Fate will provide mentorship to Black Adam, though how that alliance will play out remains to be seen. 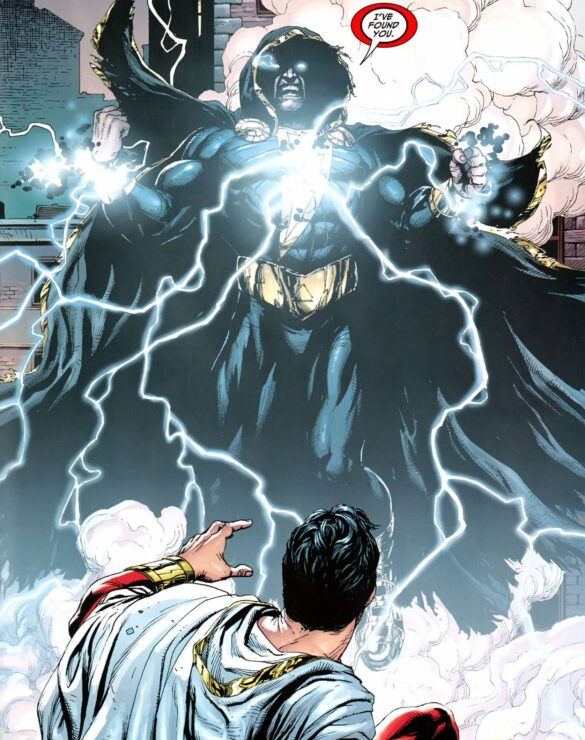 Of course, Black Adam is most known as the archenemy of Shazam. Since Shazam! Fury of the Gods is slated for the end of 2022, it stands to reason that the two will eventually cross paths. Both Warner Bros. and Dwayne Johnson have mentioned that Black Adam has the potential for multiple future films, even the possibility of squaring off against Superman and Wonder Woman.

The first look at DC’s Black Adam film certainly leaves an impact — will audiences be swayed to sympathize with the titular character, or will we see Black Adam’s rise and fall into utter villainy?

All will be revealed October 21, 2022, when Black Adam premieres. The film will begin streaming 45 days later. Will you be watching Black Adam? What are your thoughts on the trailer? Keep the conversation going over at side.show/geekgroup, and don’t forget to Let Your Geek Sideshow!