With Marvel’s upcoming Black Widow film, we’re finally going to be able to fully explore Natasha Romanoff’s mysterious backstory. While this will be the first time we return to her origins in the films, the comics have also offered answers to her incredible abilities.

How is it that she can go toe to toe with intergalactic assassins with any variety of super powers? Does she actually have powers of her own? We can’t speak for the MCU and its answers, but we can explore her comic book origins. 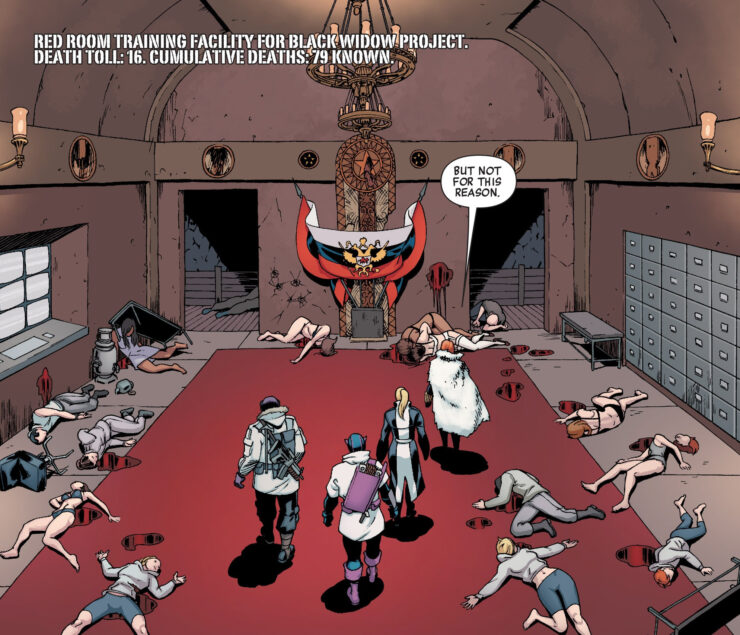 In the comics, Natalia Romanova was born in the USSR in the year 1928. It’s unclear exactly who her parents were, because it wasn’t long before she was completely whisked away and forced into an excruciatingly rigorous and painful program. It was the Black Widow Project. This program was meant to train children from an extremely young age to be the perfect spies for their government. They were subjected to an endless amount of training, physically and mentally pushing them to their limits.

Once she was trained, she was bio-technologically and psycho-technologically enhanced. These enhancements were the USSR’s attempt at creating Super Soldiers, but without the same Secret Super Soldier Serum that Captain America had, there was no way to ensure the same results. Instead, they created their own variant. While it didn’t make the test subjects as physically powerful, it did ensure that their longevity and agility were increased.

This is clearly evident because unlike Captain America, who was cryogenically frozen in ice for decades, Natasha has been an active spy since she was given the serum. She ages significantly slower than Captain America. She even potentially ages slower than the Winter Soldier, since Bucky Barnes was often cryogenically frozen as well while he was under the control of the USSR. That said, Bucky and Natasha were both given very similar serums.

Other than her longevity, her fitness comes mostly from training. She is certainly able to reach the peak potential for humanity, being as capable as any Olympian, but her strength still has its limits. That’s not necessarily true for her skills, however. Natasha is an excellent spy, able to go undercover in almost any circumstance. She was so skilled, in fact, that she was forced into an arranged marriage with another spy, Alexei Shostakov. Alexei would eventually become the Red Guardian, Russia’s version of Captain America, and the two would go on missions for the KGB together.

But after years of blackmail, sinister betrayals, and broken hearts, Black Widow decided to leave the USSR. She used every espionage tactic that she learned from the Red Room and the KGB to turn her back on them and come to America with Hawkeye, who was at the time, a villain plaguing Iron Man. 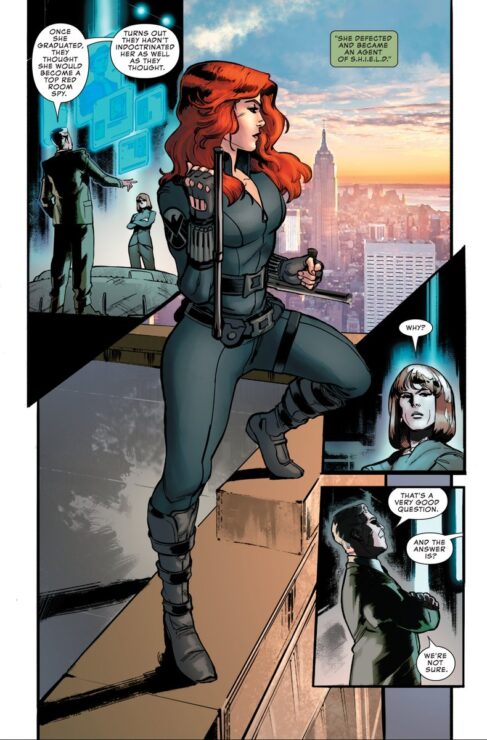 Black Widow spent so much of her life working towards causes that she didn’t believe in, that when she finally left the KGB and the Black Widow Project, she wanted to fight for good. She worked diligently to gain the trust of Nick Fury and worked alongside him and the Agents of S.H.I.E.L.D.

Eventually, she gained membership to the Avengers, and worked alongside them. She’s worked on many teams, even the slightly villainous team called the Thunderbirds.

She’s lead the Avengers, and she’s helped run S.H.I.E.L.D. but through it all, one thing remains the same: she has become one of the best spies on Earth. There is no better secret agent or espionage master than Black Widow.

Marvel’s Black Widow film will premiere on Disney+ with Premier Access on June 9th. The film will follow Black Widow back in time to meet her family, including the dangerous Yelena Belova (another graduate of the Red Room) and the once-powerful Red Guardian.

It seems the Red Guardian will be playing the role of her father figure, so it seems unlikely that Natasha will be as old as she is in the comics. However, we are certainly going to see the Red Room, as well as the dangerous villain known as the Taskmaster.

What’s your favorite story with Black Widow? Let us know in the comments, and don’t forget to Let Your Geek Sideshow!

Sideshow has a variety of Black Widow collectibles that will help you connect with the character while you wait for her highly-anticipated movie release. Don’t miss the upcoming Black Widow Sixth Scale Figure by Hot Toys that features the snow suit white costume seen in the promotional posters. You can RSVP to be notified with this figure becomes available for order. 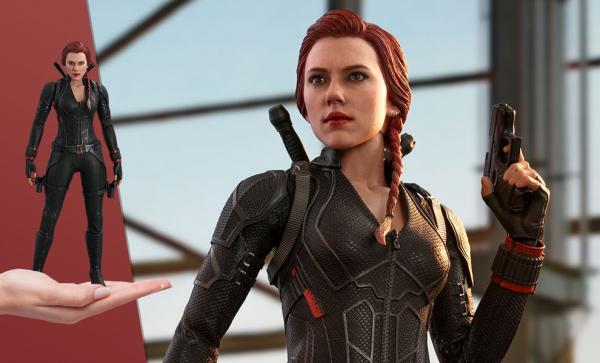 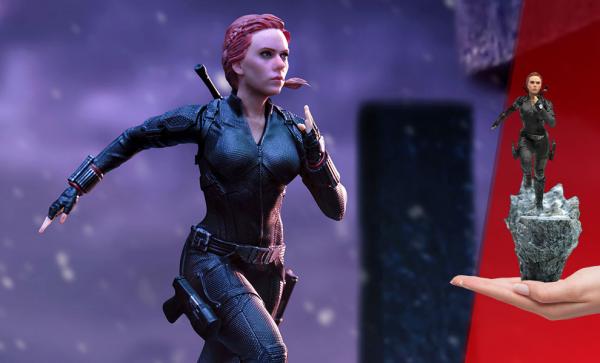 QUIZ: Which Gotham City Siren Are You?