Stars, stripes, and style — Captain America’s costume has changed through the years from showy, technicolor stage attire to battle-hardened armor. The changes in his outfit reflect the changes in the world around him. When he first appeared, the world was a very different place facing very different dangers.

Over time, his outfit has had to adapt with him, providing protection against increasingly powerful enemies, both of his home country and beyond. Furthermore, his costume has needed to remain a symbol that people can look toward in times of darkness. Let’s start where it all began. 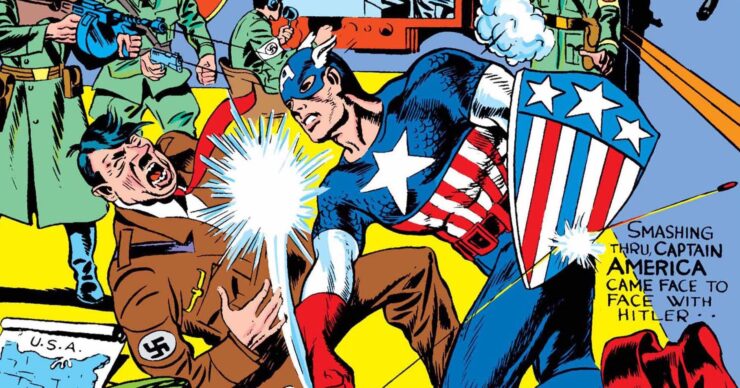 When you think about it, Captain America’s first costume wasn’t all that practical during his first heroic adventures. If you follow the comics, his only method of defense was some chainmail (depicted almost like scales on his shoulders) and a bulletproof shield. The armor was hardly effective, leaving most of his body vulnerable and unprotected. His gloves and boots were bright and eye-catching, but not outfitted as armor. It was just a costume.

The Marvel Cinematic Universe expanded on the idea that his original costume was just that: a costume. When Steve Rogers first went through Project: Rebirth and emerged as a true Super Soldier, there was no telling what dangerous adventures he was set to go on. But instead of joining the fight, Steve Rogers was used as a performer for the USO. An icon meant to highlight the ideal of his country. He was outfitted in a rather campy costume meant for performance. And while it may have looked symbolic with its bright colors and large kite-shaped shield, it was mostly stretchy fabrics.

Ultimately, Captain America’s costume didn’t need to be fully outfitted with armor like Iron Man. In most situations, he was only up against hand-to-hand combatants. And if things were serious, he could hold up his bulletproof shield and deflect the incoming barrage.

Through it all, Captain America didn’t need powerful weapons to stand up and be the moral compass of the modern day. His costume reflected the perfect concept of a hero because, at that time, that’s what he needed to be. 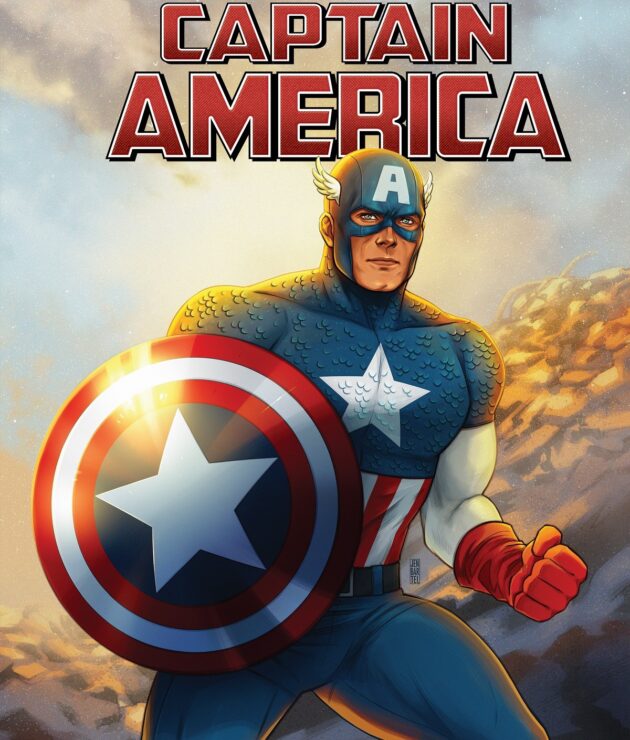 In the comics, he was gifted the shield by the president. In the MCU, it was a gift from Howard Stark. Whatever the origin, Captain America was forever changed when he was gifted the iconic circular shield. It was a shield made of perfect Vibranium that wasn’t just bulletproof, but was also completely indestructible. Not only that, but due to its circular shape, it could be perfectly balanced in such a way that a keen strategist (like Steve Rogers himself) could reliably ricochet the shield so it would always return to him.

There is a poetic core to that idea. Captain America’s iconic weapon isn’t offensive, but defensive. He was there to protect truth, freedom, and liberty. He was a defender, not an aggressor. He fought for the underdog, and while many a comic book cover shows him throwing his mean right hook, the shield fortifies the idea that he is a protector. And yet, being able to toss his shield and always have it return to him is more than just athletic prowess. It’s a statement that the two icons, the shield and the man, are tied together. He is the defender, along with the shield.

Admittedly, Captain America has had multiple shields through the years: his original heater shield, the Vibranium shield, a Vibranium-steel alloy shield, an energy-based shield made by Stark Tech, and more. But through it all, he returns to that original circular shield. 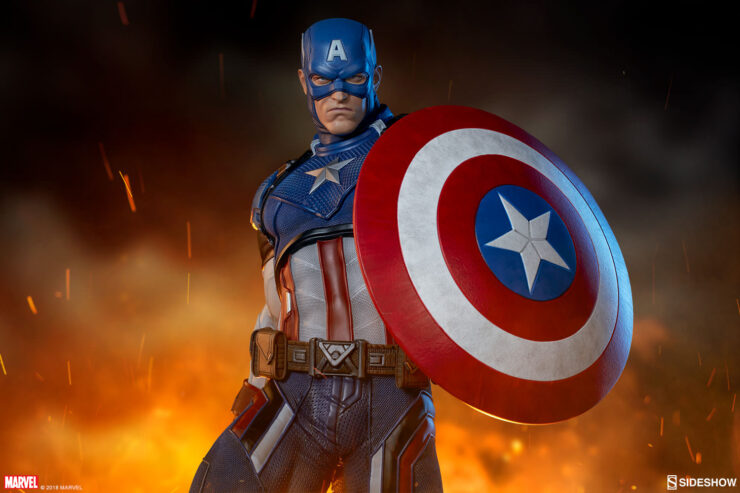 As modern villains become more deadly and more vicious, Captain America had to adapt. Crossbones, Taskmaster, and even Red Skull himself have relied more and more heavily on guns.

Not only that, but as a leader of the Avengers, Captain America has found himself fighting against cosmic level villains, the likes of Thanos or even Galactus. And so, as always, Captain America changed his costume to be prepared for battle.

He sports new armor for his shoulders and knees, and even has a utility belt with a variety of versatile tools. In his early days, his belt would simply have a symbol of America across it, maybe an eagle or flag. Now, Captain America’s belt has a variety of equipment and additional weapons should the need for them arise. This isn’t the only type of armor that he’s worn, though.

Over the years, and across multiple storylines in the Marvel universe, Captain America’s Super Soldier Serum fades. For one reason or another, it’s less effective or he’s simply aging. In these cases, he dons an exoskeleton armor so he can keep fighting for his ideals. And that’s the key word: fighting.

When Captain America moves beyond his shield and into the offensive, it makes a statement about the world he’s in. Suddenly, he’s not just defending liberty, truth, and freedom — he has to fight for it. It’s not easy, and he’s willing to do whatever it takes to fight for those virtues. Captain America has always become what the world needs him to be and he always will. 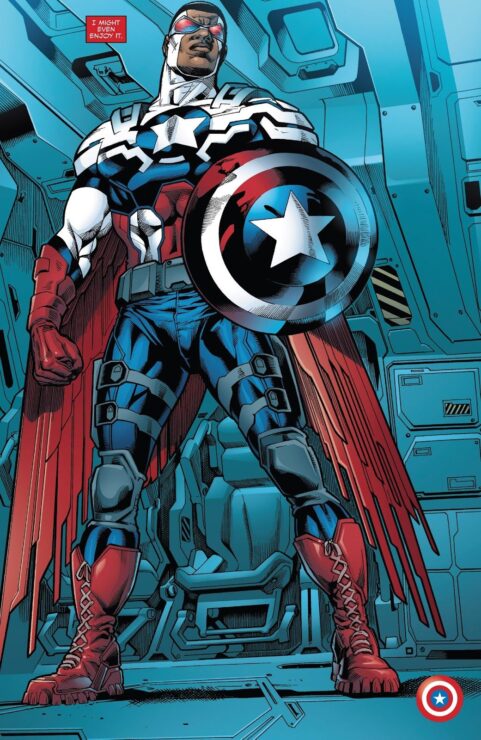 You might be scratching your head thinking, “Wings? I’ve never seen Steve Rogers fly!” and you’d be right to think that. He doesn’t do much flying, except in S.H.I.E.L.D. helicarriers and Avengers Quinjets. But we’re not talking just about Steve Rogers, we’re talking about Captain America. So when Steve Rogers passes the iconic shield down to Sam Wilson, the Falcon, he assumes the mantle of Captain America.

And just like that, Captain America has wings. Where the future will fly him is unknown, but we can only hope for the best. Whether it’s in the comics or on the screen, like in The Falcon and The Winter Soldier, Sam Wilson is without a doubt the right man for the job. Fans will surely get to see more of Sam as Captain America in the rest of the MCU’s Phase Four.

Which Captain America story arc is your favorite? Keep the conversation going over at side.show/geekgroup, and don’t forget to Let Your Geek Sideshow!

For even more characters who have carried the shield in Steve Rogers’ stead, check out this list of 7 Characters Besides Steve Rogers Who Have Also Been Captain America.