Two heroes stand at the forefront of justice and of pop culture fandom. Two heroes have had a super-grip of the hearts of fans for decades. We have loved Superman and Wonder Woman for as long as we can remember, and yet, as perfect a match as they may seem, they did not love one another.

Superman loved Lois. In most stories, Clark Kent and Lois Lane are an iconic unstoppable journalist duo, with a super-child and all! Sure, Superman has loved Lana Lang and had his flew flings now and again. But he always returns to Lois Lane.

Wonder Woman loved Steve Trevor. He was the embodiment of a good man, and the reason she fought for Man’s World in the first place! Sure, she’s dated Batman in the Justice League Animated Series, but she always rekindles her love her Steve Trevor.

But now, let’s discuss the love story of the one Superman who only ever loved Wonder Woman, the original Superman from the New-52. 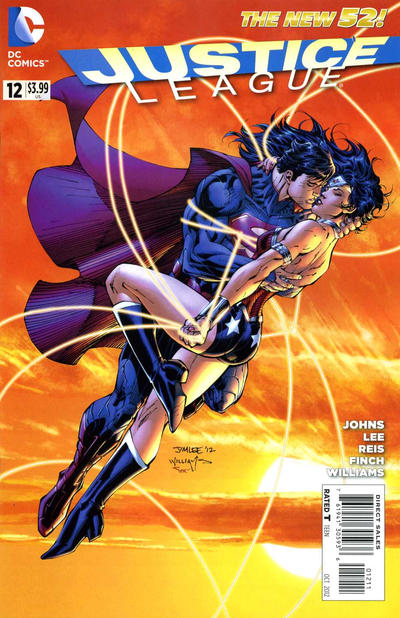 In an iconic comic book, Justice League #12, Wonder Woman and the Justice League must confront the spirits of their deceased loved ones. Wonder Woman sees the spirit of Steve Trevor. However, it turns out that these aren’t truly spirits, but rather demonic parasites that feed off of pain.

Wonder Woman discovers that Steve Trevor is still alive, and goes to visit him in the hospital. And yet, filled with pain and anger, Steve lashes out at Wonder Woman. He expresses his frustration with the fact that superheroes could never really understand what soldiers and mortal men go through. Wonder Woman tries to understand, but he wants to be left alone. So she leaves.

Later, Superman and Wonder Woman talk on the roof of a building. She explains how lonely she truly feels. She has fought for the World of Men out of love and compassion. She has tried to understand what Steve has gone through, but he simply couldn’t understand her. There is no one like her. Except for, maybe, Superman himself.

They are both from other worlds; Krypton and Themiscyra. And because of that, they both feel alien. Their superhero sides are never truly understood by others. They have both lost and outlived so many of their loved ones. Really, they are both some of the most powerful beings on the planet, and there is no telling what they could do or who they could be together. And so, feeling less alone together, they kiss.

The series not only explored the relationship of these two heroes, but truly gave an opportunity to highlight a functioning super-relationship. One of the greatest difficulties of heroes being together is that their lifestyles usually force them into deciding between being a hero and being with the one they love. Superman and Wonder Woman didn’t have that problem. They only supported each other. Even when Superman lost his powers, Wonder Woman fought alongside him. He was still Kal-El. He was still her Superman. 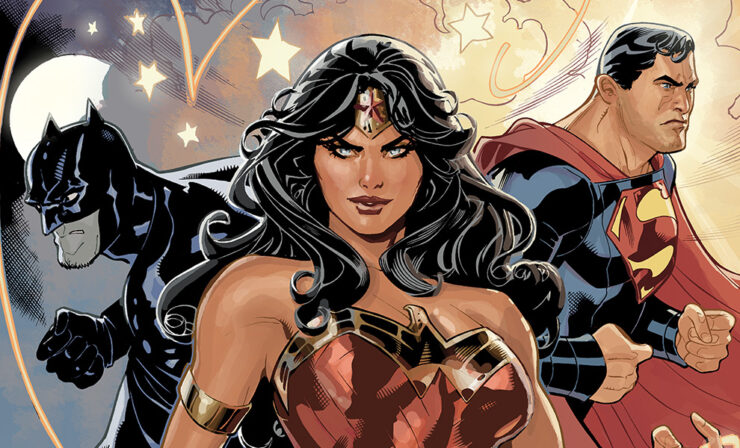 Wonder Woman told Superman that, “if one of us can fly, both of us can fly.” They were a team like no other, able to defeat any villain and conquer any conundrum. And though their relationship goes through trials and tribulations, as Superman is mutated into a beast quite similar to Doomsday, they still rely on each other. This power couple fought side by side until the end — because it does end. Superman dies. And Wonder Woman mourns.

They still make an incredible team (read DC Comics’ Trinity), and love and compassion still drive their heroism, but the love between them is gone.

Do you think Superman and Wonder Woman should be together? Let us know in the comments, and don’t forget to Let Your Geek Sideshow!