Carol Danvers is a powerful cosmic force. In the Marvel Cinematic Universe she is known most prominently by her superhero alias Captain Marvel. She has been a United States Air Force pilot, a member of Starforce, a Kree weapon known simply as ‘Vers,’ and now an Avenger. From her introduction in the Captain Marvel solo film — the MCU’s first female-led movie — to her vital role in Avengers: Endgame, she’s also had some awesome moments and quotes.

Let’s explore Captain Marvel’s MCU history through her empowering words by checking out her best quotes below. 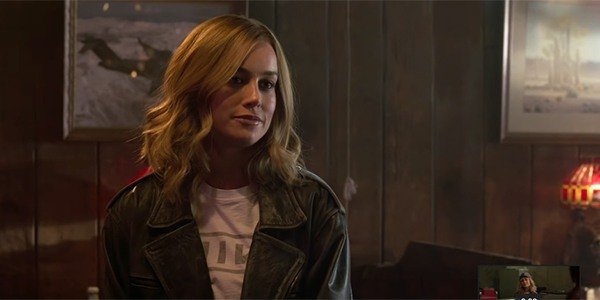 Brainwashed and convinced her powers were given to her by the Kree, Carol Danvers (Brie Larson) spends the majority of Captain Marvel learning the truth about her genocidal captors and their crusade against the Skrull, a shapeshifting extraterrestrial race that she once spent her time finding and fighting. In doing so she also learns of her human origins, of the life she lived on Earth with the family and friends she was taken from after the Tesseract exploded on a military mission.

In one of the most inspirational montages in the Marvel Cinematic Universe to date, Carol faces off against the Supreme Intelligence (Annette Bening). The Kree A.I. physically harms her, throwing her around in an attempt to get her to submit and stay down. It also attempts to emotionally manipulate Carol, insulting and belittling her, telling her that without the Kree’s influence she is only human. Carol stands up amid memories of getting knocked down as a child and a young woman, throwing those words back at the Supreme Intelligence. Here Captain Marvel shows us that her humanity, with all its emotions and fragility, is also her greatest strength. 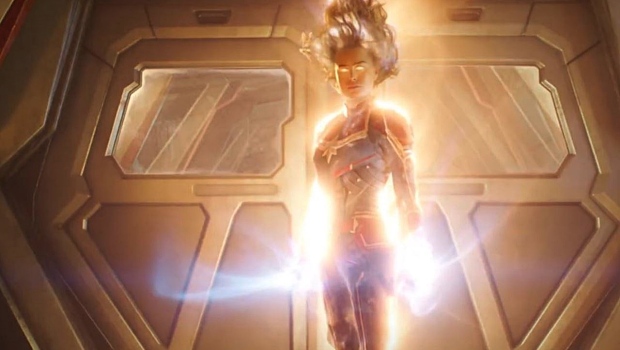 The mark of a true hero is that they fight for peace and justice. Battle is a means to a resolution, to a protected and unified world. Captain Marvel fits this description. After years of being used as a killing machine and unknowingly assisting in the oppression of the Skrull people, Carol vows to solve the problems she was part of and dismantle the system that allowed such tyranny.

Once her final enemy, Yon-Rogg (Jude Law), is defeated, he begs not to be sent back to Hala empty-handed. He appeals to their past friendship and Carol’s goodwill. She calmly replies that he’s not going back empty-handed — he’s going back with a message. At this moment Captain Marvel confirms that she is a threat to the Kree, and that her heroics will continue long after the credits roll. This is a special scene for MCU fans new and old, as it brings her character fully into the MCU and establishes all of the off-screen history that has been missing in the time we’ve only been watching the Avengers.

“Because before, you didn’t have me.” 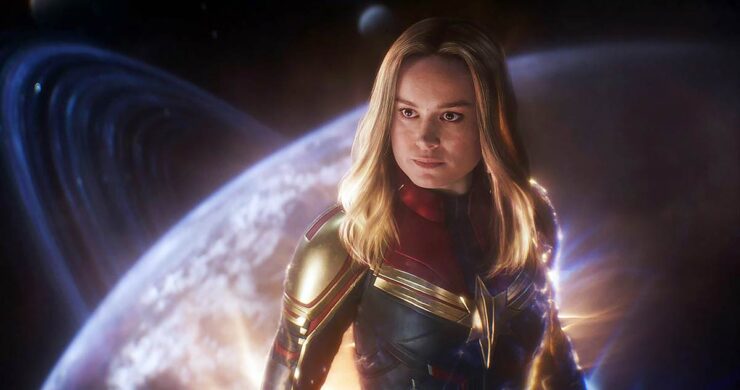 After Thanos (Josh Brolin) uses the Infinity Gauntlet to wipe out half of all life in the universe, Captain Marvel finds the Avengers and offers her assistance in defeating their greatest foe. Her plan is simple, straightforward. Naturally, a few of Earth’s Mightiest Heroes are a little hesitant to trust this newcomer, especially when she suggests a strategy that they’ve already tried — to get the infinity stones and use them to bring all the missing populations back.

But Carol tells them the truth: They need her to defeat Thanos. MCU audiences see later during the final battle that this confidence is well-earned. When Captain Marvel withstands a forceful attack by the Mad Titan, she cements her place among the Avengers and shows us what we’ve known all along. She’s more than capable of anything thrown her way. 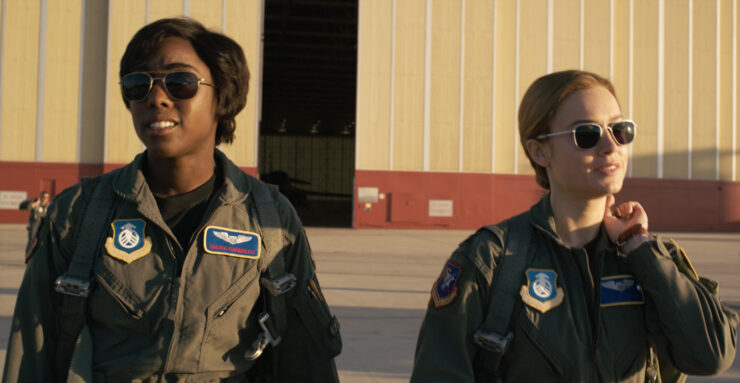 The film’s slogan and the most-quoted dialogue after Captain Marvel‘s release, “Higher, further, faster, baby,” is both fun and empowering. The way it’s spoken to Maria Rambeau (Lashana Lynch) implies it’s a shared motto between the friends. This memory helps Carol recall her most important bond to her humanity, as well as inspires her to search for the answers, going ‘higher and further’ than her Kree superiors think her capable.

In the memory, as two of the only female pilots on their squad, Carol and Maria are under constant scrutiny and pressure. Yet they are carefree and confident together as they walk toward their fighter jets, secure in their success during service. Not only are Carol and Maria ready to show these boys how it’s done, but they’ll be smiling as they do it.

“I have nothing to prove to you.” 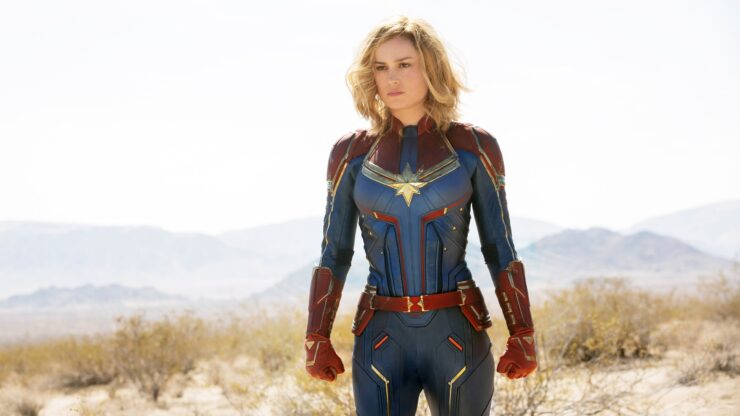 This is the best quote in Captain Marvel because in and out of context with the film, it’s an amazing sentiment. Carol Danvers knows her own value, can find worth from within, and doesn’t need to convince, demonstrate, or otherwise validate that to anyone else for any reason. It’s a simple yet profound statement for anyone to live by.

Within the film’s world, of course, this is also an extremely powerful moment. Carol’s mentor/captor, Yon-Rogg, has finally run out of options. Helpless and afraid, he is desperate to gain control over the Kree’s valuable asset once more despite his and his people’s loss in the fight against Captain Marvel, Maria Rambeau, Nick Fury, Talos, and Goose the Flerken.

Yon-Rogg screams at Carol to fight him. He is fragile and insecure and thinks she needs to participate in some hand-to-hand combat with him — sans powers — to be worthy of her victory. Raging, seething, shouting, he employs abusive, aggressive tactics to try to intimidate Captain Marvel. Unimpressed, she simply knocks him out with a single supernova blast, telling him that she doesn’t need to prove anything to him. She knows that she’s the winner here, and he does, too.

And she always will be.

What’s your favorite Captain Marvel quote? Let us know in the comments, and don’t forget to Let Your Geek Sideshow!