A brave space captain once said, “DVD releases are built on hope.”  Thankfully, Star Wars fans won’t have to hope for Rogue One to come to home video for much longer- The Star Wars Show officially announced that this inaugural Star Wars standalone will be coming to DVD / Blu-Ray April 4th and on Digital HD from Amazon Video and iTunes on March 24th.

With the release date revealed, fans also got a preview of what special extras to expect on the discs that will accompany the film.  These bonus features are poised to satisfy our curiosities about just what it takes to bring a standalone story to life in the massive world of a galaxy far away.  Let’s take a look at what features were announced for the exciting home video release that’s more jam-packed than the disc containing the Death Star plans! 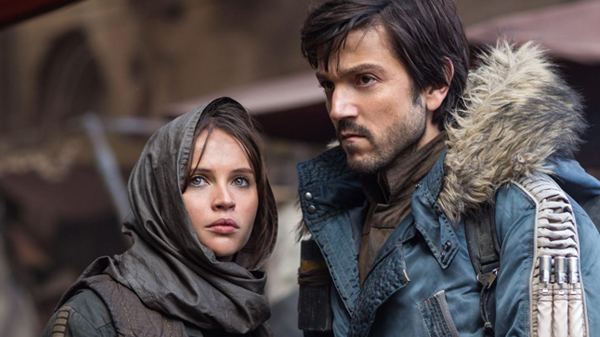 A Rogue Idea– This special feature will take a look at how John Knoll came up with the concept to have a film follow the intrepid Rebels who captured the schematics of the first Death Star.  Because this isn’t the only solo Star Wars film (Red Cup, anyone?) we will be seeing in the coming years, A Rogue Idea will also delve into the decision to have this film launch the series of stand-alone stories.  With big, trilogy-sized shoes to fill, how will these individual films change the Star Wars landscape?

Rogue Connections– This segment will focus on uncovering all the Easter eggs and other facts that appear throughout the film that situate Rogue One in the greater Star Wars universe.  From Red 5 to running into Ponda Baba in the streets of Jedha, there are plenty of connections to the rest of the galaxy to be revealed. 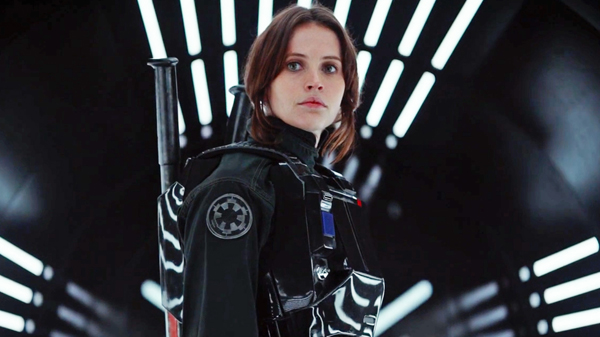 Jyn: The Rebel– In this bonus video, Felicity Jones will take viewers behind the scenes of bringing Jyn Erso to life on the screen, and we’ll get to know more about the bold rebel who helped start the spark of hope in the Rebellion. 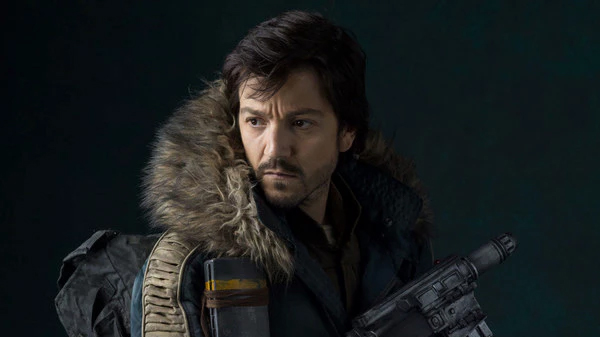 Cassian: The Spy– Captain Cassian Andor stole many hearts in addition to vital plans to defeat the empire, and in this segment Diego Luna gives insight into the background of the selfless spy who became an incredible, determined rebel champion.  Hopefully this video will make ten minutes feel like a hundred as we learn more about this hero’s history. 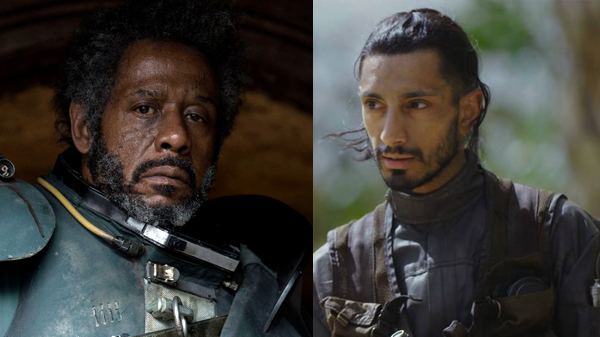 Bodhi and Saw: The Pilot and the Revolutionary– An Imperial pilot who defects from the Empire and a broken, radical Rebel leader who fought in the Clone Wars are the focus of this video.  Actors Riz Ahmed and Forest Whitaker reflect on their vastly different characters who both contributed to the rebellion in unique ways. 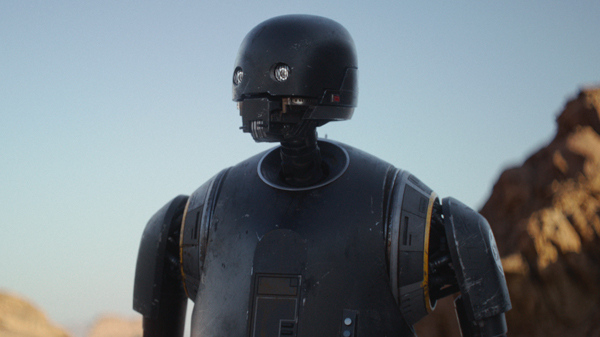 K-2SO: The Droid– He’s included in this DVD release because the captain said he had to be.  This video will explore the inner workings of this Imperial droid whose dry wit made him a fan favorite.  From initial pitch to character design, watch K-2SO’s history be assembled onscreen, leading up through Alan Tudyk’s performance of Cassian Andor’s reprogrammed pal. 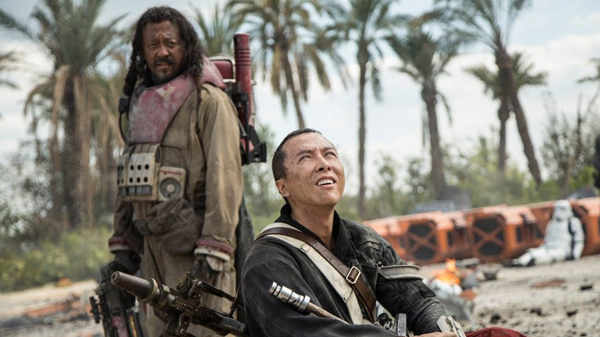 Baze and Chirrut: Guardians of the Whills– The Force is certainly with this featurette, which will explore the intriguing relationship of this intergalactic odd couple with a lot of history behind them.  Chinese superstars Donnie Yen and Jiang Wen will take a look back at playing the blind monk and the freelance assassin whose characters followed the Force in very different fashions.

Visions of Hope: The Look of “Rogue One”– In Visions of Hope, the filmmakers talk about the process of designing the atmosphere and aesthetic for a new Star Wars film that also fits within the world of the original trilogy.  They describe the challenges and successes of creating new environments and character designs while working with the classic designs of the world. 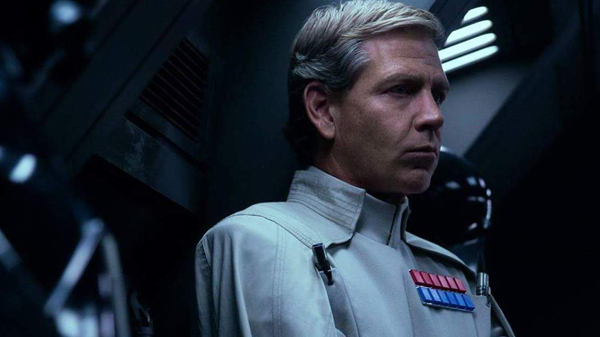 The Empire– Search your feelings and get excited to take a closer look at the Empire as it existed in Rogue One.  This featurette focuses on the new Imperial officers at odds with the Rebellion while also taking a look at what it took to bring back the dastardly Darth Vader before his eventual path to redemption. 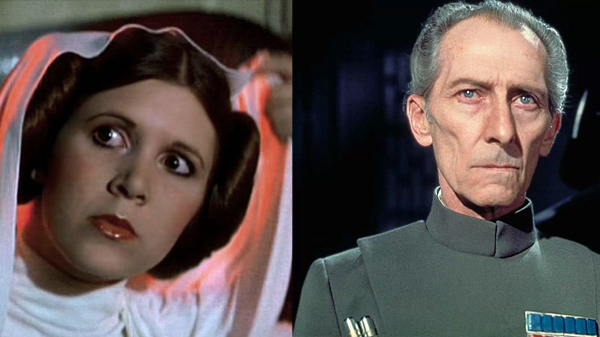 The Princess and the Governor– Rogue One surprised fans by bringing a young Princess Leia and Grand Moff Tarkin back on screen, just as they looked in Star Wars: A New Hope.  This featurette goes behind the digital effects work that it took to capture those characters’ likenesses for the new film.

Epilogue: The Story Continues– In this final feature, the filmmakers and cast celebrate the movie’s premiere and look forward to the future of the Star Wars world, and the stories yet to be told. 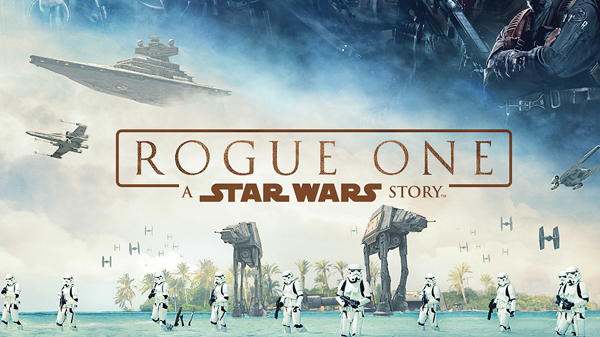 If you’re looking for after-credits scenes, there are none to be found on this release.  But I hear they already have a separate, special disc for that, and it’s a two hour movie called Star Wars: A New Hope!

This home video release gives us plenty of insight into the lives and histories of the bold, beloved rebels of Rogue One.  As the first Star Wars standalone, the film certainly stands out as a big step for the storytelling of this epic saga, and the exciting bonuses included will help cement Rogue One as a vital chapter in the full Star Wars viewing experience.

Sideshow proudly offer a wide range of STAR WARS Collectibles and ROGUE ONE products. From R2 to K-2, we have the droids you are looking for!

BONUS: Check out this exclusive sneak peek of some of Sideshow’s future products by our friends at the STAR WARS SHOW.