Come see Court of the Dead with USAopoly at GenCon 2017 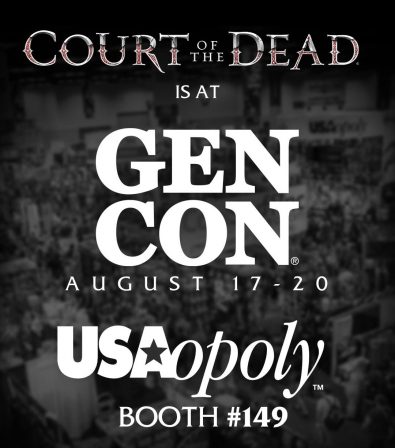 Souls who are in a gaming mood will get a chance to set their sights on the Underworld this weekend at GenCon 2017 in Indianapolis, Indiana, from August 17th-20th.  This event is the convention’s 50th anniversary, and the Court of the Dead is coming to Rise, Conquer, Rule at the USAopoly Booth #149 with Project Raygun.

Mourners, or Court of the Dead fans, will have an opportunity to purchase the convention exclusive ‘A Matter of Life and Death’ puzzle with art by Alex Horley.  The 1,000 piece puzzle depicts Death, Master of the Underworld, and Shard, a mortal trespasser, locked in a moment of tension deciding whether or not they can trust one another. 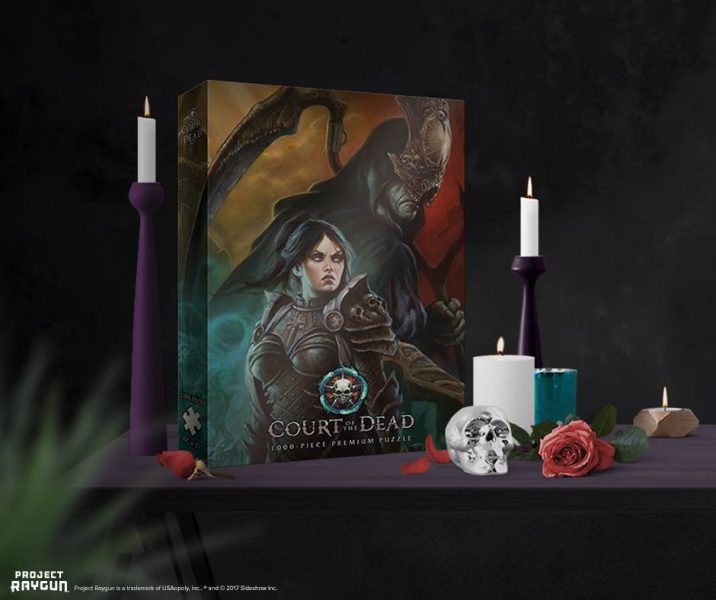 Those who visit Booth #149 might also catch glimpses of the gaming glory to come next from Court of the Dead and Project Raygun, so don’t miss your chance to stop by.  And be sure to follow Court of the Dead social on Facebook, Twitter, and Instagram for more looks at ways the Underworld is appearing at GenCon throughout the weekend.

Death: Master of the Underworld Shard

Assembling a Production Gallery Update for the Iron Man Statue