The Orrery of Worlds is the plane of existence that contains the DC Comics Multiverse and all 52 Earths, all in the same space, but vibrating at different frequencies. They have significant similarities, and just as many differences.

While we may not know much about each and every different Earth, we are learning more and more about how the DC Comics multiverse figures into the grand scheme of Dr. Manhattan’s story, revealed in the Doomsday Clock and DC Rebirth series. For now, let’s explore a few different Earths. 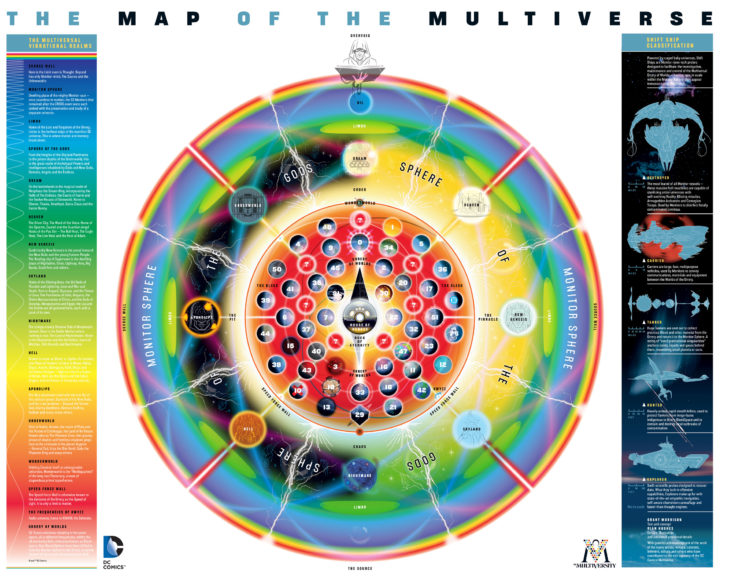 Earth-0 is the most well known Earth in all of the DC Comics Multiverse. It is the home of Superman, Batman, and Wonder Woman. The home of the Justice League! In all the DC Comics Multiverse Justice League is one of the most highly regarded teams. Not only do they have all of our favorite heroes, but they fight against some of the deadliest and most dastardly villains. Earth-0 is home to most of the stories we know, but there are quite a few other worlds that capture our imagination as well.

Earth-1 is not so different from Earth-0, nor is it far off in the cosmic scheme of the DC comics multiverse. However, it is distant in time. While Earth-0 has many established heroes, the heroes of Earth-1 are just beginning in the aftermath of New 52. Bruce has only recently become The Batman. And yet, in any DC comics multiverse Batman still fights to protect Gotham. 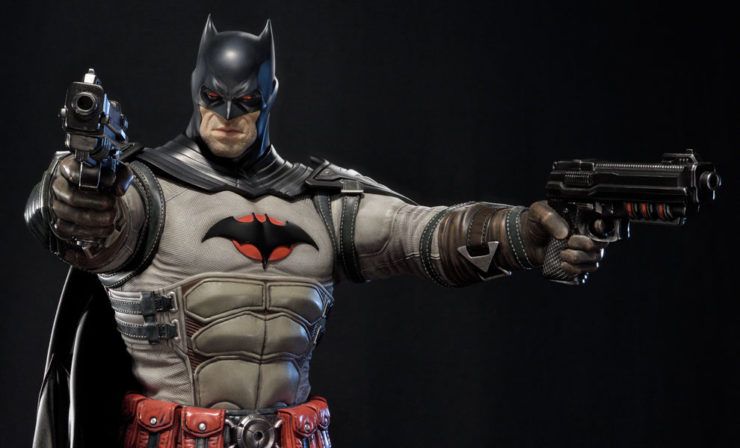 Earth-2 is home to Alan Scott’s Green Lantern, Jay Garrick’s Flash, Thomas Wayne’s Batman, and more. The world of Earth-2 has interesting twists on traditional characters, and also is the home of many silver age heroes. Alan Scott is also a unique Green Lantern since he uses magic for his powers, as opposed to willpower and the emotional spectrum. Instead of Bruce Wayne, it is his father who is the Batman. These interesting changes make for a unique and dark world, affected by both the events of Crisis on Infinite Earths and Flashpoint.

Earth-3 is home to the Crime Syndicate, a group of heroes infamous to Earth-0’s heroes. Throughout the DC comics multiverse Superman is one of the strongest and most honorable beings of all, but his Earth-3 counterpart Ultraman is no paragon of virtue, instead corrupted and vile. Ultimately, Earth-3 is the exact opposite of Earth-0, flipped and changed so that good is evil and evil is good.

Earth-22 is home to Alex Ross‘ brilliant story Kingdom Come. Superman has retreated to the Fortress of Solitude after the general population of Earth-22 tolerated and welcomed violence. The younger generation of heroes were reckless, becoming similar to the villains they fought. Only the original Justice Society of America chose to be a positive force that showed restraint and care, even for the worst of villains.

Earth-29 is also known as Htrae. It is not a spherical planet, but rather in the shape of a cube. It is home to all of the Bizarros, and the laws of physics do not apply here. Bizarro-Superman is the fearful leader of the Unjustice League of Unamerica and guides his unteam into futile capers that accomplish nothing. It is certainly a driew ecalp. 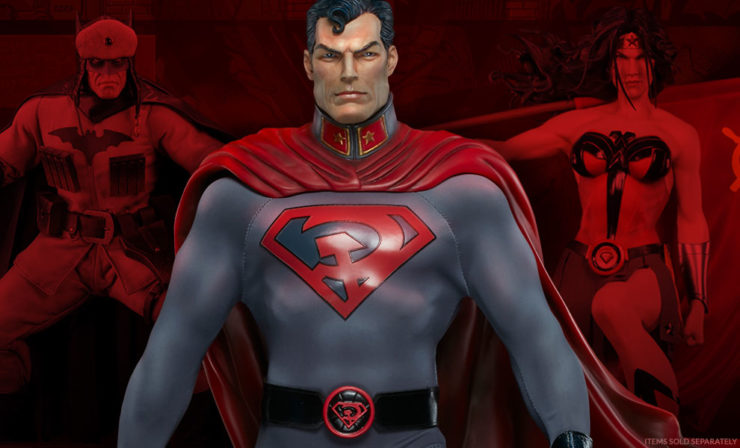 Time changes everything. On Earth-30, time is shifted ever so slightly. And even those minuscule measurements have monumental consequences. On Earth-30, Superman does not land in Kansas, but rather on a farm in the Soviet Union. This is the origin of Red Son Superman, and a power-hungry Lex Luthor.

Which Earth in the DC Comics multiverse is your favorite? Let Your Geek Sideshow and tell us in the comments!

Traverse the multiverse and add Sideshow’s exciting DC Comics collectibles to your own alternate Earth of figures, prop replicas, and more.