The Riddler is among the most fascinating DC Comics characters out there. One of Batman’s most wily villains, The Riddler has been depicted as everything from a ridiculous and melodramatic antagonist to a truly threatening serial killer. Throughout every iteration of this Rogues Gallery member, however, there have always been riddles galore.

Below, let’s look at some of The Riddler’s best and most difficult riddles from throughout the DC Universe, including comics, games, television series, and movies.

“Why is corn hard to escape from?” 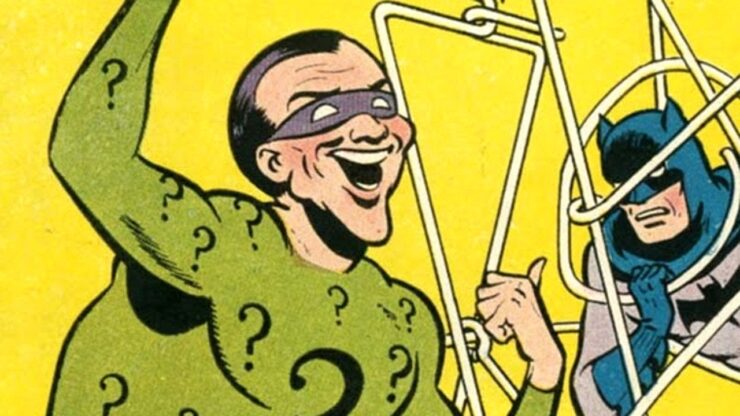 Answer: Because it’s a “maize.”

We’ll admit this riddle is pretty corny, and more of a pun than anything else. But it’s a riddle from The Riddler’s DC Comics debut, so it absolutely deserves a shout-out. Plus, this one’s difficult to solve if you don’t know Spanish. Here, The Riddler is playing on false cognates, because “maize” is a type of Central American corn plant, and “maíz” translates to corn in English!

“What is always on its way here but never arrives?”

The 1960s Riddler was as silly as the rest of the show. However, this riddle does take a bit to solve, and it’s also a good existential question. We’re always waiting and wishing on another day, but it doesn’t arrive. That’s why there’s the past, present, and future — and the concept of “tomorrow” rests in a nebulous area between them.

“Tweedledum and Tweedledee saw it, can you see it?” 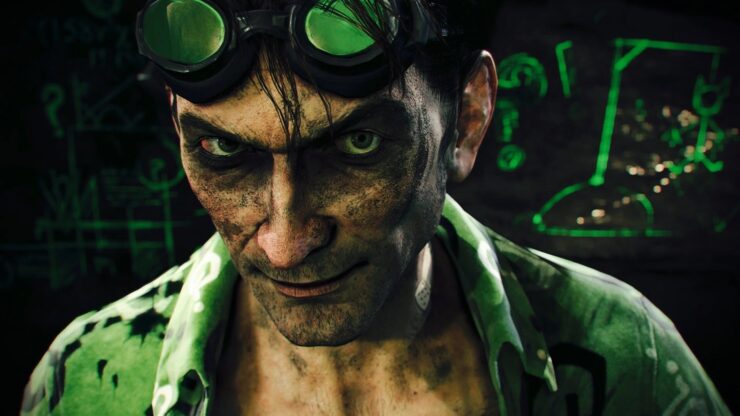 This is one of those riddles where the answer hides within the riddle. It’s also a visual puzzle from the Arkham Asylum video game. Batman must discover the location of his next clue to solve a mystery. His hint involves a pair of fictional characters and revealing words. Thus, two equally balanced people sit upon … a seesaw.

“I feel your every move. I know your every thought. I’m with you from birth and I’ll see you when you rot.”

Used in a game of life or death, this riddle can definitely stump the best of us. Sensibly, we start to think of parts of our body, and that’s the smart path. But eyes and heart don’t really fit. So then we have to take into account objects that may be around us, like mirrors for example, and it gets a lot harder. Thus it’s an awesome riddle, and it really makes us consider how well we know ourselves — and our ability to problem solve under pressure.

“Without fingers I point, without arms I strike, without feet I run. What am I?” 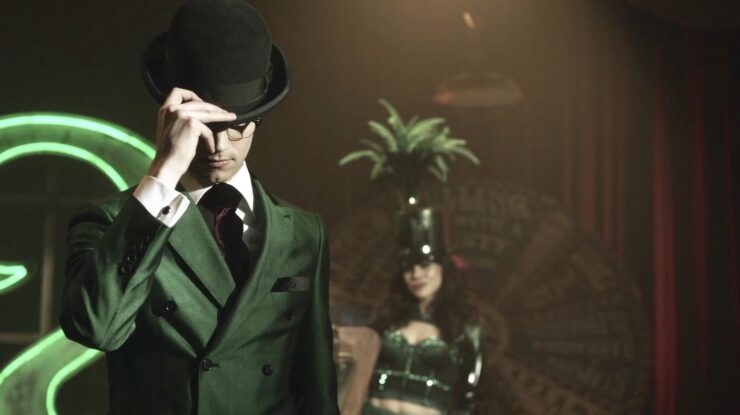 Anything that evokes images of an organic being is immediately hard to solve. With such verbs as “point,” “strike,” and “run,” we’ve already conjured images of athletes or something similar. We guess these actions are what humans and time-telling inanimate objects have in common! Additionally, this riddle also likely pays homage to The Riddler in Batman Forever, who also uses a brain teaser with the same answer of “clock.”

“My greatest of my strengths is that I know my worth. I hug myself so tightly at every birth.”

After capturing Batman, The Riddler invites him to play some games before Gotham City is destroyed. He asks the above riddle, which Batman answers incorrectly. He says “a blade.” Weird of the World’s Greatest Detective to get this one wrong, right? But soon we find out that the Batman used his answer to stall, and utilizes a utility knife to cut himself free of his bonds — ropes, tied in expert knots. This comic therefore brings us a great riddle and a great escape.

“What does a liar do when he’s dead?” 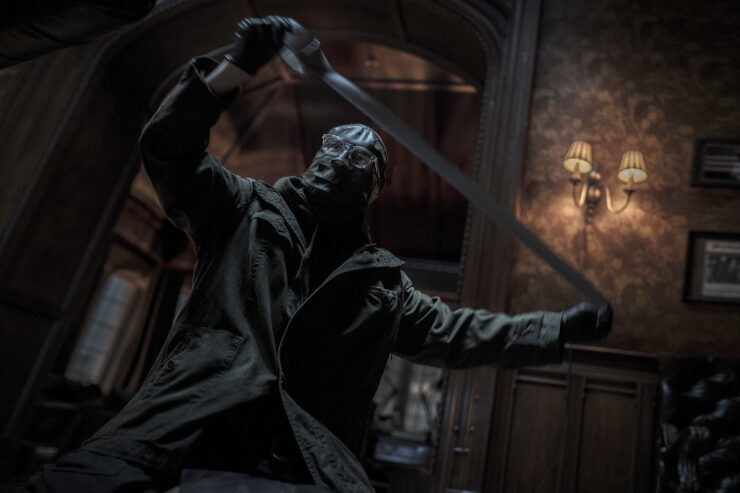 We get chills just thinking about this one. The first riddle presented in The Batman, it’s simple enough. But it’s also incredibly sinister and makes excellent use of the English language. We know that this version of The Riddler, Edward Nashton, considers the rich and powerful of Gotham to all be liars. Finally, it’s not intended to be the most extravagant or brain-breaking clue. This riddle is simply the tipping point of a whole bunch of far more dangerous riddles and clues sprinkled throughout the film. The Riddler is tired of lies and devises an intricate, city-sprawling plan to rid Gotham of them once and for all.

“It’s not a joke, but sometimes you need to shout it twice to really mean it.”

One of three interactive riddles, this one is the most frustrating for DC fans who visited rataalada.com. Do we type laugh? Haha? The sheer specificity of the answer melted minds. And The Riddler yells at you for cheating if you open a new browser to cheat. These factors combine to make victory so, so, so sweet. If you can get through this final challenge, you’re rewarded with a five-minute deleted scene featuring a new iteration of The Joker. Now there’s the Rogues Gallery team-up we need!

What are your favorite Riddler riddles? Discuss your picks with other fans in our Local Comics Society Facebook Group, and don’t forget to Let Your Geek Sideshow!

Doctor Doom's Enemies, from the Fantastic Four to Kang