Darkseid, one of Superman‘s most terrible foes, has ruled Apokolips with an iron fist. His power is unrivaled, not only because he is a New God, but because his wields the cosmic energy called the Omega Effect.

He can manipulate matter, teleport, use telekinesis and more. And yet, for thousands of years as the Ruler of Apokolips, Darkseid has searched the multiverse for a power even greater than his own: The Anti-Life Equation.

But like most villains, he wasn’t prepared for what was to come next. This is the story of how DC’s greatest heroes became zombies. 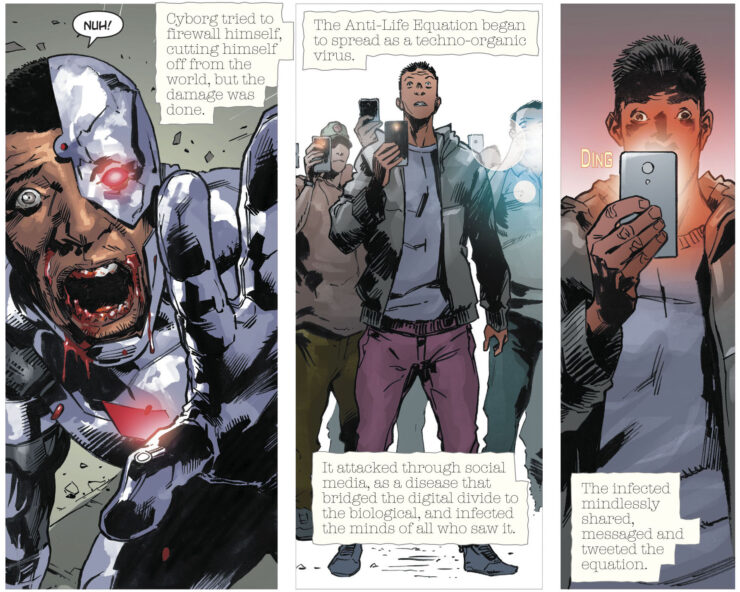 After thousands of years of searching, Darkseid located the Anti-Life equation. Inexplicably, it was inside Cyborg. Somehow the connection between Cyborg’s organic body and cybernetic enhancements (courtesy of the New Gods’ Mother Box he’s fused with) were the perfect breeding grounds for the Anti-Life Equation. Finally, equation in hand, Darkseid would be able to control the masses and rule the multiverse.

However, by trying to control the Anti-Life equation, Darkseid corrupted it, and was overwhelmed by its power. He was one of the first to fall. In an attempt to save themselves, the scientists working on Cyborg sent him back to Earth. The moment Cyborg returned to his familiar technological surroundings, his technology connected with the cloud and all the internet. He made the Anti-Life Equation into a techno-organic virus.

And in a single moment, anything connected to the internet was deadly. The simple act of looking at a screen would result in your untimely death, and you would become slave to the Anti-Life equation.

For a moment there was hope for a cure. But then there is nothing. Not even Lex Luthor could solve this problem. 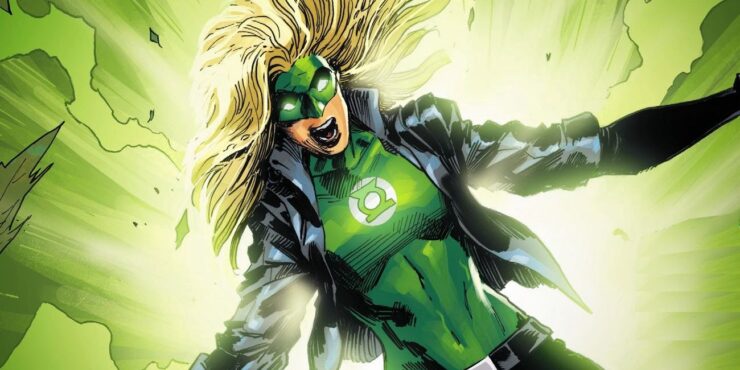 The Anti-Life Equation was fast-acting, spreading through social media and even the networks of the Watchtower, claiming some of DC Comics‘ greatest heroes. Aquaman is assaulted by a ship of sailors already taken. Nightwing and Red Robin fell almost immediately. On a camping trip with Black Canary and Green Arrow, Green Lantern Hal Jordan quickly checks his phone and is infected. Their deaths changed everything.

Mera, Queen of Atlantis, flees her own tainted kingdom. Batman is infected, and even though he’s slowing his demise with a Mr. Freeze suit, he fights until the bitter end. He tells Alfred to stand by and get ready to end it the moment the Anti-Life Equation takes him, and to make sure that he delivers a package to Damian Wayne. A curdling scream from the lips of Black Canary saves her from the zombie Hal Jordan, and she is chosen as Earth’s Green Lantern. The Flash immediately goes into hiding, since an infected speedster would be the end of all humanity.

All the while, Superman hears the screams of every person across the planet. And he hears their hearts stopping too. Superman rushes to the roof of the Daily Planet grabbing Lois Lane, his son, and Damian Wayne in an instant.  Alfred arrives and gives Damian Wayne his last gift from his father: The Batman suit. Superman gathers any surviving heroes to Metropolis and gets ready to make a last stand. 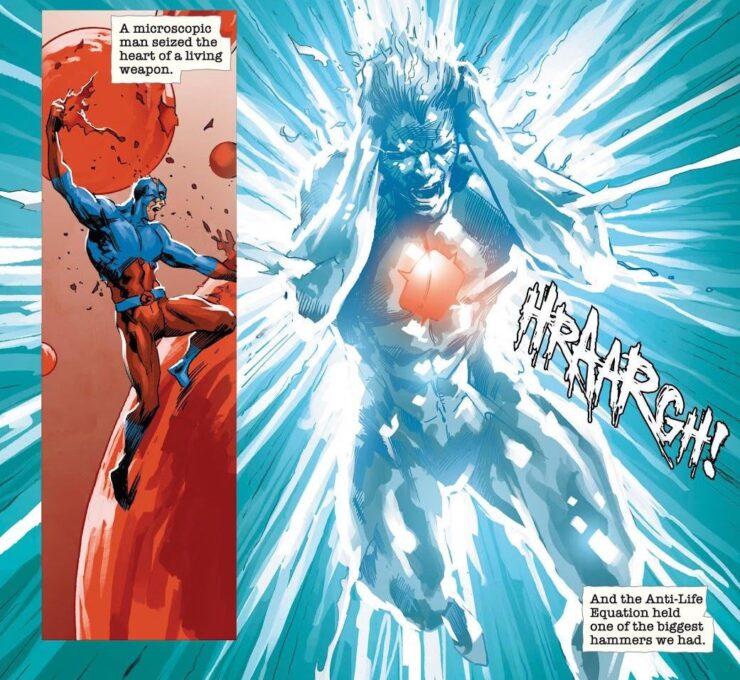 Amanda Waller, the leader of the Suicide Squad, also leads the charge against the virus. She recruited Captain Atom, a hero with the ability to manipulate Quantum Fields, so that he could perhaps cure the virus. She also recruited the Atom, Ray Palmer, so that he could shrink down and watch the virus take hold. Perhaps with their combined effort, they’d know how to cure it. Little did she know that it would corrupt the Atom.

Still shrunk down to the molecular level, the Atom jumps inside Captain Atom’s bloodstream, infecting him quickly. Now the Anti-Life Equation has control over a being that could cause untold destruction. And with that power, Captain Atom prepares to self-destruct.

Superman and Wonder Woman try to fly him out of the atmosphere so no one will be harmed, but they’re not quick enough. Captain Atom explodes, destroying countless major cities, incinerating countless heroes, and infecting countless more from his radiation.

Green Lantern (Black Canary) is able to shield everyone on the roof of the Daily Planet, and Superman and Wonder Woman survive. But the rest of the world is not so lucky. Many more get infected. Many more are in danger. 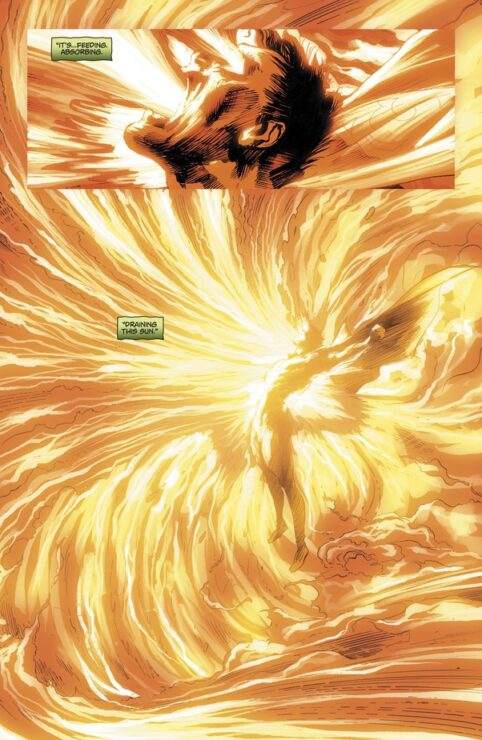 With the cities of the world devastated, Lex Luthor finally calls a truce with Superman. They work together so that they can create an escape for all of the survivors. Using a blend of Kryptonian, human, and New Gods technology, they begin building an ark so they can escape into space. But an infected hero threatens their plans.

Martian Manhunter corrupts the Flash. And just like he said, the Flash immediately becomes a threat to humanity, running around the Earth faster than light itself and infecting the world. Superman knows what he has to do. In one of the Man of Steel’s most gruesome moments, Superman catches up with the Flash and flies straight through him. The Flash is no longer a threat… but he has infected Superman.

With Superman infected, no one on Earth is safe. They have to escape on the ark. So Batman (Damian Wayne) and Wonder Woman come up with plan. Batman produces the hidden stash of Kryptonite and Wonder Woman fuses it with the magical Sword of Athena. Combining two of Superman’s weaknesses should be enough to stop him, but it’s not.

Not even the entire Green Lantern Corp can stop him from flying into the sun and draining it of all of its energy. The Anti-Life Equation can do anything through Superman, so all humanity can do is flee or become mindless zombies just like the rest. So as soon as it started, it ends, with Superman draining the solar system of all life.

Who is your favorite DCeased zombie in DC Comics? Let us know in the comments, and don’t forget to Let Your Geek Sideshow! 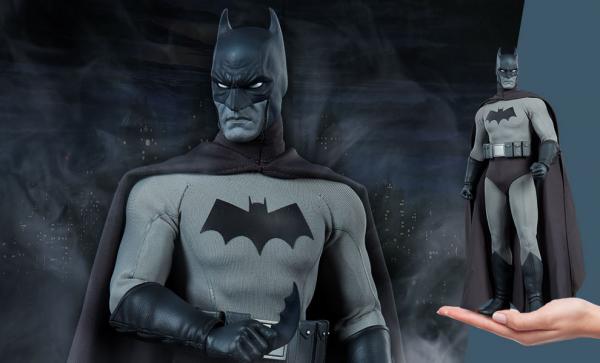 POLL: Which is the Best Pokémon Type?