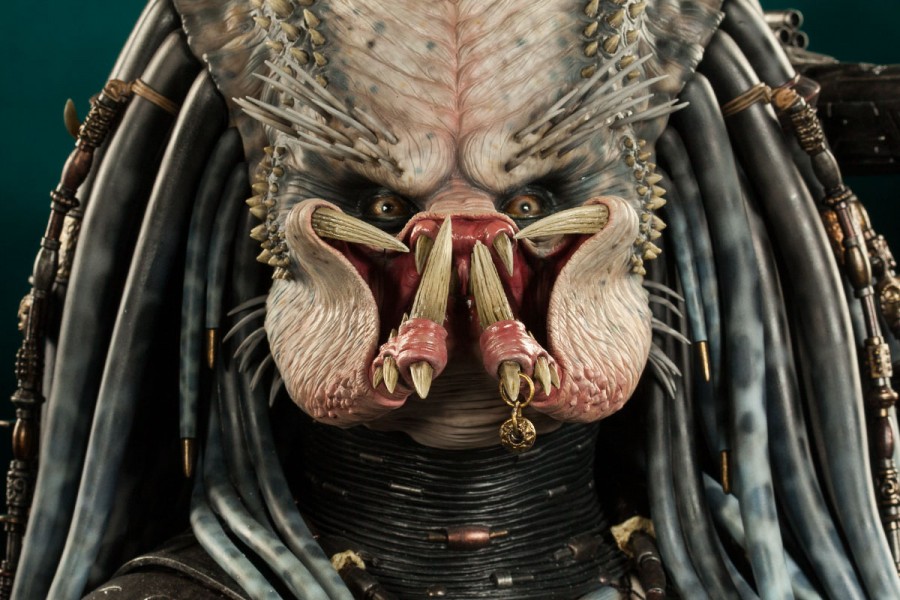 Distinguished by a battle hardened appearance indicative of a lifetime as one of the galaxy’s most feared hunters, Sideshow’s artists have faithfully rendered every detail of the honorable Predator warrior Mike Harrigan encountered aboard the Yautja mothership beneath the streets of Los Angeles. 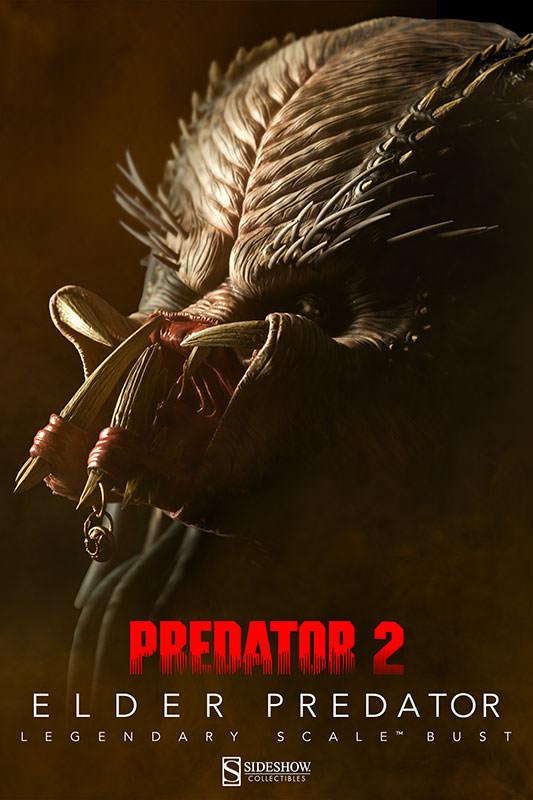 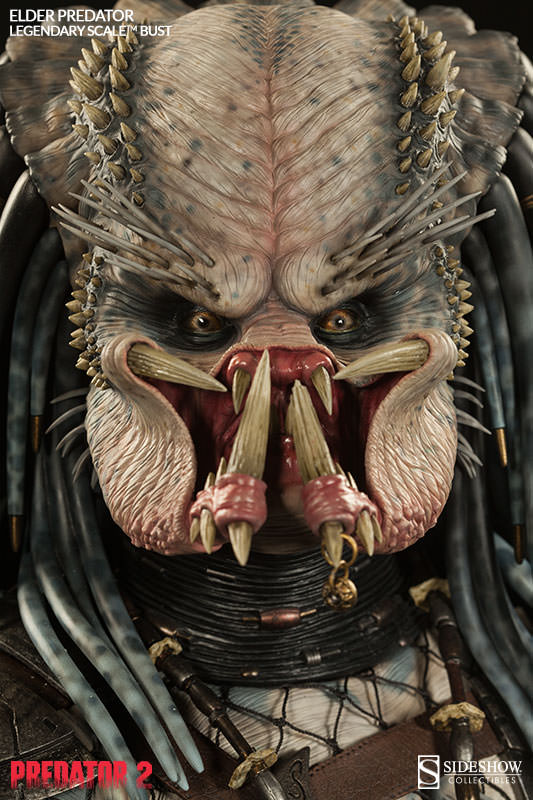 Presented in one-half scale on a themed base, the Elder Predator is equipped with his impressive shoulder-mounted plasma caster, and decorated in eye-catching costume elements, including real fabric netting, an abundance of unique dreadlock ornaments, and an intricate trophy necklace. 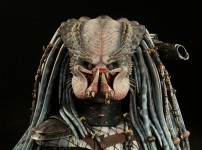 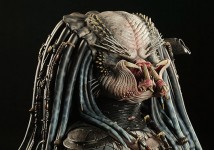 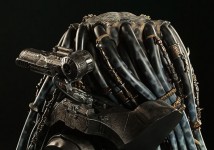 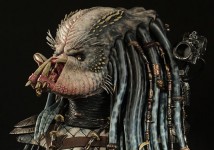 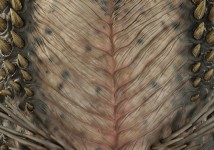 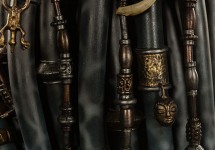 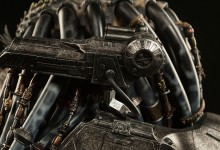 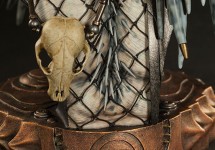 The Sideshow Exclusive version will include an accompanying ‘Predator 2’ film nameplate (shown below left). 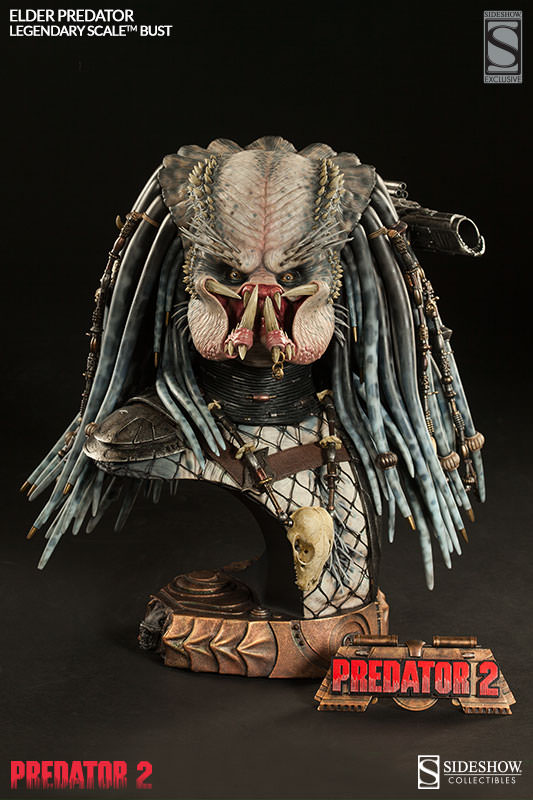 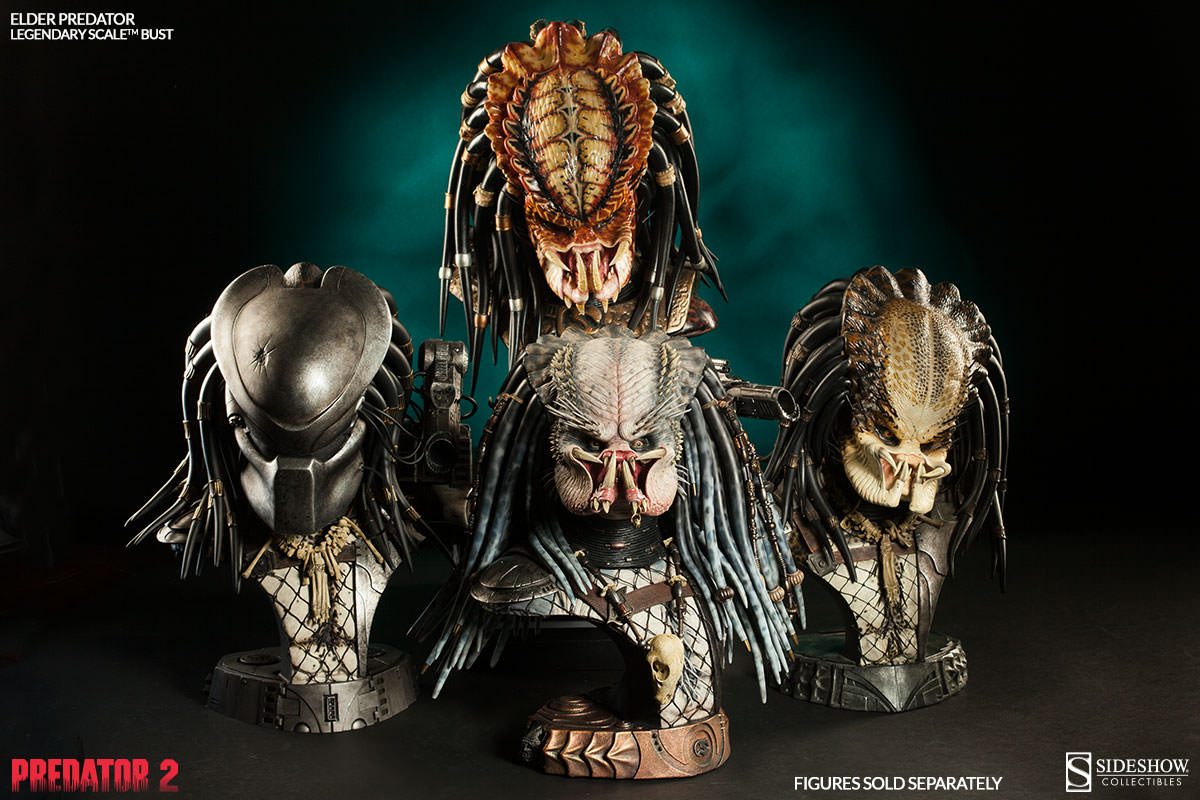 Displayed on its own, or alongside other Predator Legendary Scale™ Busts, the Elder Predator bust will be a highly sought after trophy for any Predator legacy collection.

The regular and Exclusive versions of the Predator bust will be priced at $389.99, with optional payment plans available.
Preorders begin this Thursday, October 23rd.

Discover the art of the Court of the Dead