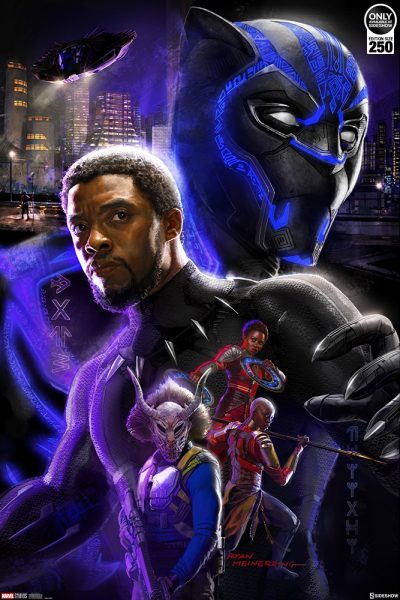 The collection features official concept art and keyframes from the Marvel Cinematic Universe, created by celebrated artists who are responsible for designing the entire look and feel of Marvel’s immensely successful films. 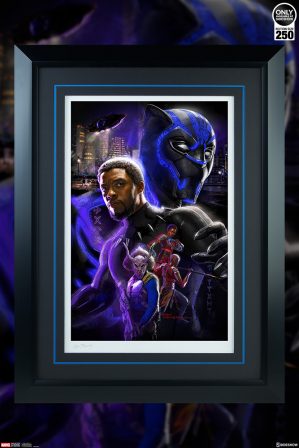 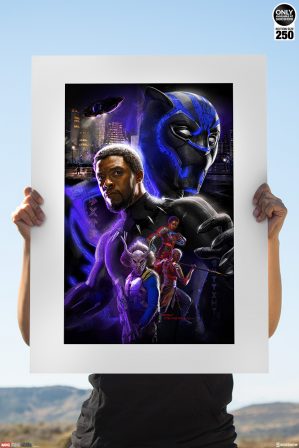 The Black Panther Fine Art Print by Ryan Meinerding captures the majesty and energy of Black Panther, the sworn protector of Wakanda. Set against the futuristic Wakandan skyline, this character piece features the king T’Challa alongside his heroic Black Panther persona, highlighted in regal shades of purple. His elite bodyguards, Okoye and Nakia of the Dora Milaje, hold their weapons high while the villainous Erik Killmonger silently menaces from the foreground. 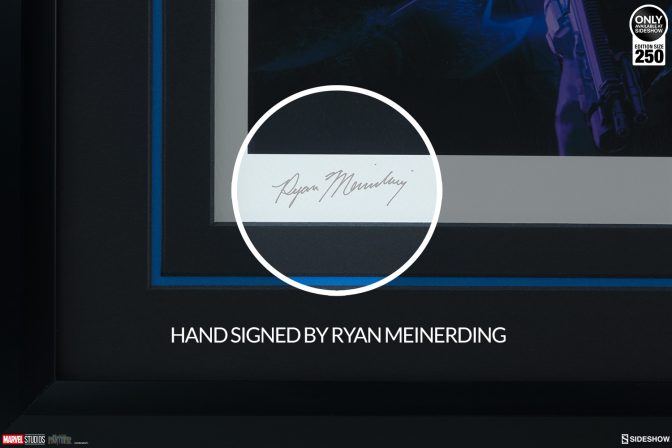 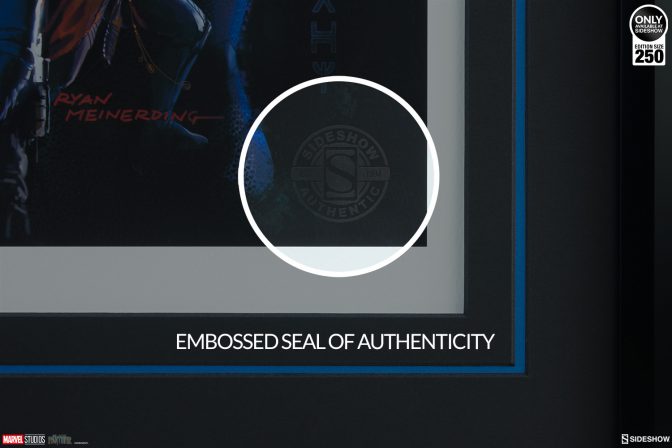 “Having our concept art celebrated in such a dramatic format is a rare treat that gives fans a chance to see Visual Development’s influence on some of their favorite characters and moments. It’s always amazing when our concept art is released into the world, and even more so now that fans can own it themselves!”

Each Black Panther Fine Art Print by Ryan Meinerding will be hand-signed by the artist as a part of this limited edition of 250 pieces. This piece of Marvel Cinematic Universe history is a must-have for fans of Black Panther! 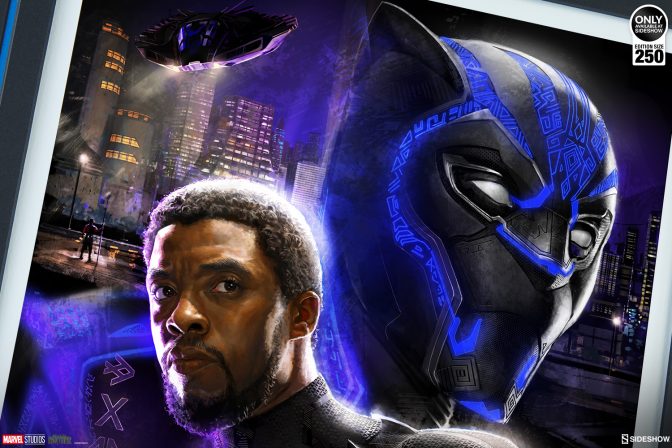 Pre-orders for the framed edition of the Black Panther Fine Art Print will begin on Friday, February 16th between 9am-12pm PT, and will be priced at $285.  If supplies are available, unframed prints will be available for pre-order beginning Monday, February 19th between 12pm-3pm PT, priced at $125.

Note: If the framed option is chosen, your order will be specially framed for you. Please allow additional time to frame and ship your order.

Artist Bio:
Ryan Meinerding is the Head of Visual Development at Marvel Studios. He has been with Marvel Studios since the early days of Iron Man, helping to design the look and feel of the Marvel Cinematic Universe.

After Iron Man, Ryan left Marvel briefly to illustrate costumes for Watchmen and do robot design for Transformers: Revenge of the Fallen. Upon returning to Marvel Studios, the producers asked if he would stay on full time and help design the look of the Marvel heroes and villains.

Ryan lead character design on Iron Man 2, and worked on keyframe and concept design for Thor. He has done the concept design for all of Captain America’s suits, and along with Charlie Wen, led a Visual Development team of artists to accomplish the character designs for the Avengers and Avengers: Age of Ultron. His most recent achievements include working on one of his favorite superheroes for Spider-Man: Homecoming, revisiting the Avengers for Infinity War, and venturing into the new world of Black Panther, coming to theaters in 2018. He is currently working on new Marvel Studios projects.