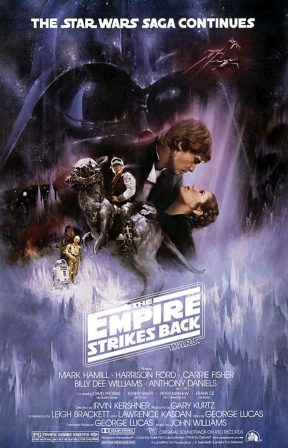 An often debated topic in the Star Wars fandom has recently gained more traction following the latest additions to the Skywalker saga- in which order should you watch the films?

Everyone has their favorite viewing order- some view for story sequence, some go by release date, and others mix and match to craft their own ultimate Star Wars experience.  Star Wars is such a cultural phenomenon that it is hard to find someone who doesn’t already know the biggest spoilers- search your feelings, you know it to be true– but some viewing orders optimize the shock and impact of major plot beats for returning fans and new audiences alike.

Once you’ve read all the orders, take our poll and tell us what you think is the best way to watch Star Wars!  Can we find balance in this force? 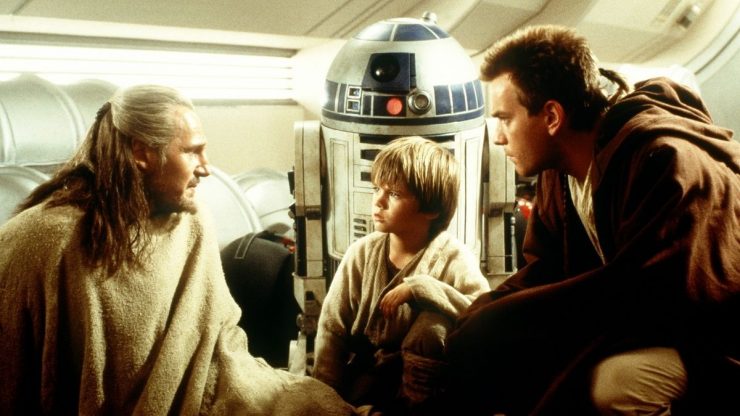 Episode Order, or Numerical Order, takes fans through the prequels, the originals, and then the sequel trilogy by way of plot timeline rather than release timeline.  Fans who watch in Episode Order will begin with The Phantom Menace, witnessing Anakin’s eventual fall to the dark side, and will progress through the original trilogy already knowing the connection between Vader and Skywalker.  Then, they will continue with the sequel trilogy, currently only including Episodes VII and VIII.

Episode Order leaves out the recent additions of Star Wars standalone films- Rogue One: A Star Wars Story and the upcoming Solo: A Star Wars Story- which technically have a chronological place in the timeline.  Fans can choose to add these films in to their Episode Order or leave them for a separate viewing apart from the trilogy format.

Theatrical Order follows the release dates of the films themselves, rather than the timeline of the plot.  Fans watching in this order will begin with the original films as Luke Skywalker and the Rebellion defeat the Galactic Empire, and then will progress to the prequels already having seen Anakin’s ultimate fate.  The sequel trilogy follows, resulting in a major time jump between story events.

Once again, this order can include or exclude Rogue One as fans see fit- technically it would come between Episodes VII and VIII in this case, resulting in another flashback to the era of rebellion.  If you don’t mind the jumps through plot-point hyperspace, Theatrical Order is a great way to track the evolution of the films and worldbuilding of Star Wars from 1977 until now. The Machete Order makes effective use of creative flashback to highlight the narrative of Luke Skywalker’s heroic journey while also emphasizing the impact of certain major moments.  After the bombshell reveal of Vader being Luke’s father, the Machete Order jumps back into the prequels to give viewers a better sense of Anakin before the Empire, and then returns fans to Return of the Jedi to watch Anakin’s redemption at the hands of his son.

The Phantom Menace is often skipped in this ordering, because most of the plot of Phantom Menace is self-contained and fans still find the necessary prequel information when starting with Attack of the Clones.  Still, that leaves fan favorites Darth Maul and Qui-Gon Jinn entirely out of the equation, so choose wisely when deciding your Machete Order viewing.  This order does not take a definite stance on the sequel trilogy either, but going by the theme of Luke’s journey, ending on Episode VIII provides a good sense of closure. 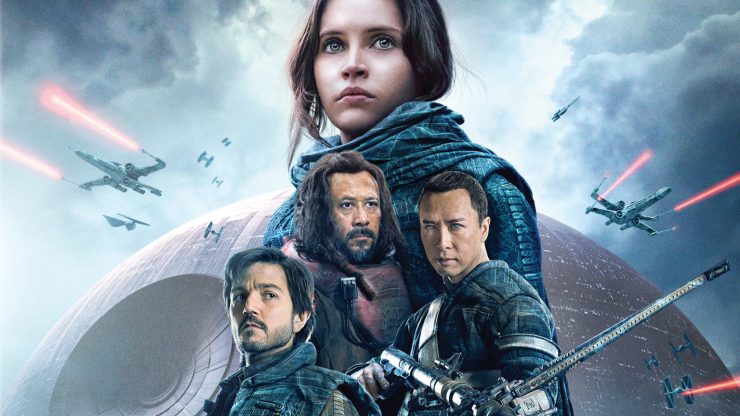 There are plenty of other potential orders for the Star Wars films- the Jedi Order, Order 66…. no, wait, scratch that!  With the addition of the Star Wars standalone films such as Rogue One, the upcoming Solo, or the animated Clone Wars feature, there are a lot of possibilities for fans to indulge their intergalactic interests.

The “Rogue One” order introduces fans with the rebellious standalone film first, and then takes the form of the Machete Order to preserve the mystery of Darth Vader.  Some may choose to forgo the prequel trilogy entirely, only viewing episodes IV-VIII.  Other orders may detour into the Clone Wars animated movie, the television series, and beyond!  With a wealth of new Star Wars media since the original trilogy, there is no shortage of epic storytelling possibilities available to fans.

Never Tell Me The Odds! 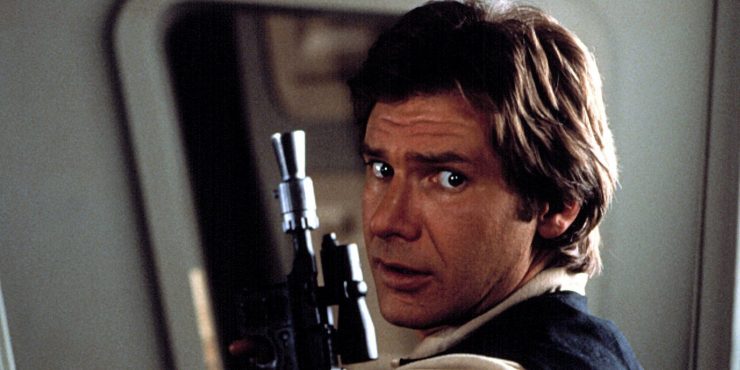 Okay, this is not a real order, and we do not recommend watching the films this way, but if you’re feeling particularly silly, you can watch the films without any of the odd-numbered episodes.  Only II, IV, VI, and VIII for you!  Because just like Han Solo, you never like to know the odds.

This order jumps around the canon, avoiding major plot points such as, “How did the Empire rise to power?” and “Are Luke Skywalker and Darth Vader related?” and even “Will the Force ever awaken again?“.  It’s just enough to leave you confused about the fate of the galaxy!

So now that you’ve read the orders for yourself, help us decide-

12 Days of Sideshow- Daredevil and Elektra