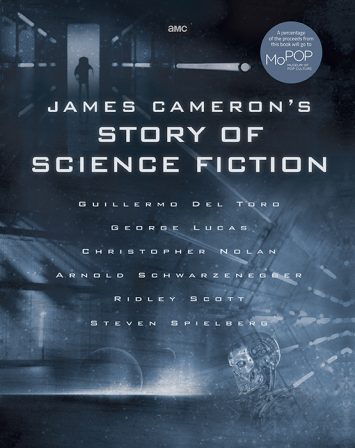 Director James Cameron has personally interviewed six of the biggest names in science fiction filmmaking, compiling the full interviews into one compendium of genre-defining influence from creators like Guillermo del Toro, Ridley Scott, George Lucas, and more.  This is James Cameron’s Story of Science Fiction. 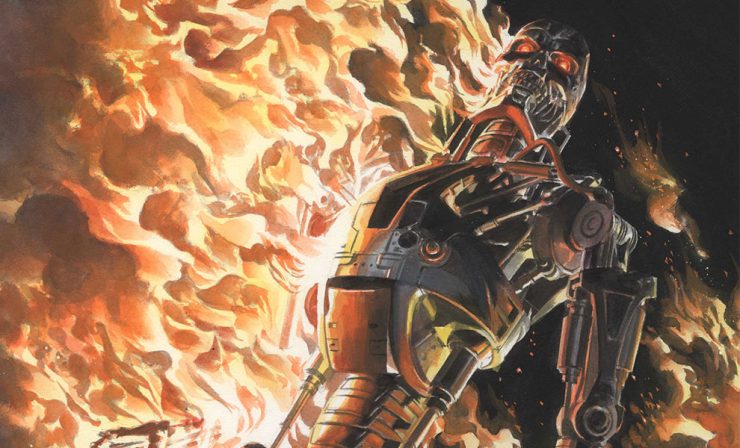 The AMC Network has turned these interviews into a six-part television series, featuring one episode for each major theme- Aliens, Space, Monsters, Dark Futures, Intelligent Machines, and Time Travel.  The latest episode, Dark Futures, covers topics of dystopia, and films that examine the state of humanity when it comes to our uncertain, technology-driven future. 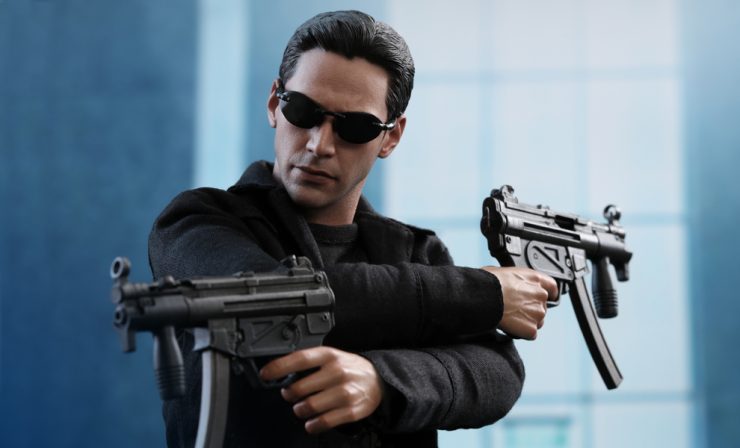 “In the year 1997, missile defense computers become self-aware and instigate a nuclear war between the United States and Russia… In the year 1999, a hacker discovers it isn’t 1999 at all- it’s the distant future, and his mind is trapped inside a virtual reality matrix… These films don’t offer an escape from our troubles.  For ninety minutes or more, they trap us inside the darkest of possible futures.” -James Cameron’s Story of Science Fiction, page 176.

In the Dark Futures episode of the AMC series, Christopher Nolan, Steven Spielberg, Robert Kirkman, and more sit down to discuss how science fiction imagines the end of the world will come for us all.  From Terminator 2: Judgment Day to The Matrix to I Am Legend, science fiction offers a harrowing vision of the future often influenced by present-day sociopolitical topics.

The rise of AI, fear of contagion, and management of resources form the backdrop for many of these famous films.  The cyborgs of RoboCop and Blade Runner are made to be products, but yearn for a more meaningful existence, while the road warriors of Mad Max wander a desolate landscape after society becomes devastated by lack of natural resources.  These imagined dark futures serve as warnings, but also as a way to reflect on the conditions of our own current society.

Beyond the show, the published edition of James Cameron’s Story of Science Fiction includes essays by top scholars in the science fiction field, pertaining to the topics of each episode.  Fans can see special concept art, iconic imagery from famous film, and rare and previously unseen content from across this galaxy-changing genre.

Be sure to purchase the full James Cameron’s Story of Science Fiction book with interviews, concept art, and more from Insight Editions.  A portion of the proceeds will go to MoPOP, Seattle’s Museum of Pop Culture.

What You Are Missing on Sideshow Instagram- May 21st Edition