The Merc with a Mouth has leveled up and is more dangerous than ever! The Armorized Deadpool Sixth Scale Figure by Hot Toys is the first piece in the Armorized Warrior Collection. This original, diecast collectible features Deadpool in an intricately designed armored suit, ready for action and plenty of quips.

Painted in his signature red and black colors with a matte finish and dark silver highlights, the figure has a newly crafted helmet with LED light-up eyes, as well as light-up features on his chest and hands. Naturally, Deadpool comes with an assortment of weapons including a pair of katanas, sai, a dagger, and shuriken, as well as pistols which can be combined to create a heavy machine gun. Highly articulated and with a variety of hands, the Armorized Deadpool figure can be posed in numerous dynamic ways.

The Exclusive Armorized Deadpool (Special Edition) comes with an energy cannon as an additional weapon. 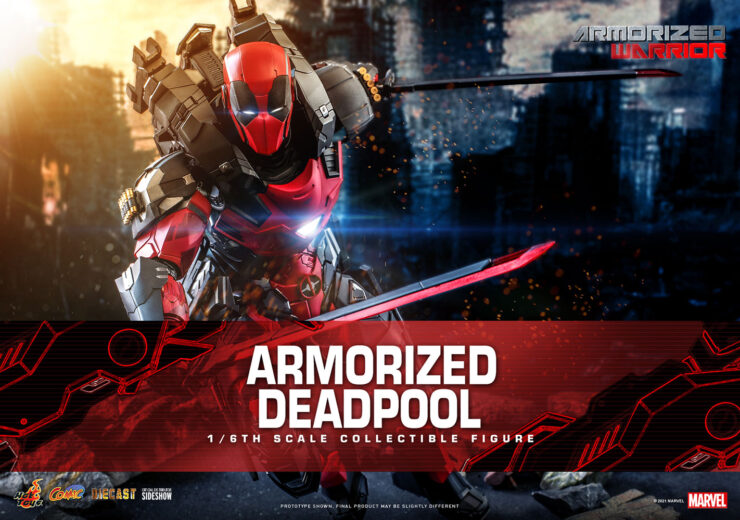 Deadpool is an expert marksman, a master of various martial arts, and a frequent user of katanas, but who knows if he also owns a set of heavily weaponized armors? The Armorized Warrior Collection reimagines fan-favorite characters in stylish, armored outfits inspired by their signature looks. You’ve heard of a knight in shining armor, but you’ve probably never heard of a Deadpool in black-and-red armor — until now! 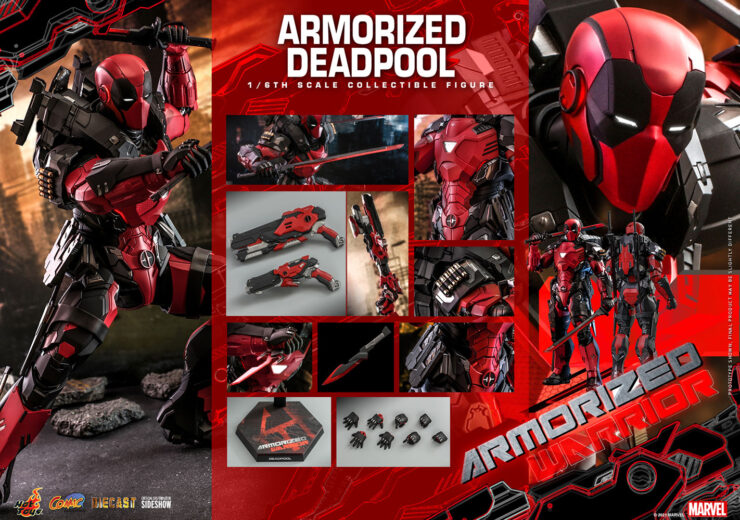 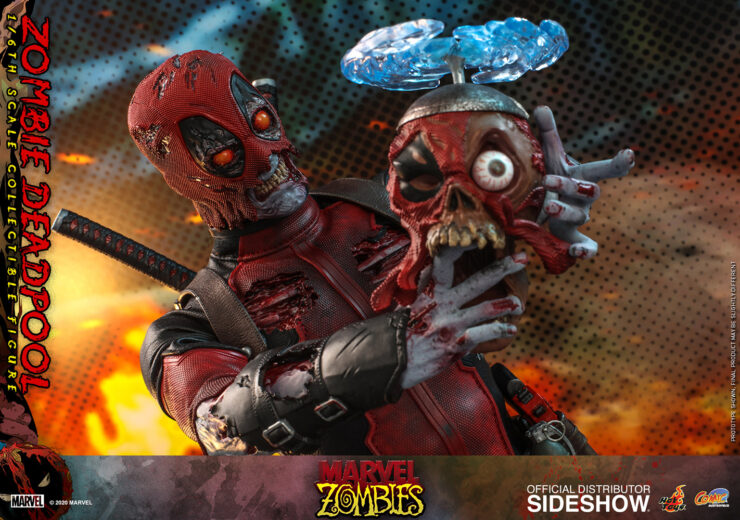 The undead Zombie Deadpool Sixth Scale Figure by Hot Toys is ready to creep into your collection. Available now from Sideshow. 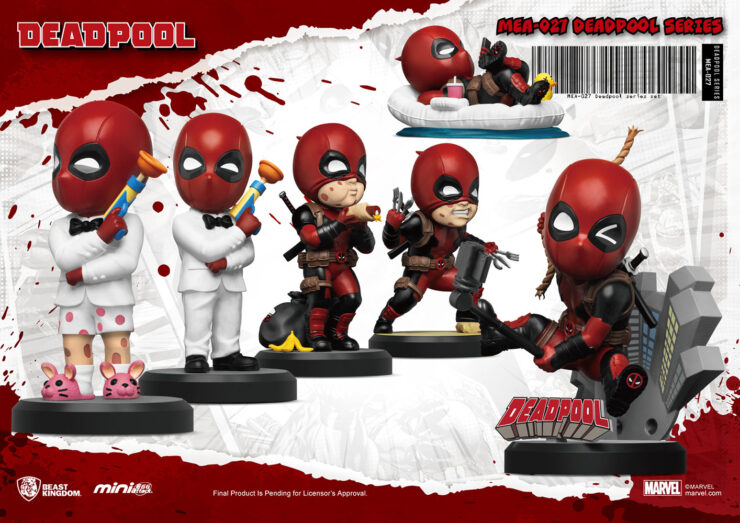 A collection of six different designs, the Deadpool Mini Egg Attack Series Collectible Set by Beast Kingdom has a Deadpool to fit any mood. Grab this collectible set now from Sideshow.

Paint the town red and add the Armorized Deadpool Sixth Scale Figure by Hot Toys to your Marvel collectibles display! Then show off your collection over at side.show/geekgroup, and don’t forget to Let Your Geek Sideshow!

Transformers Gift Guide: Add a Spark to Your Collection!