The Black Widow (Snow Suit) Sixth Scale Figure is beautifully crafted based on the screen appearance of Scarlett Johansson as Natasha Romanoff/Black Widow in the Marvel Studios’ Black Widow. This figure features a newly developed head and hair sculpture with delicate detailing as well as a finely tailored white tactical uniform.

Her highly detailed weapons include a pair of standard batons and a pair of articulated batons with 3 types of interchangeable tips, enabling different battling styles. Additional accessories include pistols and multiple pieces of interchangeable hands for signature poses. Complete the scene with a special movie-themed figure stand and character nameplate. 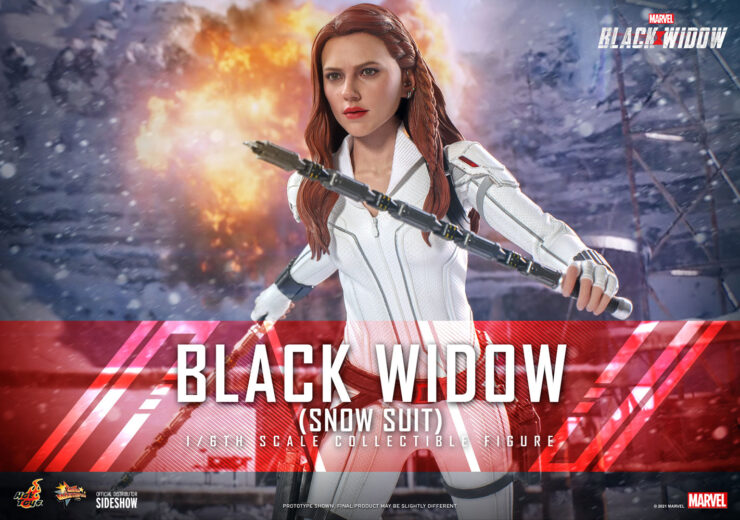 “You don’t know everything about me.”

In Black Widow, Natasha Romanoff sets off on a dangerous mission in the arctic environment of Russia. There she reunites with a group of spies from her past to stop a lethal force known as the Red Room. Through her solo film, fans learn more of Natasha’s past and meet the people most important to her, all while the S.H.I.E.L.D. agent and Avenger dismantles the institution that harmed her and thousands of other young women. 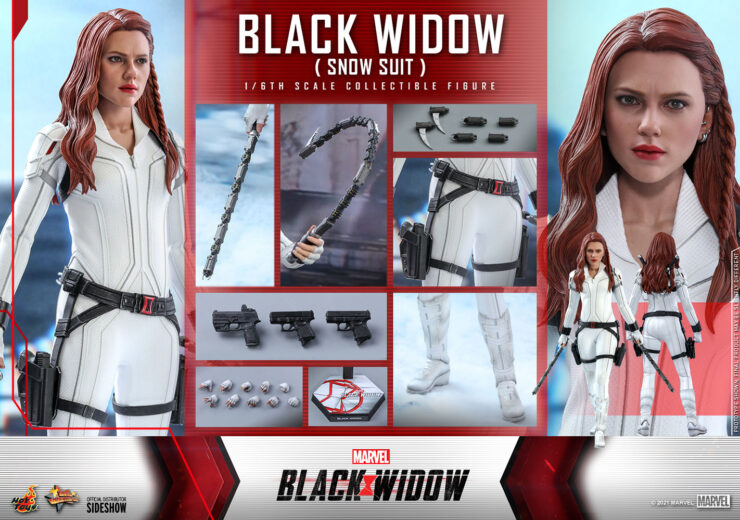 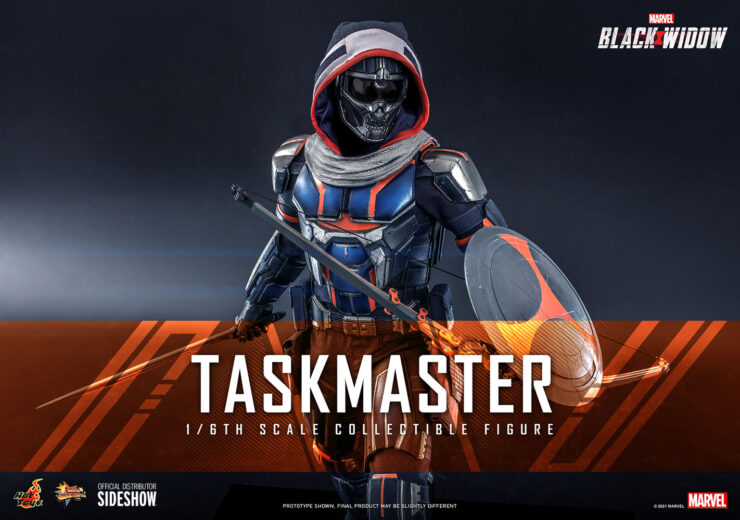 A deadly assassin and masterful mimic, the Taskmaster Sixth Scale Figure is ready to be posed with Natasha in the coolest fighting stances. 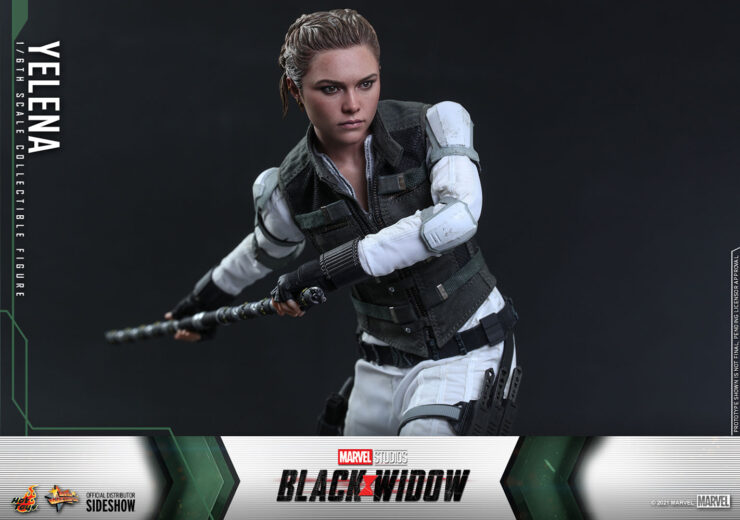 Keep the family together! Add the Yelena Belova Sixth Scale Figure alongside Natasha for the ultimate sister team-up. Bonus points if they both do The Pose.

Become your own hero and add the Black Widow (Snow Suit) Sixth Scale Figure by Hot Toys to your Marvel collectibles display! Then show off your collection over at side.show/geekgroup, and don’t forget to Let Your Geek Sideshow!