The throne is carefully rendered with a multilayered paint finish, weathered effects, and a natural stone texture, as well as all the detailed carvings and ornamentation as seen in the show.

An exclusive Special Edition is available from Sideshow and includes a Razor Crest™ hologram and a hologram of Boba Fett’s starship. 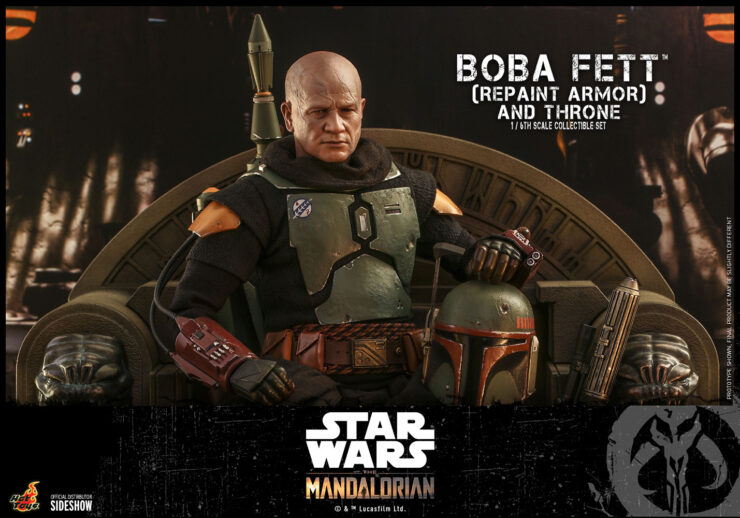 With his customized Mandalorian™ armor and deadly weaponry, Boba Fett was one of the most feared bounty hunters in the galaxy. Many thought he met his end when he fell in the horrific sarlacc pit™ on Tatooine™. But, after making a surprise return in The Mandalorian, he set his sights on Jabba the Hutt’s™ former throne, ready to start a new chapter as Daimyo of Mos Espa™. 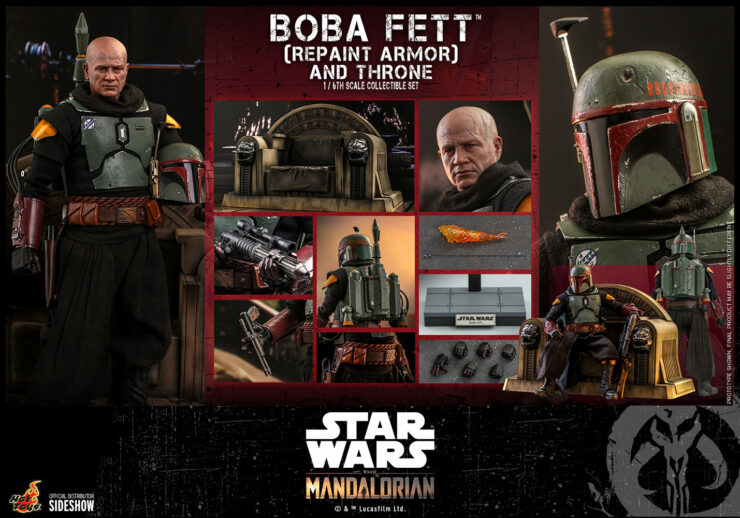 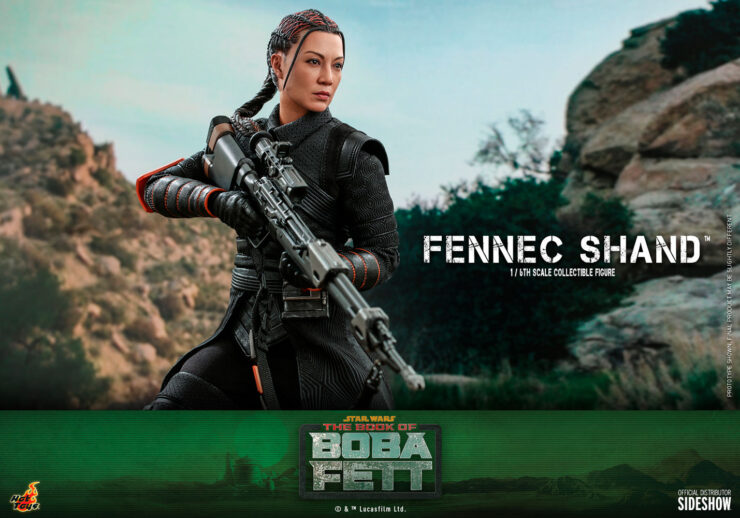 Every ruler needs a trustworthy right hand by their side, and Fennec Shand™ is more than ready for the job. She offers counsel as well as muscle to aid Boba in all of his plans. Pre-order the Fennec Shand Sixth Scale Figure today so these two bounty hunters can watch over your collection together. 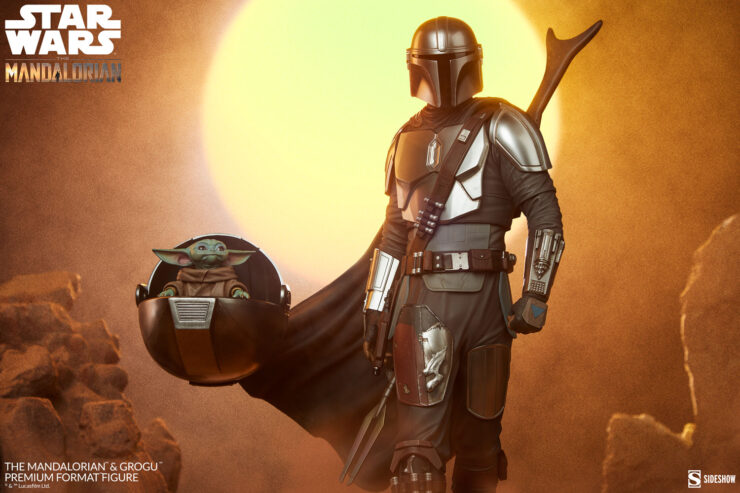 To build a strong base of operations, a leader needs allies across the galaxy. That’s why Boba Fett knows he can rely on The Mandalorian™ and Grogu™ for a couple helping hands. Add The Mandalorian and Grogu Premium Format™ Figure to your collection today!

Secure your criminal underworld and add Hot Toys’ Boba Fett (Repaint Armor) and Throne Sixth Scale Figure Set to your Star Wars collection! Show off your collection over at side.show/geekgroup, and don’t forget to Let Your Geek Sideshow!