Zombie Hunter Spidey is the first sixth scale collectible figure from Hot Toys’ What If…? Collection and is based on Spider-Man’s appearance in the popular episode “What If… Zombies?!,” where he works alongside Hope Van Dyne, Hulk, and Bucky Barnes to prevent the spread of a zombie plague.

The beautifully crafted figure features a new head sculpt with interchangeable eyes for a variety of expressions. Spidey appears in a finely tailored classic red and blue outfit with web design and he is draped in Doctor Strange’s Cloak of Levitation, which features bendable wire and is attached by magnets. Also included are a selection of gesturing hands, web effects, and a dynamic stand for a range of poses.

Zombie Hunter Spidey, “What If… Zombies?!” 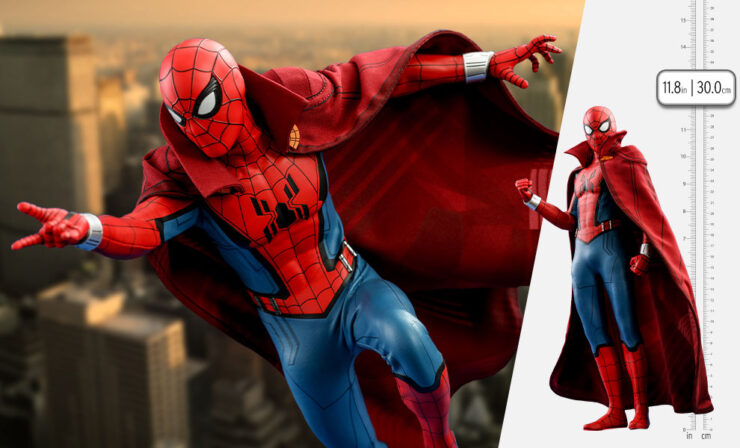 “New York! Home of the Mets, the Chrysler Building, those ladies from Sex and the City, and now, the Zombie Apocalypse!“

What If…?, the first animated series from Marvel Studios, reimagines pivotal moments from Marvel’s Cinematic Universe, presenting fans with a glimpse at alternative futures and reinvented pasts.

In “What If… Zombies?!,” Peter Parker and his fellow heroes are faced with a growing threat as Hank Pym’s experiments with the Quantum Realm result in the discovery of, and subsequent release of, a devastating quantum virus after it first infects Janet Van Dyne. Spider-Man’s optimistic outlook on reality is challenged as he and Bruce Banner, Okoye, Sharon Carter, Happy Hogan, Kurt, and Bucky Barnes race to Camp Lehigh to find a potential cure. Still, tech-savvy Peter Parker comes up with a survival guide for the apocalypse and is part of the last resistance of humanity. 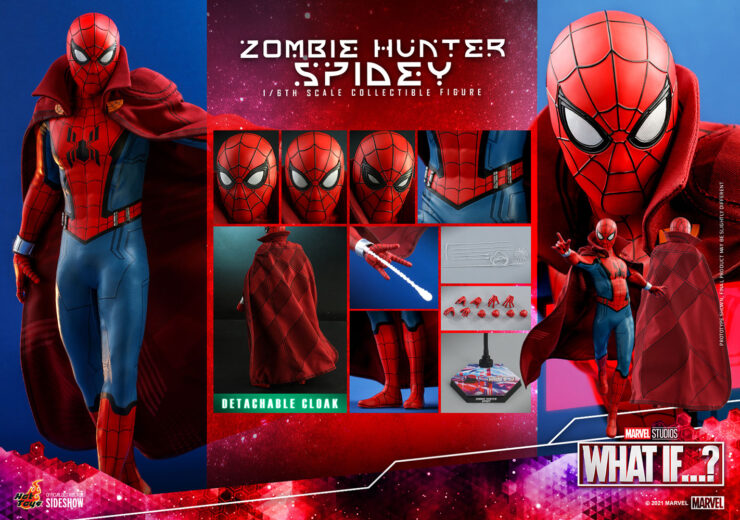 Explore the vast realities of the What If…? world with Hot Toys’ dynamic offerings from across the Multiverse. Lead your collection with the Captain Carter Sixth Scale Figure, from the Earth where Peggy Carter received the Super Soldier Serum and fought back against the forces of HYDRA! Her figure includes two unique hairsculpts that can be swapped out for added dynamic display options. 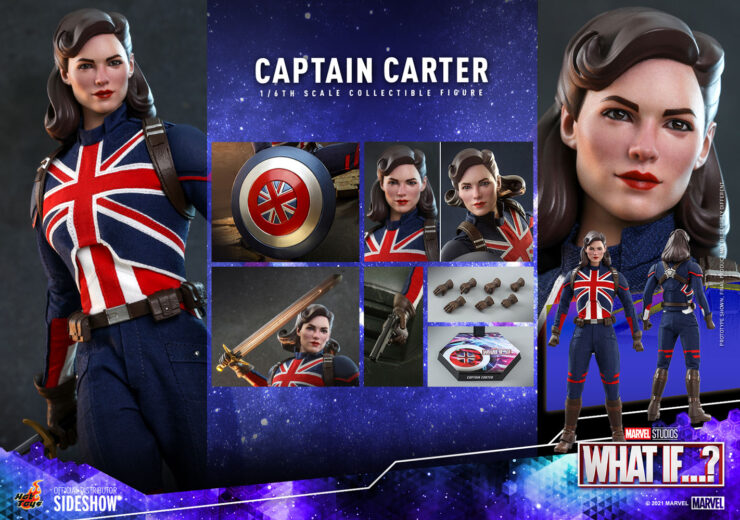 Pair Peggy with the Steve Rogers and the HYDRA Stomper Sixth Scale Figure Set and keep their dance date on your shelf. The still-heroic Steve wears a tailored fabric flight suit and can be displayed alongside or inside of the HYDRA Stomper, a massive mechanical marvel with 8 points of articulation for posing possibilities. 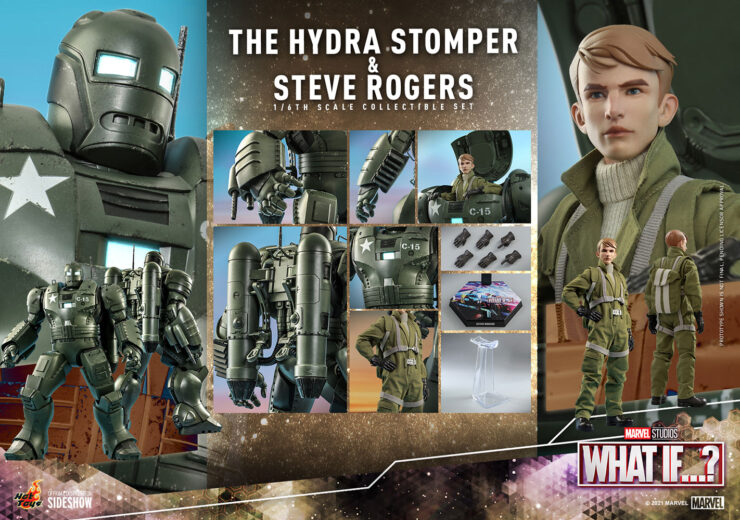 If you’re ready to break through the barriers between worlds, join forces with the Infinity Ultron Diecast Sixth Scale Figure. With the power of the Infinity Stones and a hatred for all organic life, nothing will stop him from tearing the Marvel Multiverse apart Earth by Earth. 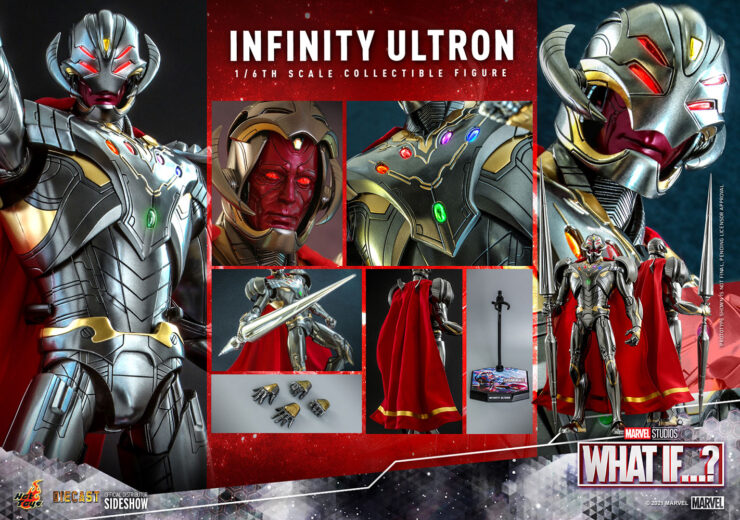 He’s got your survival guide to the zombie apocalypse — will you be bringing home the Zombie Hunter Spidey Sixth Scale Figure for your collection? Let us know over at side.show/geekgroup, and don’t forget to Let Your Geek Sideshow! 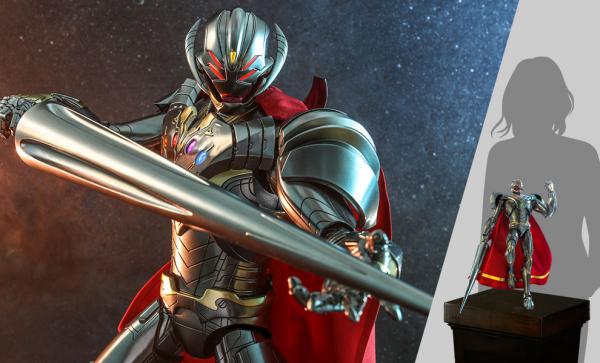 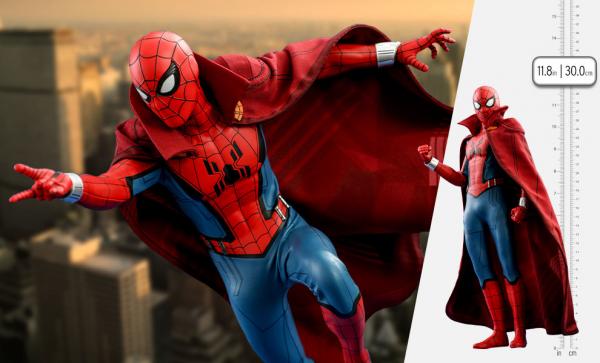 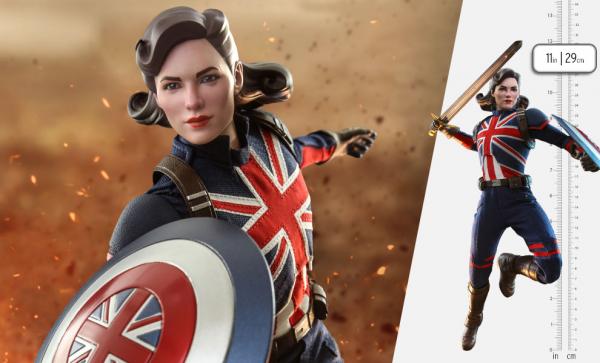 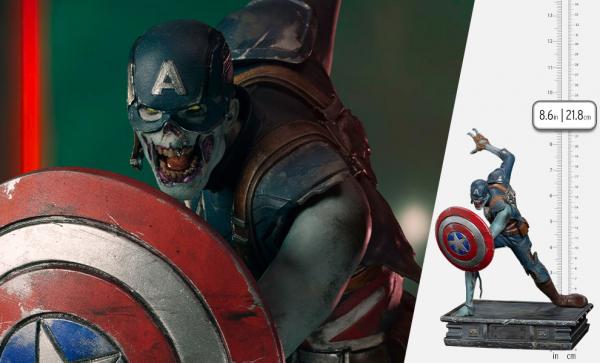