The Iron Man Mark XLVI is currently exclusively available for purchase by registrants for Sideshow’s Bestember event. The good news is that registration is open now and totally FREE. So, if you want a chance to add this Iron Man figure to your collection, be sure to register for Bestember 2022 to gain further access!

Take a closer look at everything from the figure packaging to the range of articulation and variety of accessories included in this highly anticipated reissue with the unboxing video below.


Hot Toys and Sideshow are excited to introduce fans to the Iron Man Mark XLVI Sixth Scale Figure from the Captain America: Civil War collection. This exclusive item is available only in selected markets and is sure to lend an air of authority to your collection.

The figure also comes with a pair of realistic thrust fire accessories attachable to the feet, plus a newly crafted diorama figure stand highlighting a collapsed battlefield corner to recreate the thrilling showdown from the movie. Make sure to include this masterpiece in your Hall of Armors! 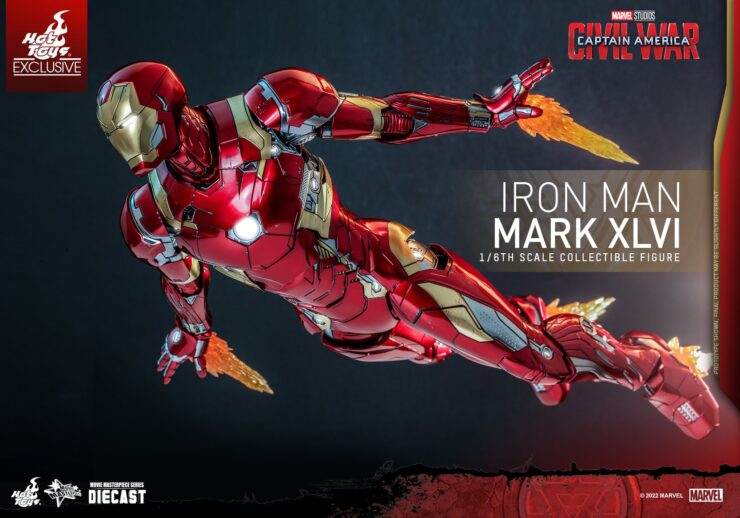 Even super heroes make mistakes — and when they do, the results are nothing short of monumental. When faced with intense pressure to submit the Avengers to the authority of the government, Captain America goes underground while Iron Man steps up to accept the new status quo. This difference in ideologies leads to a clash between the Earth’s mightiest heroes in Marvel Studios’ Captain America: Civil War. 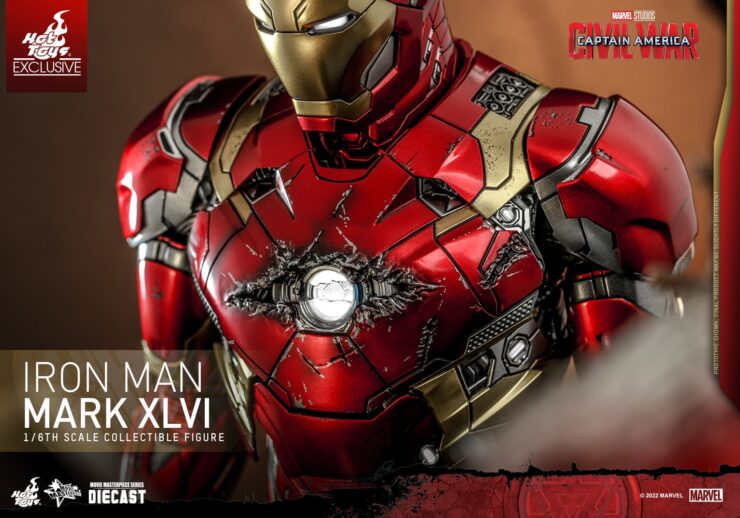 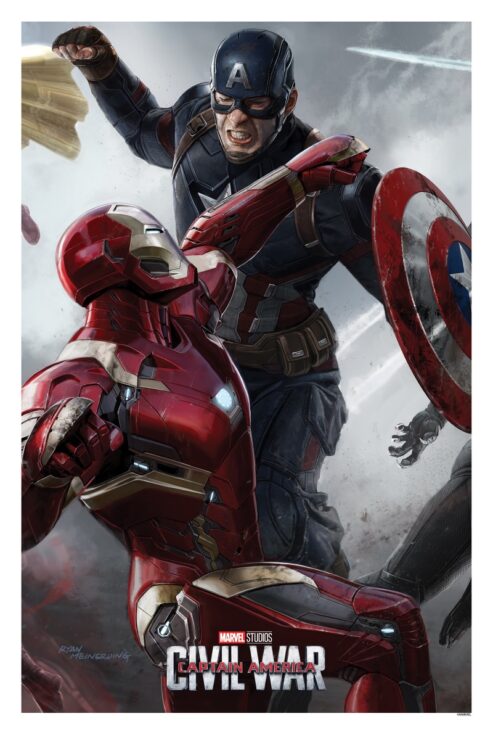 At the core of Civil War, we saw a bitter dispute between Iron Man and Captain America. Both believed themselves to be right, and both were unwilling to compromise. When former allies clash in battle, shields will shatter and suits will crack before any resolution is reached — shown here in this powerful fine art print from Ryan Meinerding. 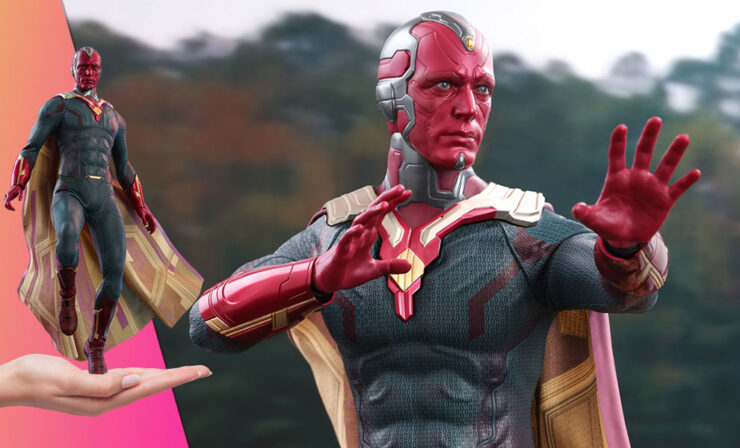 While the creation of Ultron nearly resulted in catastrophic destruction, there was one silver lining: Vision was also born. Empowered by an amalgamation of JARVIS and Ultron’s interfaces plus the Mind Stone, and constructed of Vibranium, Vision was at first a mystery. but his membership in the Avengers would prove instrumental in their ongoing missions.

Show off your collection over at side.show/geekgroup, and don’t forget to Let Your Geek Sideshow!

Why Vergil from Devil May Cry Is the Greatest Character Ever