With a remarkable likeness to Sebastian Stan’s portrayal of Bucky Barnes in The Falcon and The Winter Soldier, the Winter Soldier Sixth Scale Figure features a newly developed headsculpt, a finely tailored tactical outfit, plus highly detailed weapons including a machine gun and dagger.

Of course, Bucky Barnes’ iconic prosthetic arm is featured, displaying mechanic details and incredible painting techniques so that the Winter Soldier’s Wakandan augmentation is ready to fight (and pose) as needed. The sixth scale figure comes with a figure stand featuring the TV series logo, completing this ultra-realistic and must-have package for fans of The Falcon and The Winter Soldier. 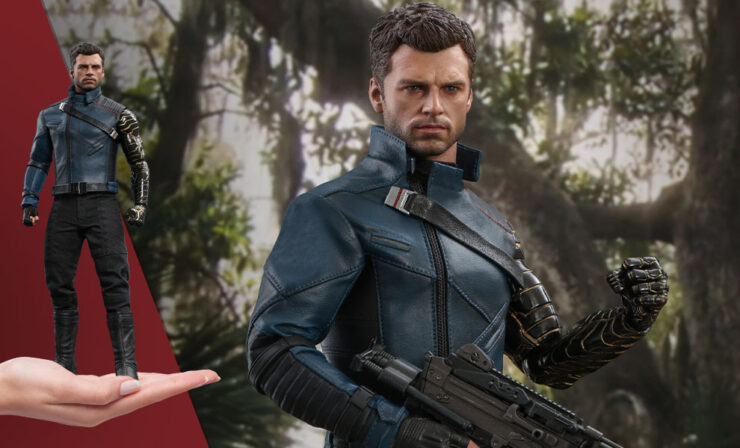 From Madripoor to Munich and Baltimore to Berlin, Sam Wilson and Bucky Barnes are quite the pair. At first, all they can do is clash. However, their fight against John Walker and Karli Morgenthau’s Flag Smashers manages to unite the two. In time, Sam is able to accept his rightful place as Captain America and Bucky continues taking steps to reconcile his past as the Winter Soldier. Shield or no shield, a hero always defends what’s right. 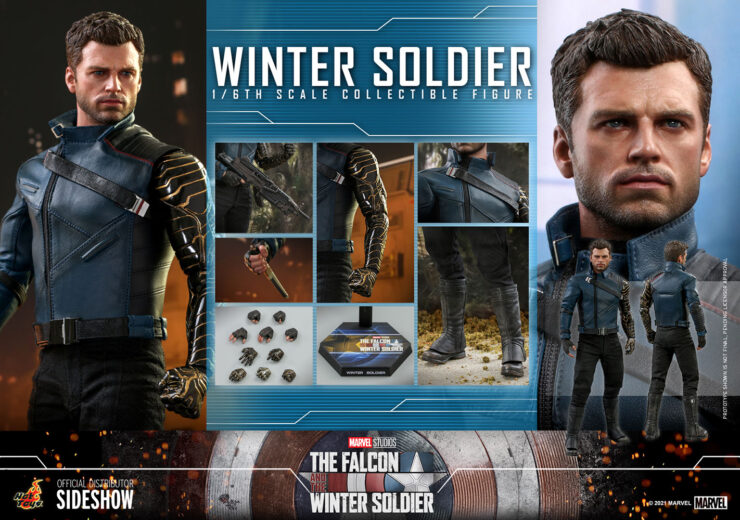 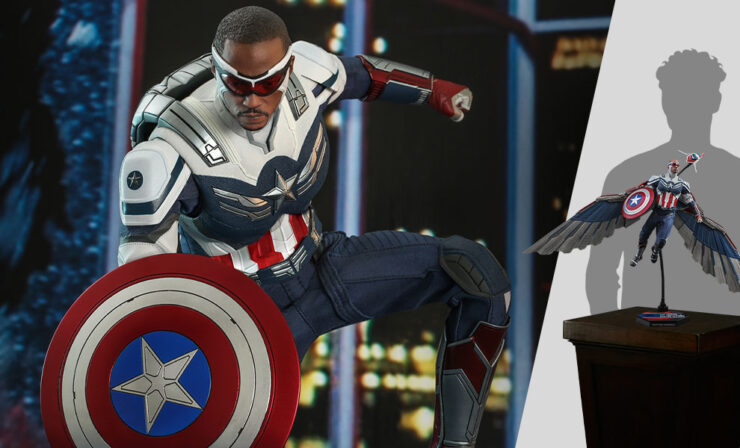 Captain America is a symbol of hope and freedom, a hero who defends those in need of defending — and Sam Wilson fits this job description perfectly. Reunite Sam and Bucky by pre-ordering Captain America today! 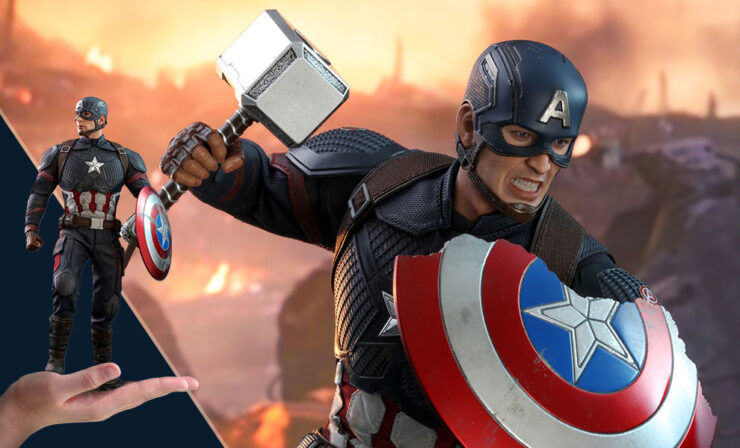 Over half a century later and the love between Steve Rogers and Bucky Barnes has never faltered — not even ice can thaw their partnership! Bring Steve Rogers home today so he and Bucky will stay together til the end of the line.

Fight for something bigger with Hot Toys’ Winter Soldier Sixth Scale Figure! Show off your collection over at side.show/geekgroup, and don’t forget to Let Your Geek Sideshow!